Between Perpignan and Nice we’d made a stop in Carcassonne and at the Camargue. Carcassonne as you will see from the pictures is a fort come walled city. It’s still very much inhabited, however it’s a mongrel of a castle, part Roman, Part this part that and then just to completely ruin it part one mans fantasy of what it should have looked like in a chivalrous age gone by. As a historical artefact the place leaves you a little bemused and if I was being harsh, frankly ripped off, mugged, taken for a ride. The  French are trying to do a forensic archaeological study to find the truth of the place and it deserves no less. However they have the same problem as Eugène Viollet-le-Duc http://en.wikipedia.org/wiki/Eug%C3%A8ne_Viollet-le-Duc , the guy who had a go at restoring in it in the 1800s to whit: all the plans of the plans were destroyed in a fire ... twice. 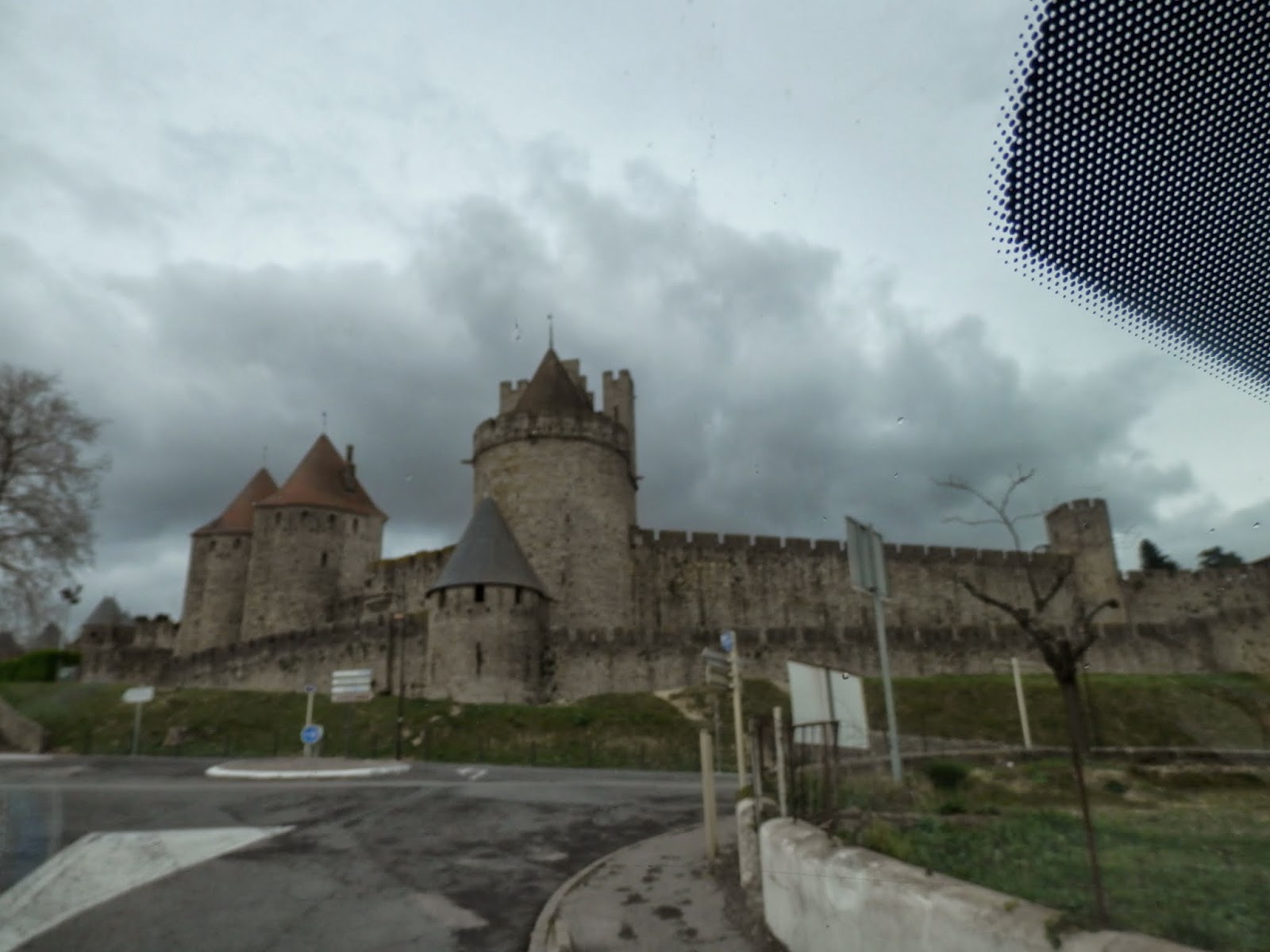 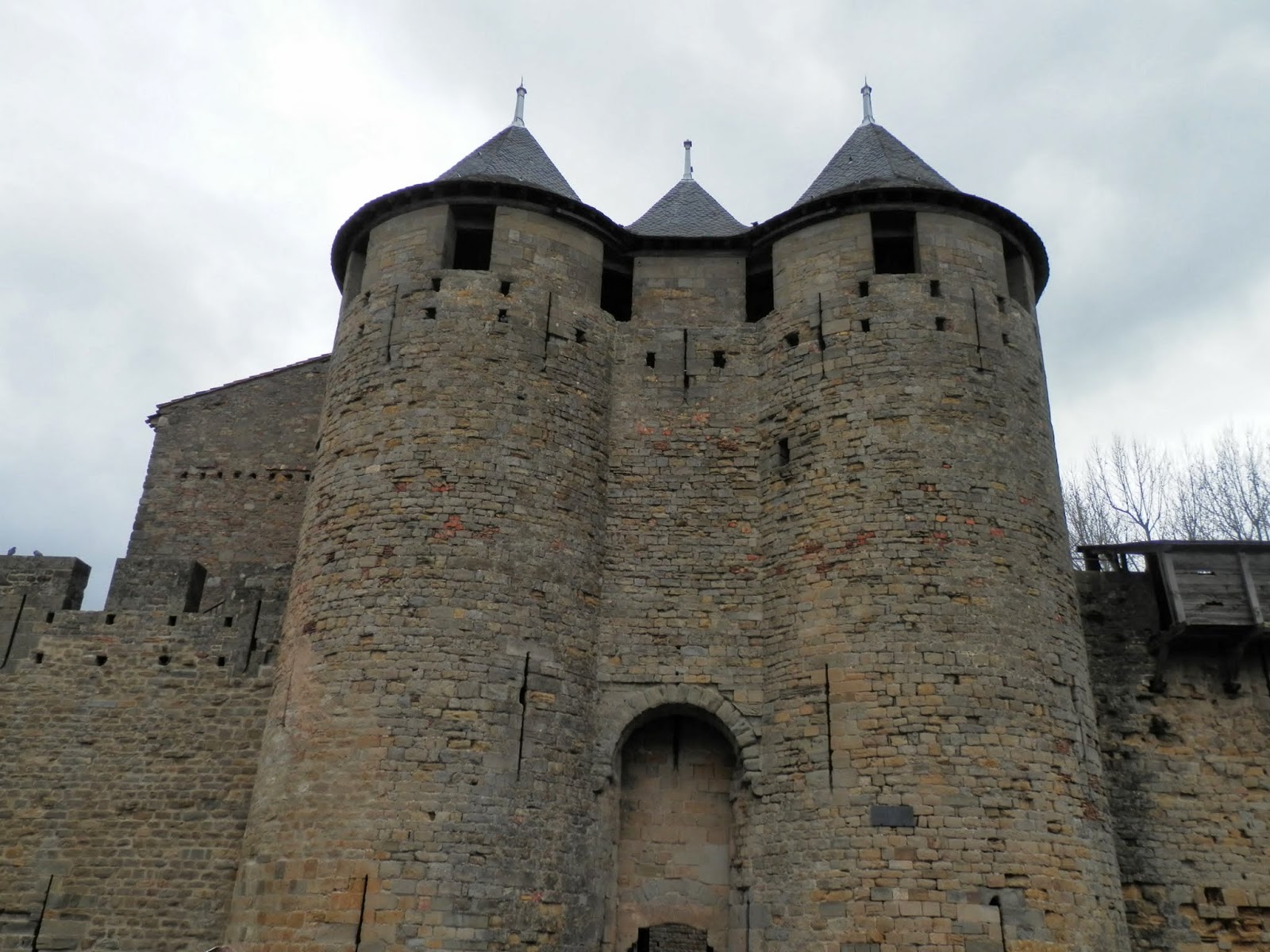 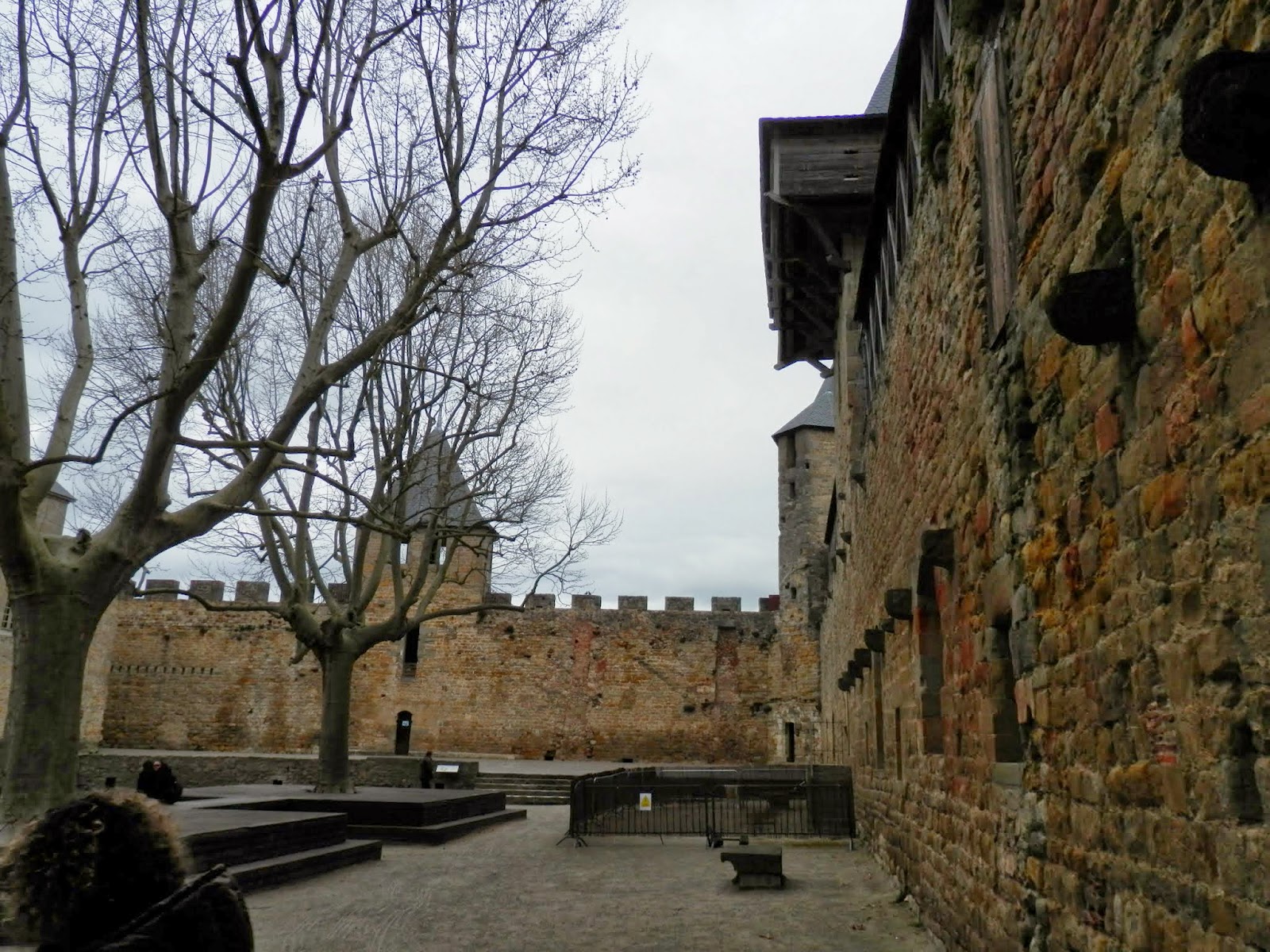 The pointy round slated roofs where once would have been battlements are one of the glaring flaws with his restoration, more fairy tale princess than place to hurl boulders and pour boiling oil from. In places its historically true but in others its just delusional twaddle in badly cut stone or worse (I think) concrete. Apparently its restoration is considered to be a work of genius by some ... shows what I know. 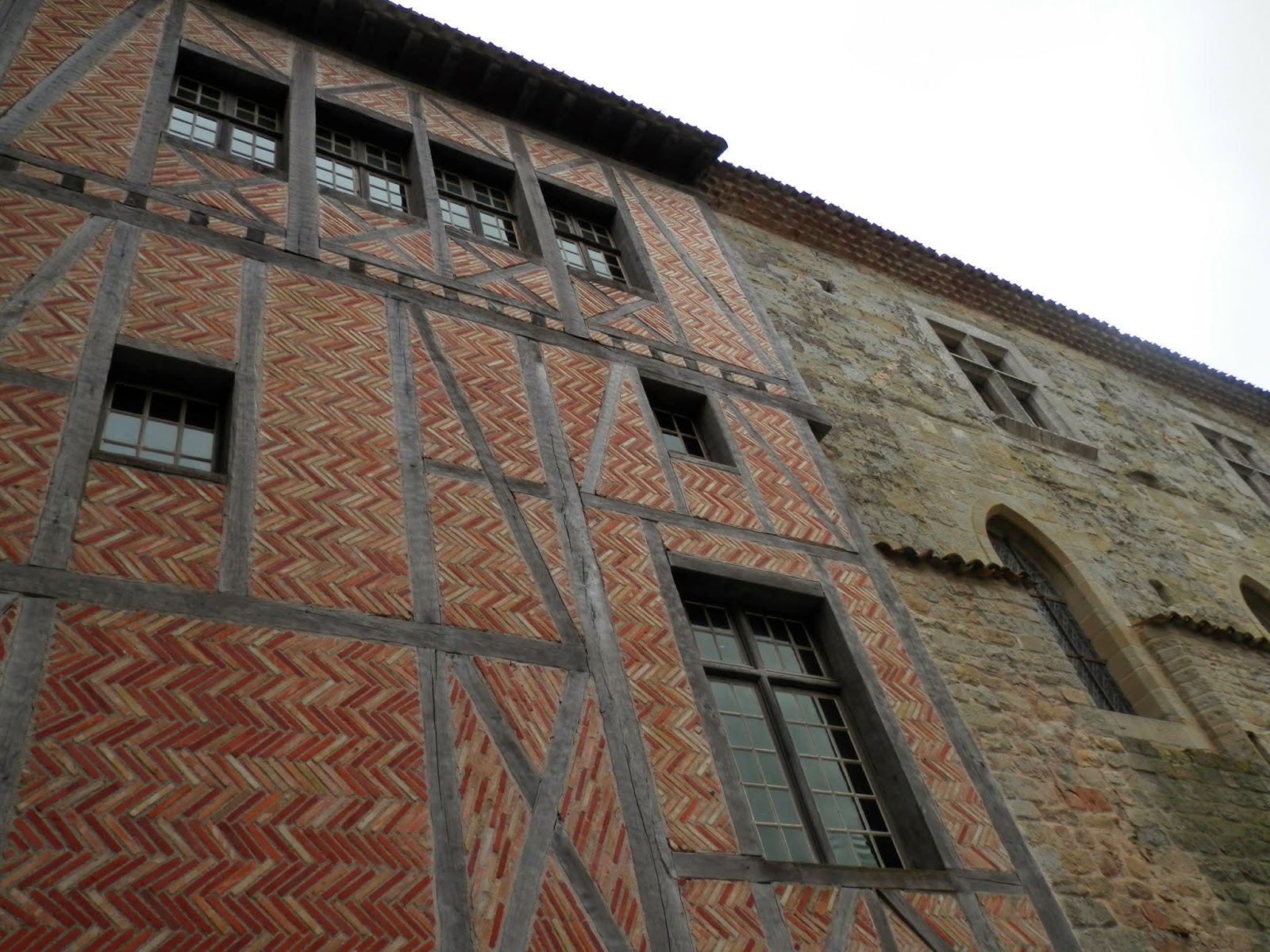 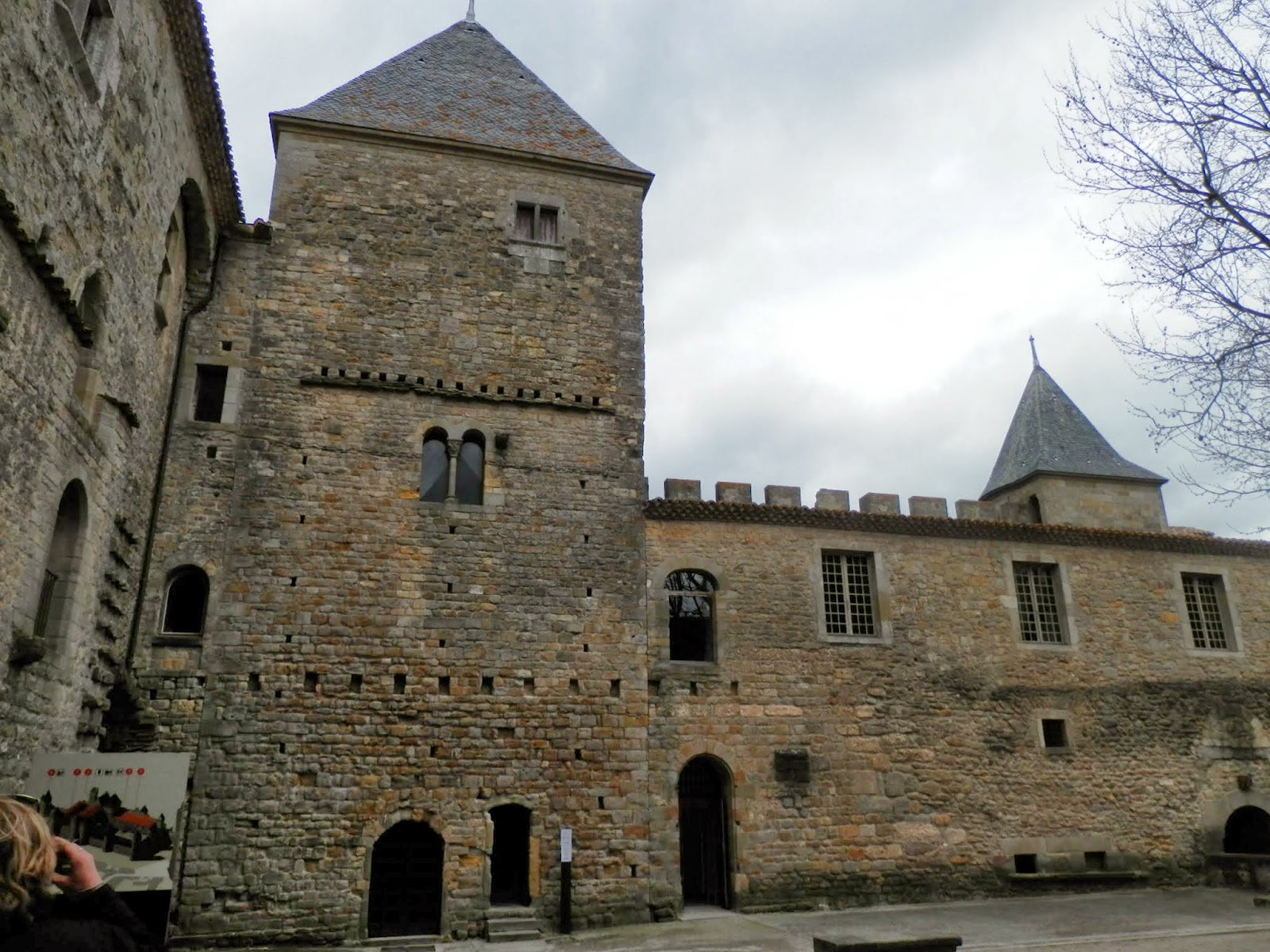 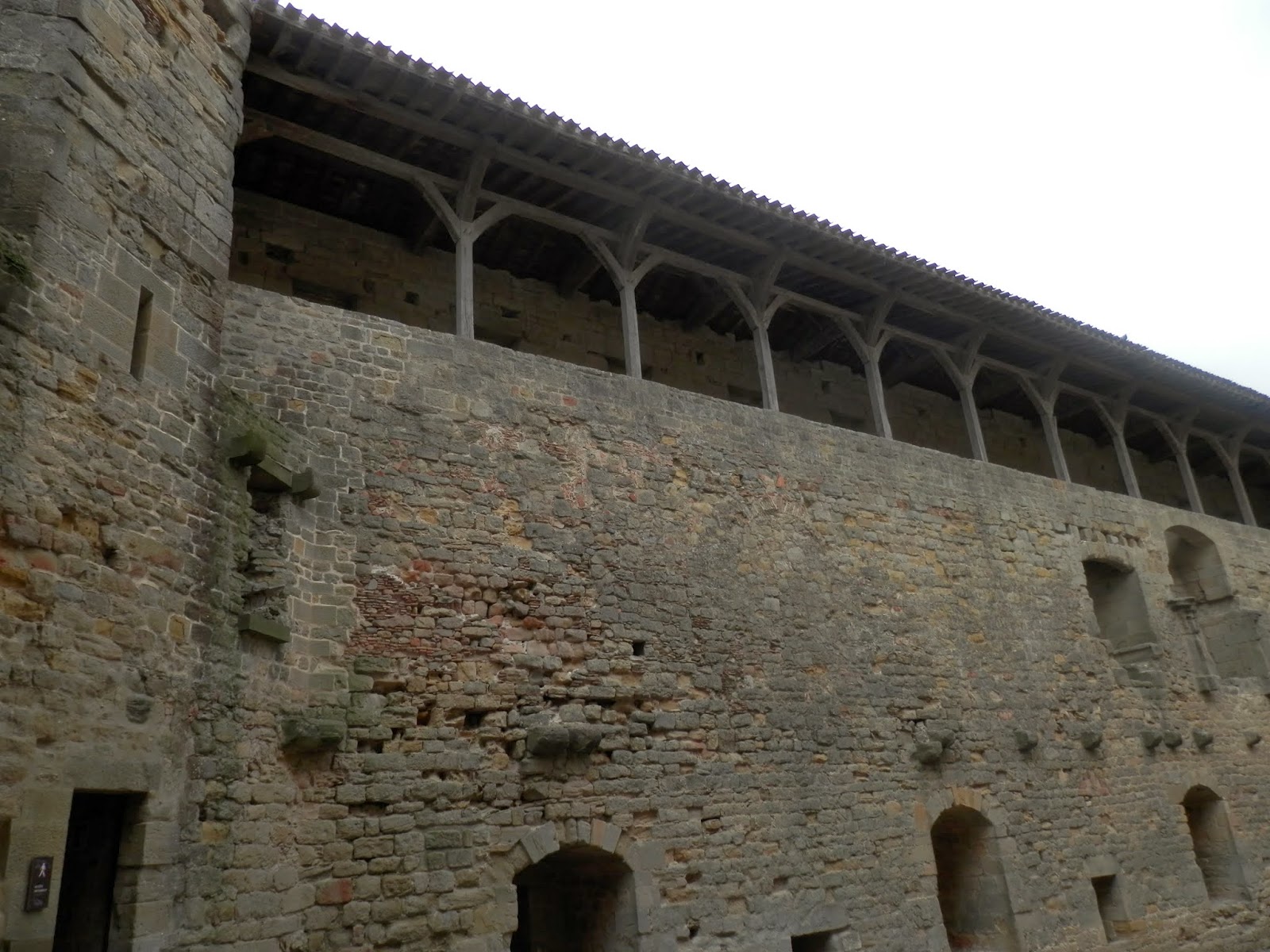 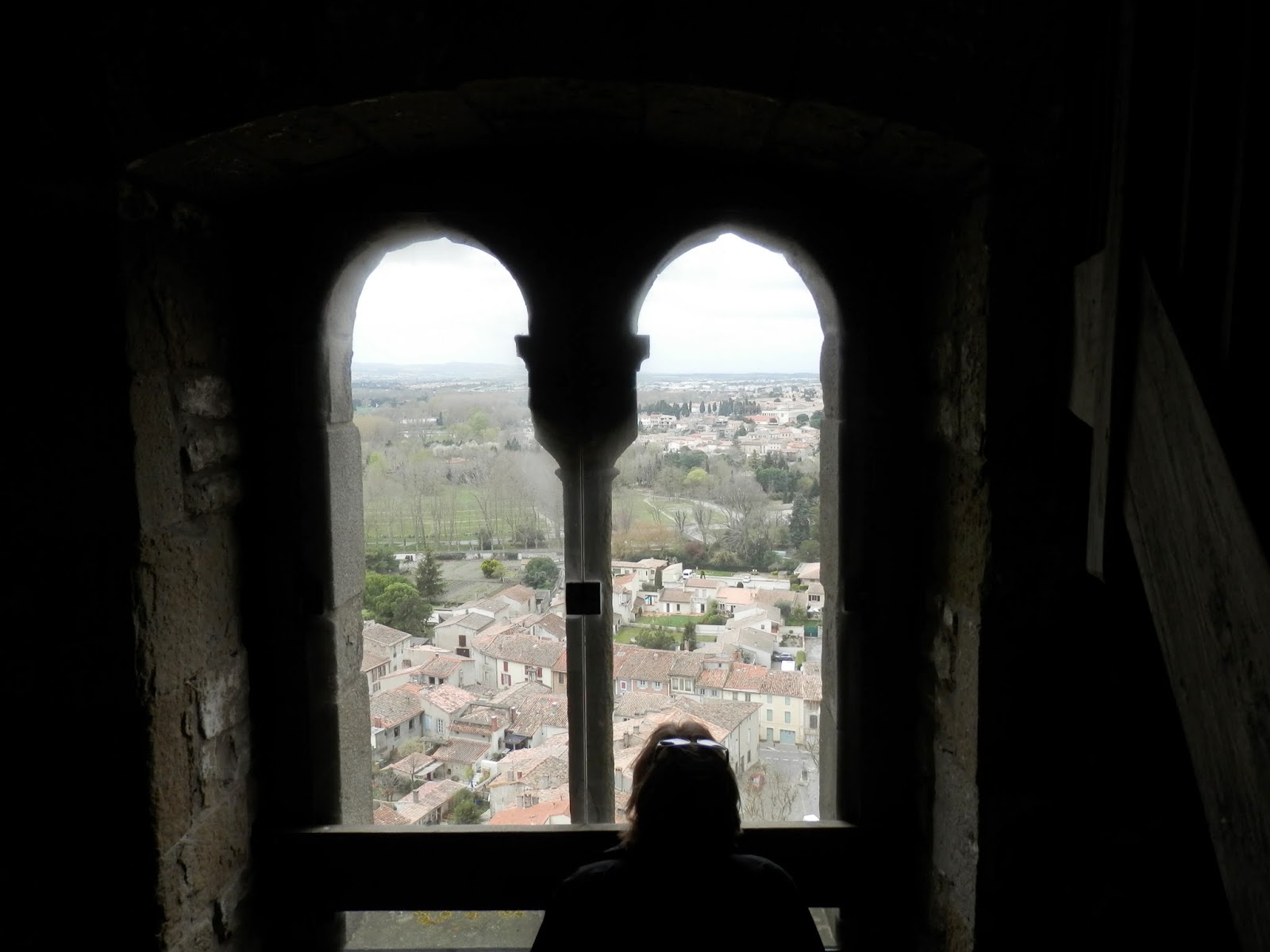 The whole city, is full of souvenir shops selling all manner of tut, from sweets to biscuits, steam punk clothing, gothic apparel, and all the usual crap, mugs, t-shirts, fairy costumes, wooden swords and bows and arrows and knives and swords ... I wondered looking around at the knives and swords if France has a problem with knife crime and the ownership of knives by the wrong sort of people. 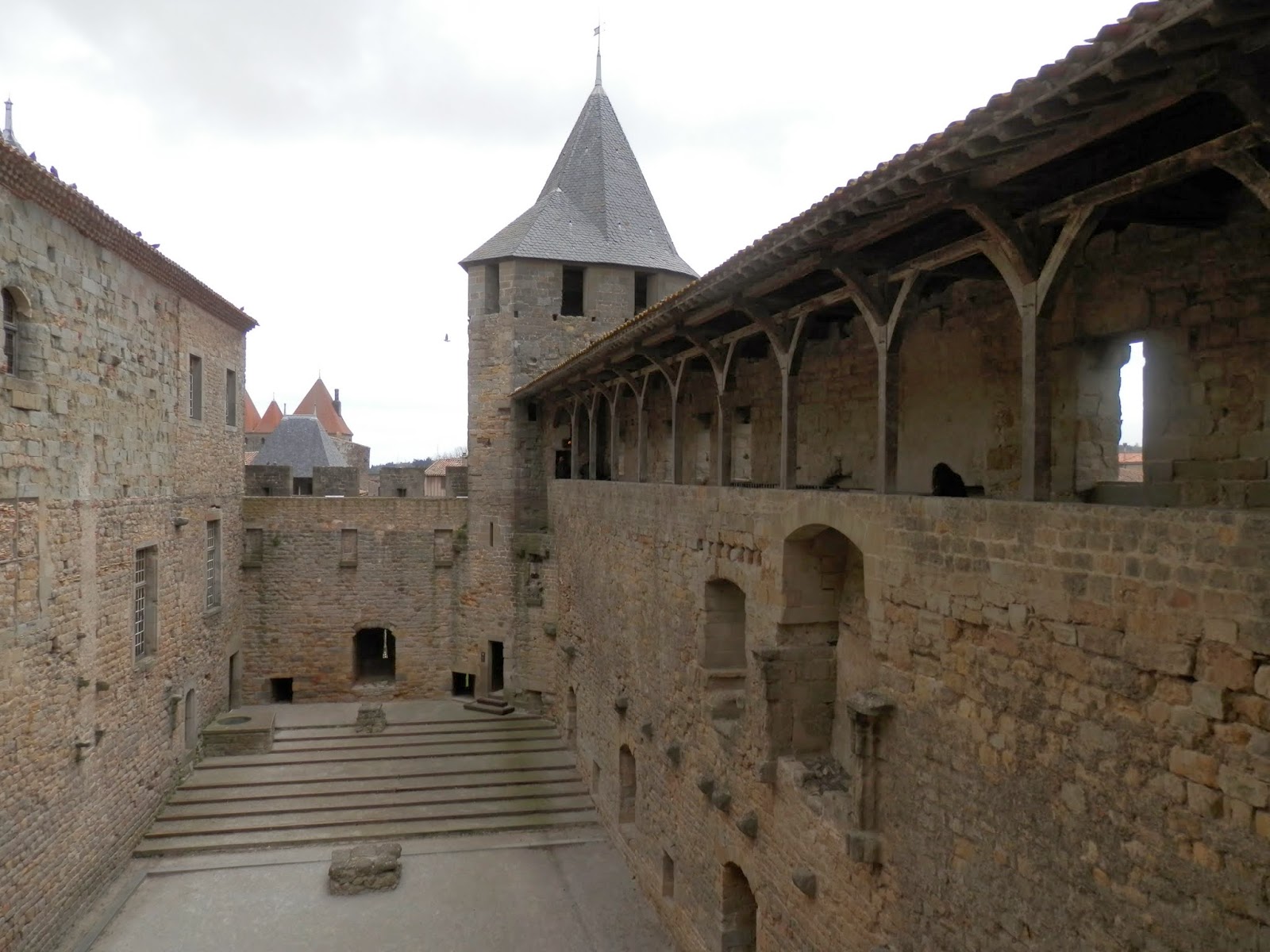 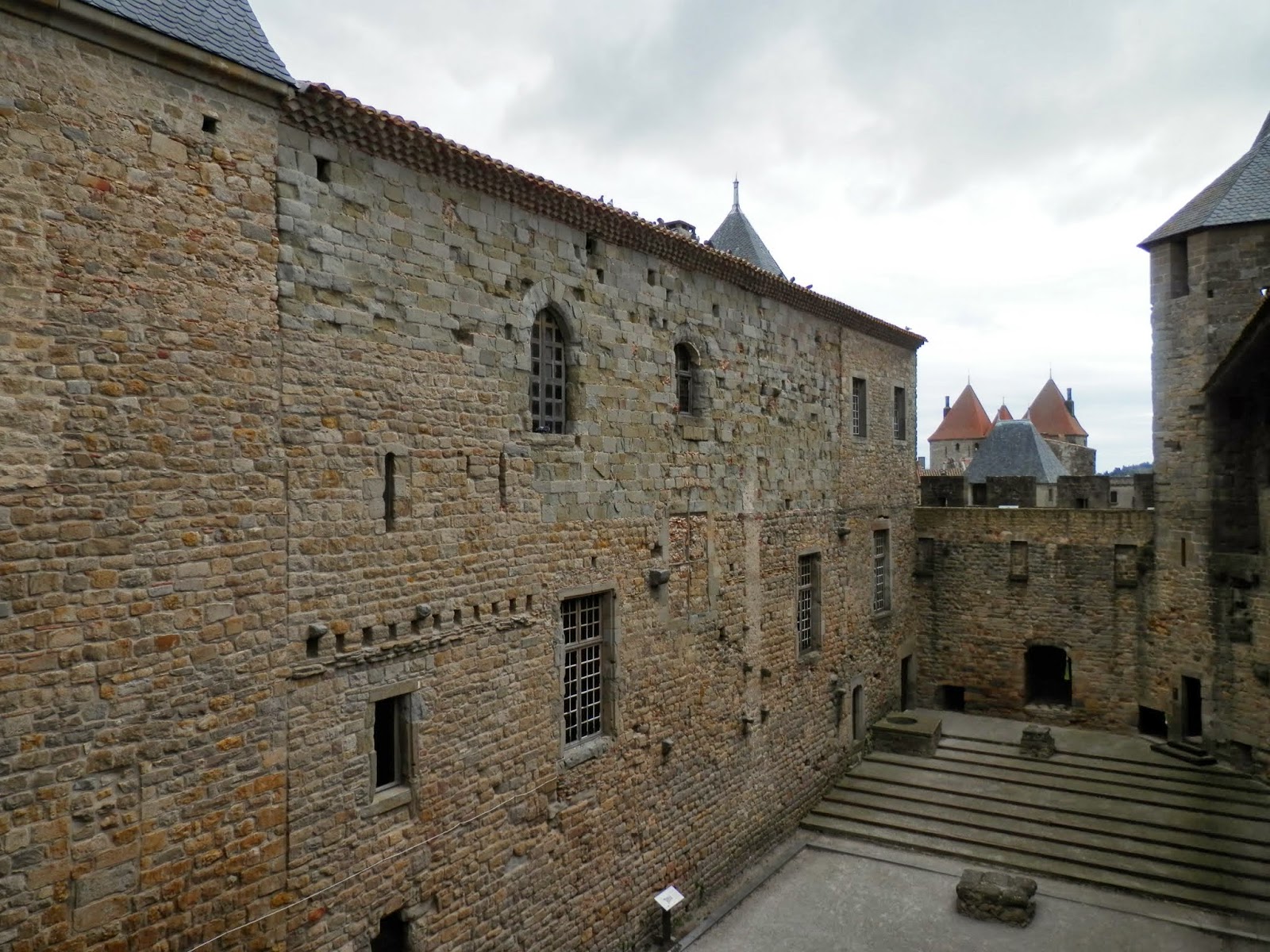 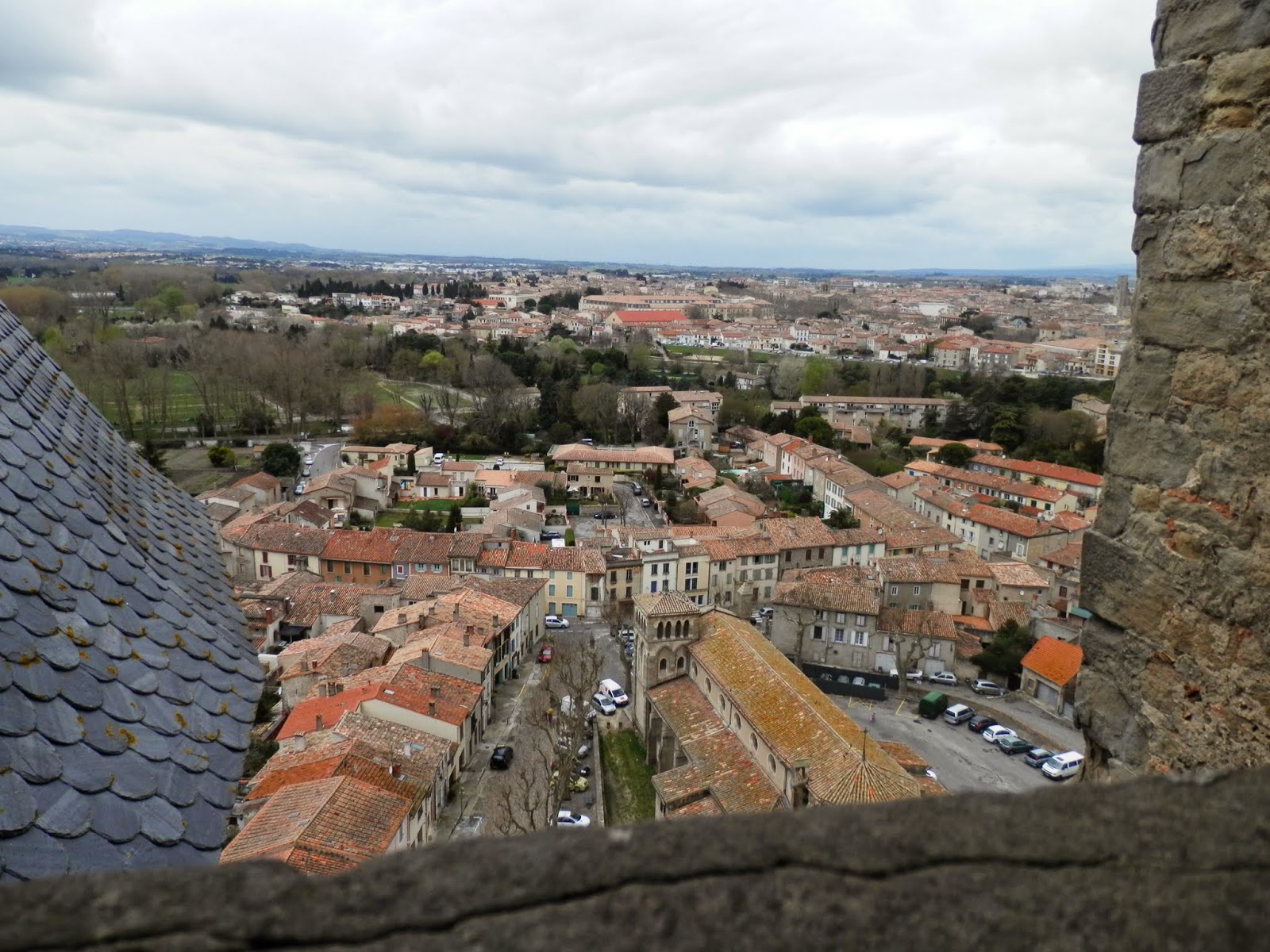 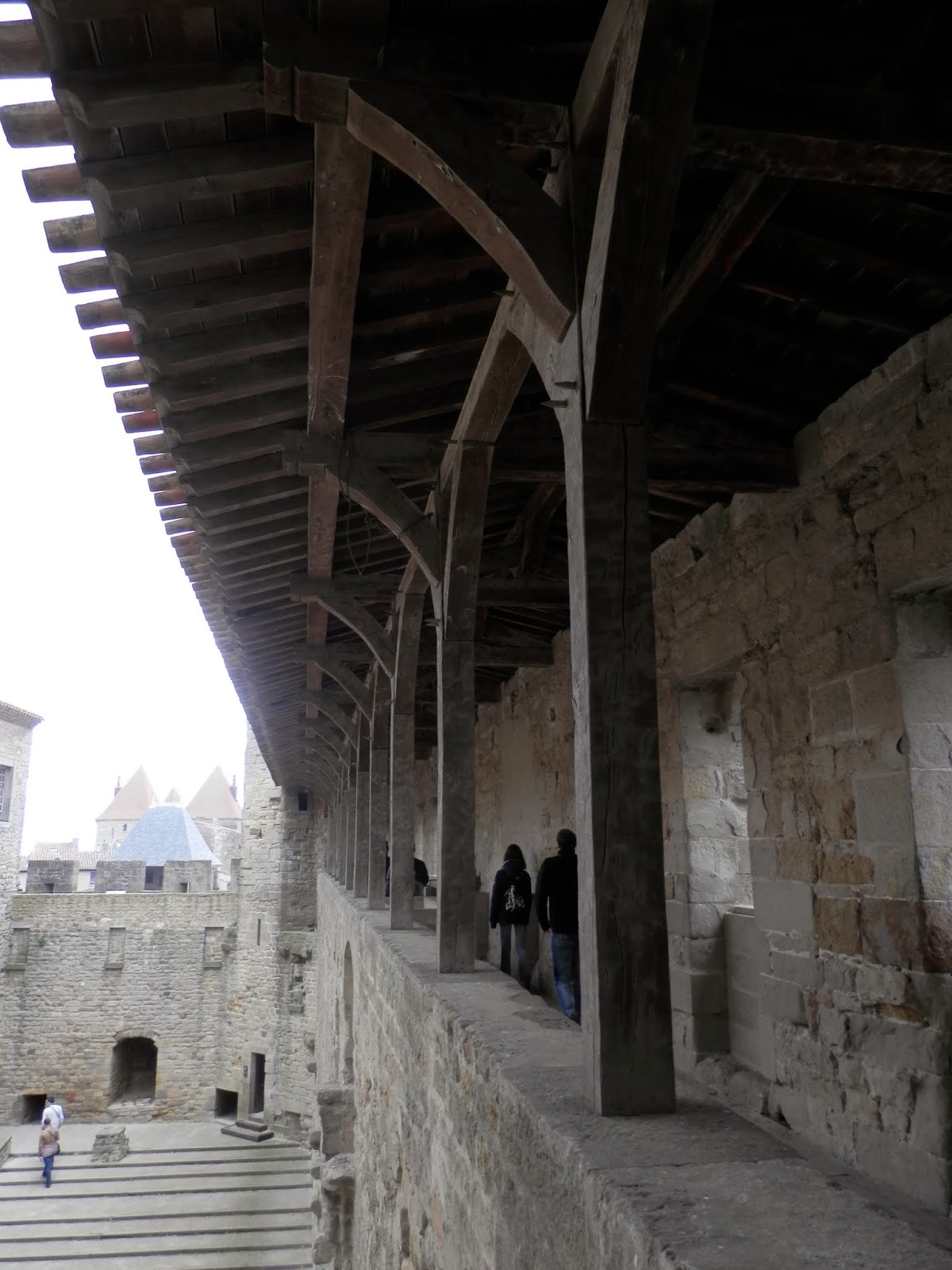 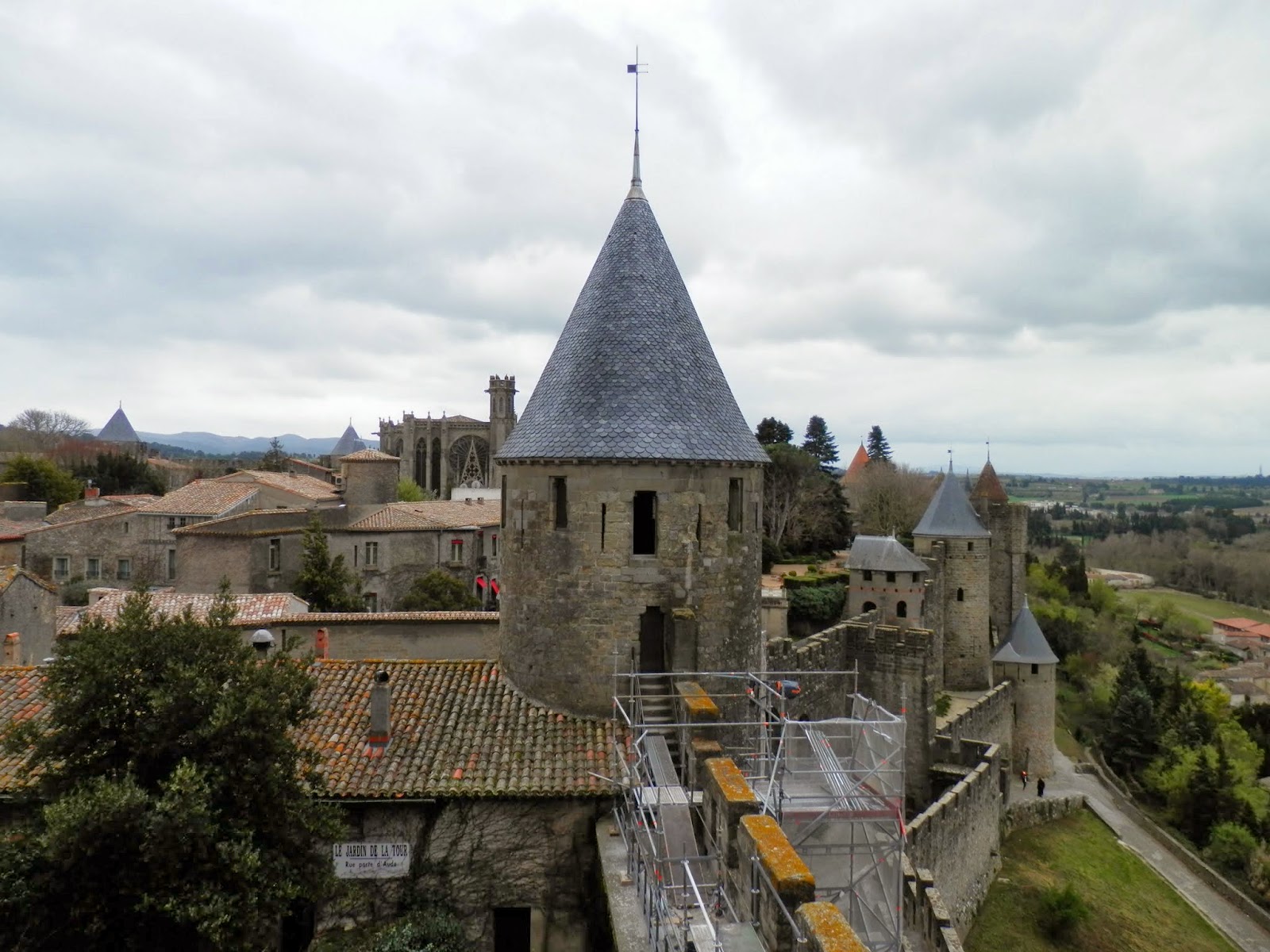 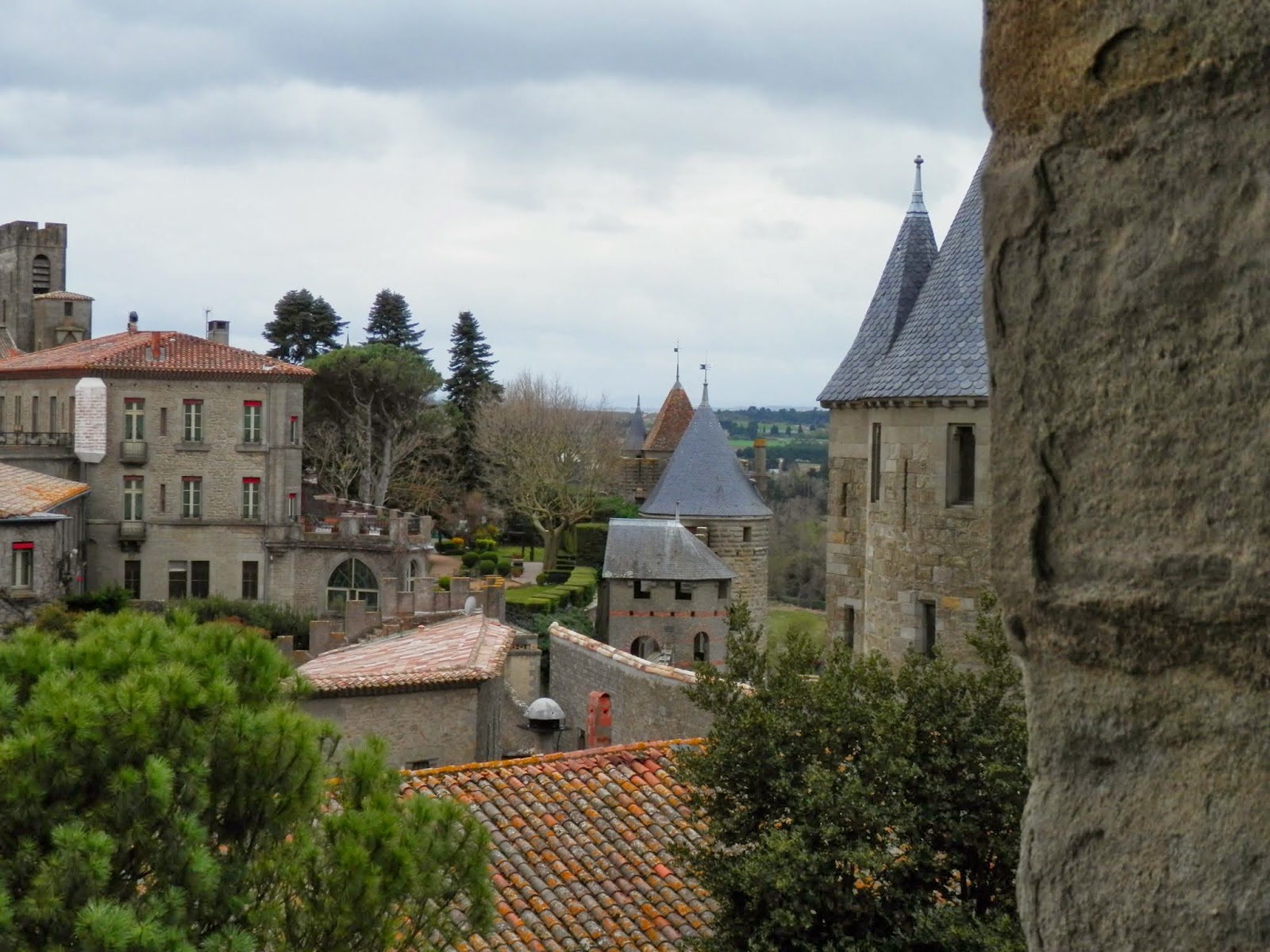 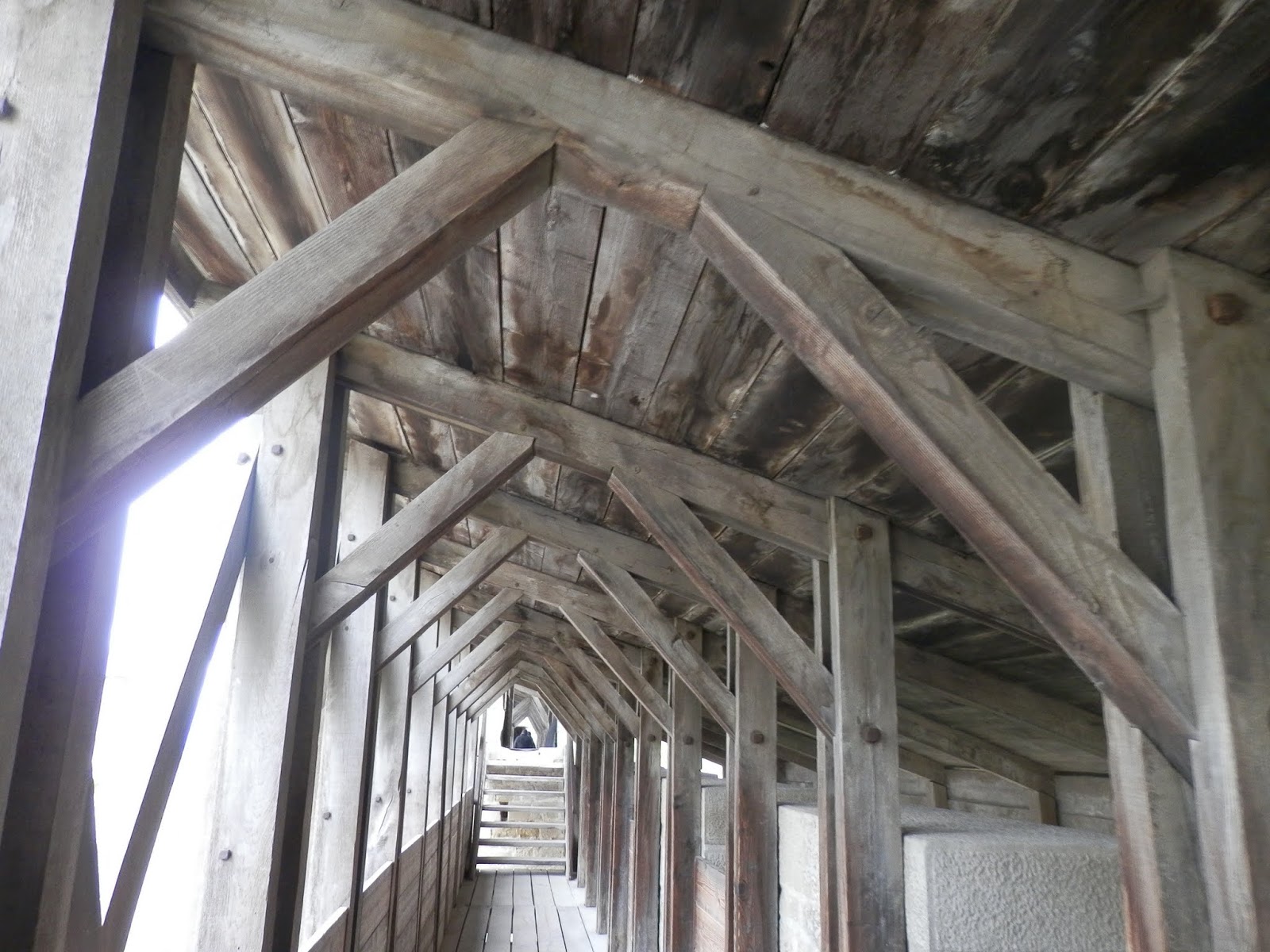 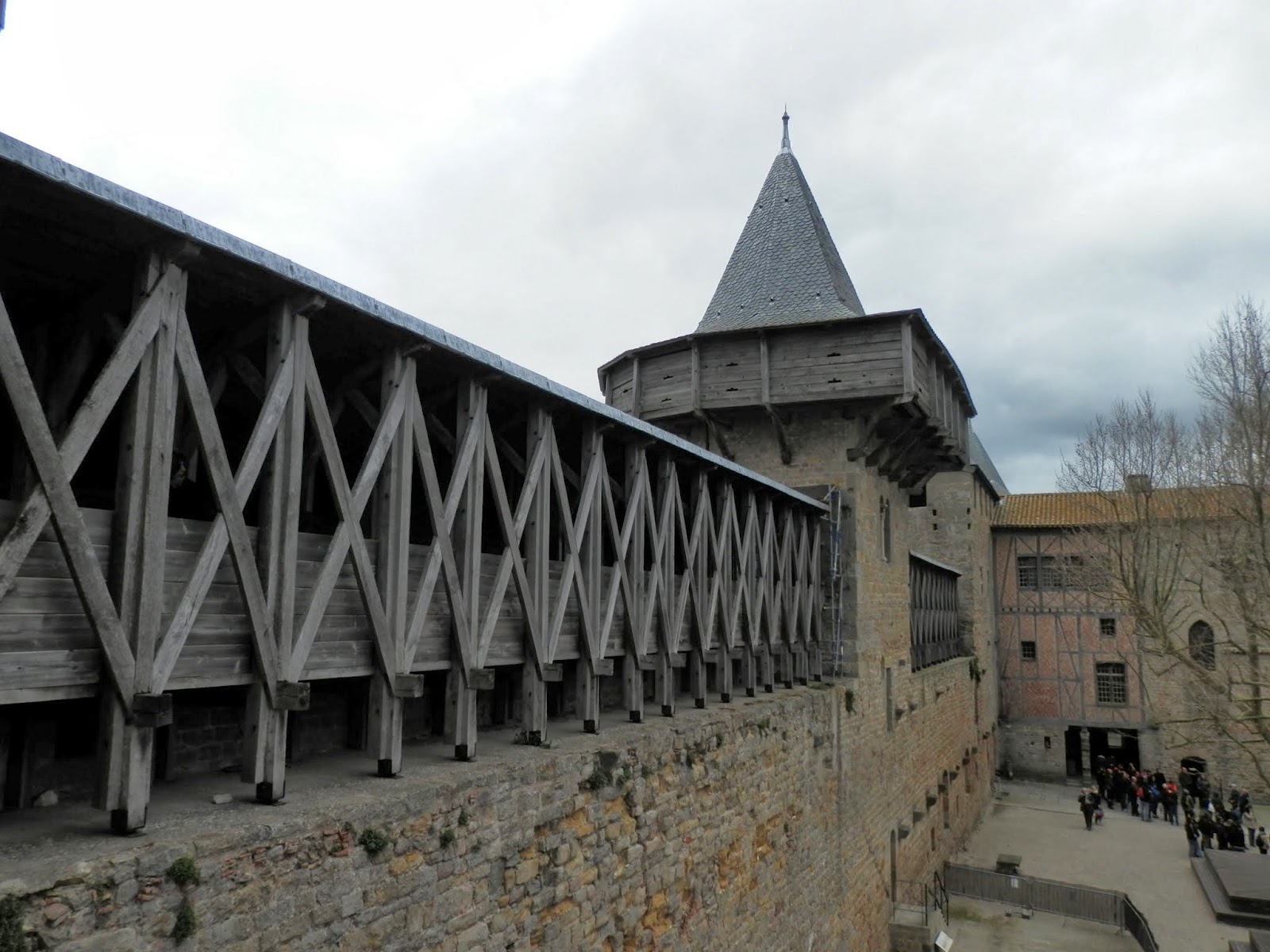 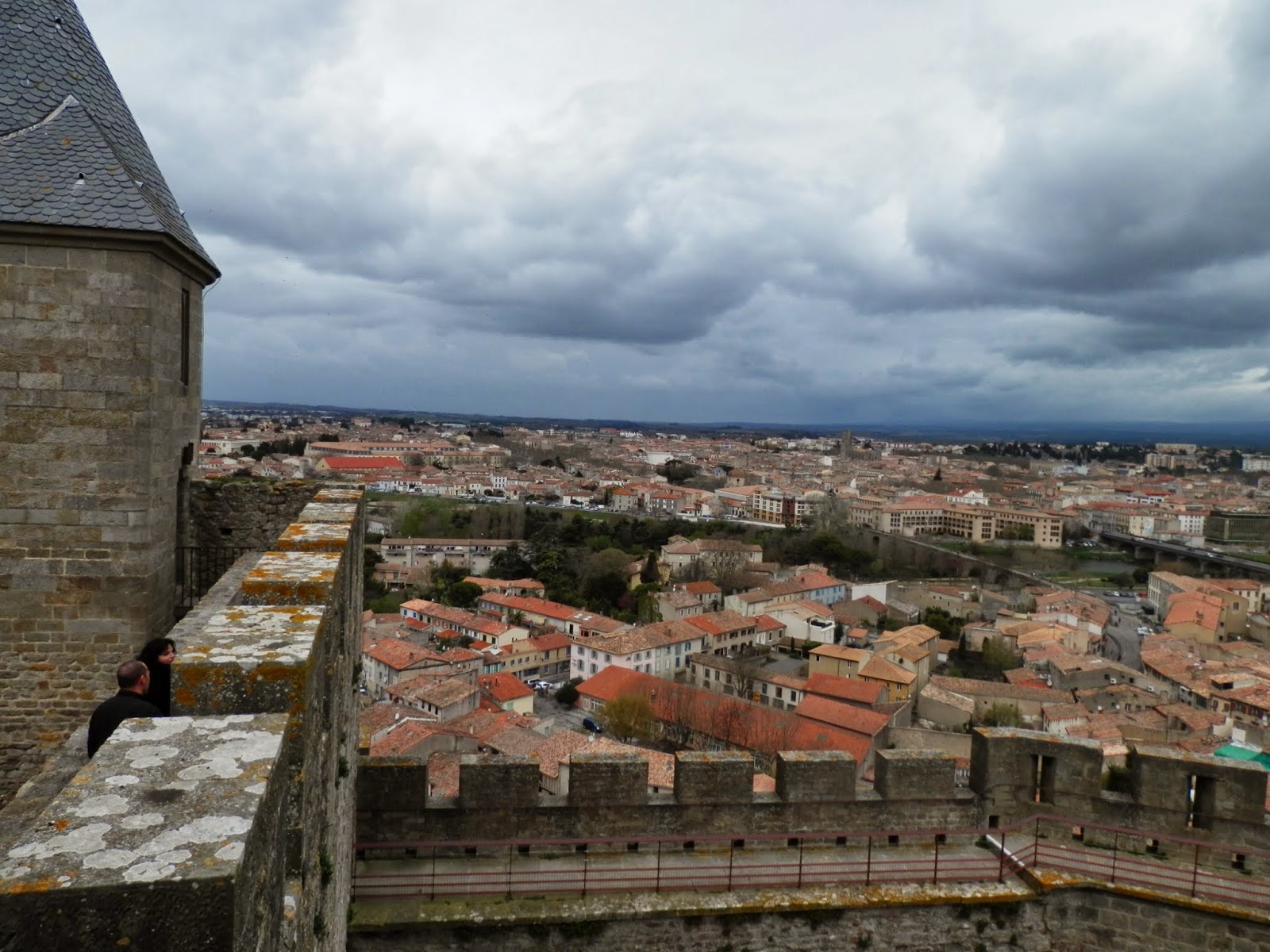 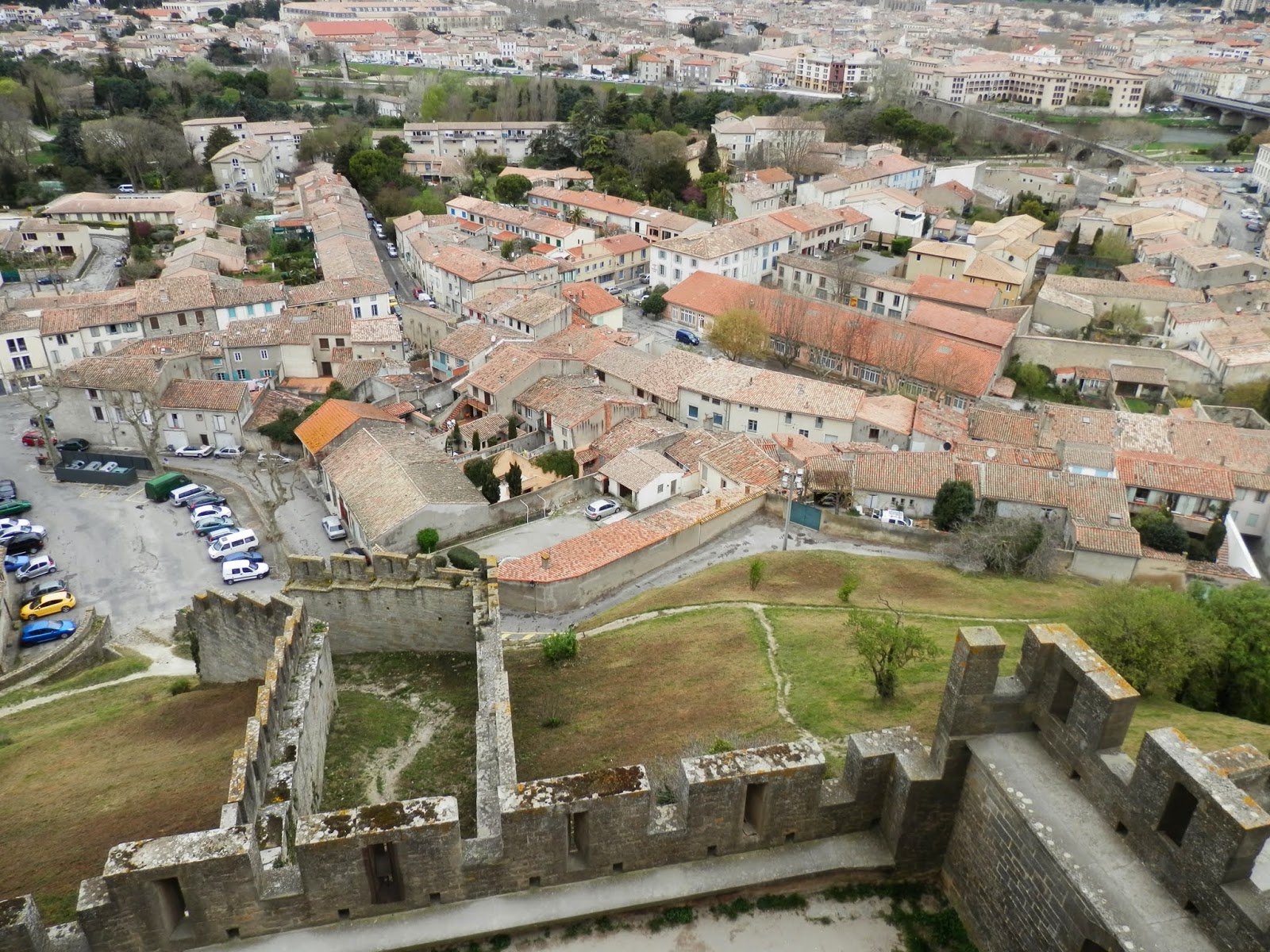 For us Carcassone was a French Medieval mini theme park come bijou (if not entirely naff) mall, however it was over-run with tourists on what was a cold wet day, so someone must have done something right.