Leaks Are The New Black

You couldn’t make it up; there we were on Sunday past off out to the shops (GoOutdoors specifically) to get waterproof light weight walking shoes (again specifically these http://www.gooutdoors.co.uk/exit-2-gtx-p177758 Salomon Men's Exit 2 GTX® Hiking Shoes) ... they are fine by the way, waterproof comfy quite stiff at first, and slowly moulding to my feet. Anyway, all things being equal a good buy, and even better we arrived on going for a song clearance sale day and Amanda managed to pick up a 2011/12 last season, three way North Face jacket with removable fleece (already fitted) for £84 down from £184. I mentioned this business with clearance sales and last seasons kit just two posts back. Needles to say we were well pleased with ourselves.

We then popped into Tesco for odds and sod and went home ... as you do. Tea made shopping put away; the rain that had started in lakeside caught up with us in Tilbury, and for about half an hour the heavens opened. This was all good for about ten minutes because we planned on having a really easy afternoon, and now we didn’t have to water the garden into the bargain. However, this state of calm and anticipation of an easy afternoon was not to last.

I was putting some bits in the fridge, I cast a glance to my right and noticed a puddle and splash marks atop the remains of what was once the outside wall, that now defines the boundary between the main house and the extension. I asked Amanda where the water came from as it was a bit to distant from the tap to be splash from the washing up ... and as if in answer to my question a drop came from somewhere above to join the puddle that had already formed.

That’s right, after all the shit we’ve gone through this year with rising damp, in doors and a leaking roof in the motorhome and all the associated costs, we now have the joy of a completely buggered flashing between the main house and the extension, and upon further investigation several other minor splits and areas where the old bitumen has gone dry. According to the roofer who popped round yesterday, business is booming, the combination of three really dry years followed by one really wet one has ruined roofs the length and breadth of Thurrock and the surrounding area ... well I feel so much better now I know that the fates aren’t just picking on us. In any event, not only do we now have the sound knowledge that the room is tanked from damp from below for whoever buys it, we now also have the privilege of offering the property with a brand spanking new felt roof. 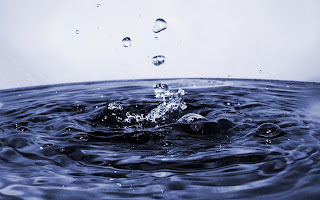 It’s one of those you could cry if you let it too far under your skin weeks. Instead we fervently hope that this low, which we will colloquially describe as “lower than a snakes belly in a wagon rut”, is the final stage before we rise like a Phoenix, wealthier, wiser and free after what can only be described as a grinding year ... and there’s still three months of it left ... I’m not one for wishing days away ... you don’t know when your last is booked for ... but.
Posted by ILTYT_Adventure at 05:42