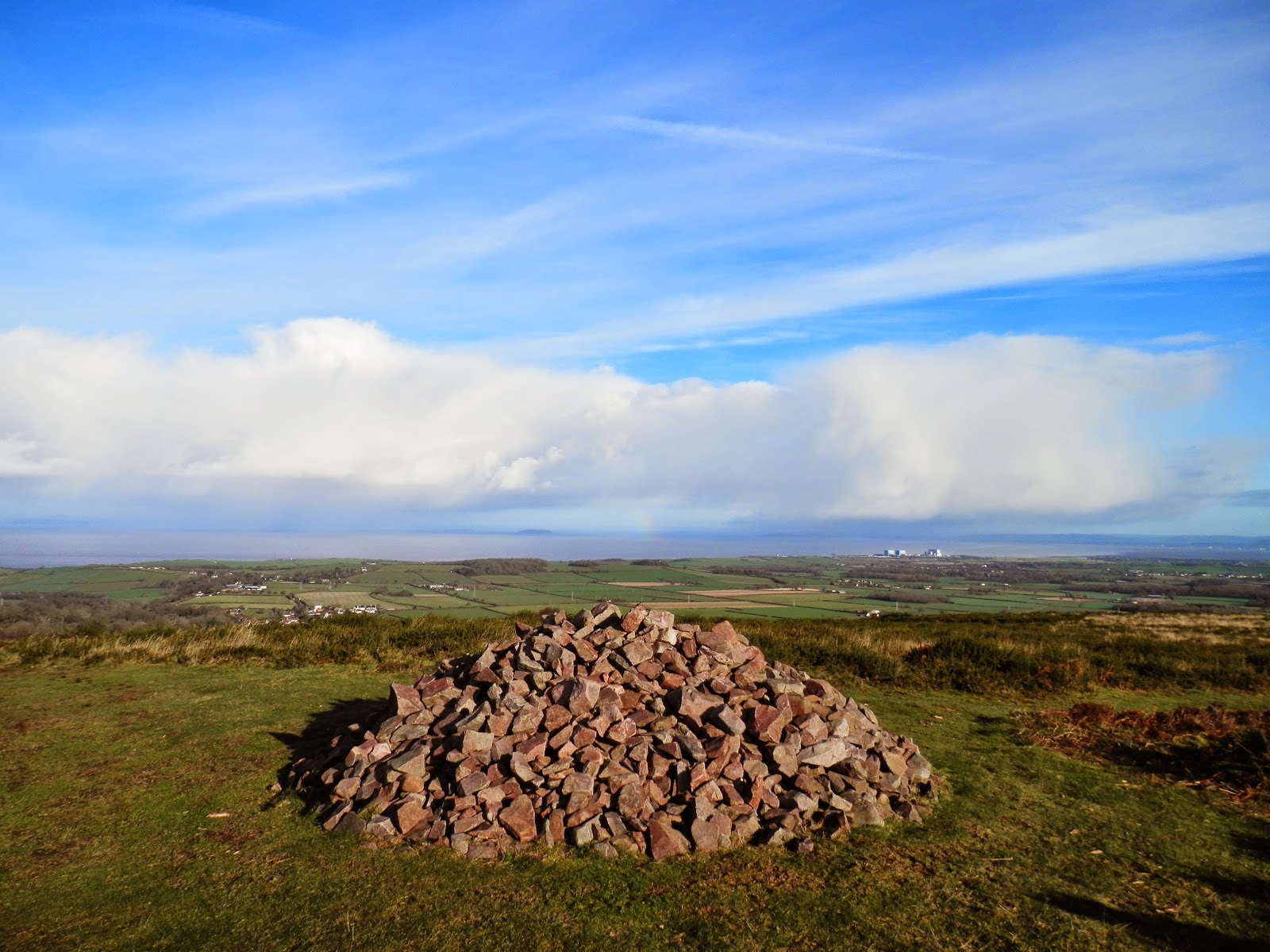 On Sunday last (18th January 2015), and in spite of us both being a bit ragged (I have a head cold thing that leaves me breathless, and Amanda has a knee thing that really needs a proper look at). We decided to head off to Steart Point to the nature reserve and newly flooded area.
However we missed the turn (no idea how) and I just couldn’t be bothered to find a way to turn around (the A39 heading west is busy and the side roads few and far between, as well as narrow). I just carried on to a spot we’ve driven past a few times, it’s between Nether Stowey and Holford and is a sizeable carpark just off the A39, with National Trust signage. The truth is I was under the weather and maybe Amanda should have been driving. 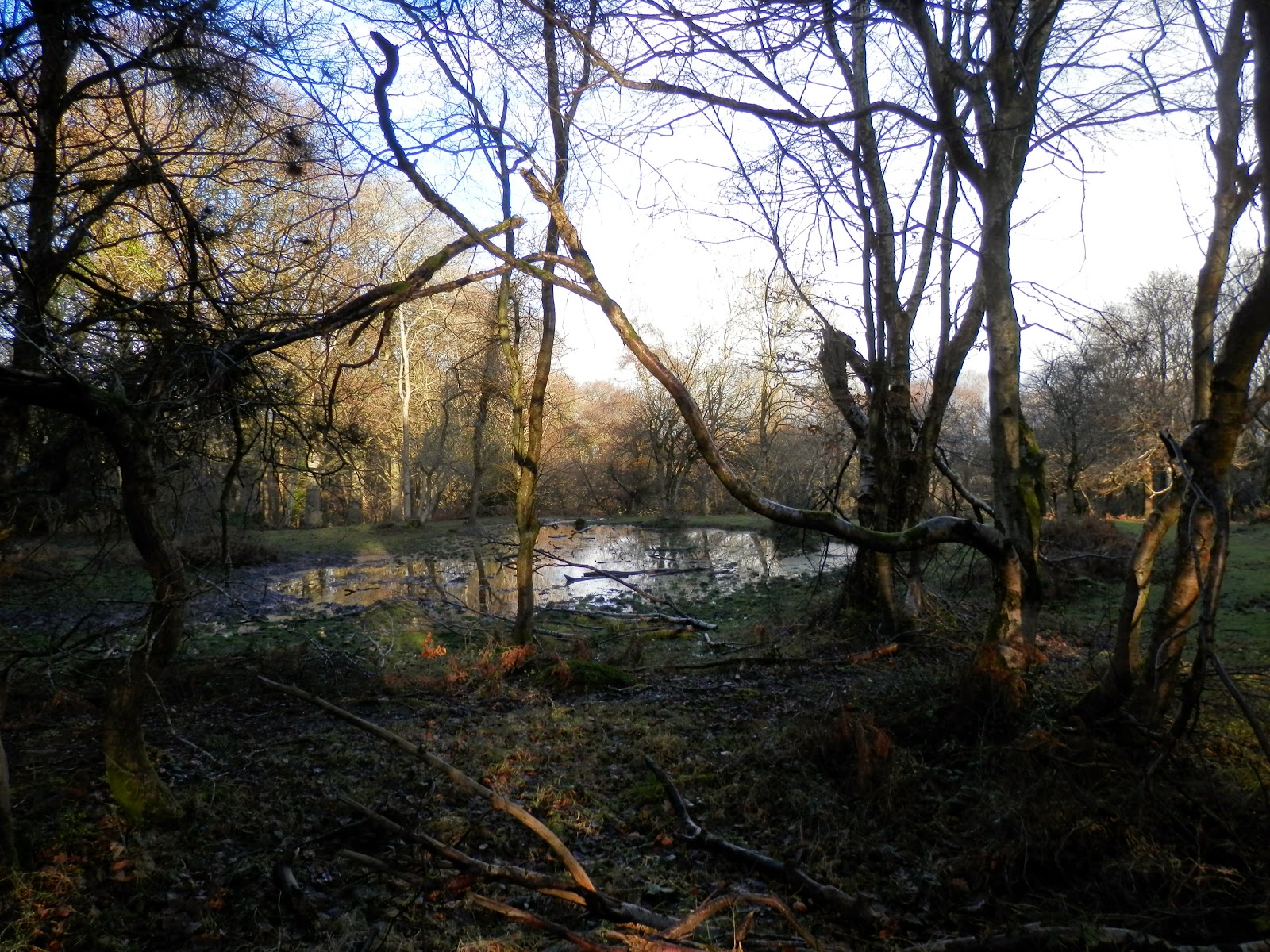 The walk is steep in places starting in ancient oak wood, with the odd Beech and Birch dotted about and we only went as far as Shervage Wood, which almost exclusively Oak. The pictures are from below the wood, as it in itself is densely packed with stunted and twisted oaks. Very interesting from my perspective, as they are clearly a product of the wind that whistles over the hills from the Bristol Channel. As you descend the slope, the trees (probably of similar age but with relative shelter) grow tall and straight. 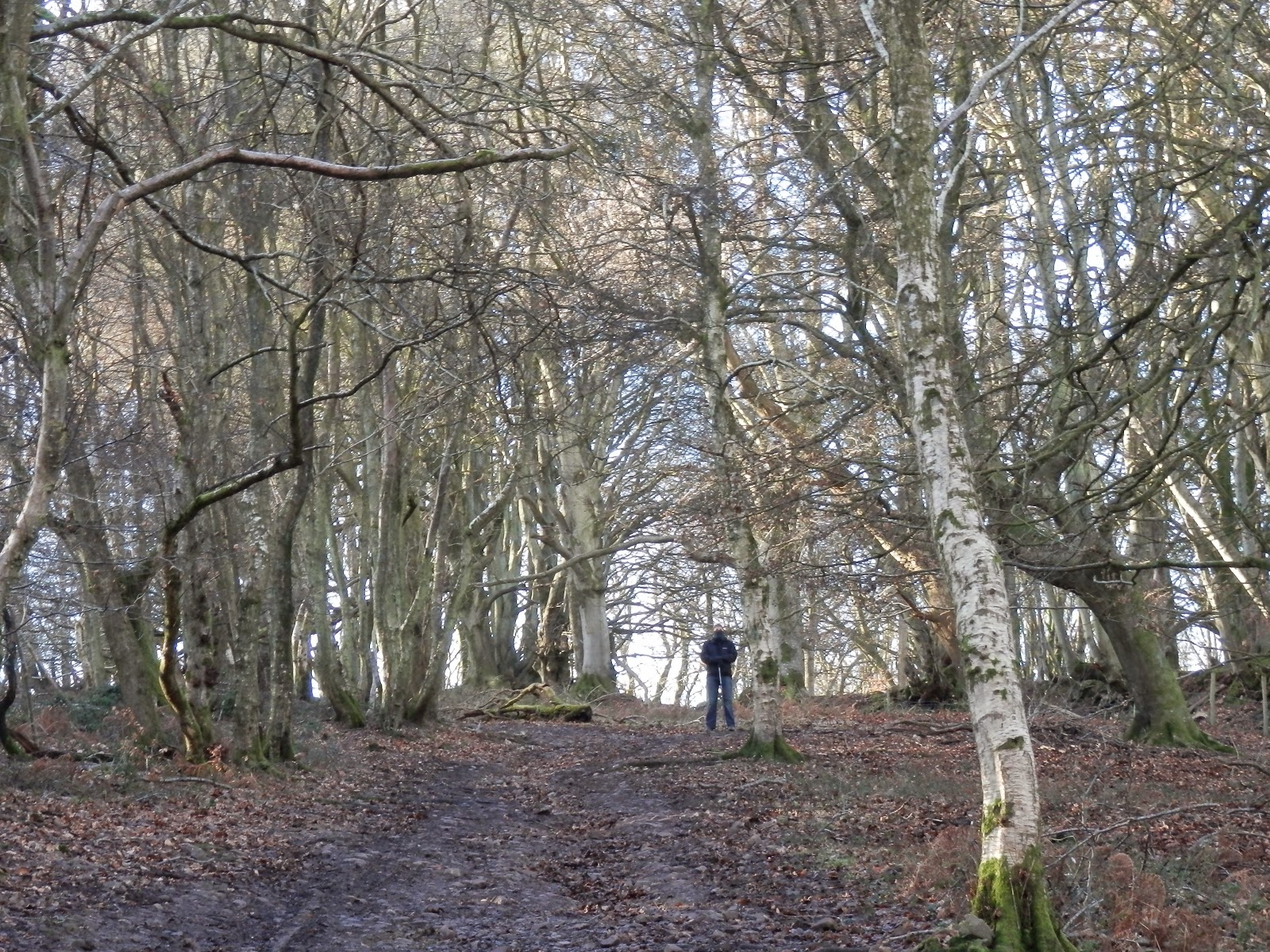 Both of us were suffering, I could barely catch my breath and had to stop every 50mtrs or so, and Amanda’s knees refused to warm up and get with the program. However we pushed on because ... well sometime you just have to.

Pictures as ever speak a thousand words. But for clarity, it was freezing or below, the wind was light, the sun was fiercely bright. When we started out after our nice early wake up there was the remains of a minor snowfall, that in turn had been frosted over, giving the ground a sparkly white aspect. On the way up we had to remove the rubber feet from our poles to utilise the spikes because the rubbers kept on skidding on the frozen ground. But once the Sun’s rays had played over the ground for a couple of hours we descended in red mud and slippery leaf litter. 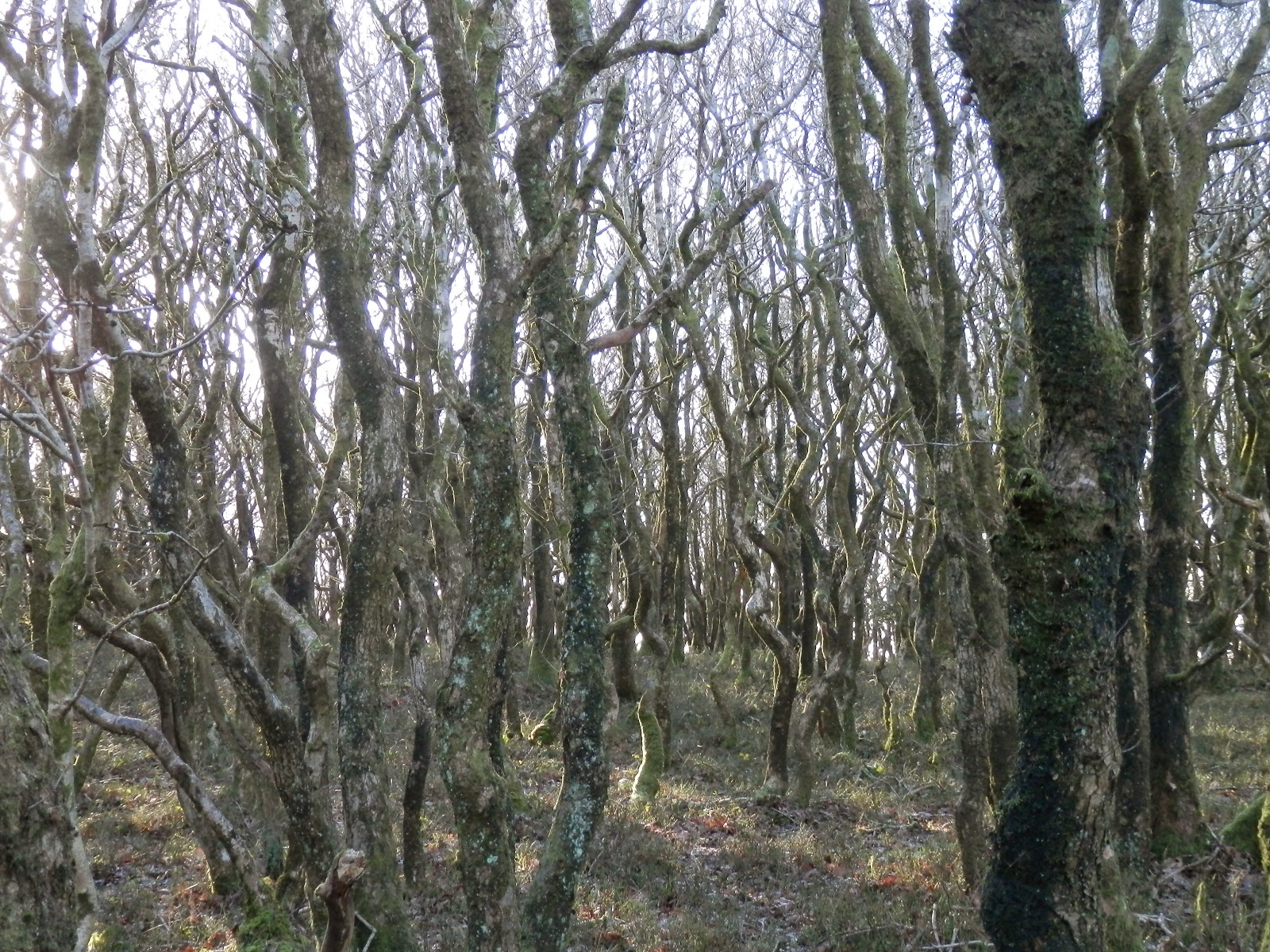 On the saddle between Shervage Wood and the earlier Trig point from where we took most of the panoramic pictures. We were approached by two horses, who demonstrated deft skill at breaking the ice on puddles to get to the water. It was a great short but steep walk, it helped me expand my lungs which just didn’t want to work, and I’ve felt significantly better since. Enjoy the pictures.