I thought I’d belt out a few words on the subject of the Somerset Levels from a newbie perspective.
They’re awesome.
http://en.wikipedia.org/wiki/Somerset_Levels

That’s it enjoy the pictures.
But seriously, they are amazing. I bought the Ordnance survey maps of our immediate vicinity (Explorer series maps 140, 153 and OL9) this includes Weston-Super-Mare, the Quantocks and Exmoor. 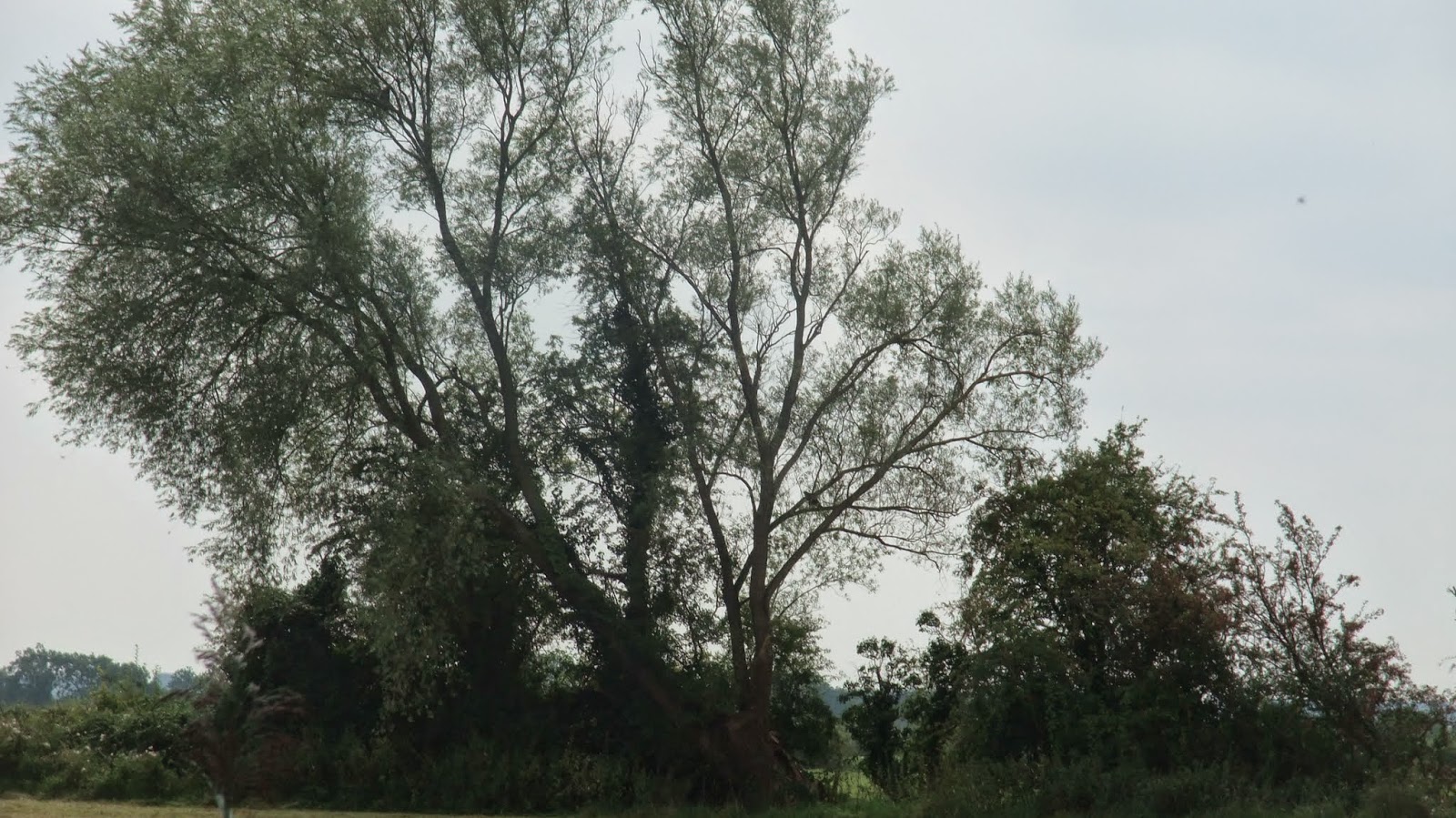 
There are a few others but none so immediately recognisable.
http://en.wikipedia.org/wiki/Rhyne 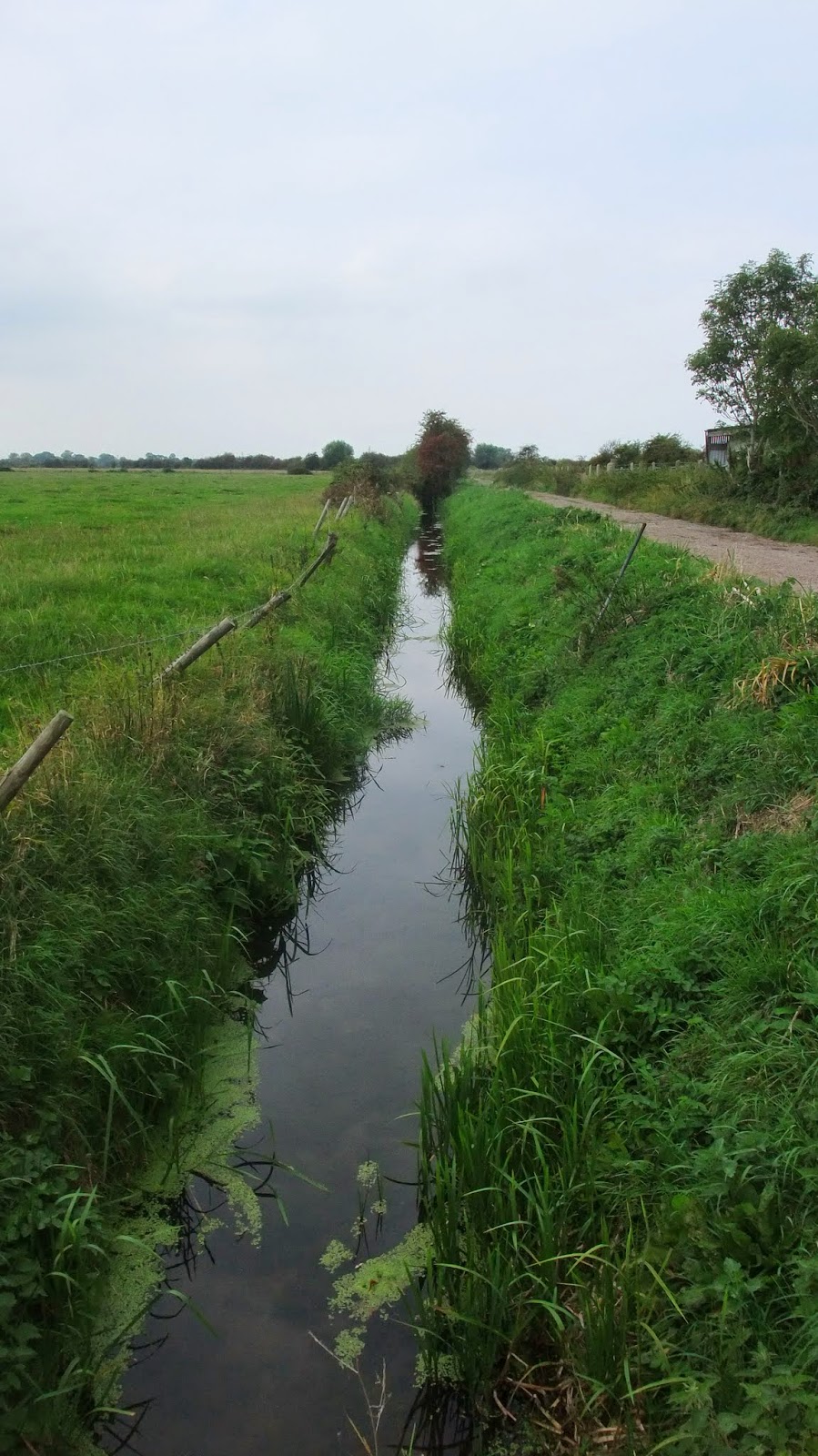 At the very edges to the north are the Mendips and to the south the Quantocks, with a slim but substantial ridgway formed by the Polden Hills inland but extending west of Glastonbury sitting between the two major ranges. That sounds like quite a lot of hilly bits. However on paper these lumpen pieces of land sit in seas of white broken only by the blue webwork of Rhynes. The unitary boundaries and works of man in the form of towns, roads and railway (though not much of the last) make up the rest of the usual infill detail. As maps go it’s actually been one of the most difficult to navigate, just because the white is so extensive and the blue of the Rhyne systems so ubiquitous. But once you have your eye in, other features start to resolves themselves. However you can’t be prepared for the scale of the Rhynes and their impact on the landscape. The map gives you the perspective, it lets you see the sheer scale of the endeavour to reclaim the moors and marshes from the 1200’s onwards.
Some Rhynes  are little more than ditches ... albeit big ditches. Others like King’s Sedgmoor drain are wider than the rivers Huntspill and Brue someway inland (also worth noting  that the Huntspill is not in anyway following its natural courses for a significant distance, the Brue appears on paper and on the ground to be a little more natural, but extensively managed). The rivers are more akin to navigations like canals, but without locks, just dotted here and there with sluices to control the levels and major sluices at the point where they merge with the River Parret and eventually discharge into the Bristol Channel. You cannot fail to be impressed by the engineering effort, and confounded by the task of maintaining them (see floods a paragraph or so lower).
http://en.wikipedia.org/wiki/King's_Sedgemoor_Drain

The Rhynes provide both irrigation and drainage for the land, the entire Levels landscape is more or less manufactured. After 2013 winter rains, clearly there had been failings (that said historically the flooded areas have always flooded right back to the 1200’s and the monasteries, so no surprises that if your home was built in a major flood risk area at some point it’s going to get flooded) Exert from here appended:

Early attempts to control the water levels were possibly made by the Romans, but were not widespread.[13] The Domesday Book recorded that drainage of the higher grounds was under way, although the moors at Wedmoor were said to be useless.[14] In the Middle Ages, the monasteries of Glastonbury, Athelney, andMuchelney were responsible for much of the drainage. In 1129, the Abbot of Glastonbury was recorded as inspecting enclosed land at Lympsham. Efforts to control flooding on the Parrett were recorded around the same date. In 1234, 722 acres (292.2 ha) were reclaimed near Westonzoyland and, from the accounts in the abbey's rent books, this had increased to 972 acres (393 ha) by 1240.[15] 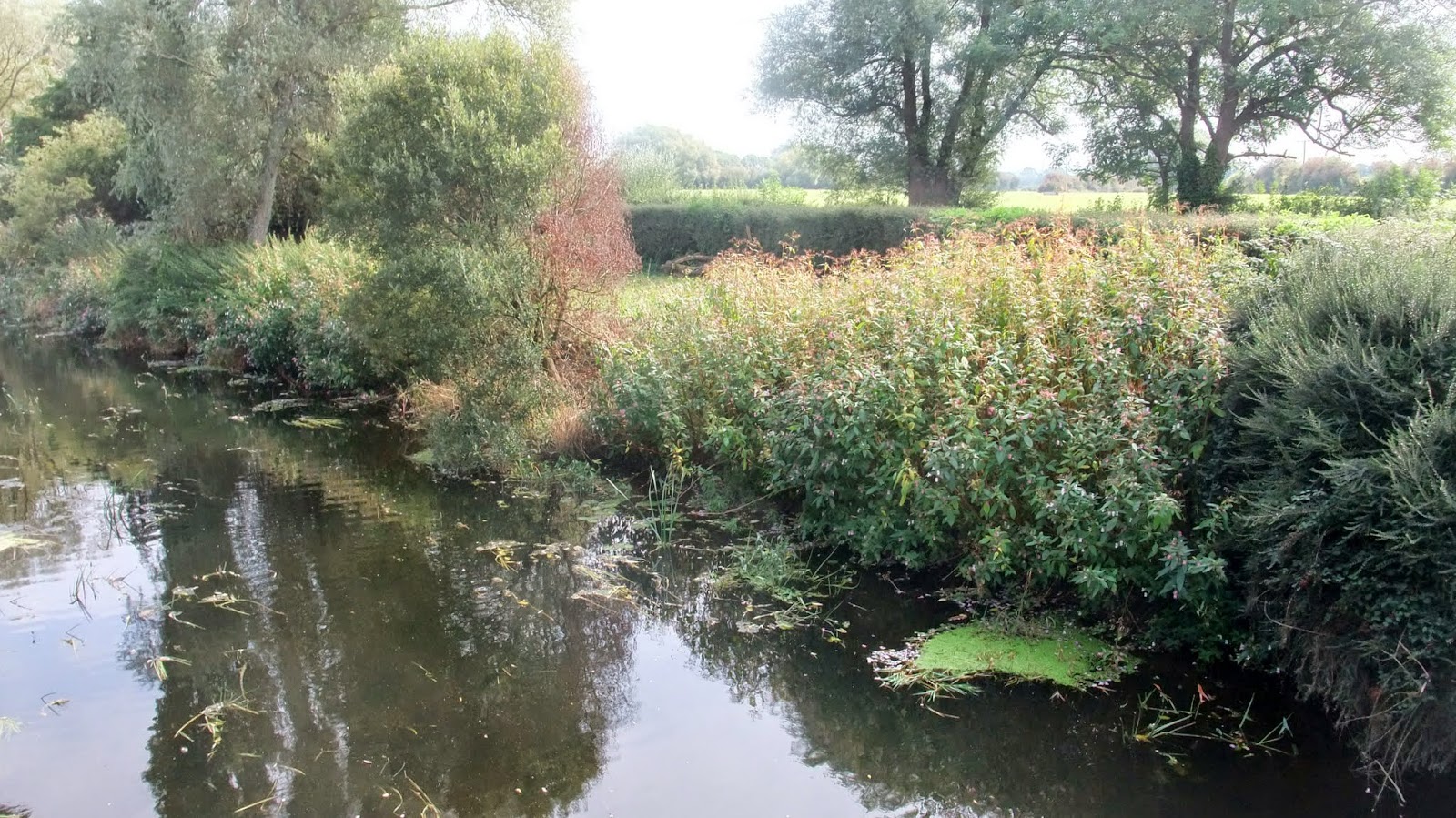 Inland a mile or so, off the beaten track, the land is flat and great for cycling if you’re past your best years of fitness, traffic is minimal as are the actual roads, and you’re never more than a couple of metres from a Rhyne unless you’re standing in the middle of a field, in which case your likely as not surrounded on all sides by a Rhyne.
http://www.somersetwildlife.org/reserves.html 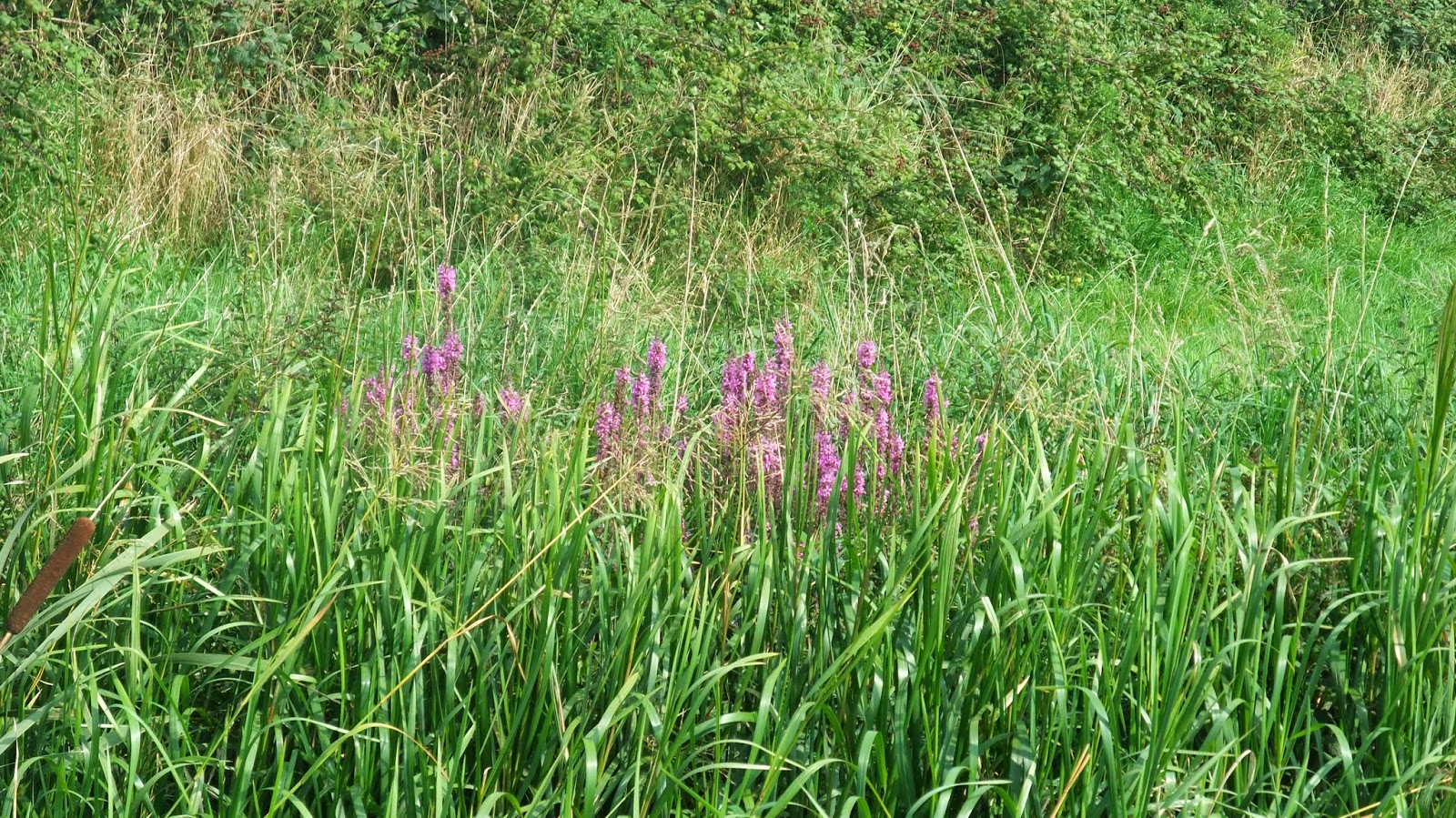 So that’s Rhynes and levels first impressions dealt with. I’m not going to say much more except notes under pictures. But to give a flavour of what’s out there, all these pictures were taken on Sunday 7th September 2014 from 11am until around 5pm and we weren’t even trying. We weren’t so far from the beaten track that we couldn’t take two major through roads back home via the Watchfield Inn, in a little under an hour (rough estimate 14 miles over six hours including half an hour in a pub). Now scroll back up the pictures and fit those times and distances to what’s just running around on the levels on any given day twenty minutes down some country lanes.I've not yet mentioned the dragonflies (in squadrons not just the odd one or two here and there), foxes, kestrels and Sedge Warbler, and stuff we just didn't get to ID before it made cover, or the fish in the Rhynes in their hundreds if not thousands and some that were truly impressive in size right on the surface totally un-bothered by our presence. Not a word of Roman salt works, King Arthur, listed monuments or the specific reserves.

We've barely scratched the surface of our doorstep. This blog has sat doing not much for a few weeks, that is about to change.
Posted by ILTYT_Adventure at 06:36