This is a tiny confluence of the River Alva and the River Alvoco in Oliveira do Hospital a good way inland towards the Serra do Estrella mountains, specifically Pont das Tres Entradas. We took quite a few pictures, both on the way there and while we were there. However we made a lot of video as well and put it together as a Shine and Finch Productions movie ... ahem.

Some of it cuts quickly and we can’t even pretend to know what we are doing, but stills may not do it justice. To clear up some of the ambiguities in the commentary from yours please read on truly (I appreciate I’m not BBC standard for oration regardless of vocabulary). 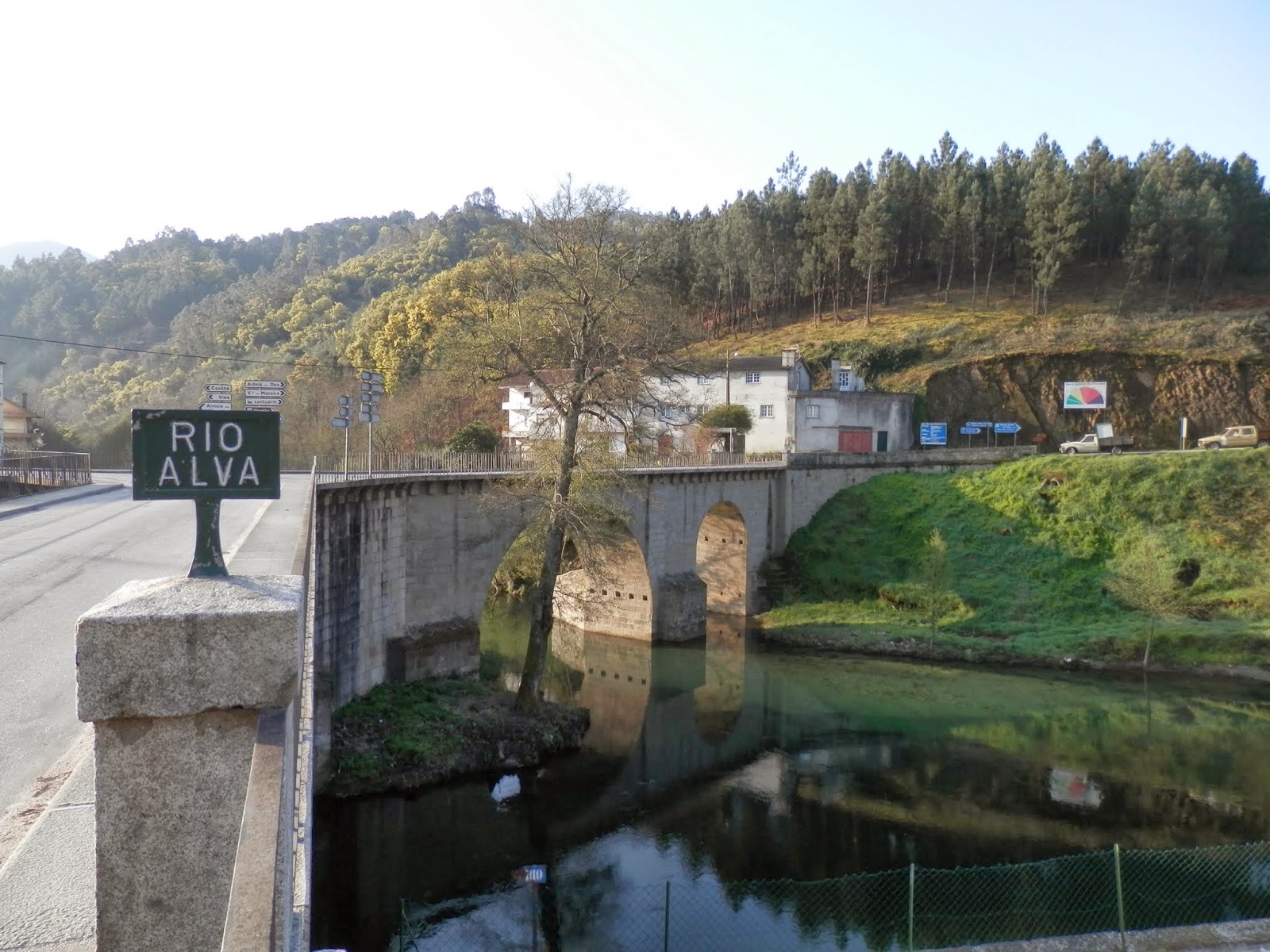 The soil created from the erosion of granite by acid influence is a Podzol or Podsoil. More on the link attached. Many are found in Australia unsurprisingly given that the Eucalyptus trees originate from there. The root cause is roots and myccorhiza (this is a symbiotic fungus that extends the trees roots and dissolves minerals, allowing the tree to tap resources it otherwise couldn’t in exchange for sugars etc), the penetration of the roots, and the breakdown of mosses and lichens. The houses made of stone are called schist houses (not something you should say when drunk). 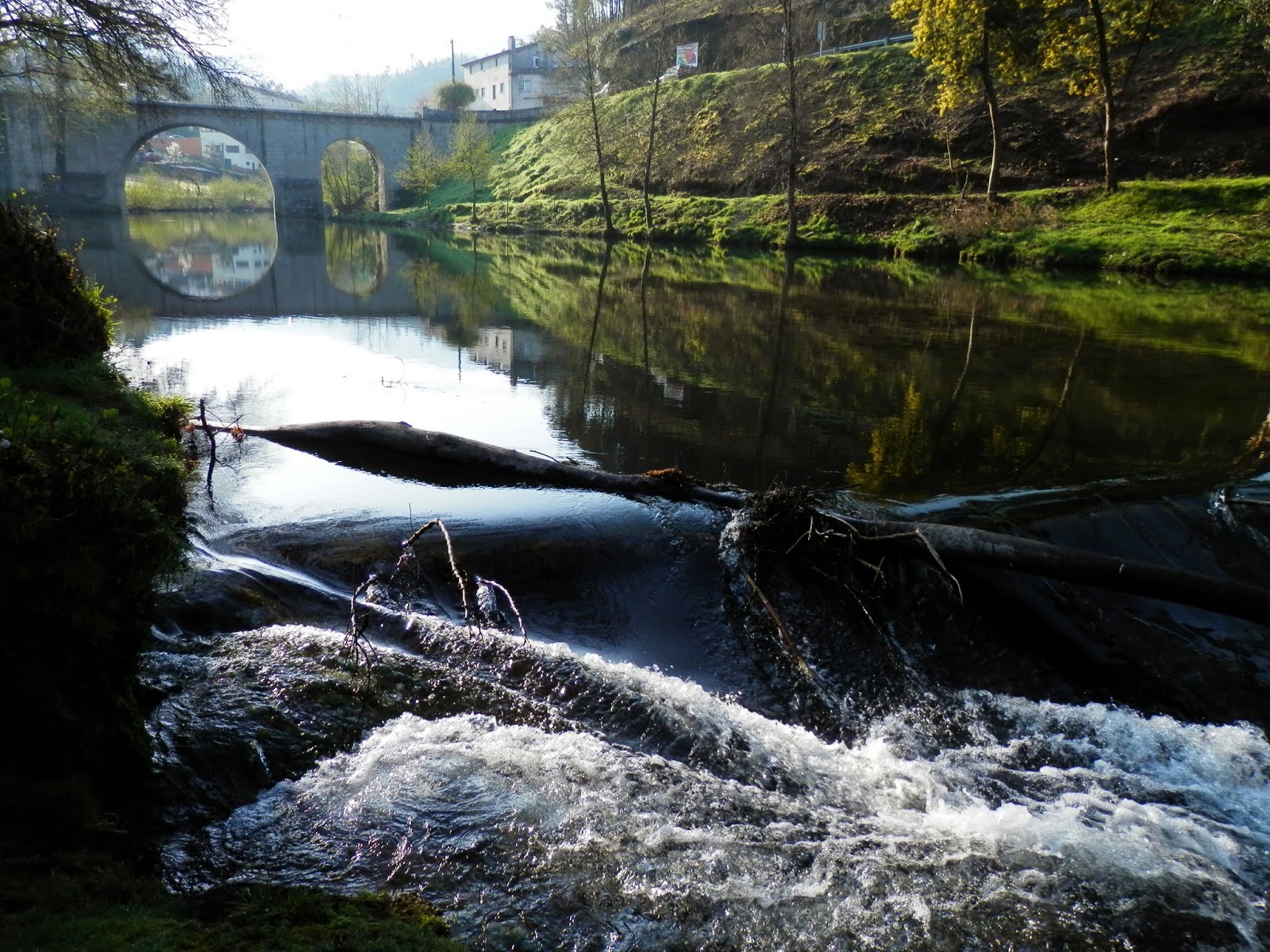 The piece I’ve mentioned about the less than happy story of the small holders and subsistence farmers of the Portuguese interior is still unfinished. But the upshot is lots of people were promised money for leasing land to paper companies to allow the almost unfettered expansion of the Eucalyptus growing- industry; over and above the existing conifer growing industry for the same purpose: Growing wood for paper pulp. However it’s somewhat backfired, the Eucalyptus, takes too much water and the leaf litter acts in an allelopathic manner (the same as Rhododendrons do in the UKs woodlands), and reduce the ground story or shrub layer to practically nothing. For clarity allelopathy is the means by which plants inhibit the growth of competing species by releasing toxins or hormones into the soil. Eucalyptus don’t do this, they are just a foreign plant with no natural enemies or evolved forms of detritivore to break down the litter (jokingly we said they should now import Koalas ... but in actual fact they may have gut bacteria that do break down the leaves ... who knows?). The Eucalyptus leach a lot more acid into the soil and water, and even after the Eucalyptus has gone the soil stays infertile. 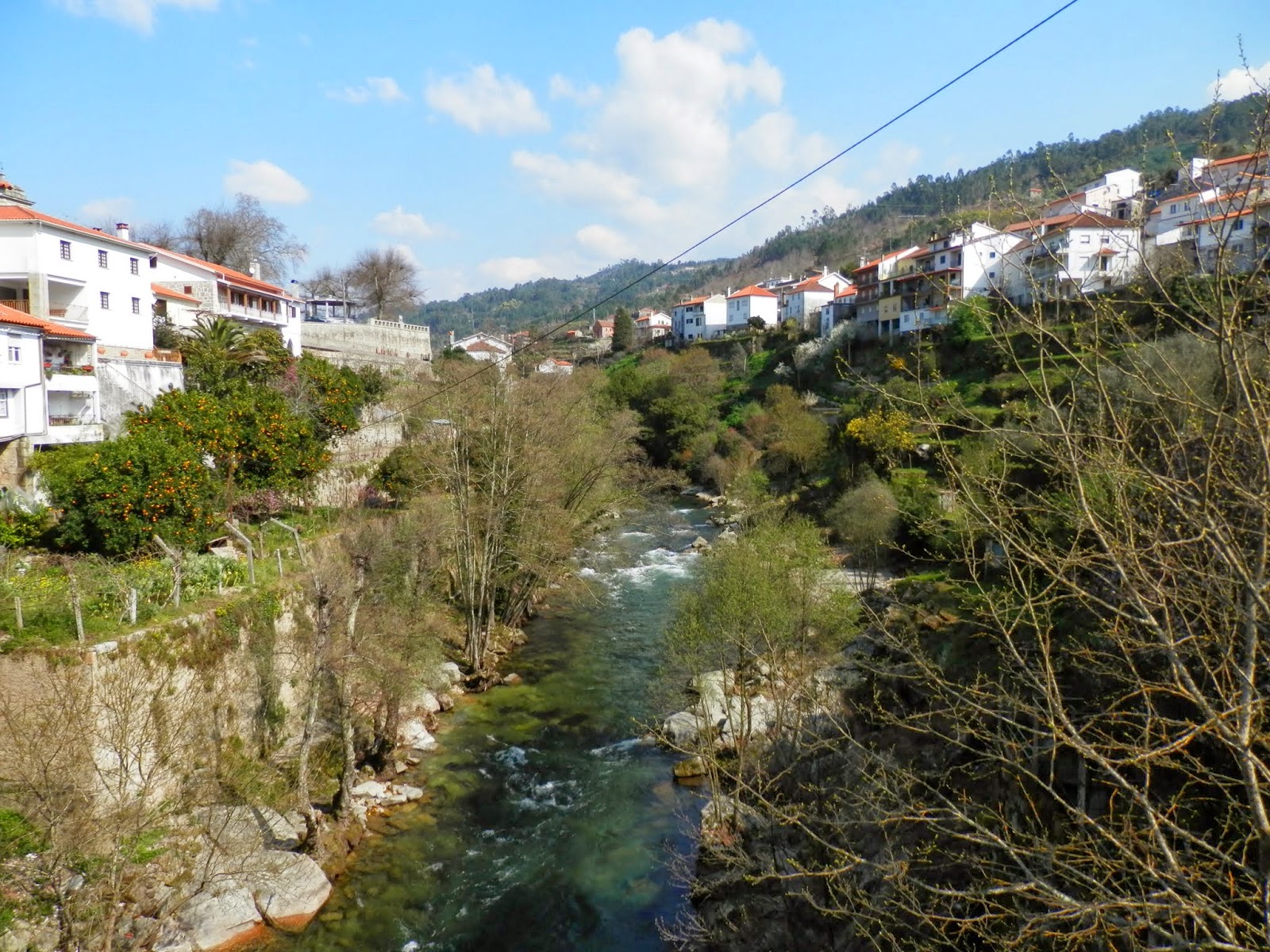 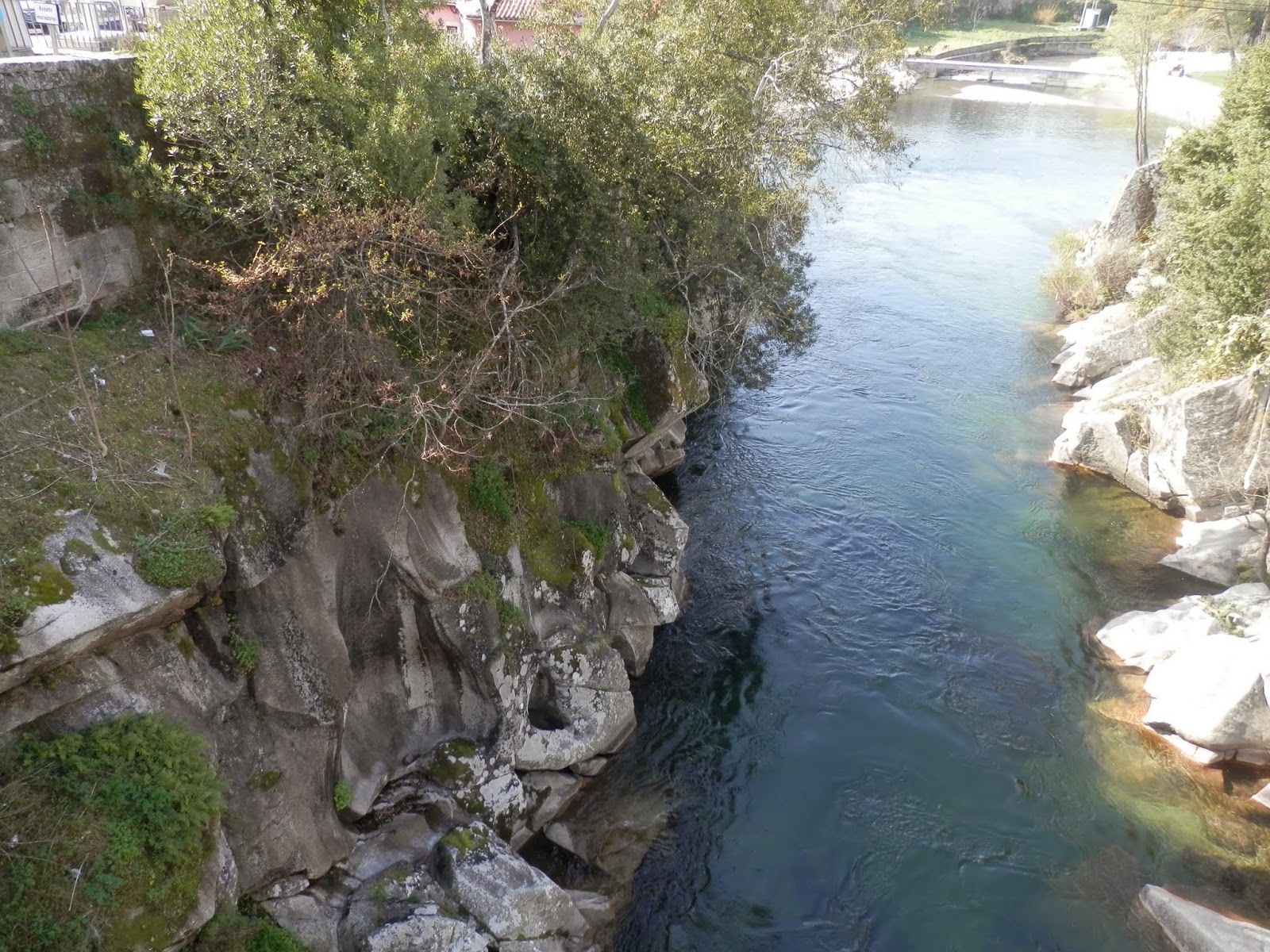 The trees I couldn’t identify from there bud burst were Ailanthus altissima (Tree of Heaven, an import from the orient that looks at first glance like an Ash tree, when mature ... though the bark is completely different). I made a mental note of the previous seasons leaf scars and looked it up in the Collins Gem guide I bought with me as an aide de memoir ... use it or lose it as they say. The trees buds being de-capped but the new seasons leaves still furled, meant I didn’t have an early leaf to work with and bare twigs of coppice can all look the same (especially when you’ve walked miles and made the mistake of drinking beer on a near empty stomach half way round). I also mentioned Mimosa as a summer tree; I should have said a summer tree in the UK. The oaks are Pedunculate or Quercus robur (English Oak), and the Sweet Chestnut is Castinea sativa, the fruits of which were larger though I saw no large specimens of the tree, which give a clue as to the period of growth which in real terms can’t have been very long, as Sweet Chestnut gets really big and develops a deeply cut spiral bark, none of the trees on the abandoned terraces were more than five inches in diameter. Alnus glutinosa as named at the start of the video is a very common waterside tree, and distinctive because it produces a `pine like’ cone. I could rattle on about trees, however I’m the management has restrained my enthusiasm ... I think when we get back to the UK I’m going to have to follow up on my previous studies and do more tree related stuff for a living. 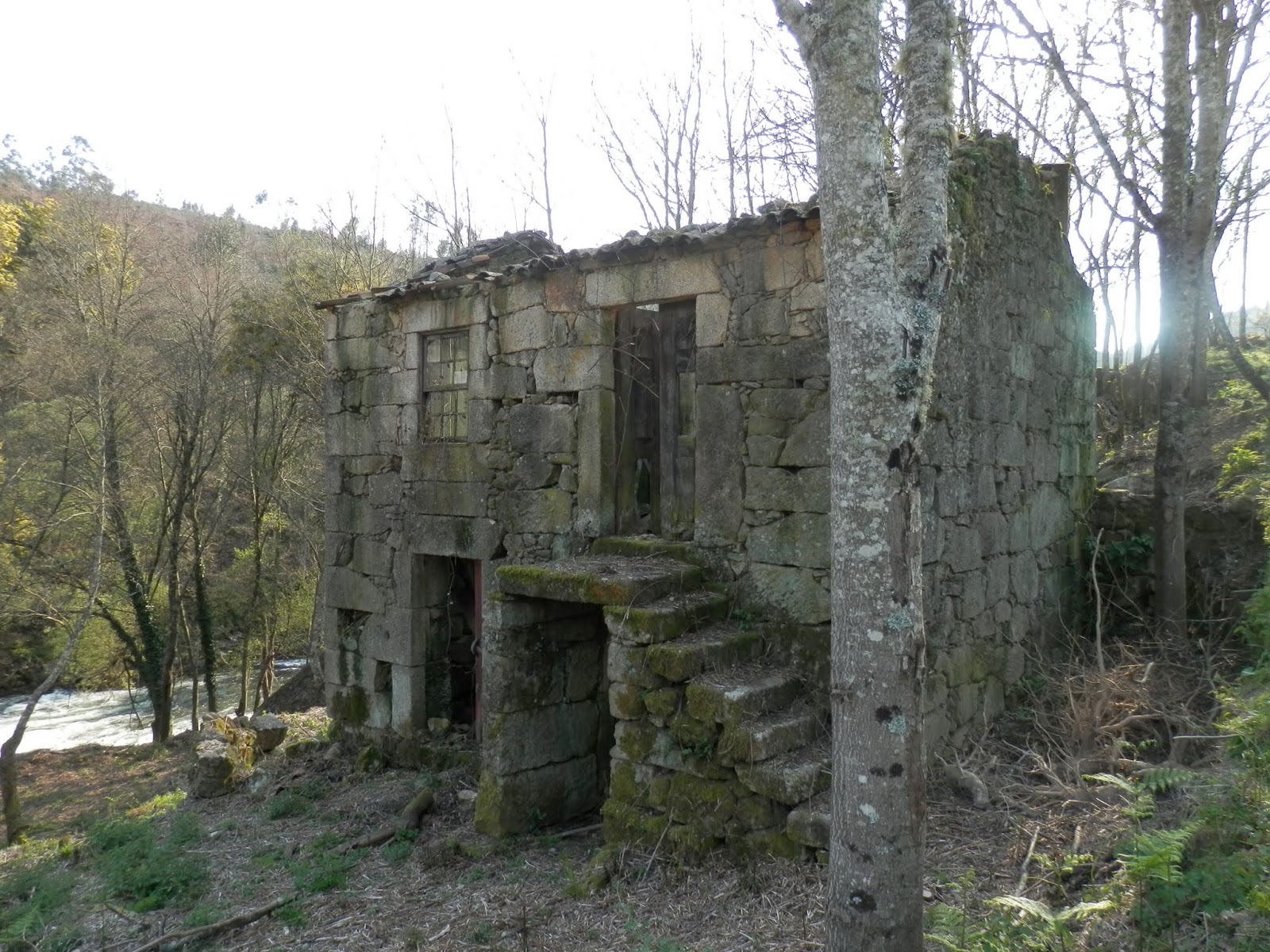 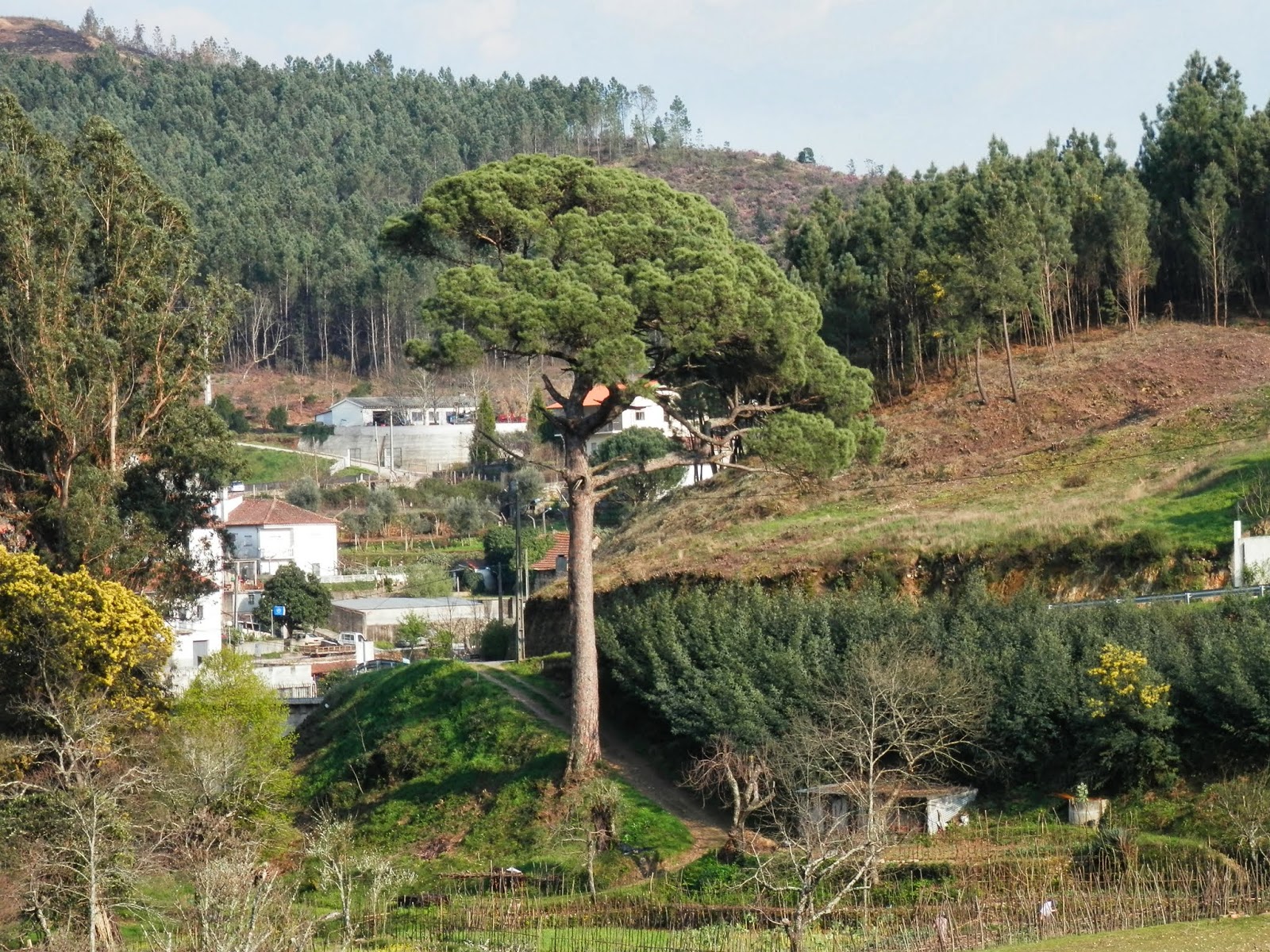 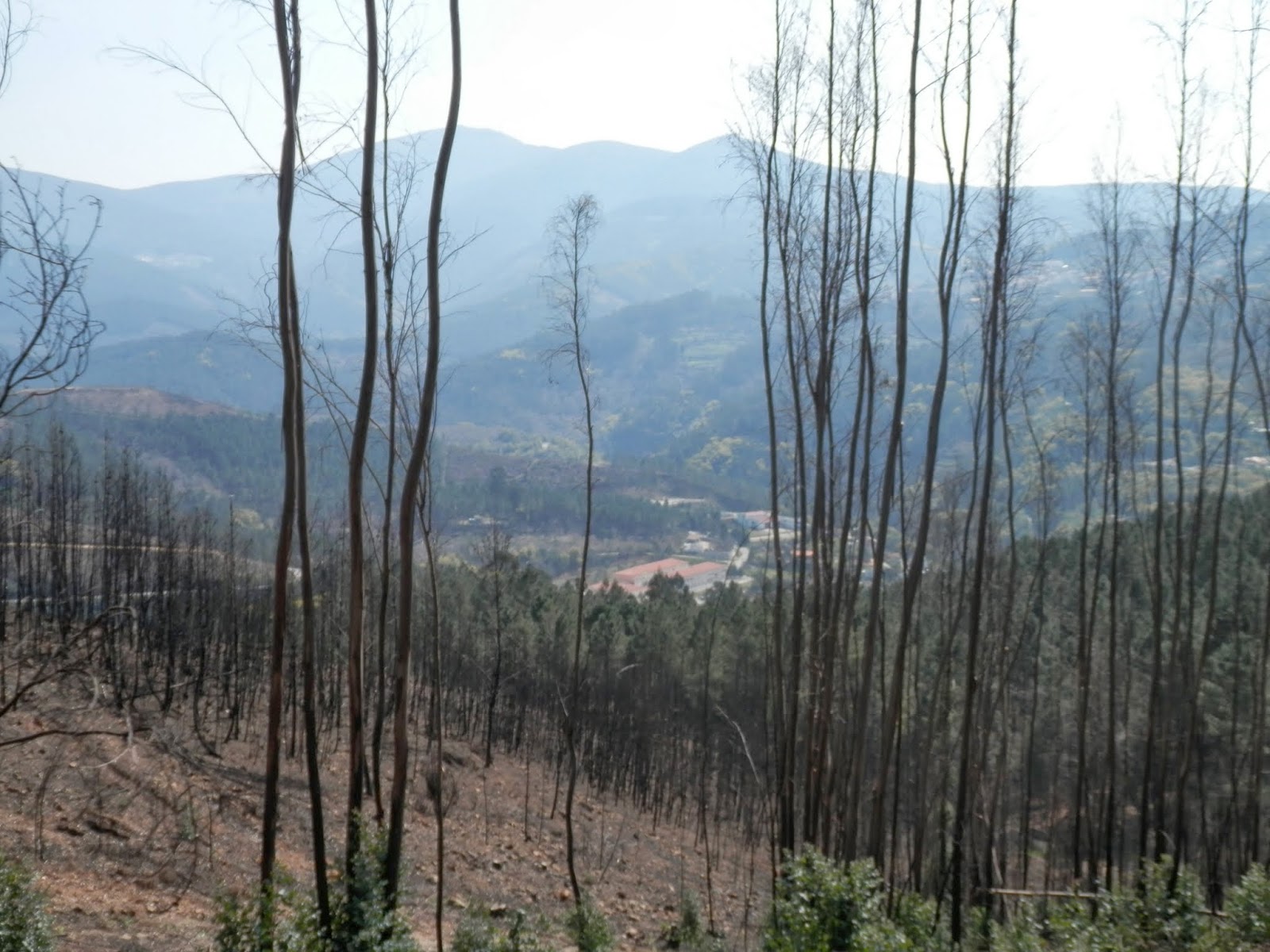 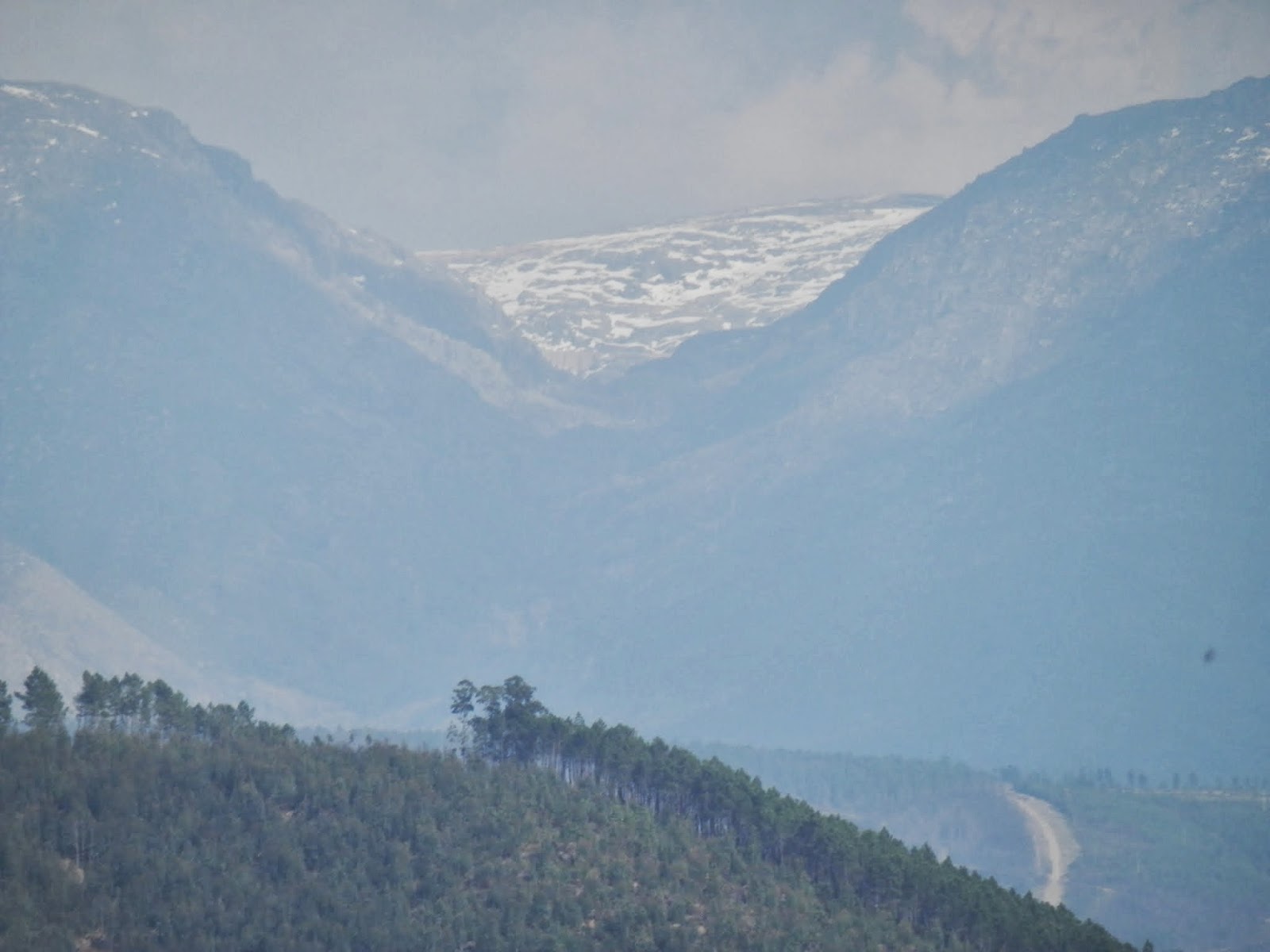 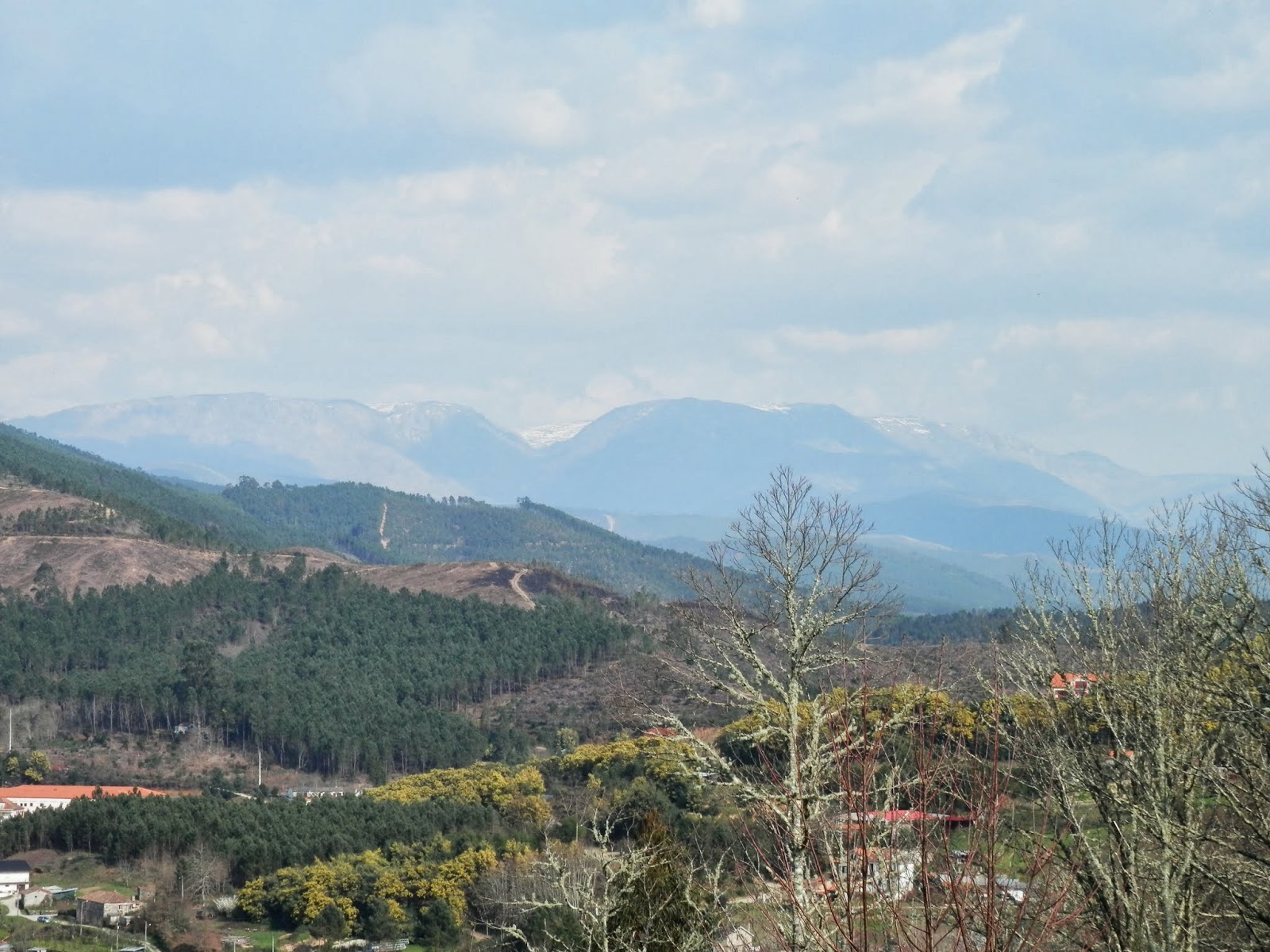 The issues mentioned regarding the removal of both the campsite owners signs and the signs being installed by the Portuguese tourism authorities were confirmed by the campsites owner, who is effectively the guardian of the paths. They walk them and re-touch the paint markers on rock cairns, trees or gates posts. If a land owner doesn’t want a marker on their property then a small concrete post is placed on the public land or road, and is the marked with the corresponding colour. It’s these in-between markers and post that have been absolutely obliterated over the winter. The bar owner said she would have to walk the route all over again and re-mark the red route as has been done on the blue path as noted in the video. For us not only was the loss of the marks and extra aggravation, but clearly after trying three sections of forest to find a path (rather than just give up and go home) we probably trespassed more than we would have, had we been following the well worn paths of both the foresters and the people that live within the land. These paths are everywhere, some of them like the one we eventually found are roughly cobbled and clearly ancient, and if you’re a local then they are just the road from A to B. 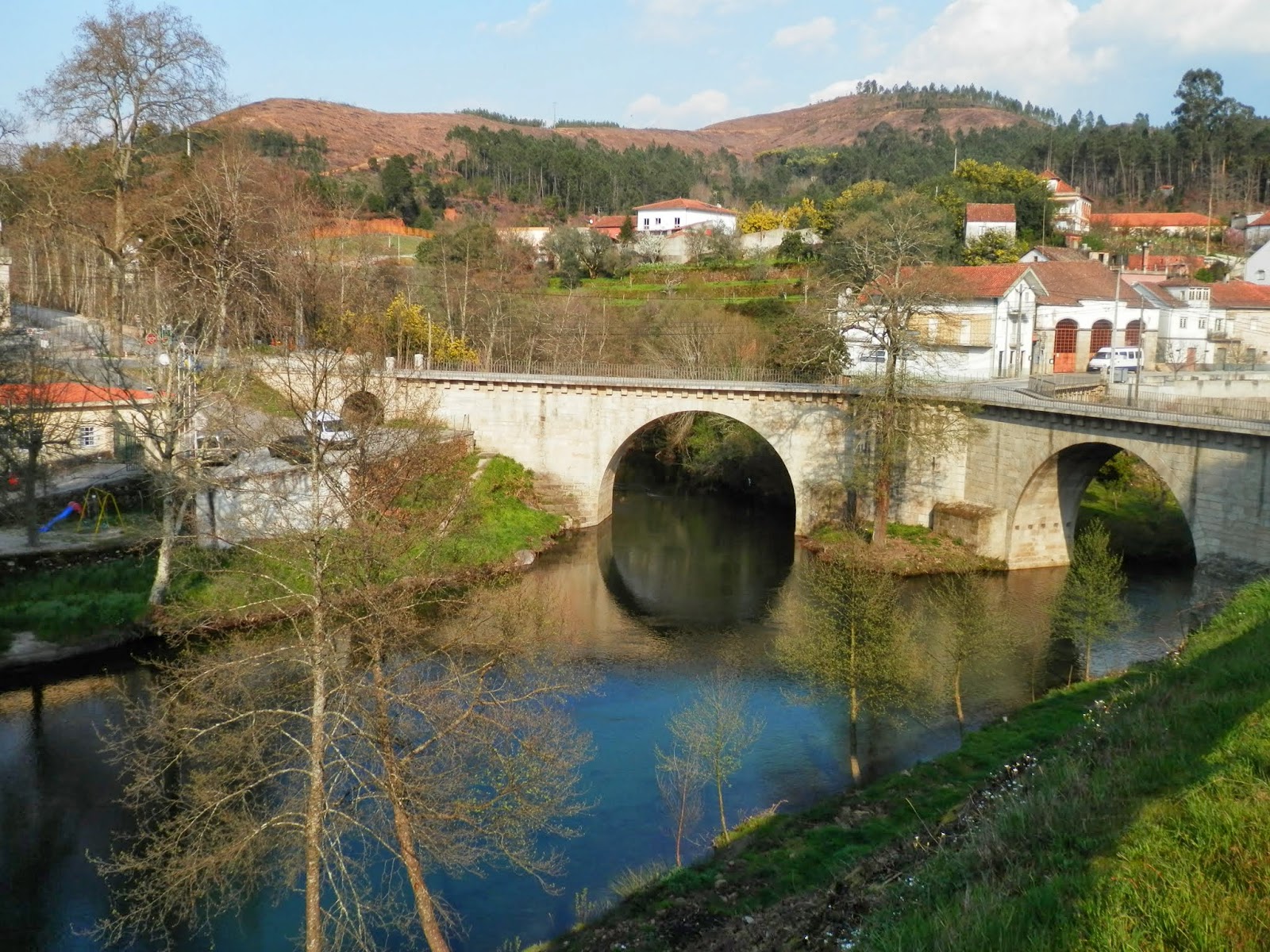 Those owners of land that have applied common sense have just put up Cul de Sac signs, or Privado notices, and as far as I’m concerned if they don’t want me on their land fine, there is still plenty to access and walk through. Not to mention that we could have been put into danger from scree falls, forestry works, or even or blind drops (some parts of the area are deeply wooded and covered with ferns giving the idea of solidity where in actual fact the illusion is created entirely by the plants and you’re standing two feet from a vertical drop).
The abandoned terraces now full of plantation trees various, were once in use for food crops, and pockets of beautifully manicured terraces still dot the South bank (north Facing), and have mixed fruit trees, chickens and goats or sheep roaming about, and fenced in areas in allotment style. However these bits are usually where the incline lessens allowing sun to shine on the open area. There are quite a few large old dwelling buildings being slowly reclaimed by the hills and vegetation. 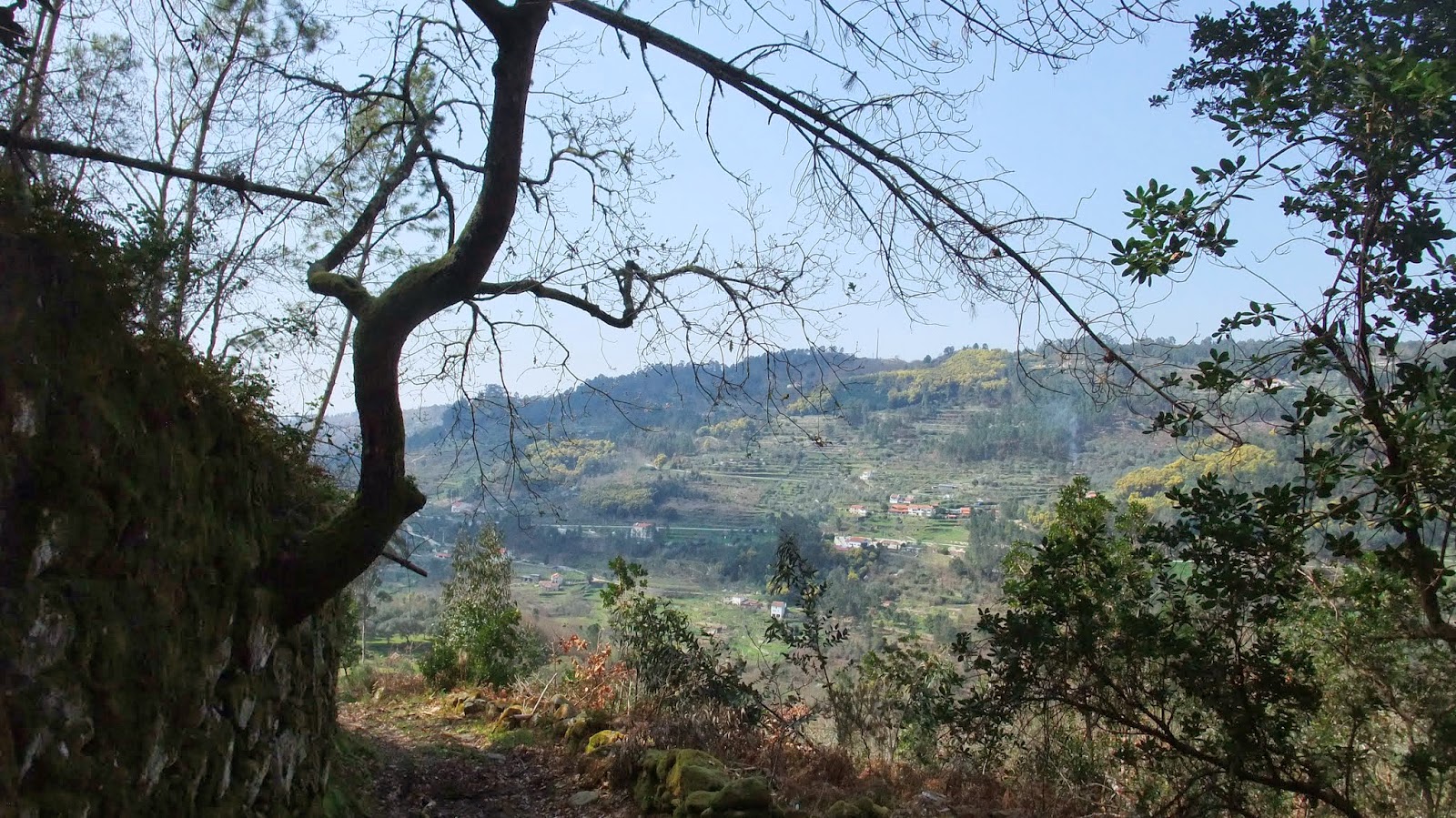 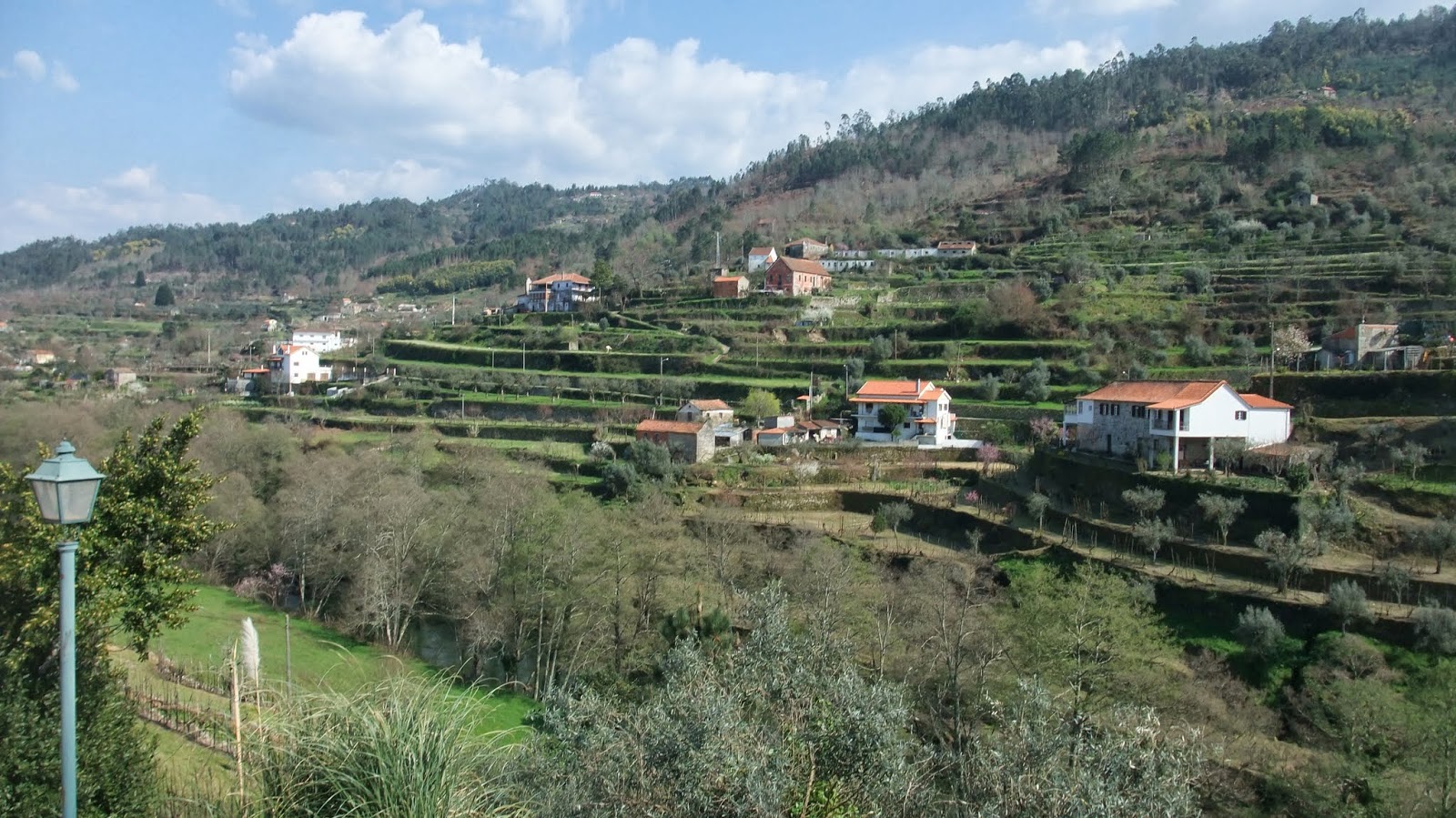 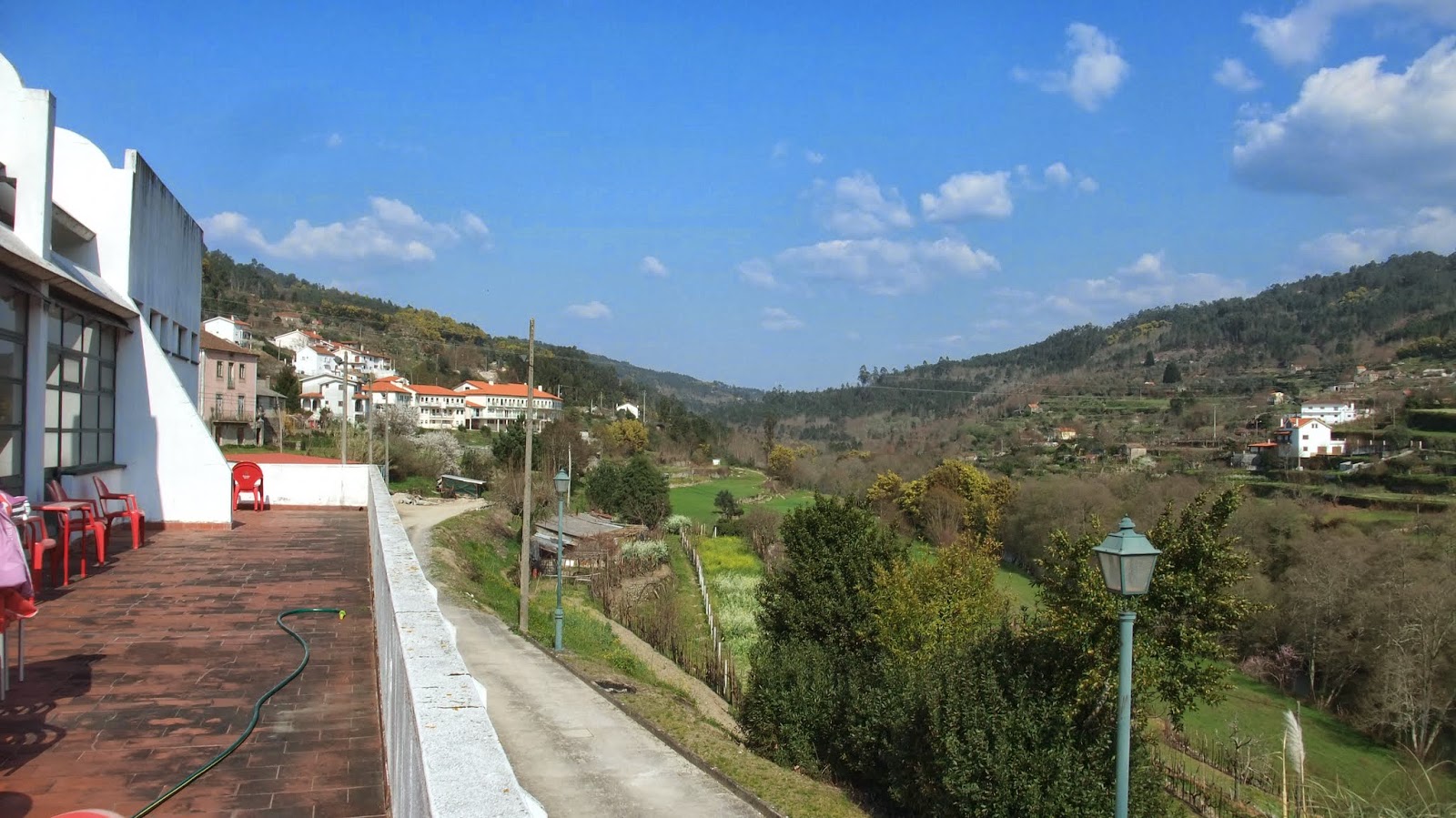 We genuinely loved the Pont das Tres Entradas area, but it is only for the adventurous. Tourism is coming, and the campsite is now the muster point for a company dealing in outdoors and adventure tourism: rock climbing, canoeing, walking, white water rafting. However unlike where the paper industry has acted totally within its own interests, and in some respects blighted peoples lives and livings steeped in ages, tourism is going to have to demonstrate that it is the friendly and beneficial face of those from outside.
Between ourselves we mocked the locals and the way they stared at us ... seriously they just stop and stare it can be a little intimidating. We giggled and made the devils eyes comments for the camera because it’s amused us for weeks as we’ve roamed Portugal and seen groups of old fellas standing open mouthed staring at us as we’ve driven or walked by. However a polite wave and hello or good day in the native tongue generally brings a smile and favourable response, (one or two did just ignore our hellos or carried on giving us `Paddington Bear Hard Stares’ but hay ho). The old lady walking past us in the video isn’t the one mentioned in `widow gear’, that was an ancient lady hanging out of a shuttered window, mostly toothless all in black, she bade us good day in Portuguese when we said hello, then kept on talking as we moved on. The problem with upsetting the dogs is universal, dogs wander the streets, and can be a real worry, one in particular followed Amanda for a good hundred yards barking at her heels, when she stopped it lowered itself to the ground and jumped back and forth and barked as if it was about to bite her ankles, and then eventually turned to bark at me, while the owner stood outside his front door and just shouted at the dog ... I was rather hoping he was going to come and get it.
At the bridge over the Alva in Avo, there is what looks like a dammed area with a small scale hydro project, and in the video I should have been more specific about what the work of man was I could see. There are lots of hydro projects dotted around Portugal, which may explain why we didn’t see much domestic solar power, but I haven’t investigated and won’t be following up ... because as I write this I’m sitting in the Moho in Perpignan France. 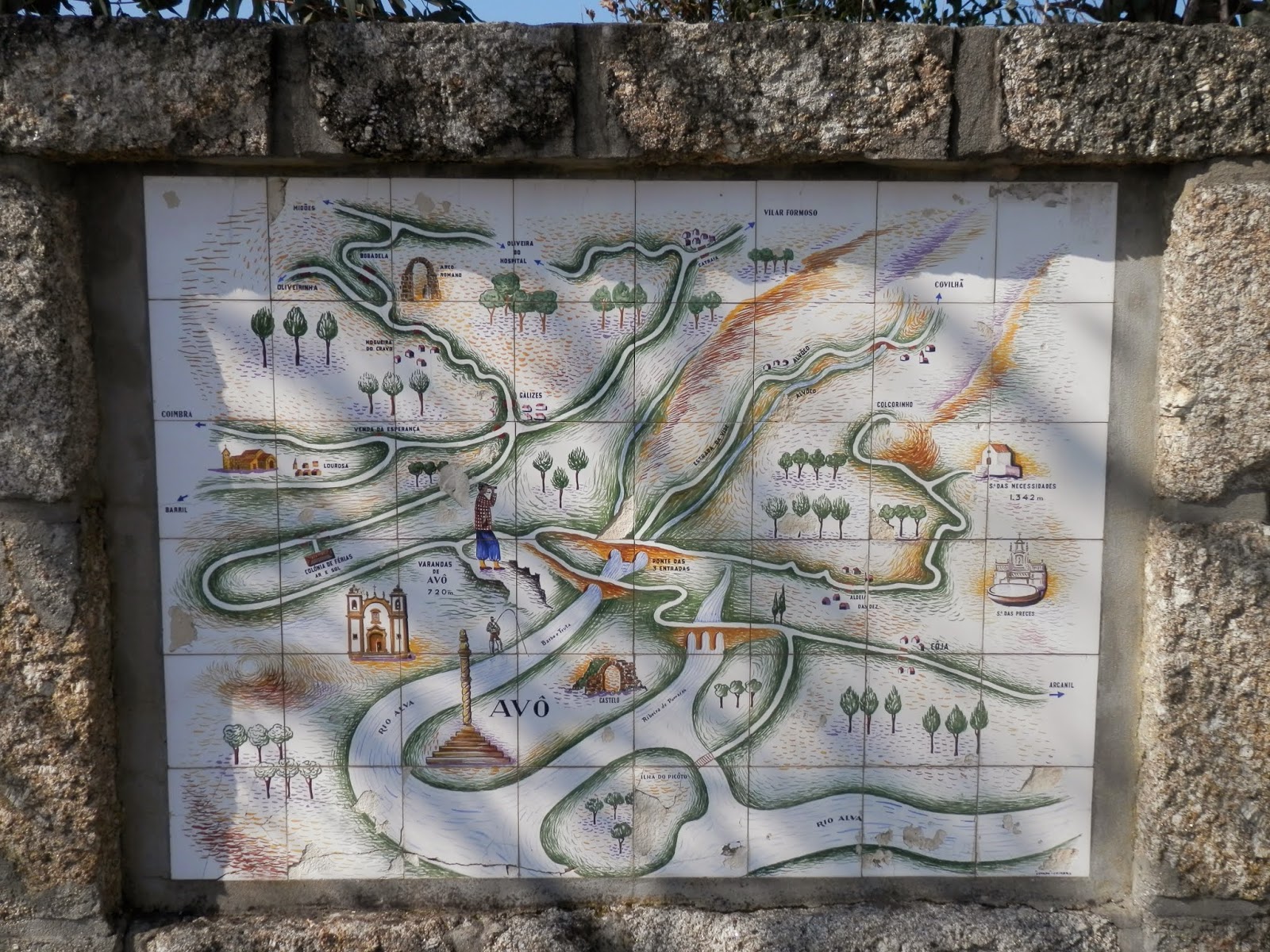 On from our visit to Pont das Tres Entradas we made one last drive towards Porto, stayed one night and then headed straight for Salamanca. I will include the reasons in the overall impressions of Portugal post as to why ... it won’t be complimentary (if I ever finish it).
Posted by ILTYT_Adventure at 13:58