So the last couple of weeks have been a bit manic, so blogging has gone right out the window. Between Lourical and where we are today in Zaragoza (that’s Spain about two thirds of the way back to the Mediterranean) we have a also been to Salamanca Spain (West), Pont das Tres Entradas (Bridge with three entries) Portugal, Porto (briefly see previous post about Orbiturs), and Coimbra. 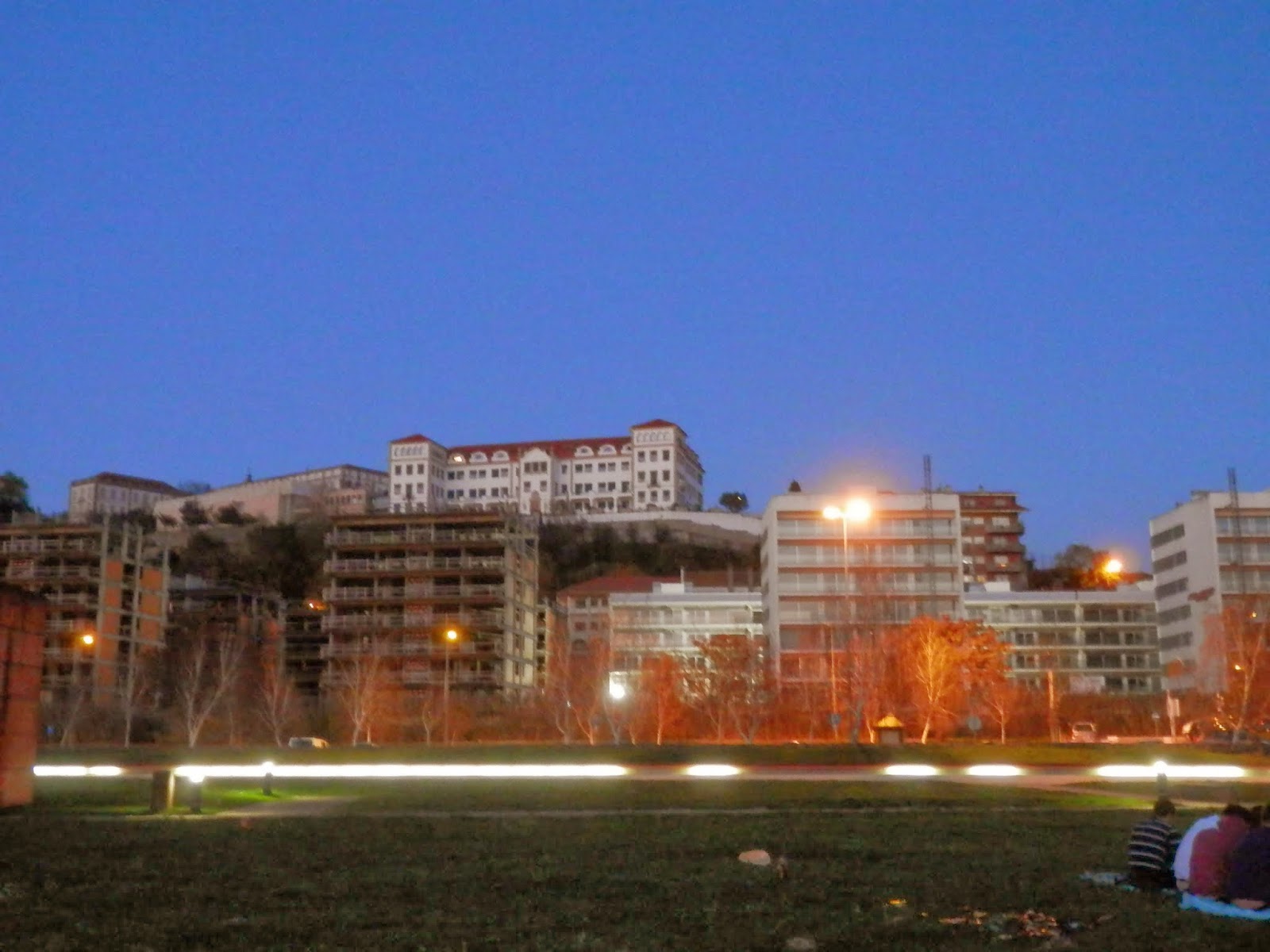 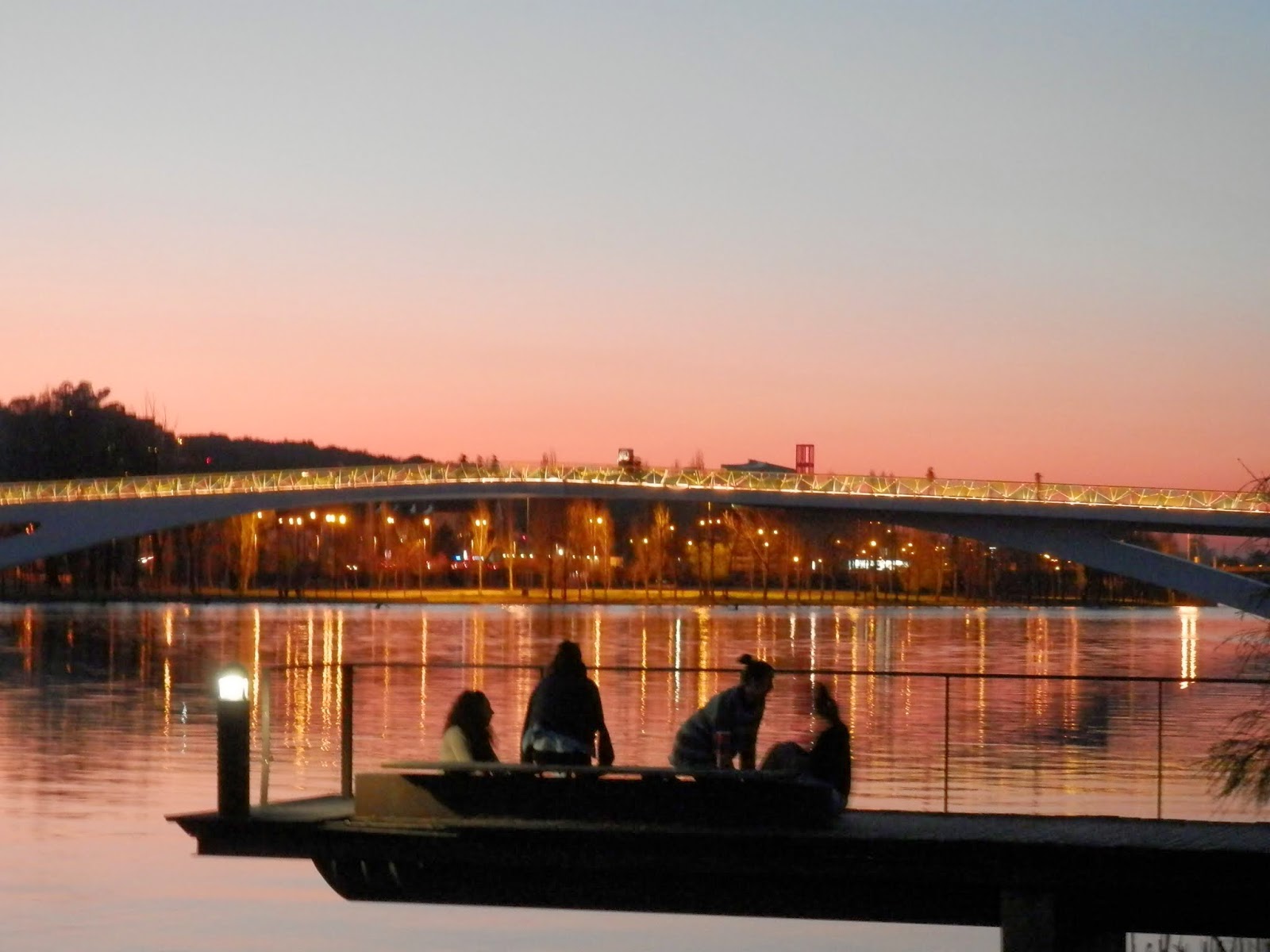 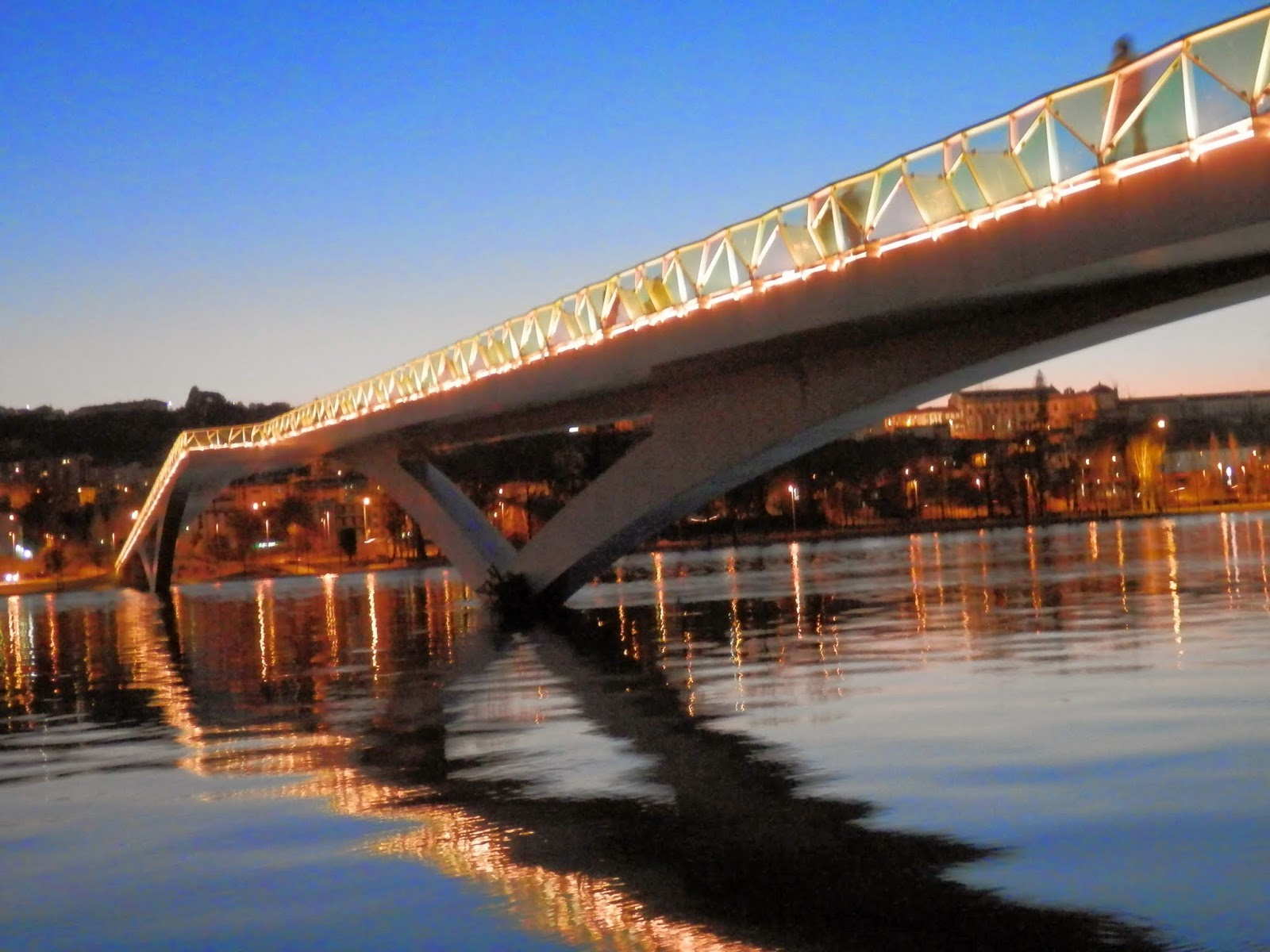 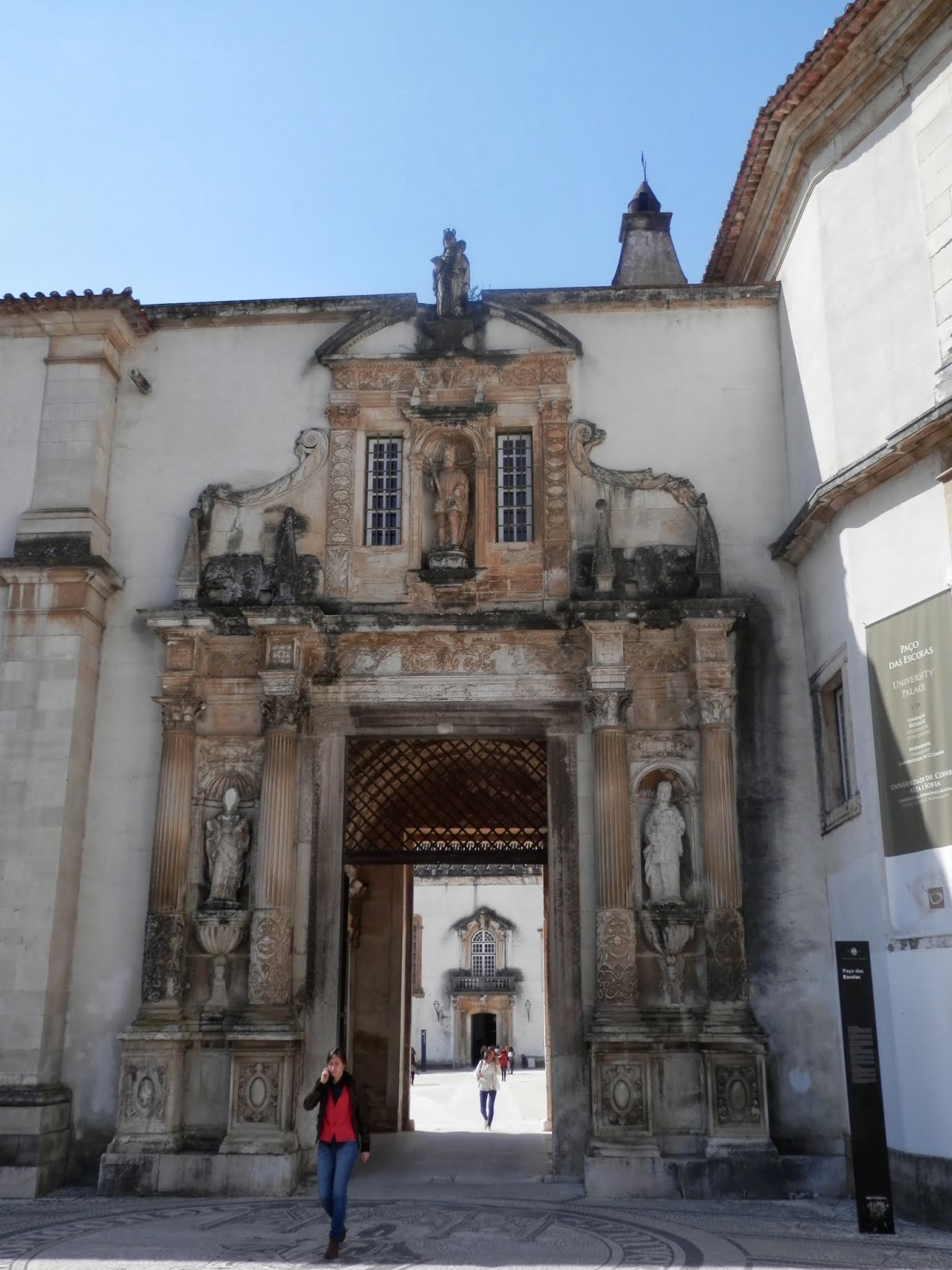 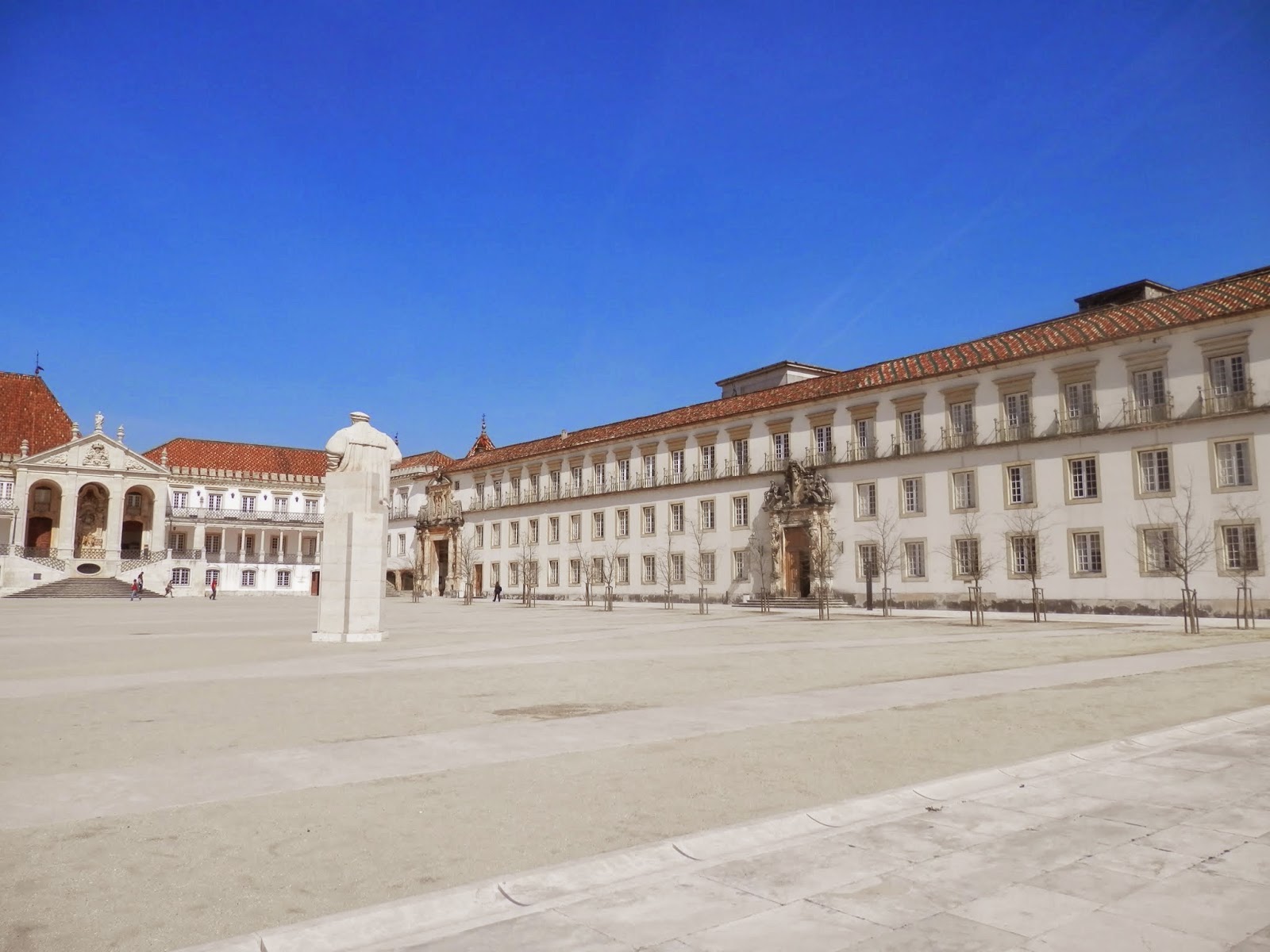 After Lisbon and Lourical, Coimbra was a very pleasant surprise. It’s a university town a few miles inland and the easy equivalent of Cambridge or Oxford, both in terms of age since establishment and reputation. It was the first time in three months that the younger generation outnumbered the older by ten to one or more.
The town itself is a glorious mix of classical buildings. There are three beautiful bridges, a lovely even flowing river populated all day by canoeists and scullists (http://en.wikipedia.org/wiki/Single_scull not sure a Scullist is a word). The river is the Mondego, the banks are populated by students running, socialising and being students (and quite a few of the groups we heard were speaking almost exclusively in English). http://en.wikipedia.org/wiki/Mondego_River this river is a Portuguese natural national treasure. 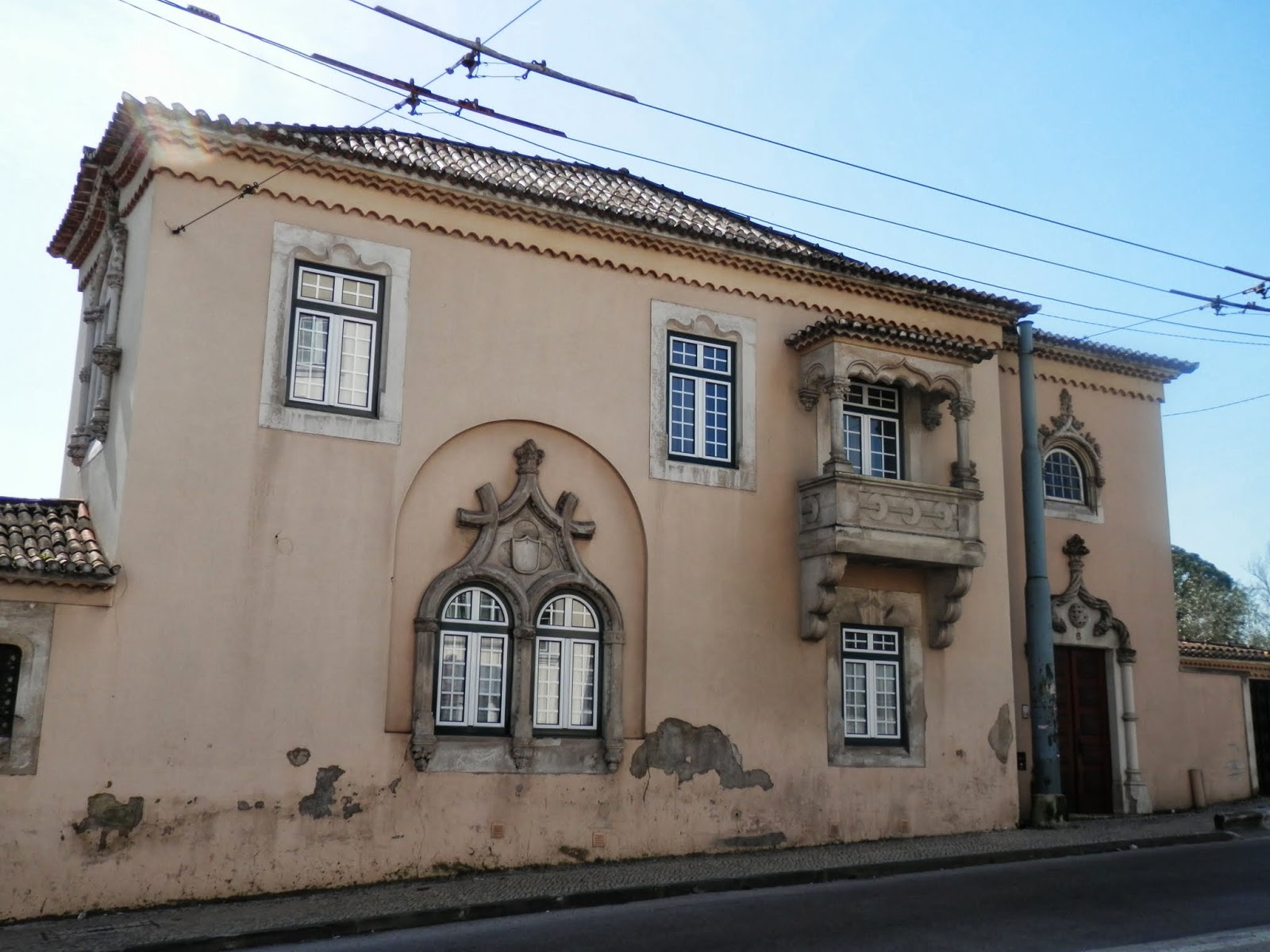 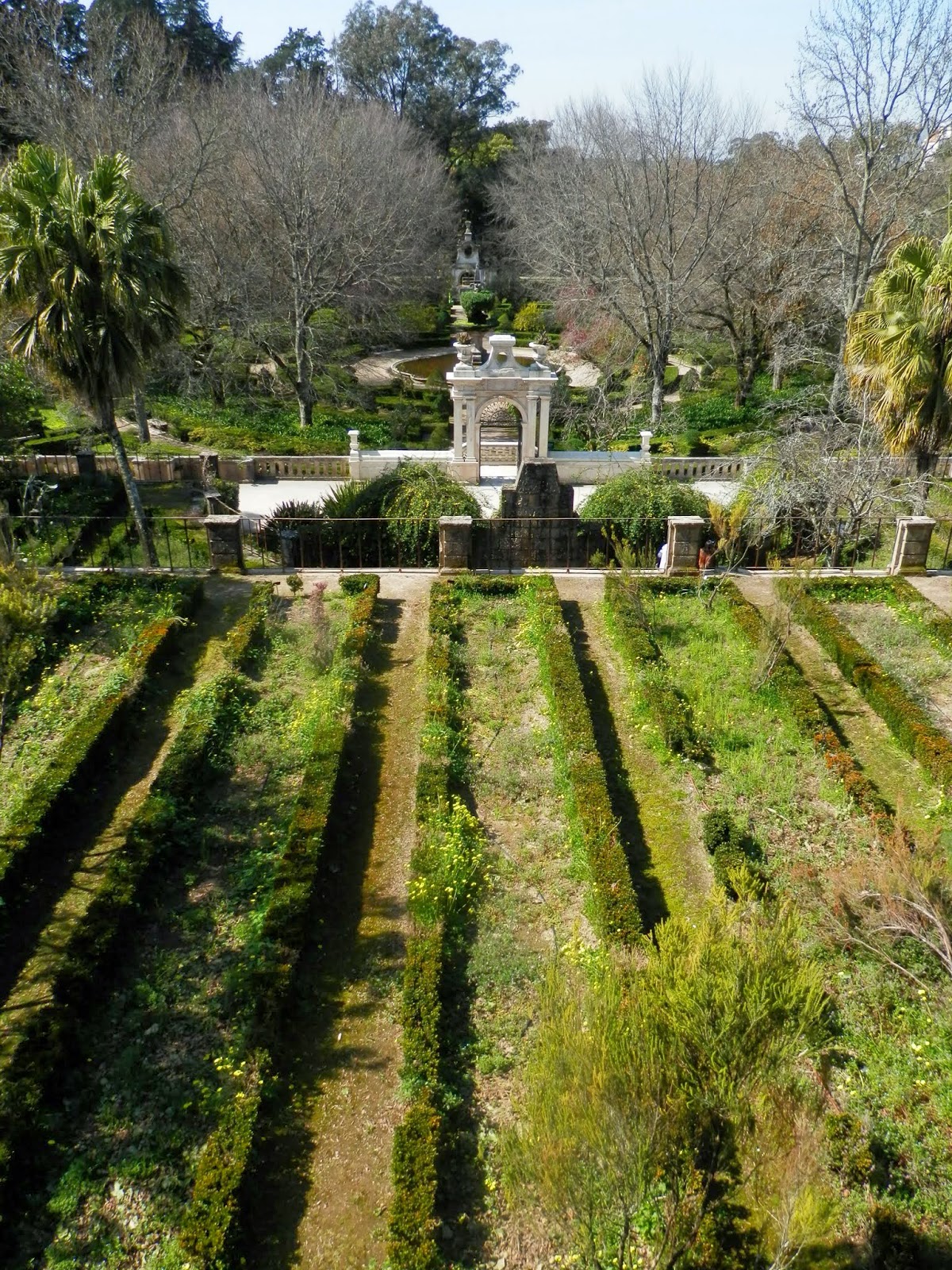 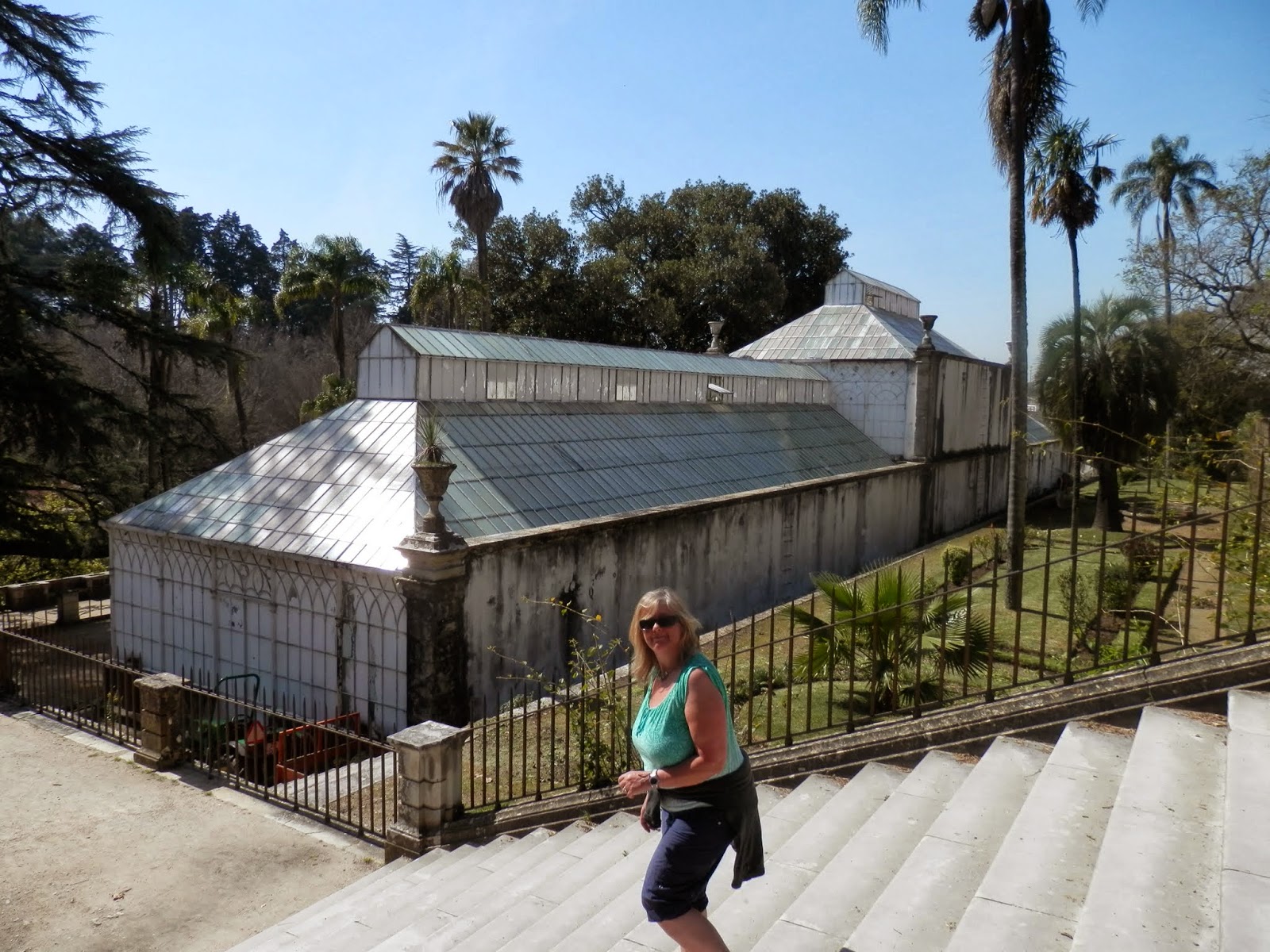 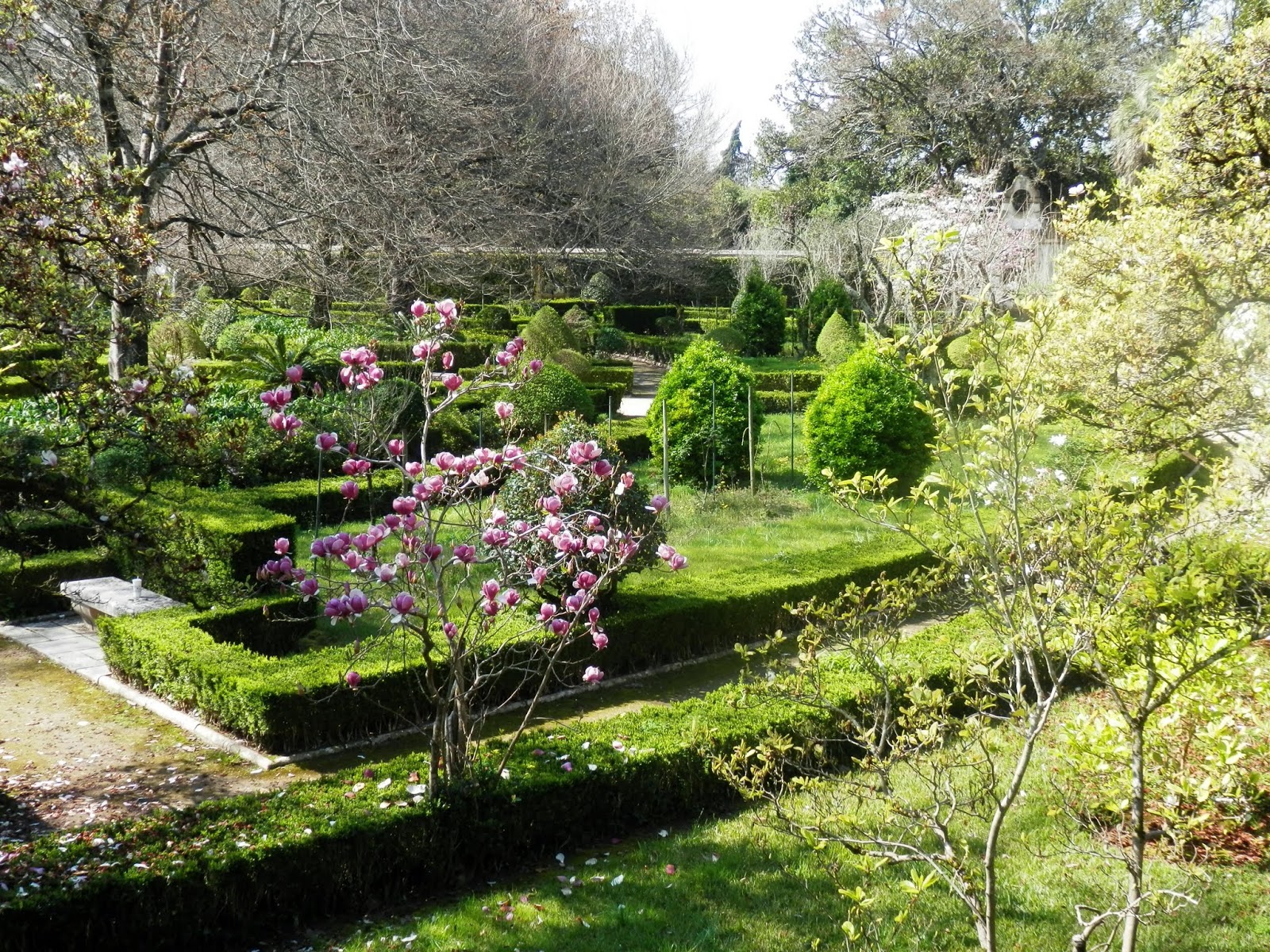 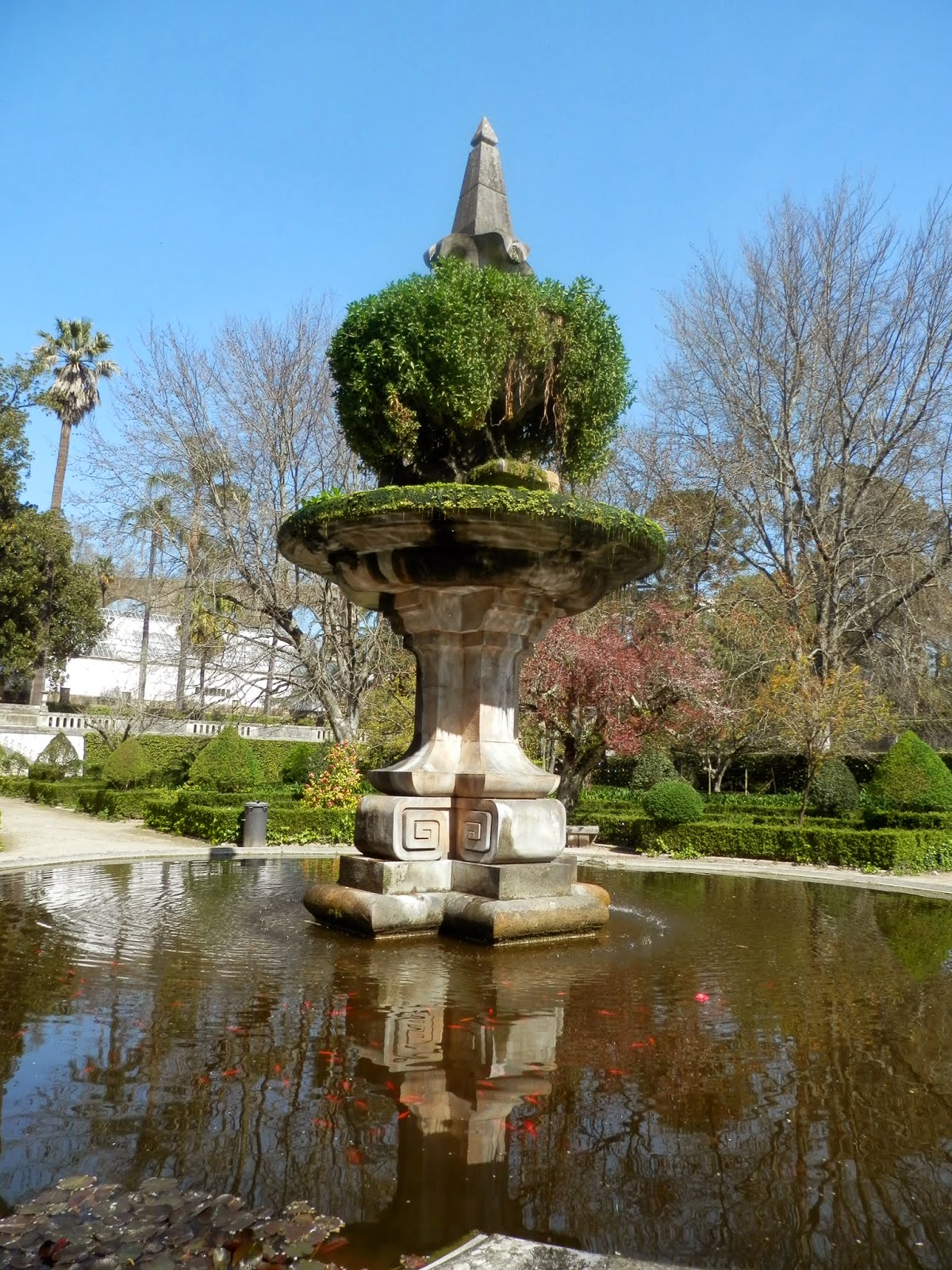 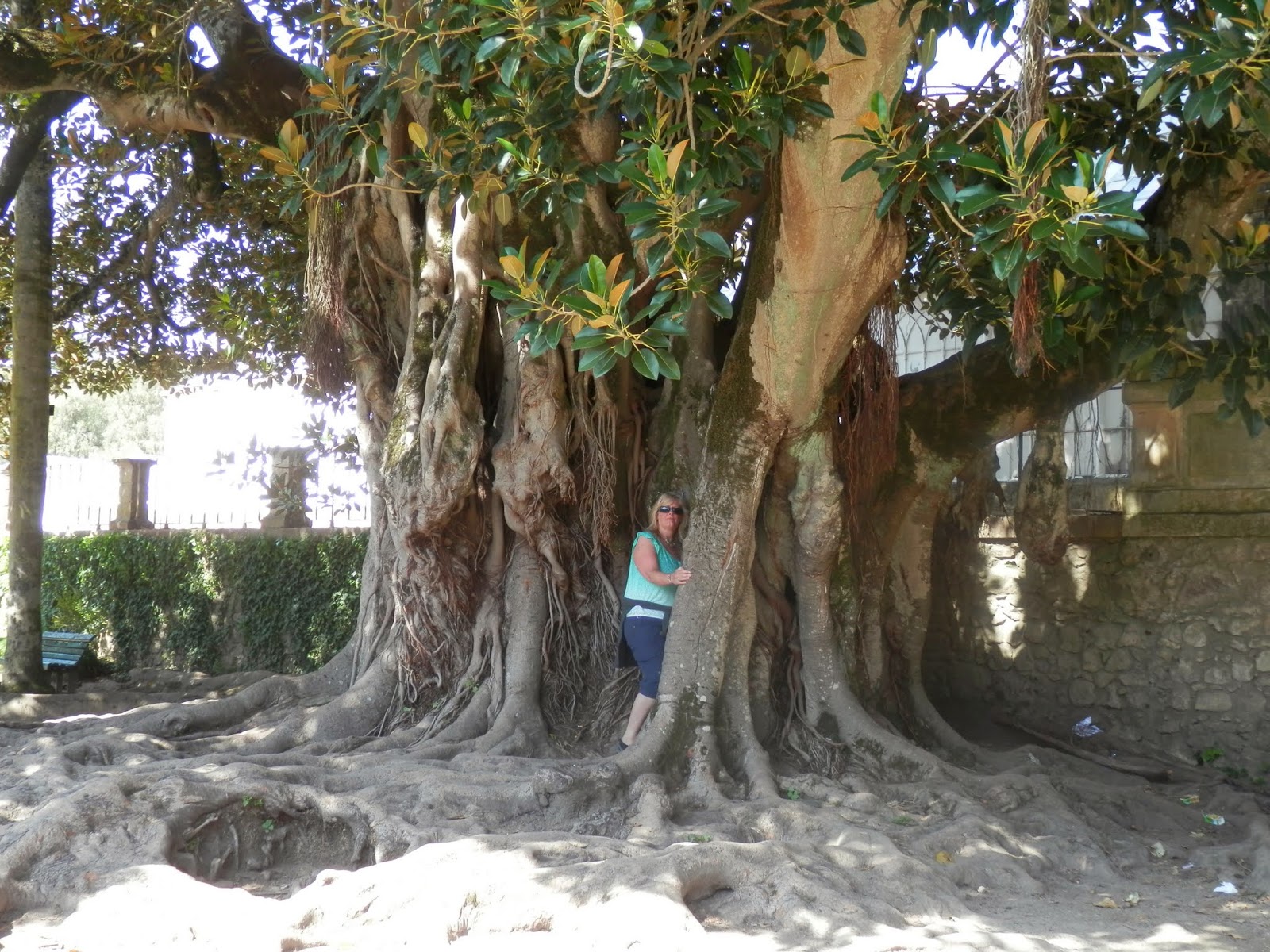 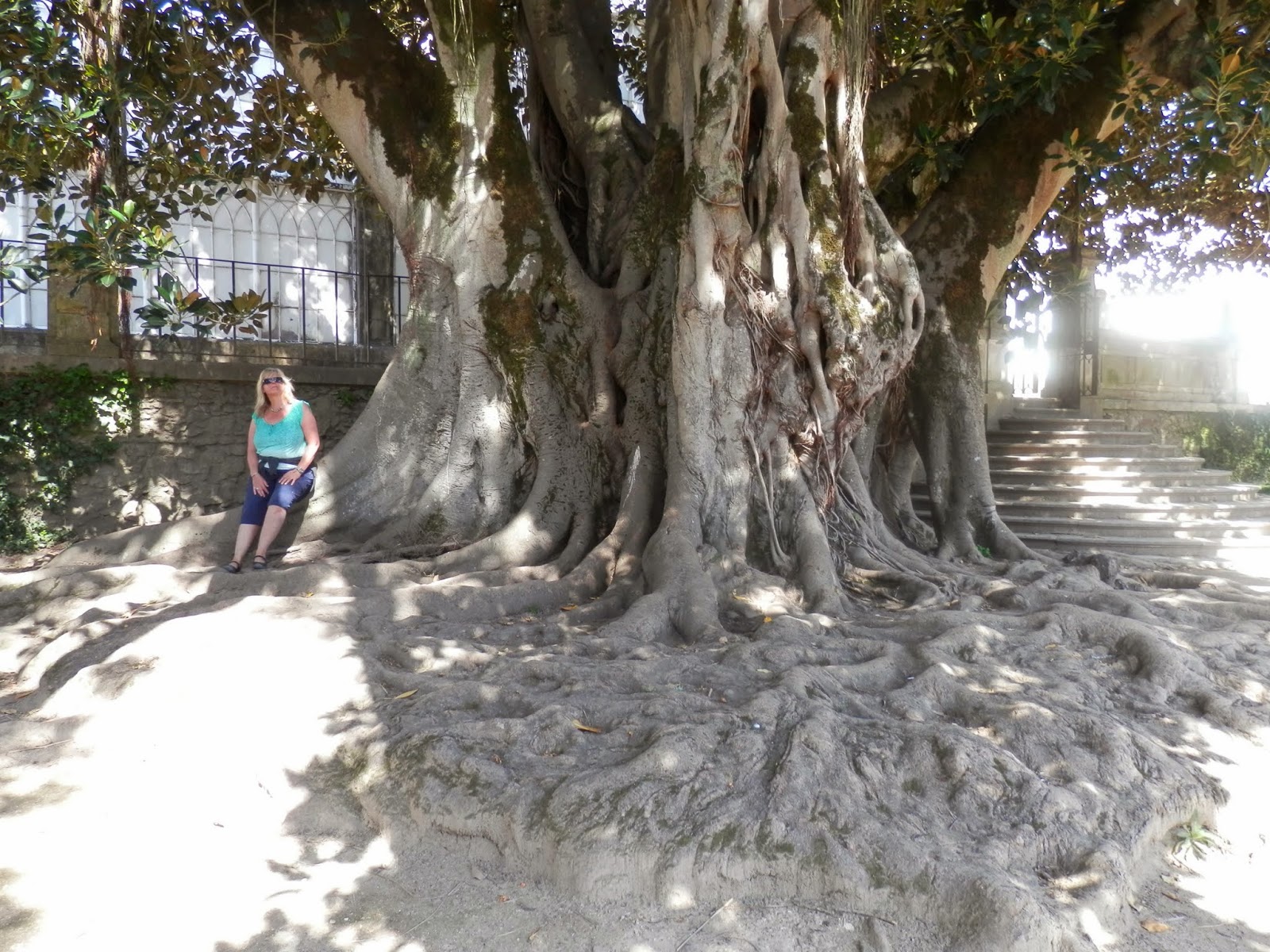 Dotted between the modern bits of city and the old classical city are some very old village parts that must have sat outside the city limits in its early years and have just been swallowed ... that they have survived at all is a miracle. 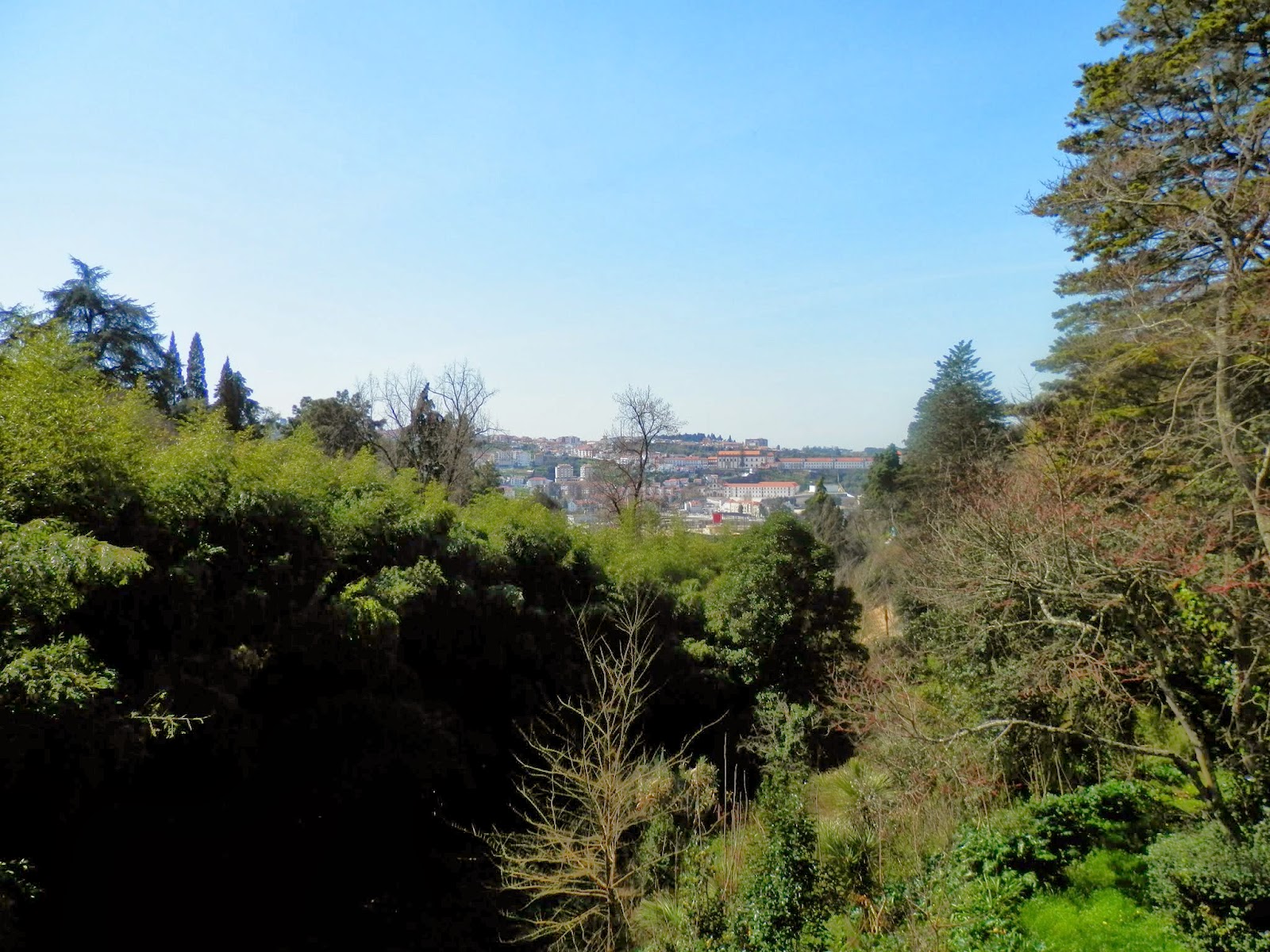 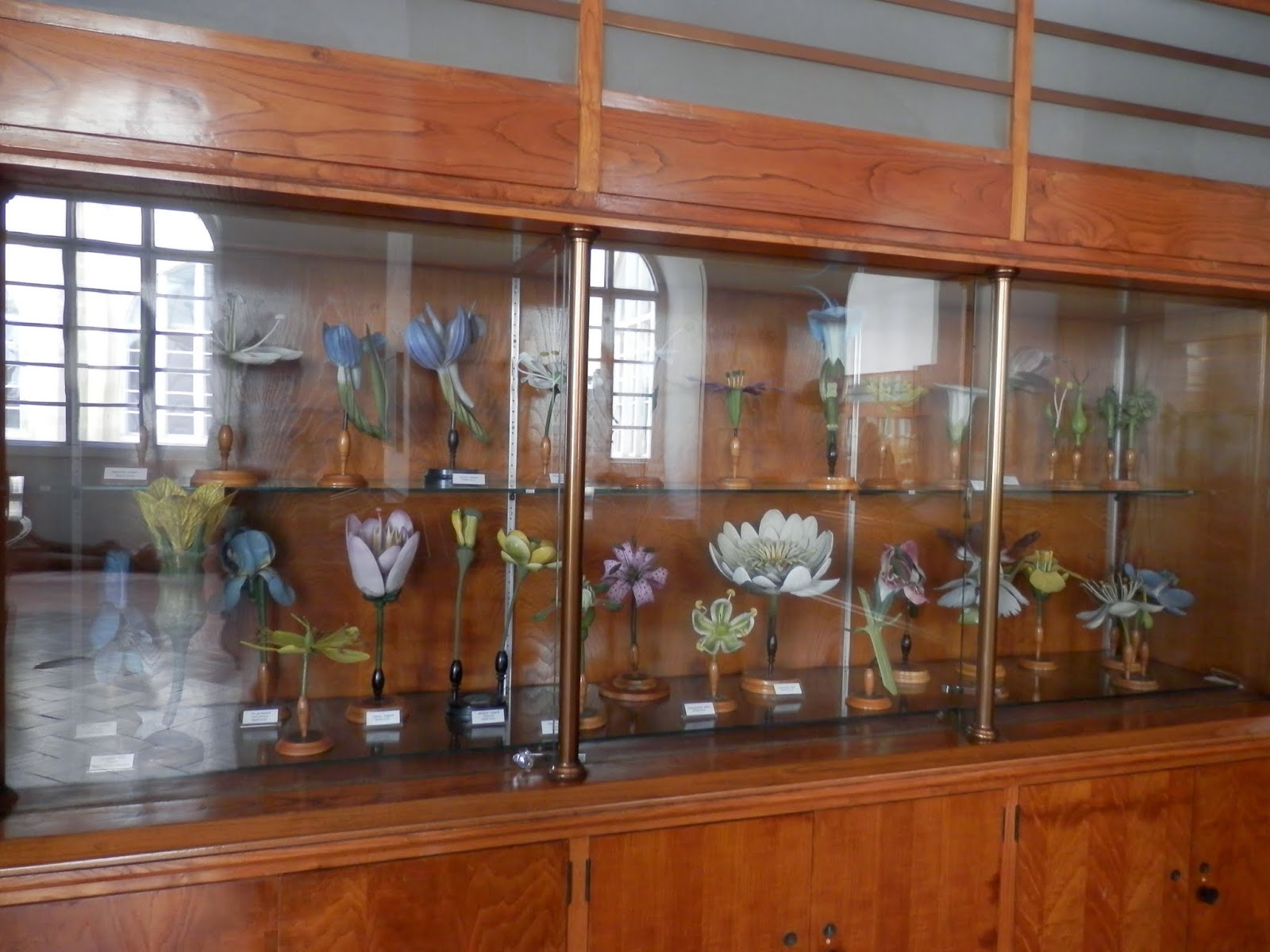 In the central high core of the city there are streets and alleyways barely shoulder width apart, and the entire town is flanked by hills and conifer plantation. If I have gripe with the city it’s the number of religious icon shops in the centre, gaudy china effigies of Jesus and Mary, Chalices, and all sorts of other god bothering kit.
Trivia factoid: Coimbra university library and the student uniforms were the inspiration for JK Rowling’s image of Hogwarts. Coimbra is a fabulous visit, and this is gong to become boring and repetitive: Portugal is not on the Algarve, its inland. 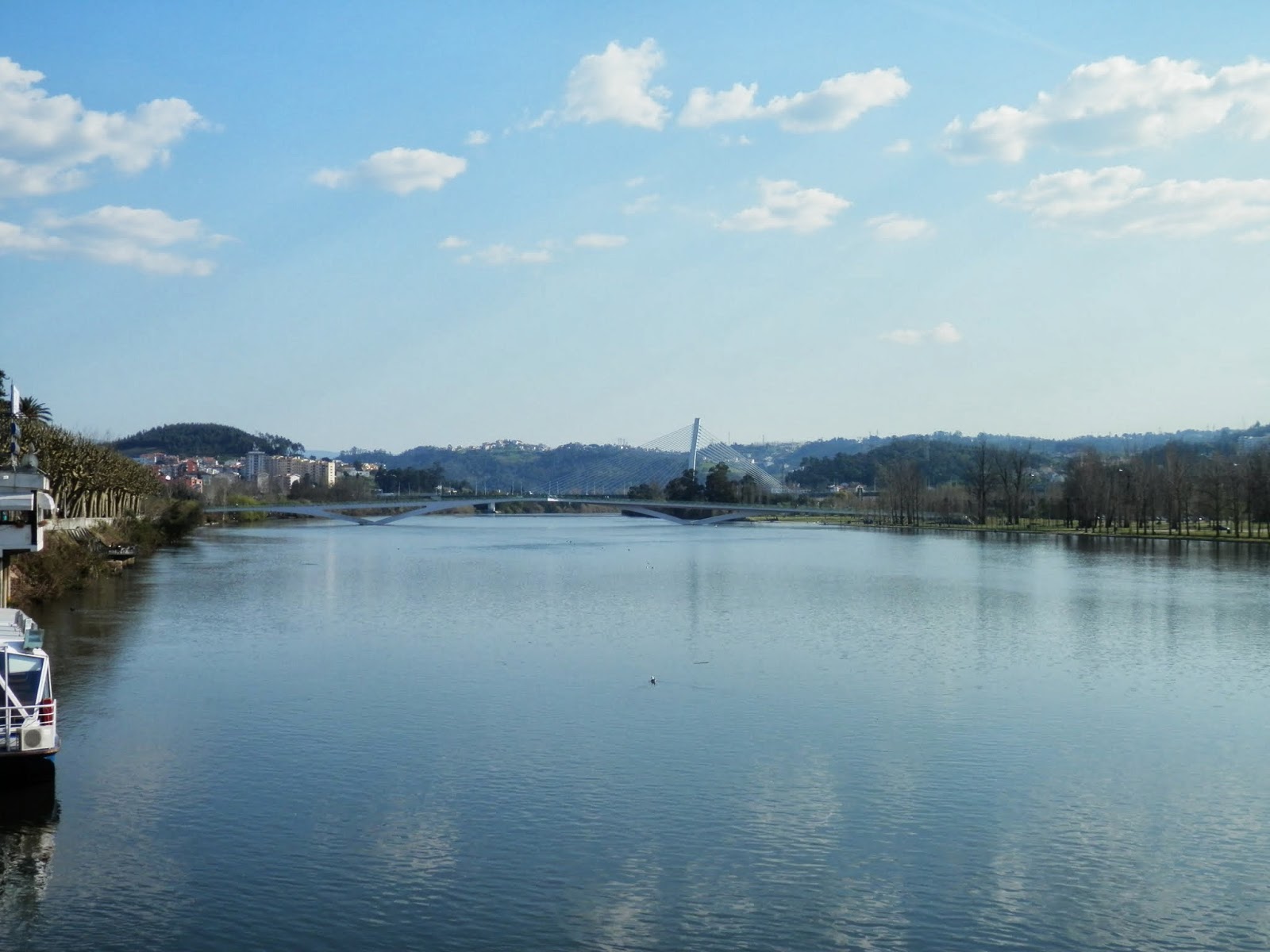 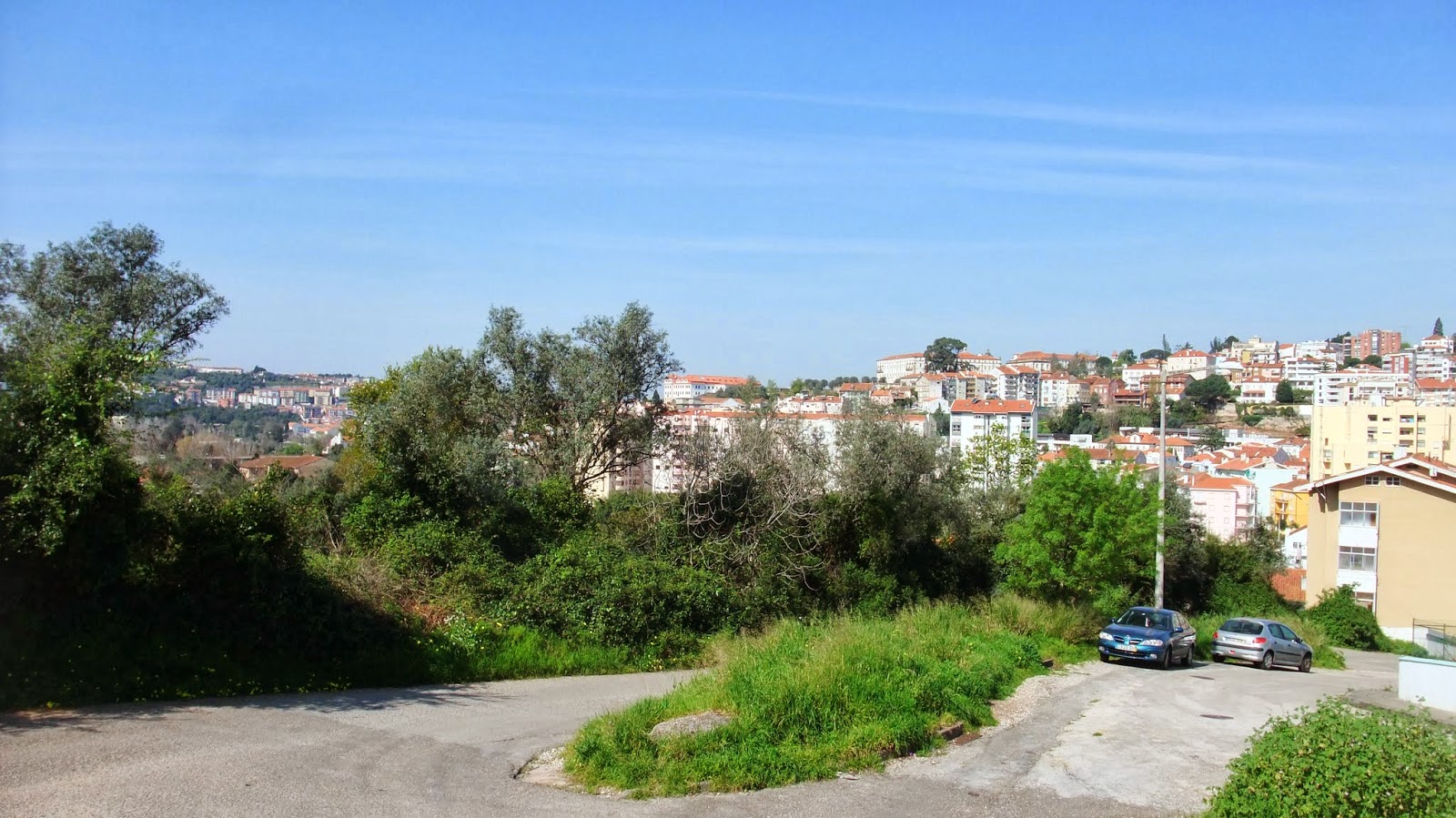 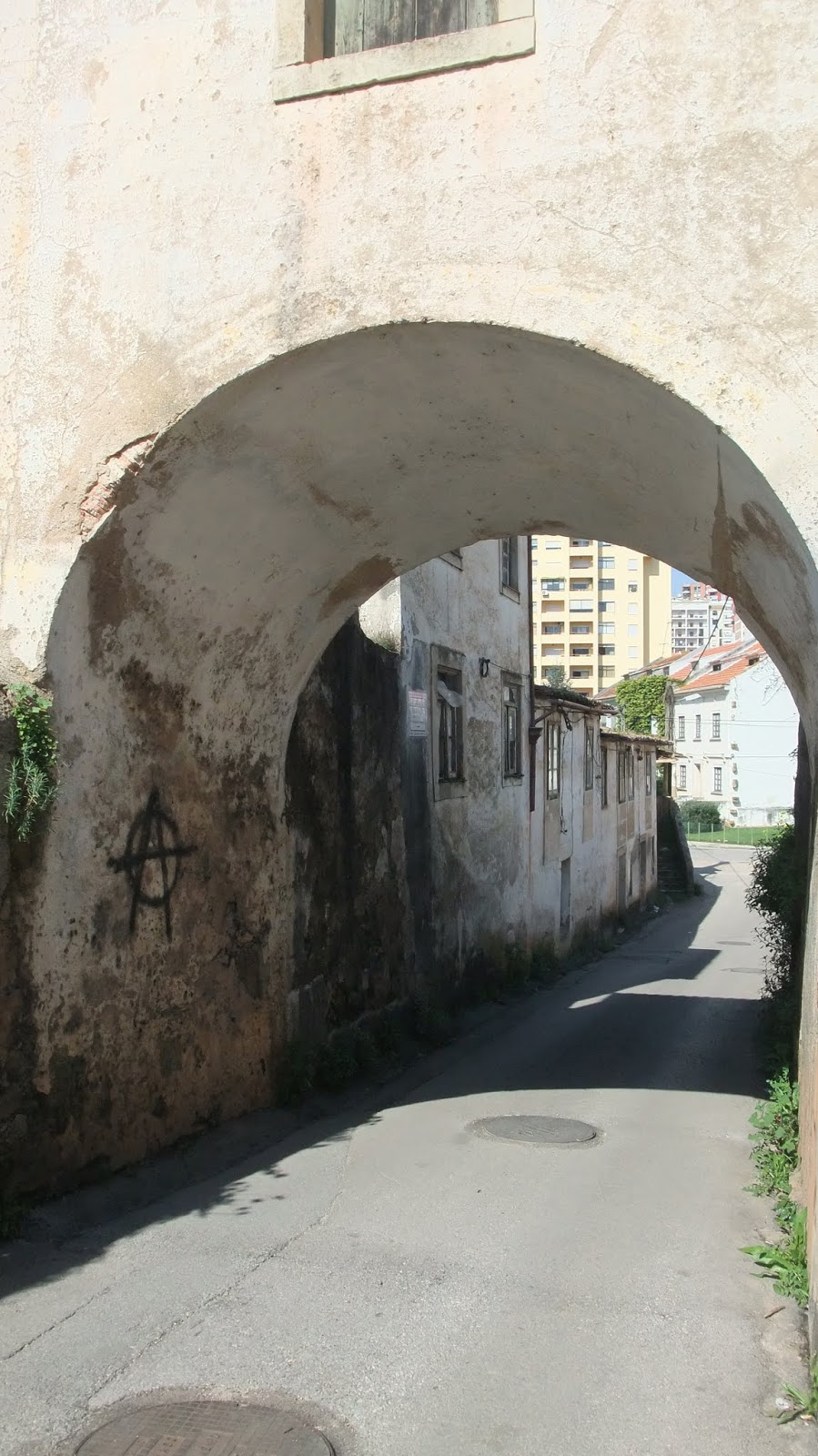 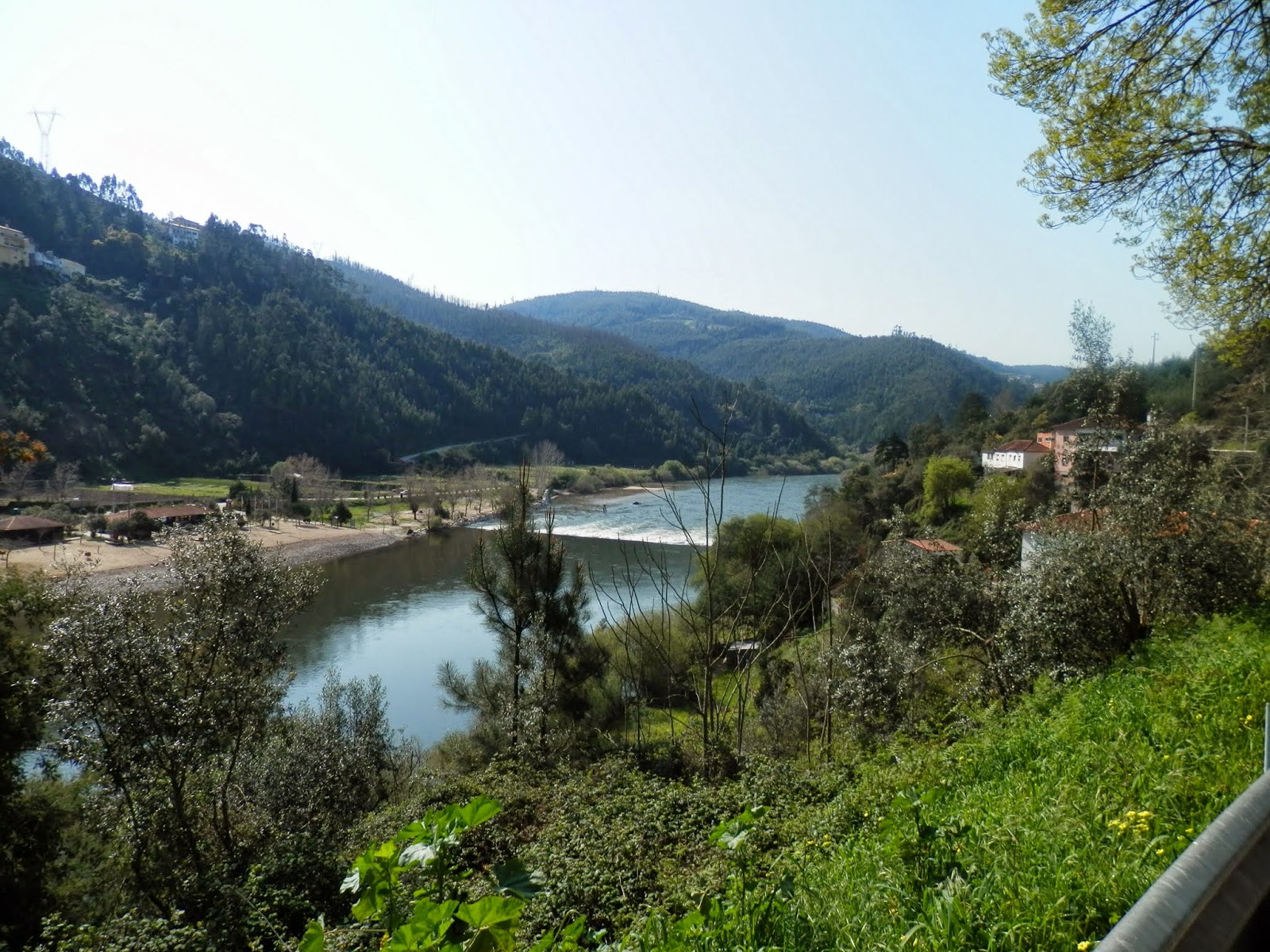