Tarifa is the most southerly point of Europe. The word tariff may have originated from its name as it was the first port to charge merchants for its services. It’s the closest point to Africa from Europe and I reckon the lighthouse is the closest man made structure in Europe to Africa (I may be wrong).
More here http://en.wikipedia.org/wiki/Tarifa but not much. 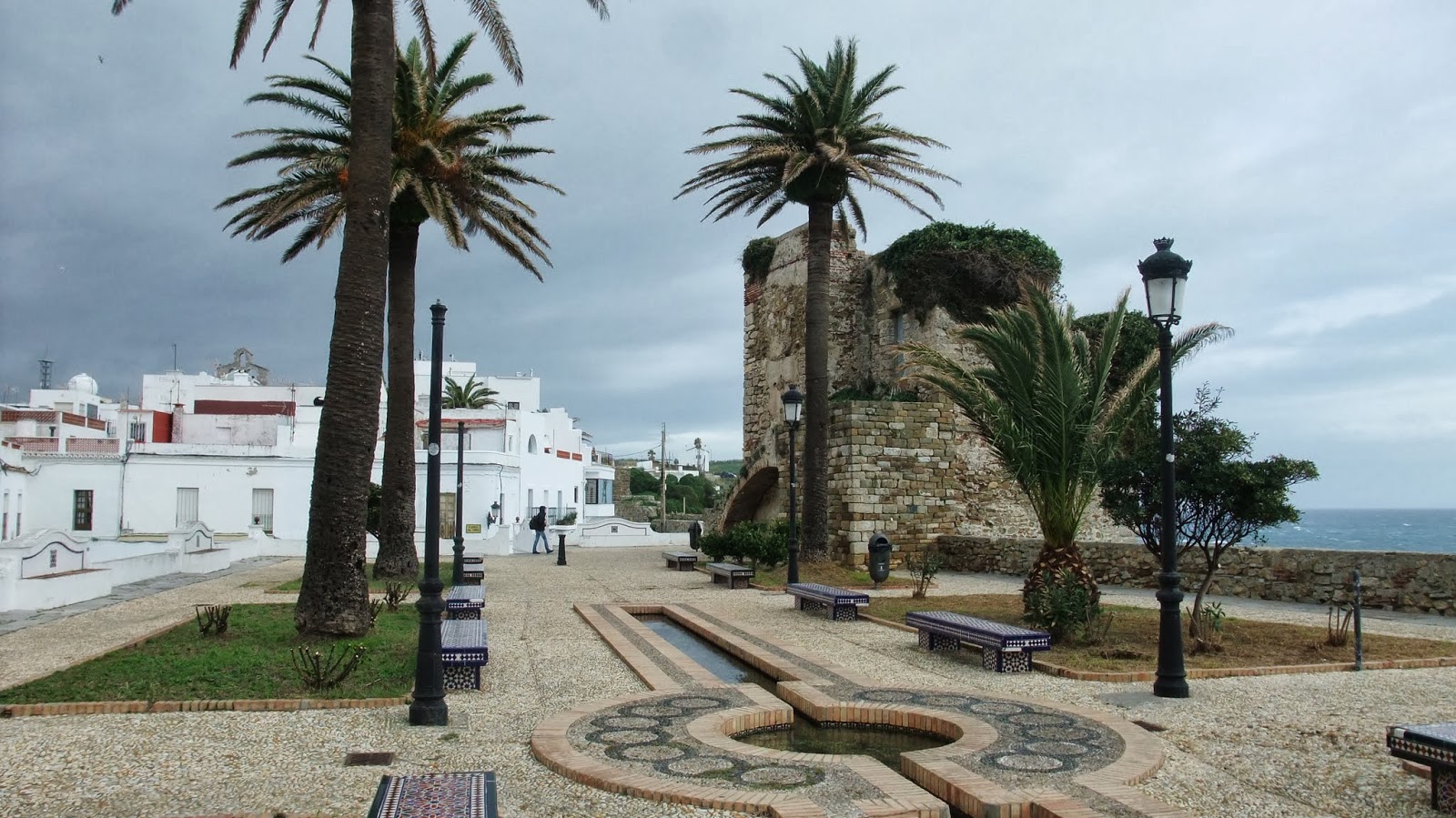 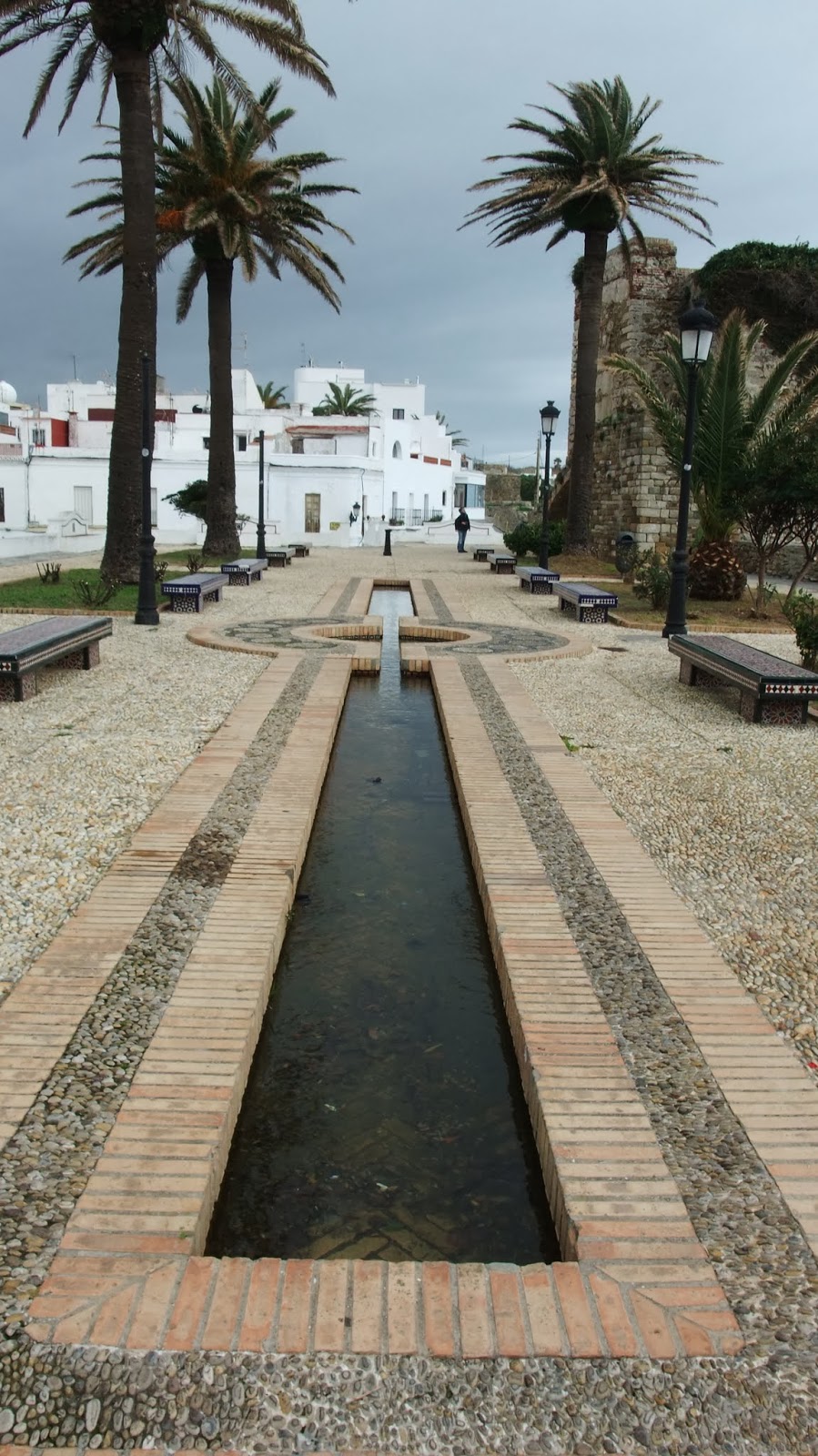 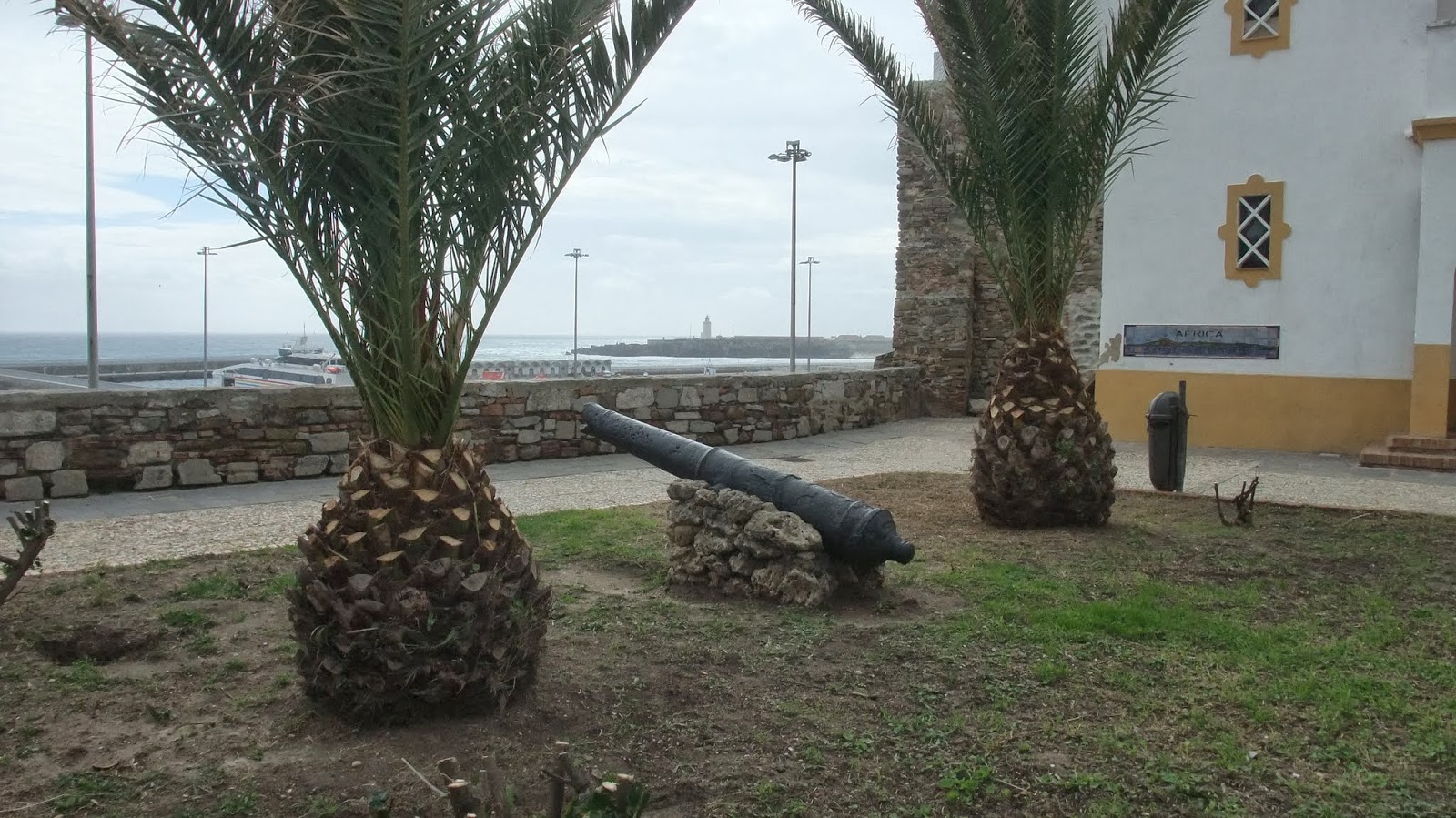 We really like Tarifa, the beach near the campsite is a glory, the sand is gold, the hills behind are verdant, there are streams that run onto the beach, and the water is a beautiful blue when it’s calm(ish). The area is windy, and according to our new New Zealand friends it’s ranked No3 in the whole world for Kite Surfing (one assumes Wind Surfing as well). The town has numerous surfer dude shops and all the kit that goes with the surf lifestyle. The sea off the beach of Tarifa is the Straits of Gibraltar.
http://en.wikipedia.org/wiki/Straits_of_Gibraltar 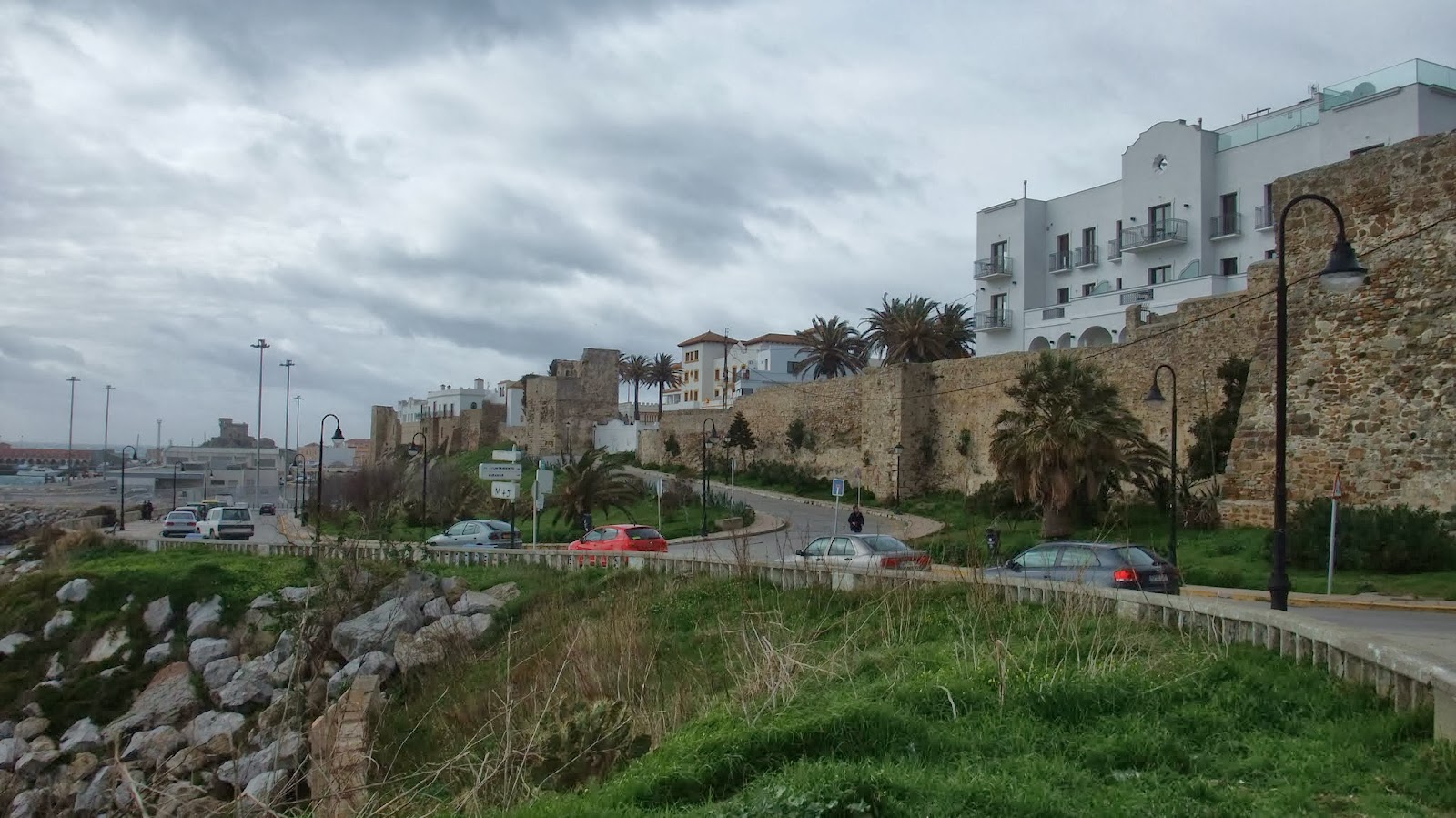 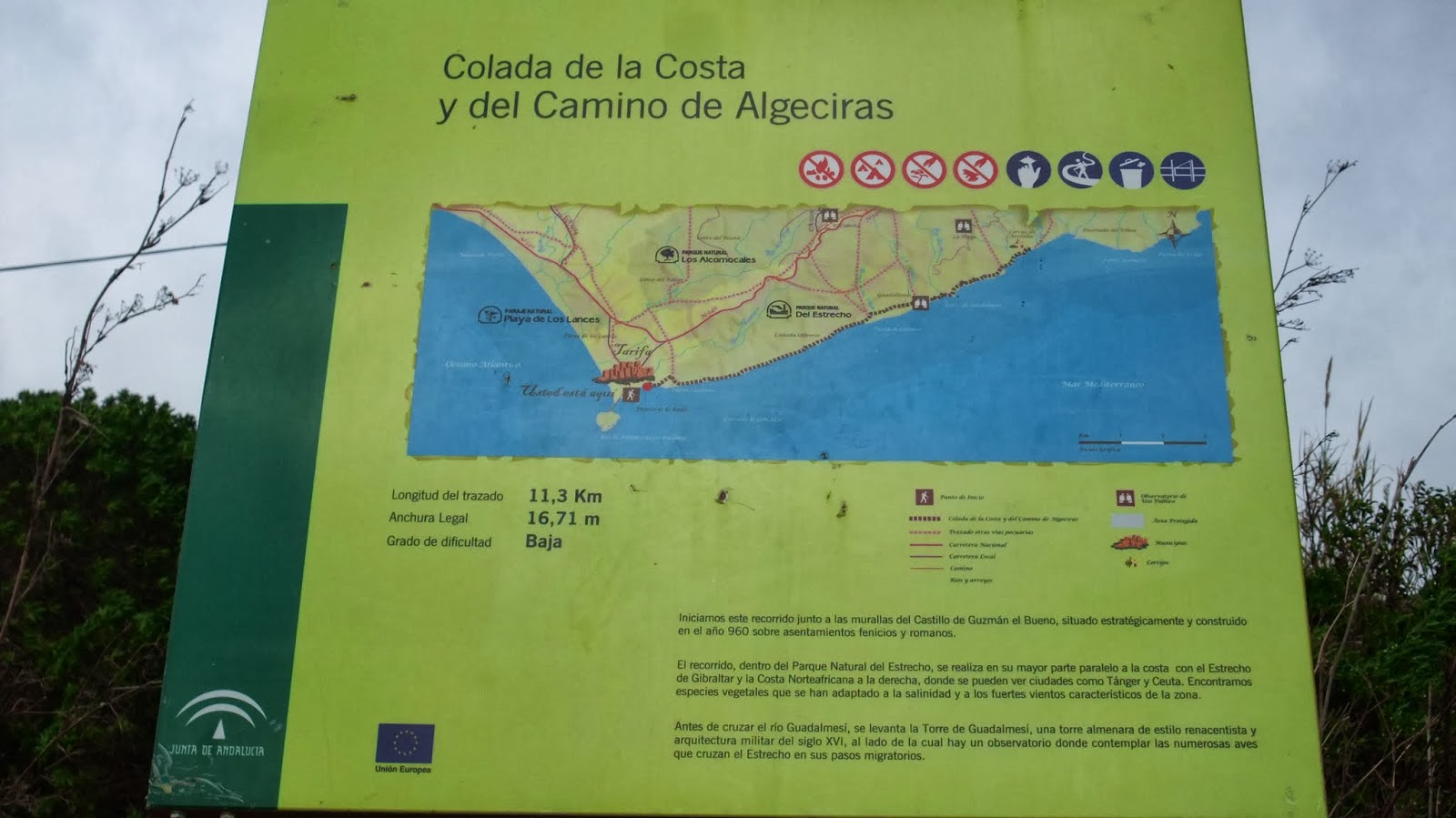 As ever we were a little bit shocked to see that it’s missed the history bus. Spain has a long way to go to realise what incredible history it has. In places like Cartagena, Alhambra and Seville, they have it pretty much sorted. But then you get to somewhere like Tarifa and at best you get the odd nod to history. I appreciate that you can’t leave city’s and towns as museums, but a place like Tarifa that must have stood for hundreds of years as the portal between Europe and Africa deserves a little bit better from the Spanish authorities (in my opinion). If it wasn’t for the Wikipedia article I wouldn’t have known a thing about the place, other than the surfing aspect.