A while back someone said it’s not just the places you go that make travelling/touring interesting; it’s the people you meet along the way. We’ve been in Tarifa for nearly a fortnight now (see previous three posts). Towards the end of week one, we met Mark and Wendy Robinson from New Zealand.

From this pair of truly intrepid travellers we learnt about something that’s bothered me since arriving in Spain. The question we had from almost day one. Was: Who put those bloody enormous Bulls up beside the roads? Having a fevered imagination, I wondered if they weren’t the work of Franco; an elitist symbol of machismo and Spanish testosterone.  Where we Brits borrowed the Lion from the Dark Continent rather cheekily as Lions haven’t wandered our shores since before the last Ice Age, the symbol of the Bull is synonymous with Spain, for reasons that need no explanation.

How wrong can you be, and how easy it to over-think things. Wendy and Mark explain the Osborne Bulls in the link above. 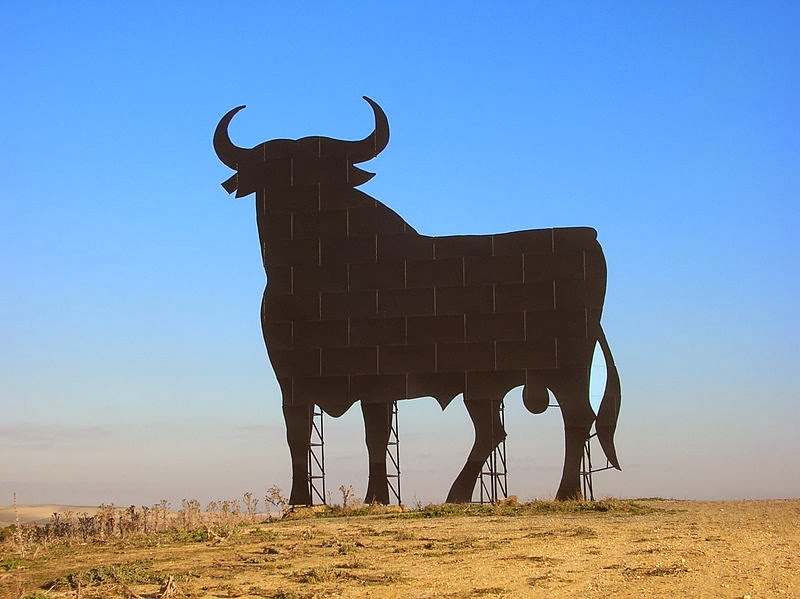 So if you’ve ever been to mainland Spain and seen these icons and wondered `who put those there and should I be scared of bull voodoo’? Wonder no more.

Mark and Wendy are now across the water on the Dark Continent, continuing their adventure, while we will be heading west then north to Portugal, I hope they see Lions.