Todays words to accompany pictures will be brief, this is because I imbibed more sherry than I should and today, having driven back via Cadiz and Medina Sedonia ... frankly I’m good for nothing.

We stayed in a hotel ... I didn't sleep a wink, too much space, too warm, to much vino, and I shouldn't have had a Carajillo after I ate. Nice Hotel though. 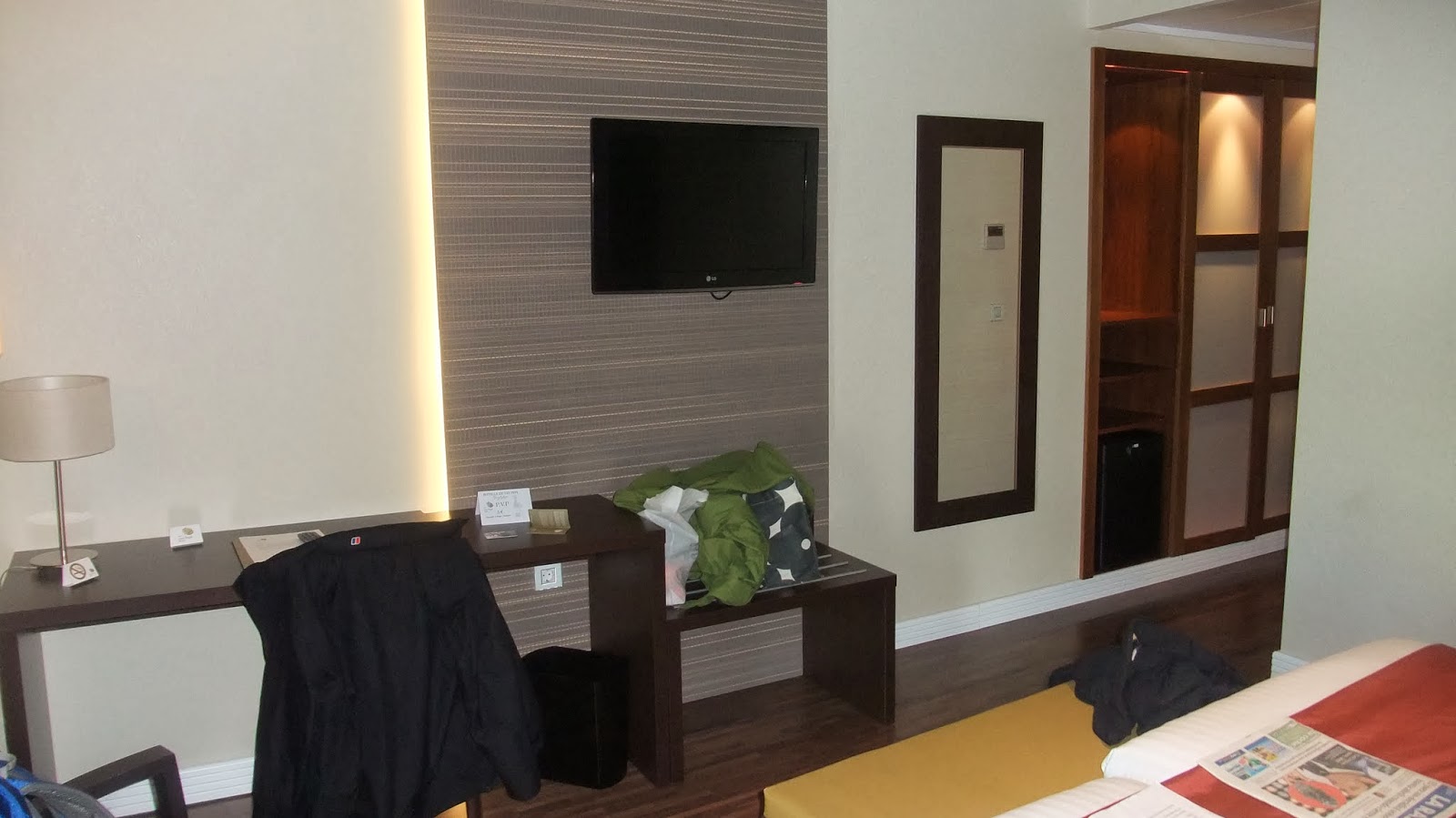 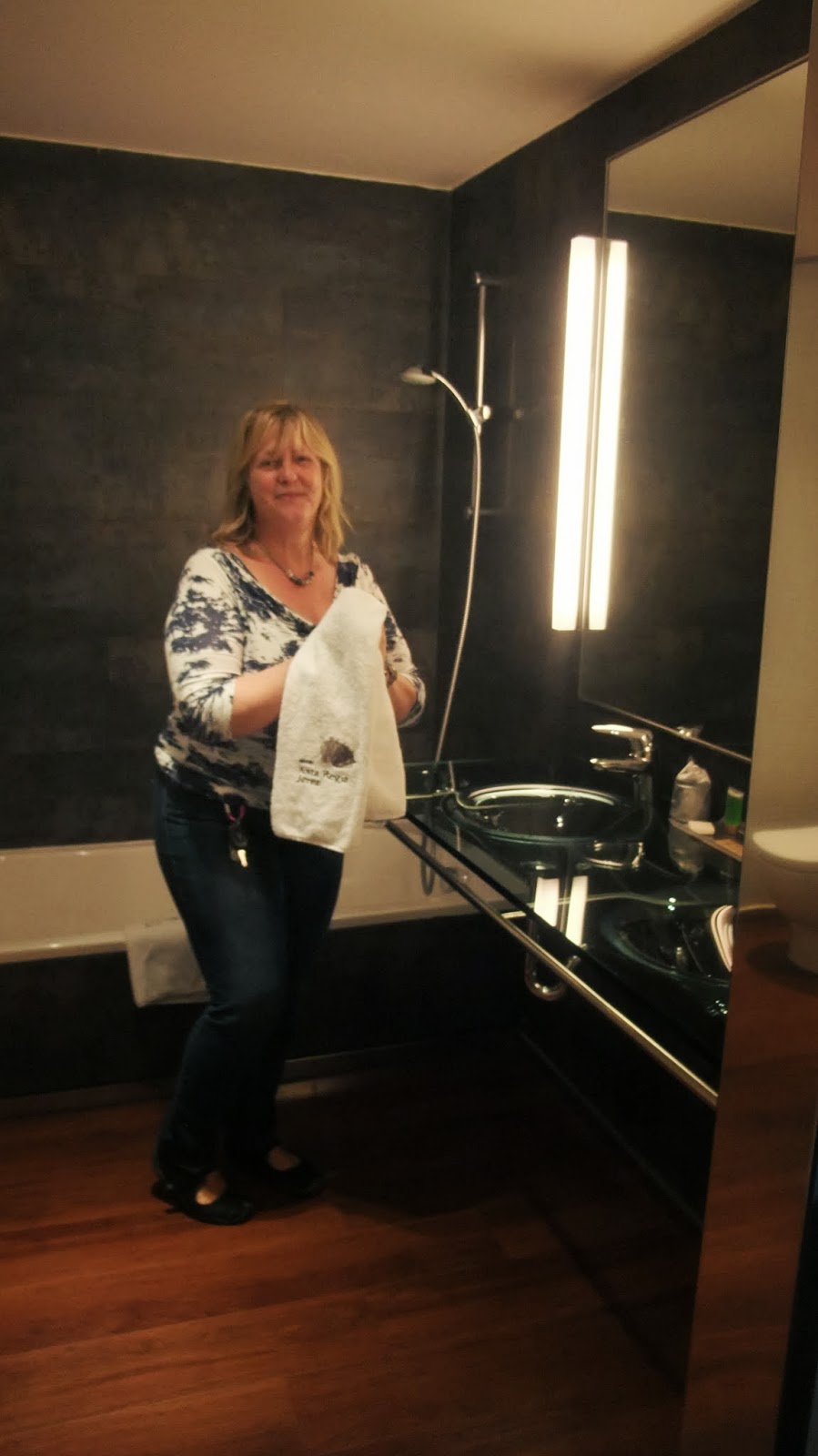 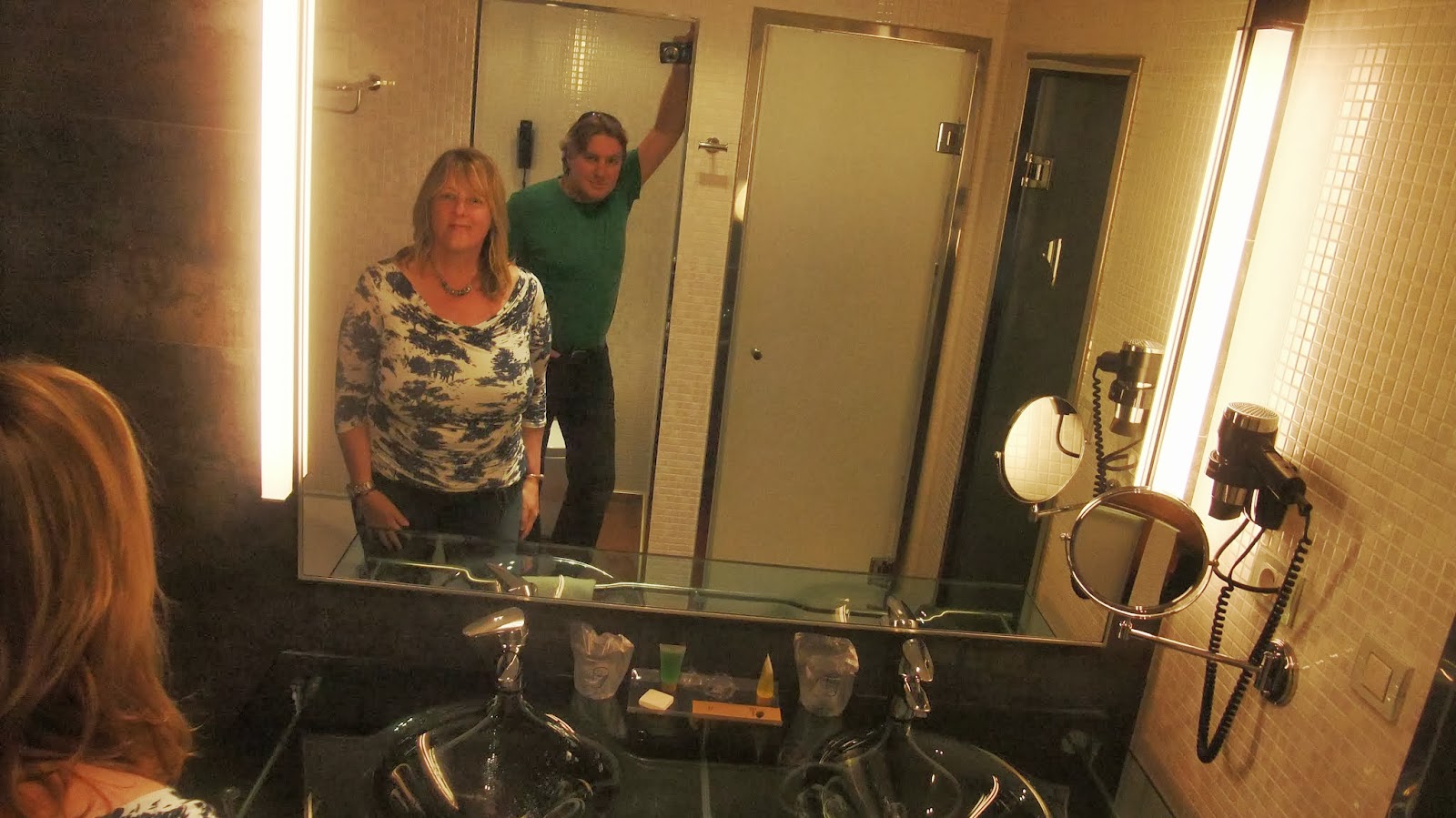 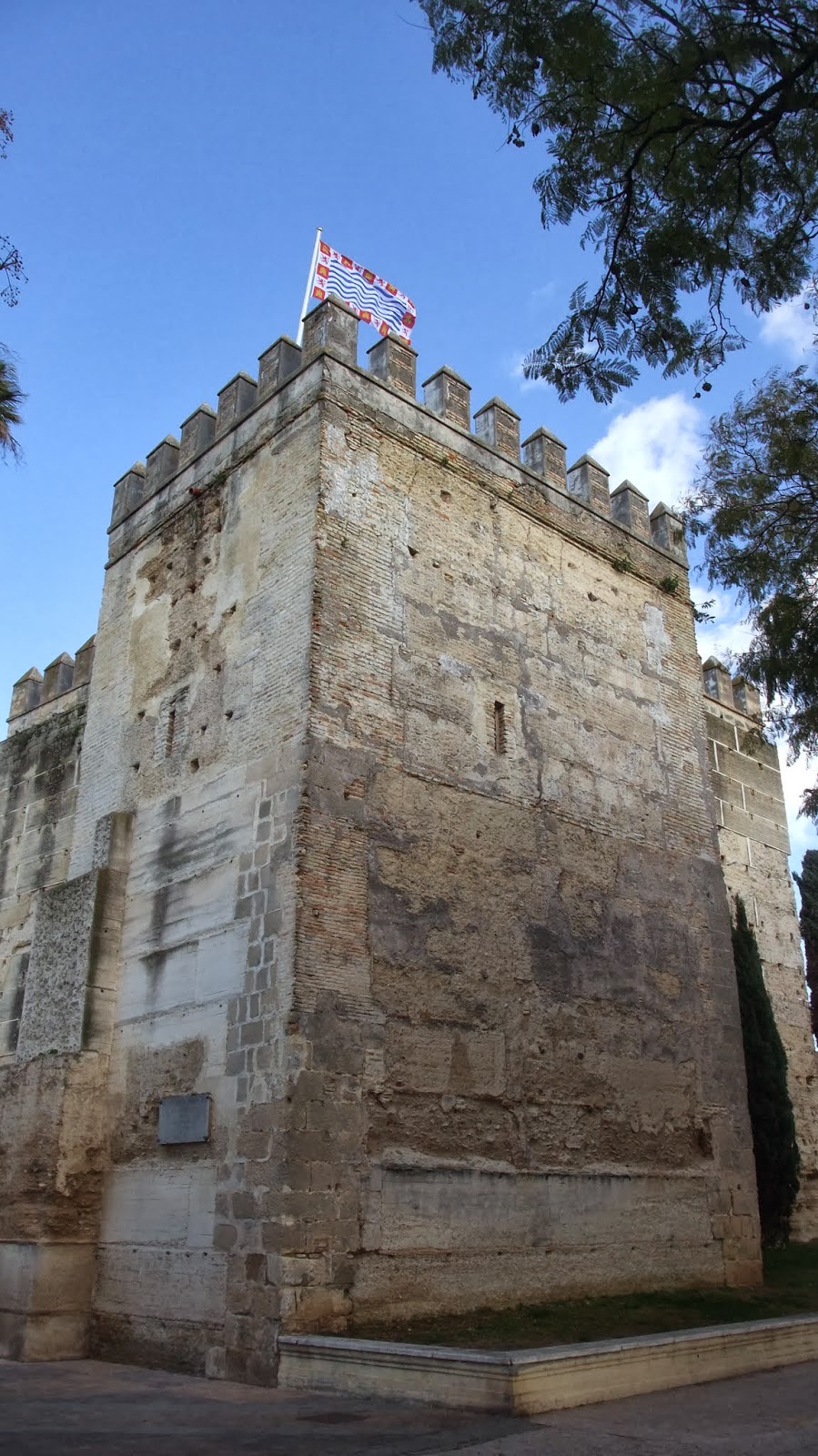 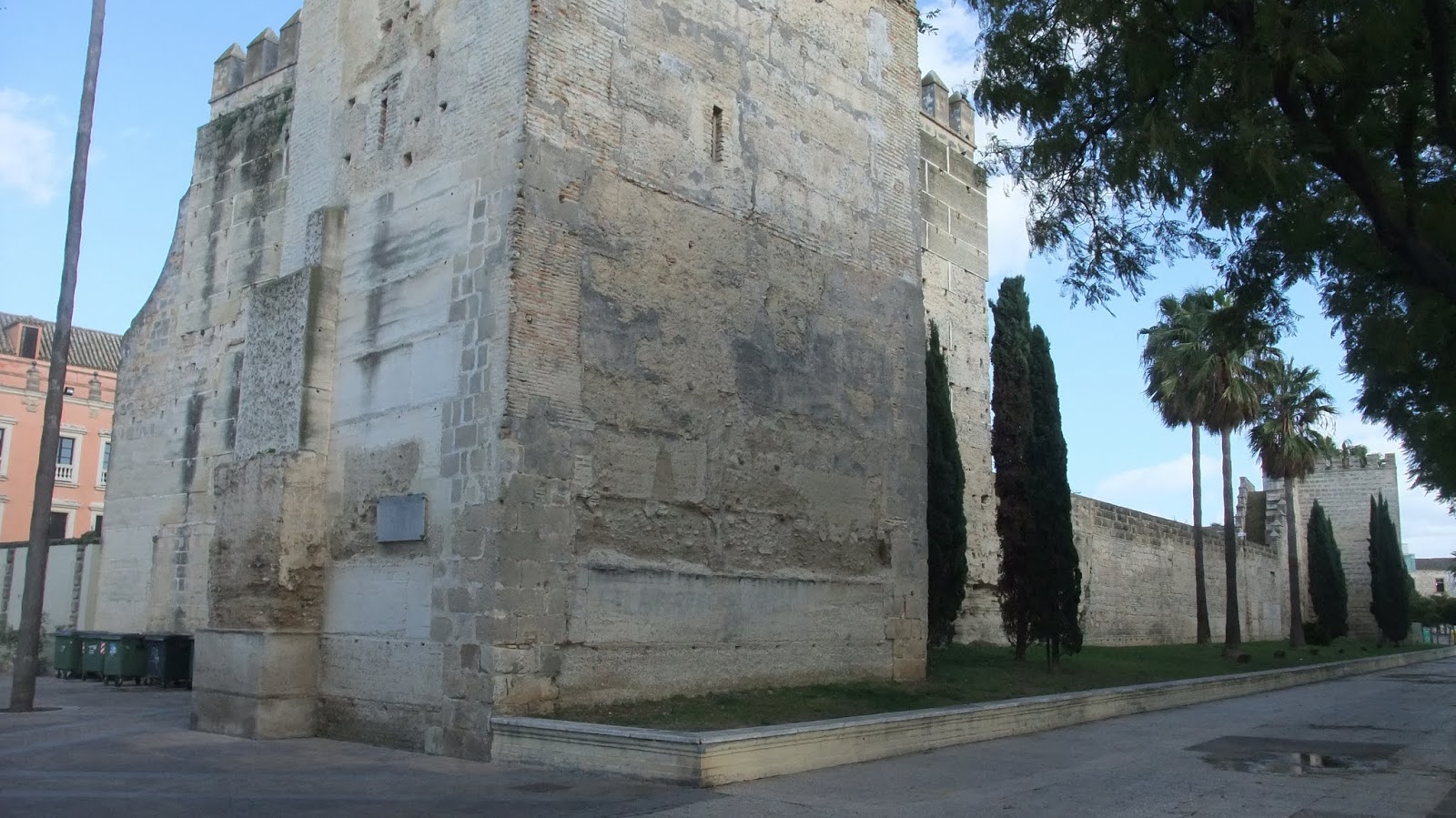 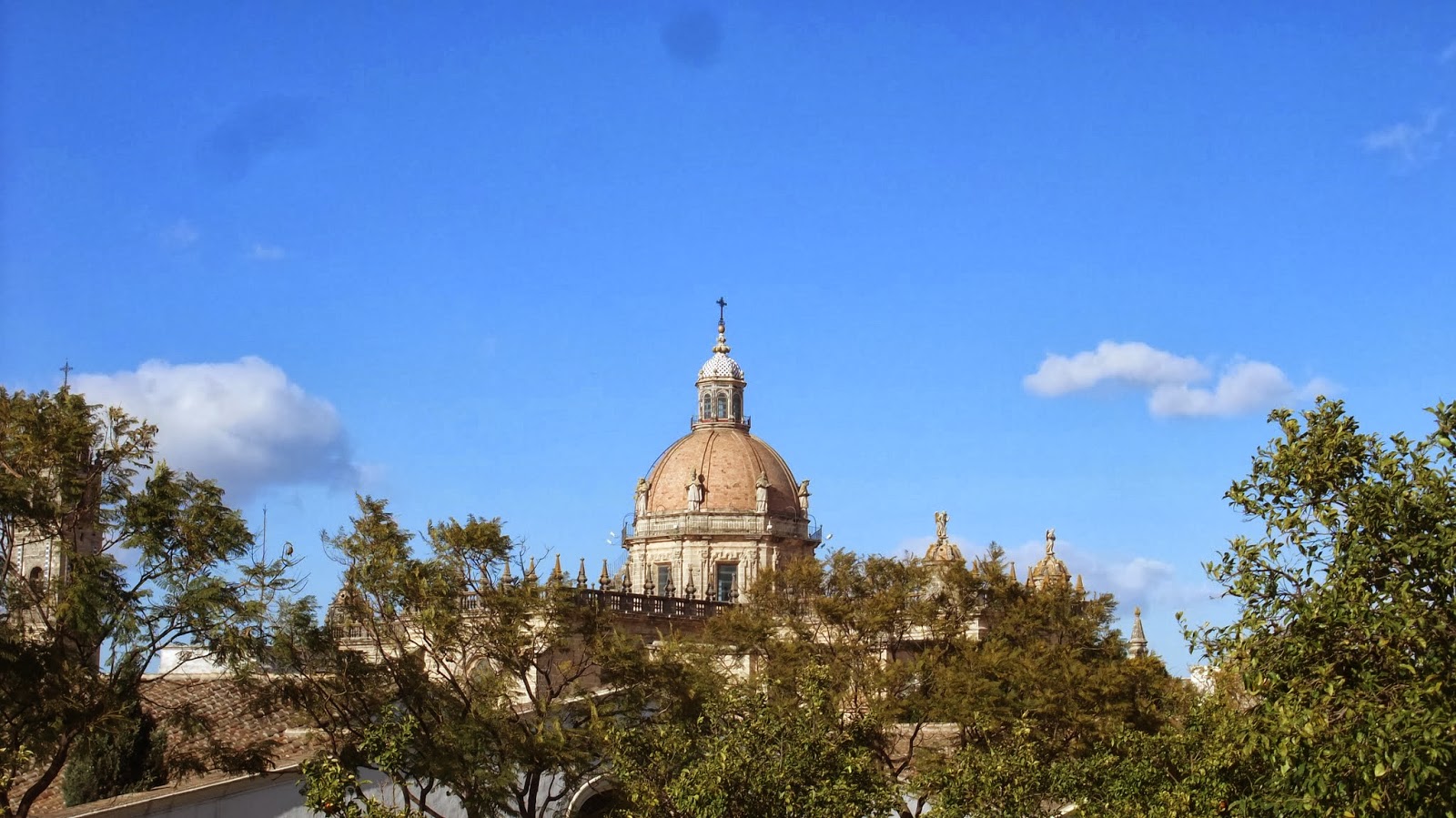 We have lots of pictures from our visit to Jerez. Well worth a visit, however, we either hit the wrong part of town or the standard of restaurant isn’t great despite the fact that the wines/sherrys are amazing. All we found was lots of cafes selling little more than fast food, and the one place that looked like a proper restaurant that we eventually ate in, served about average food if I’m kind, and if I’m unkind, pork flavoured shoe leather in too much oil, on a bed of oil saturated chips. But by the time we found somewhere that looked salubrious, it was late and we were worse for wear. 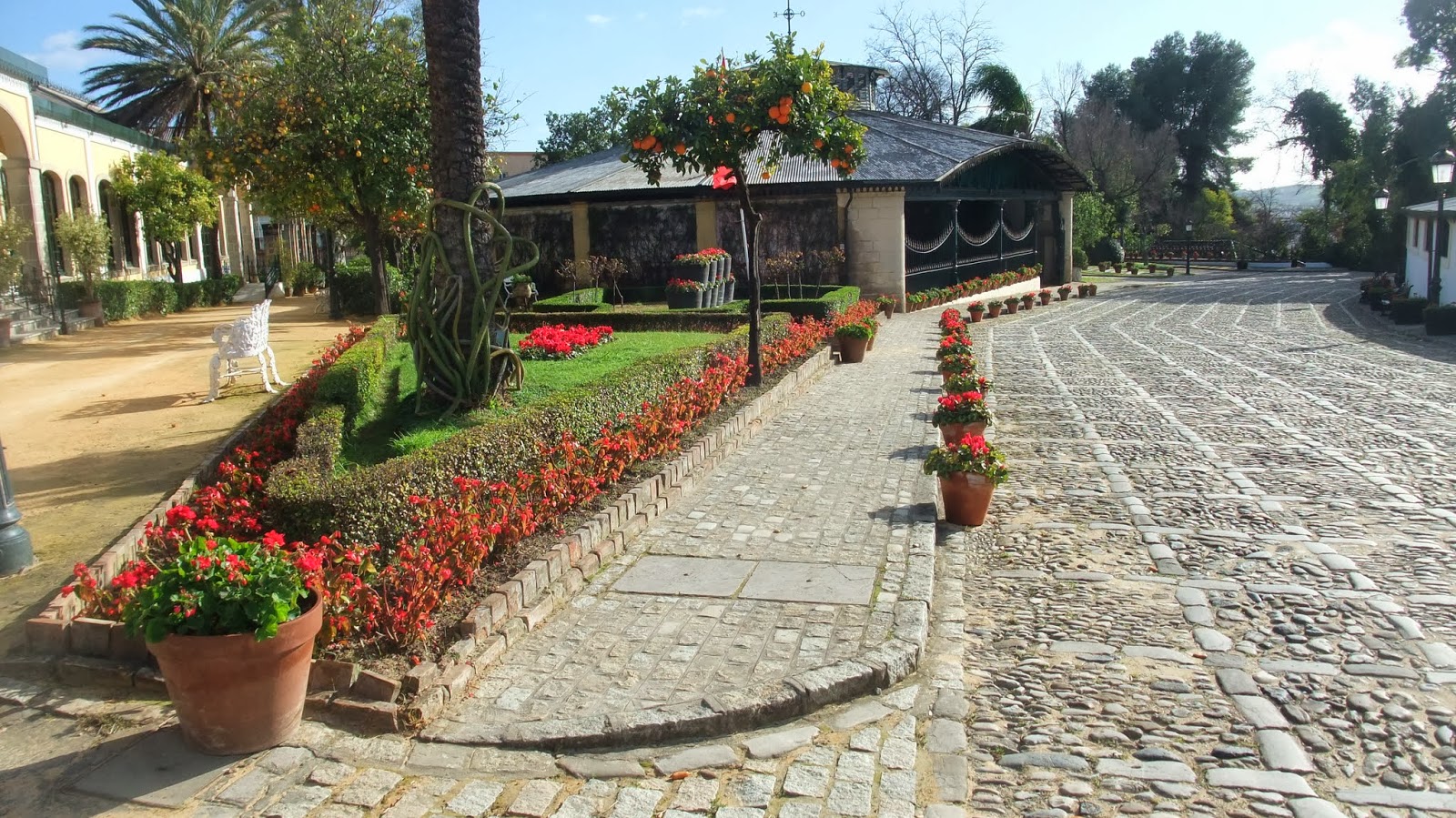 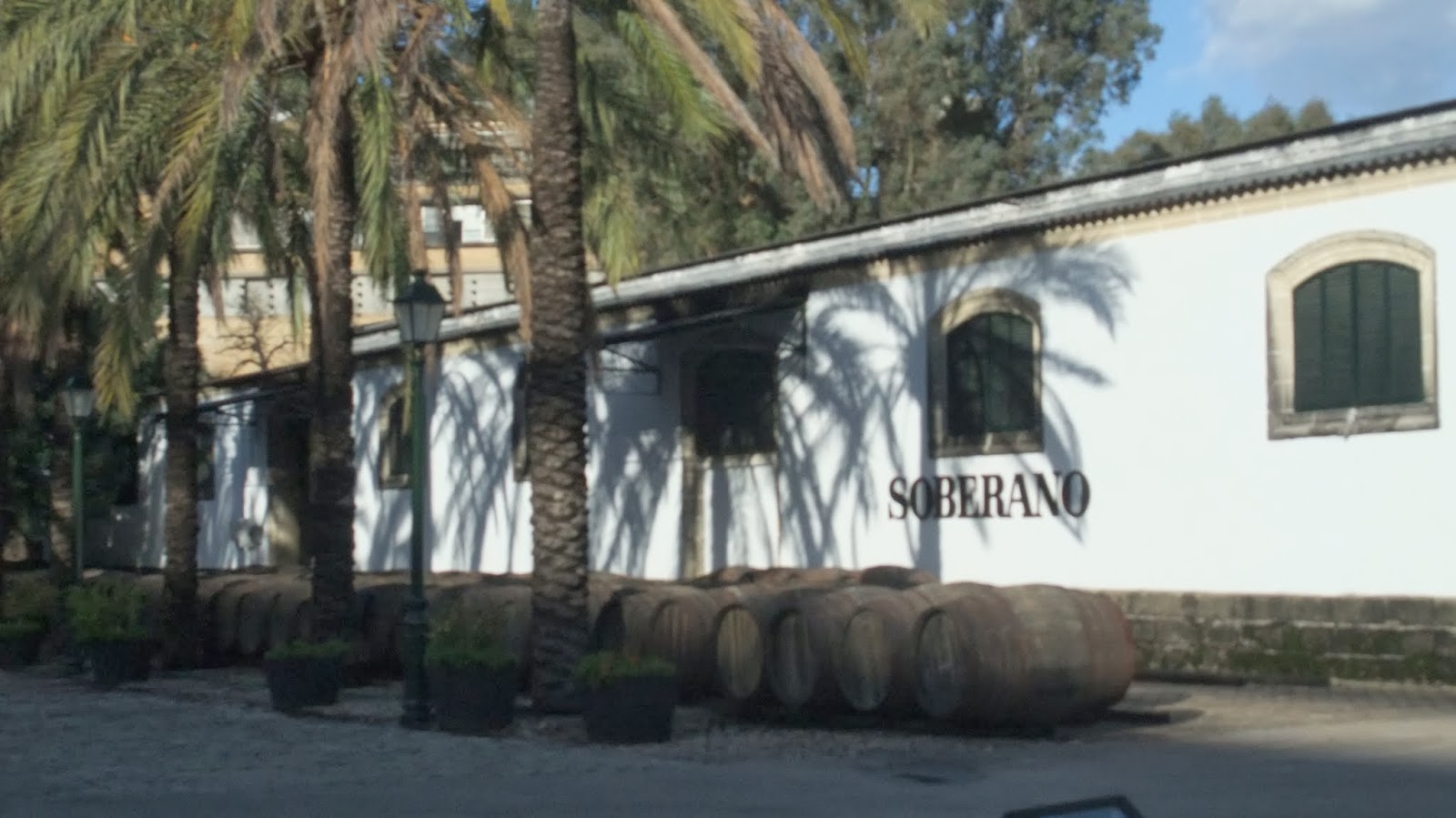 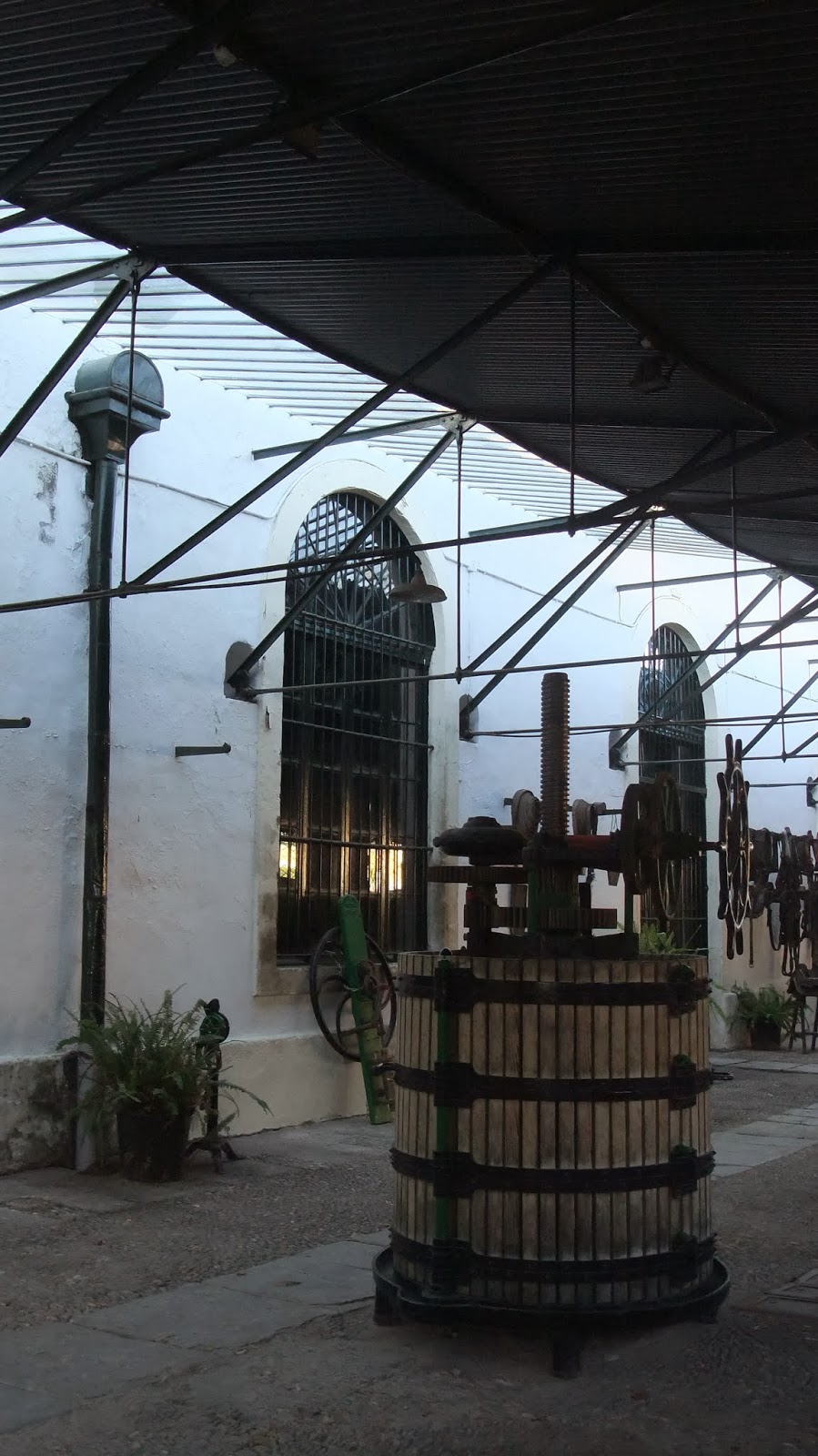 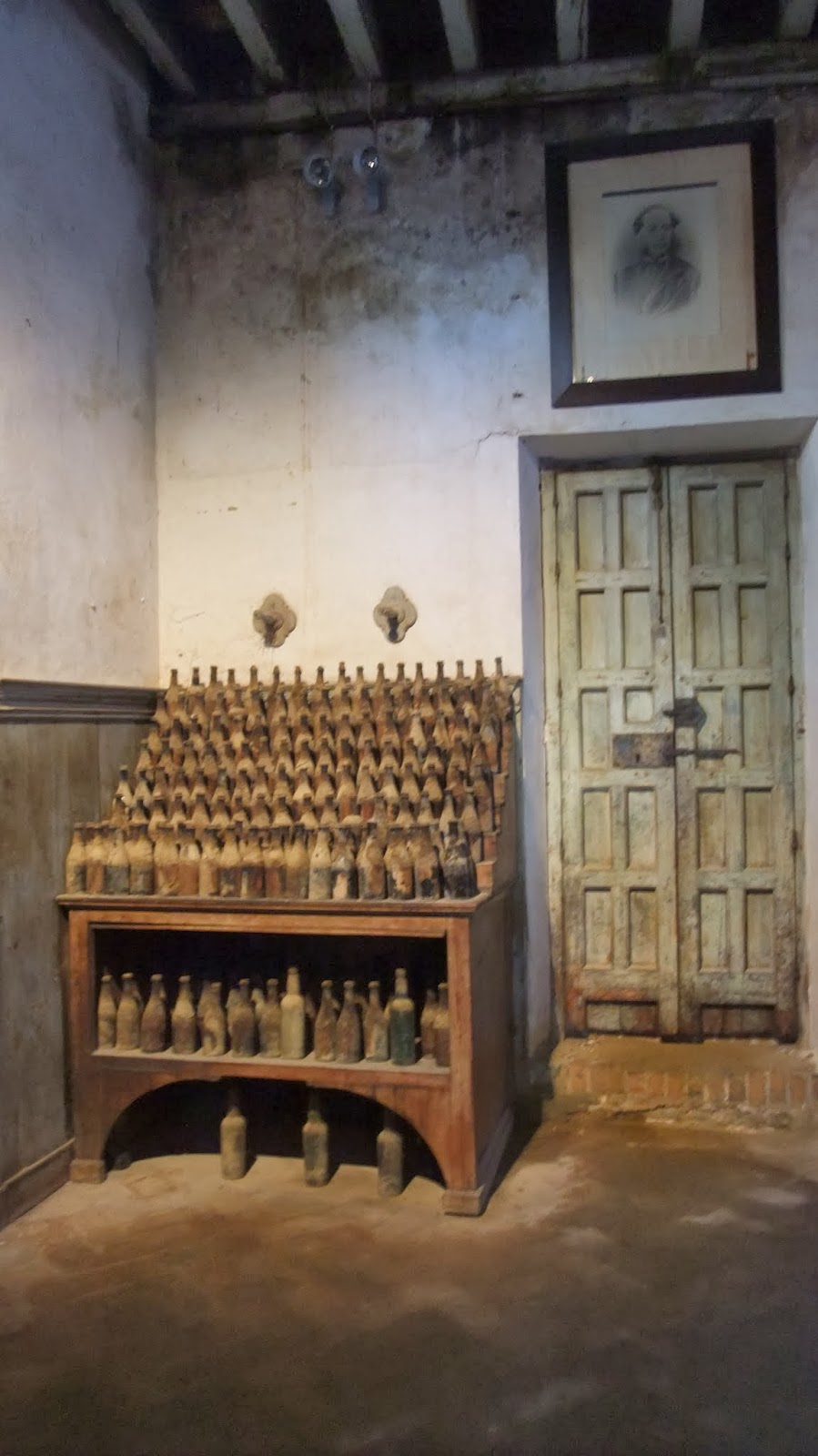 The drive up was great because the sky was mostly clear. I suggested in the previous post that the drive and countryside was reminiscent of Wiltshire, Hampshire and Cambridge. What I didn’t say was this area is cattle and horse country, though it’s not pastoral in a way that we would recognise. Herds of cattle roam great expanses of open ground, they also browse beneath olives trees. In places the land rears up in what we’ve come to think as fairly typical Spanish fashion. There are still hill forts, and small walled towns. Between Cadiz and the pasture there is a vast salt marsh, some of which is dedicated to salt production, fishermen fish in lagoons in what from a distance looks like little rowing boats. But the previous observation stands, stay on the inner road away from the coast and this is the flattest greenest bit of Spain we’ve seen. The Basque area in the north is what is termed green Spain, however it is mountainous ... like this area may have been a million or more years ago, there are still enormous lumps of geology, just not nearly as many or as high. 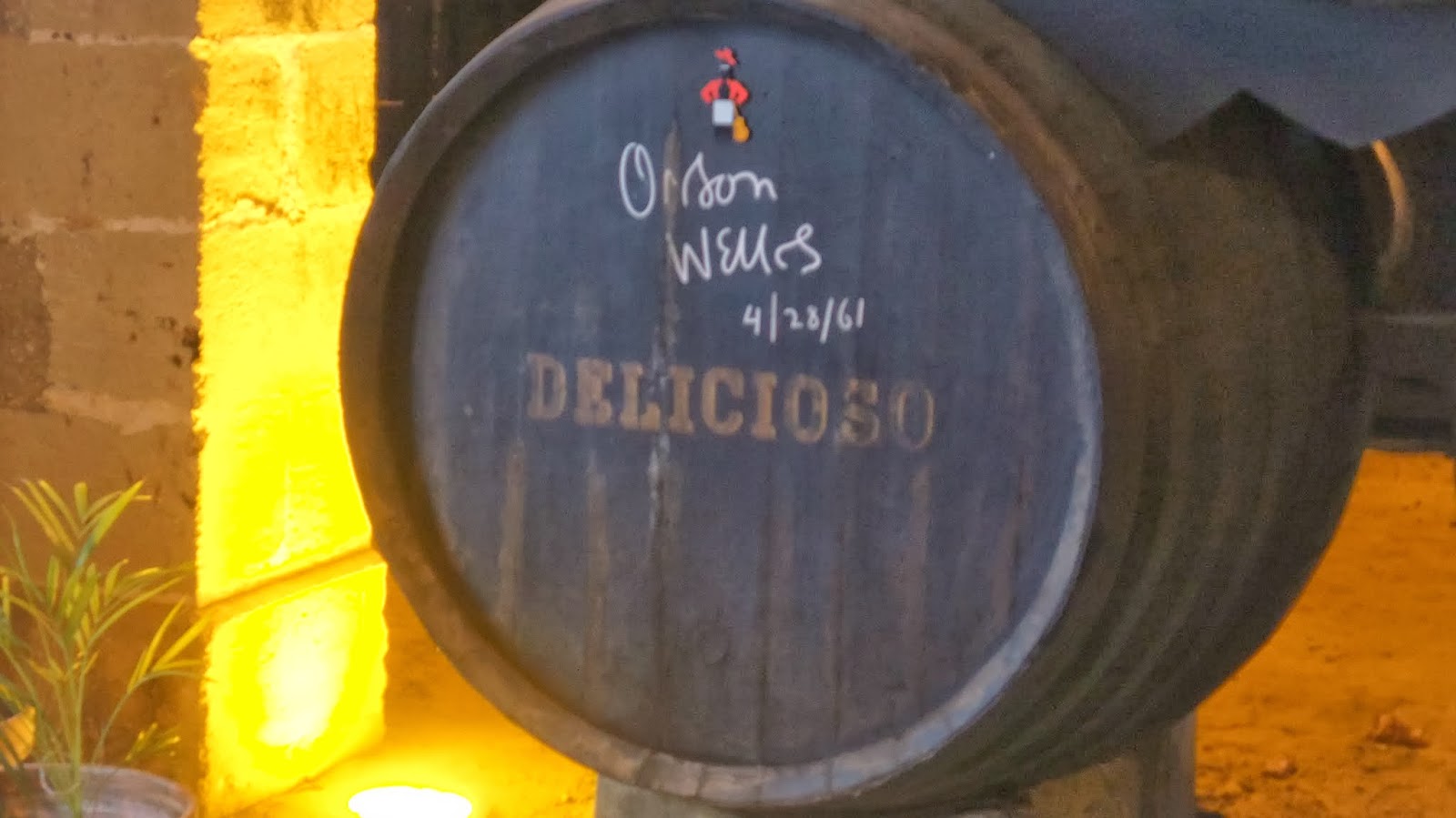 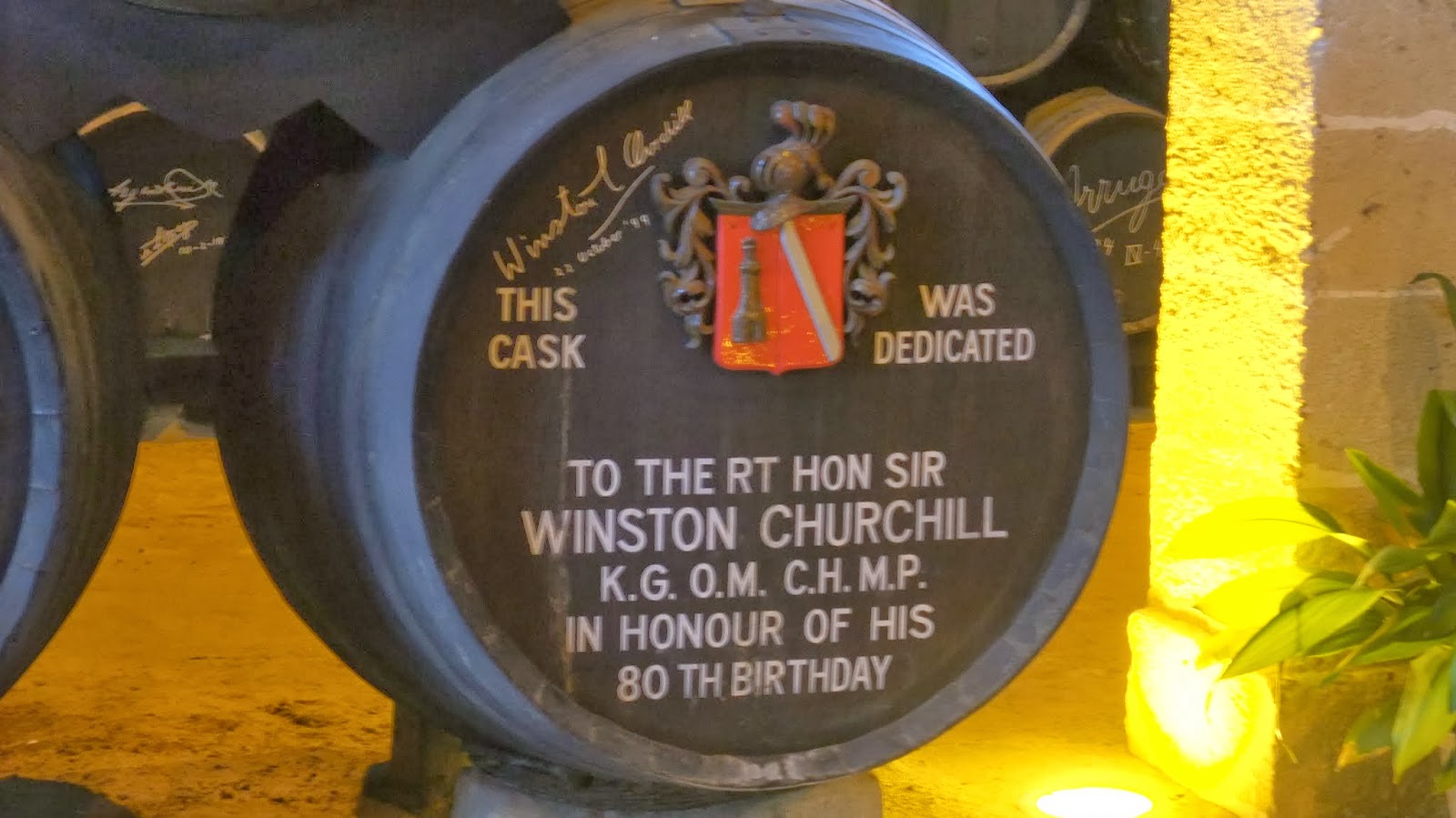 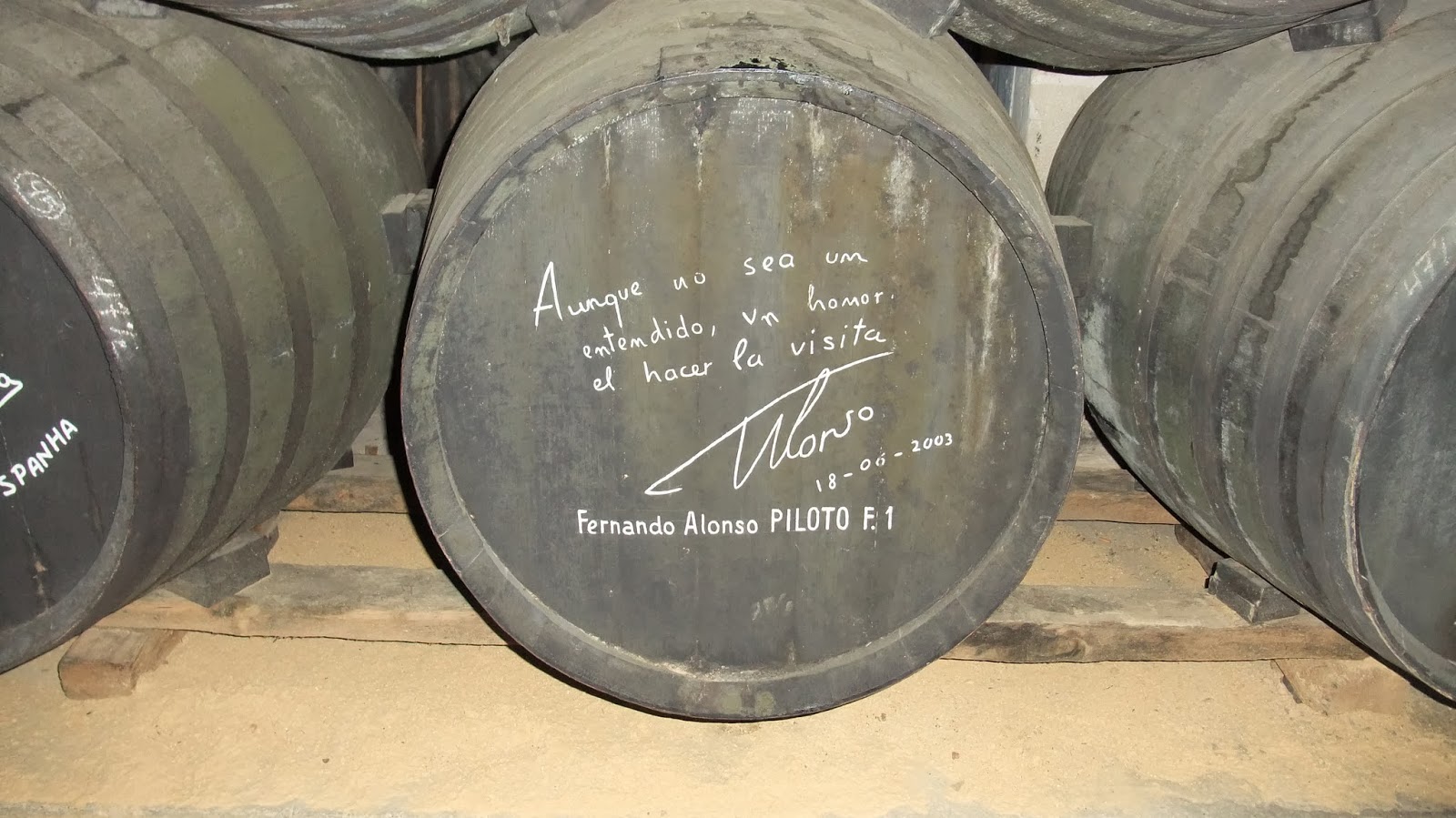 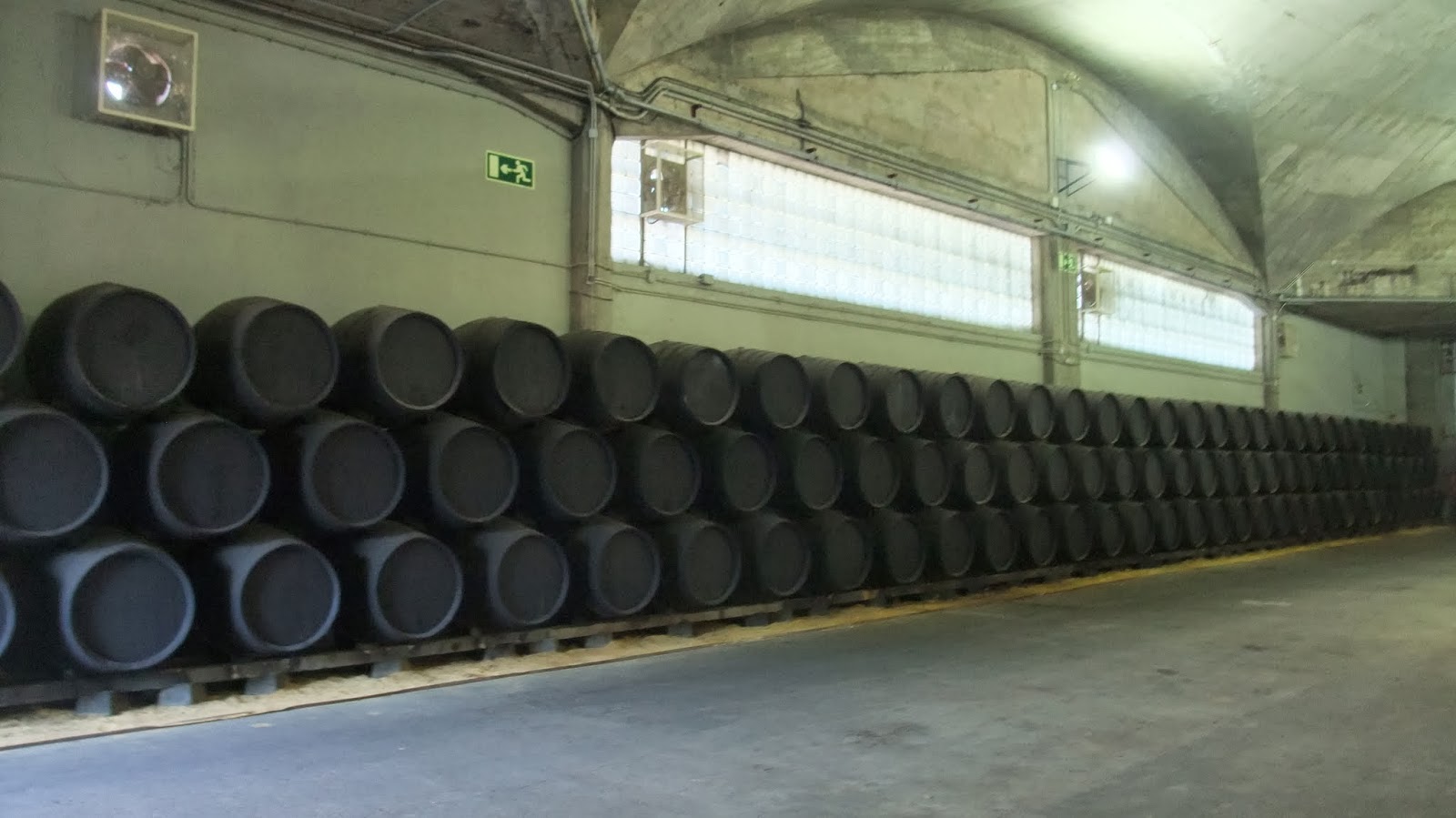 The sherry making process was explained on a tour of Tio Pepe that we went on, but this is the old production facility, and much more of a museum and showcase. That isn’t to say that they don’t make and keep sherry there, but only the high end products. The barrels in the pictures never move, the sherry moves from barrel to barrel in small drafts and can take up to thirty years to mature. They also make brandy, which is matured in the old sherry barrels ... I didn’t sample the brandy. Amongst the pictures you will see autographed barrels, and in total there are 50million litres of sherry on sight at any one time ... considering most of the production takes place elsewhere that’s a lot of wine, because they are sherry wines not sherry (if you know what I mean). For the sherry’s they only use their own white grapes, and it’s the same variety of grape for every sherry they make, but produced or matured in different ways, for instance the sweet wines use raisins. However and this is where it all gets alchemical and clever, you can have a dark sweet sherry that’s almost like a liquor (I like these ones), and you can have a sherry almost as dark but dry (these meh not so much). And the same applies to the Tio Pepe dry and the Harveys Cream, same colour to the untrained eye, totally different taste and texture. 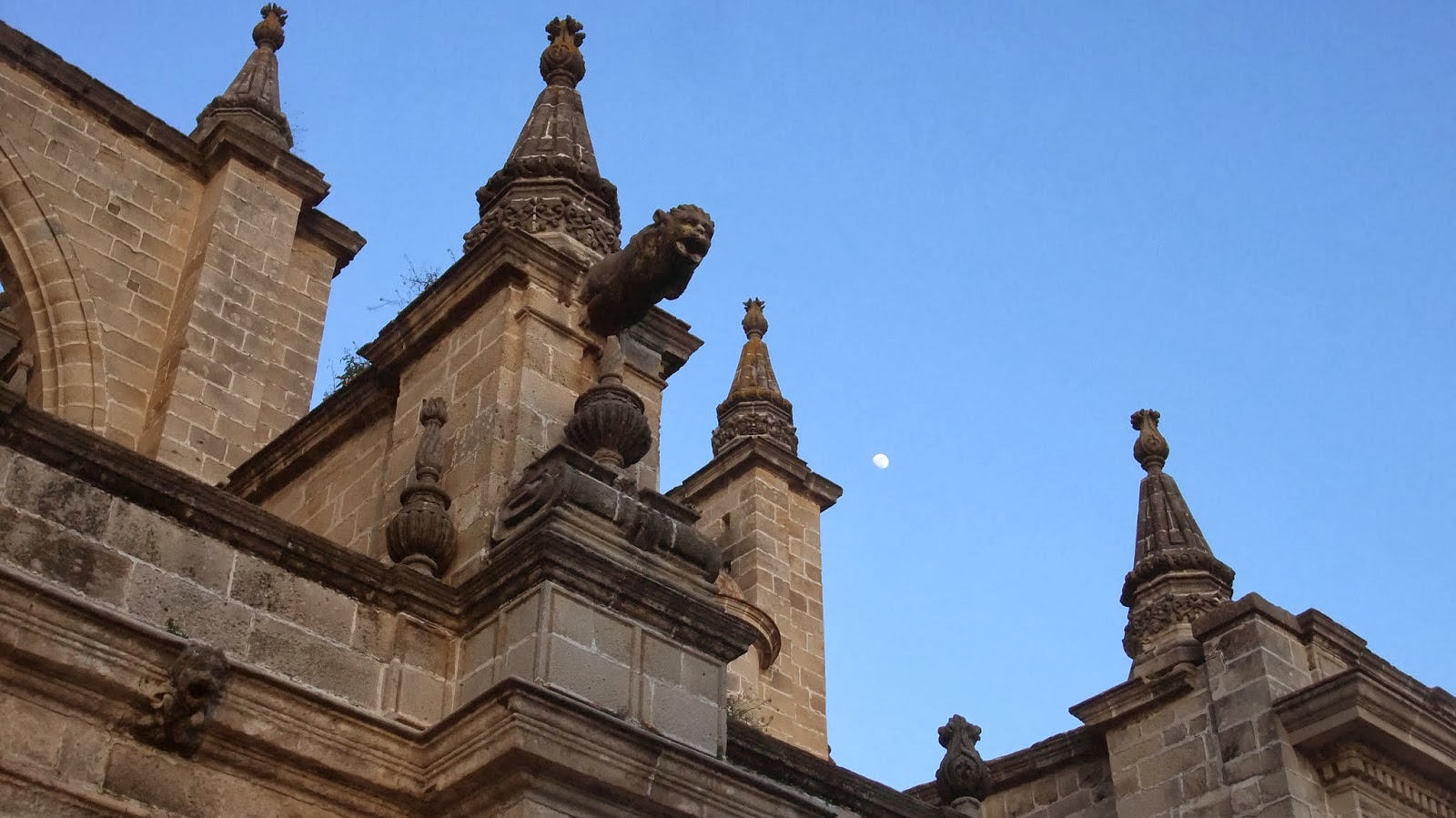 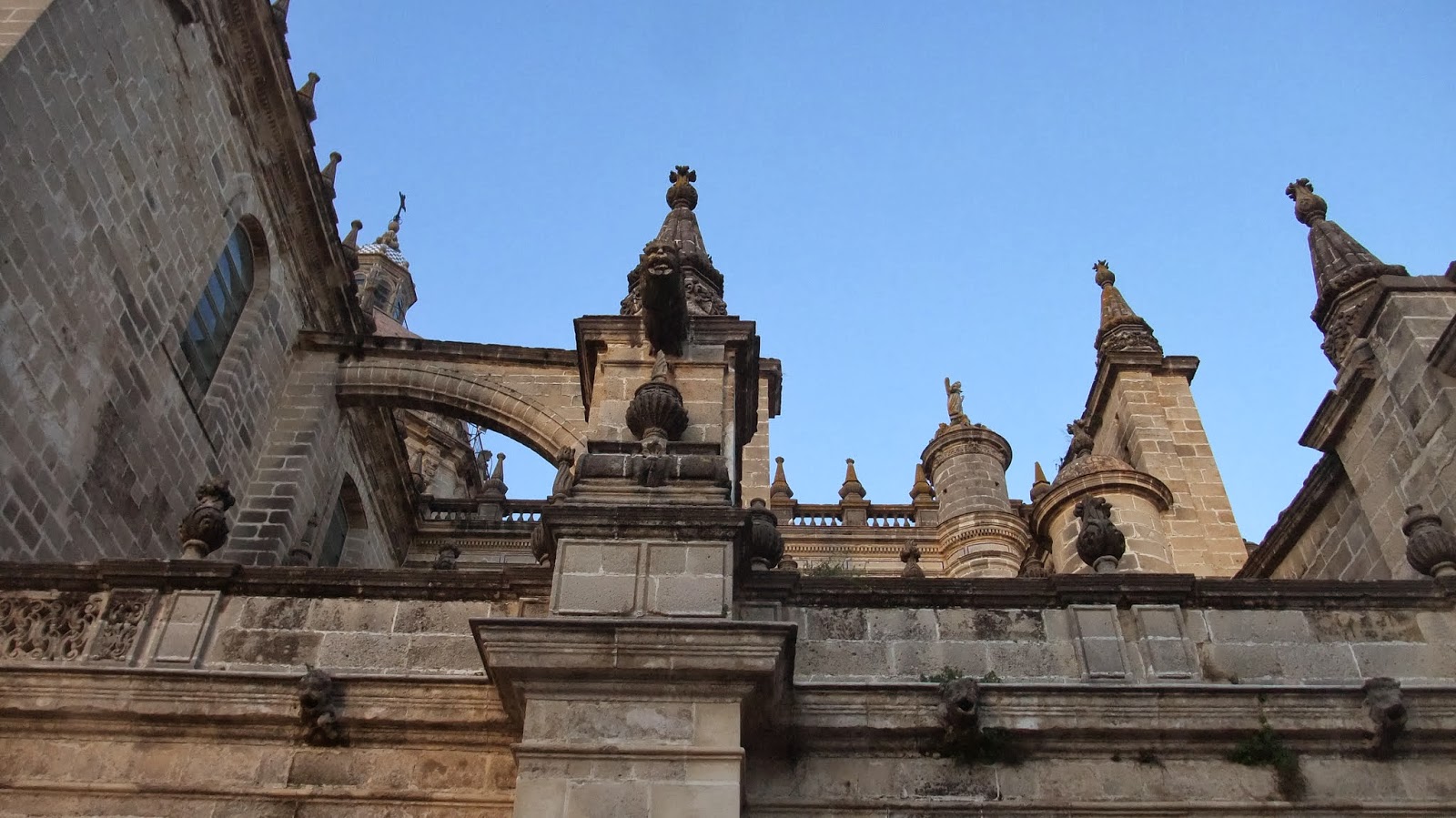 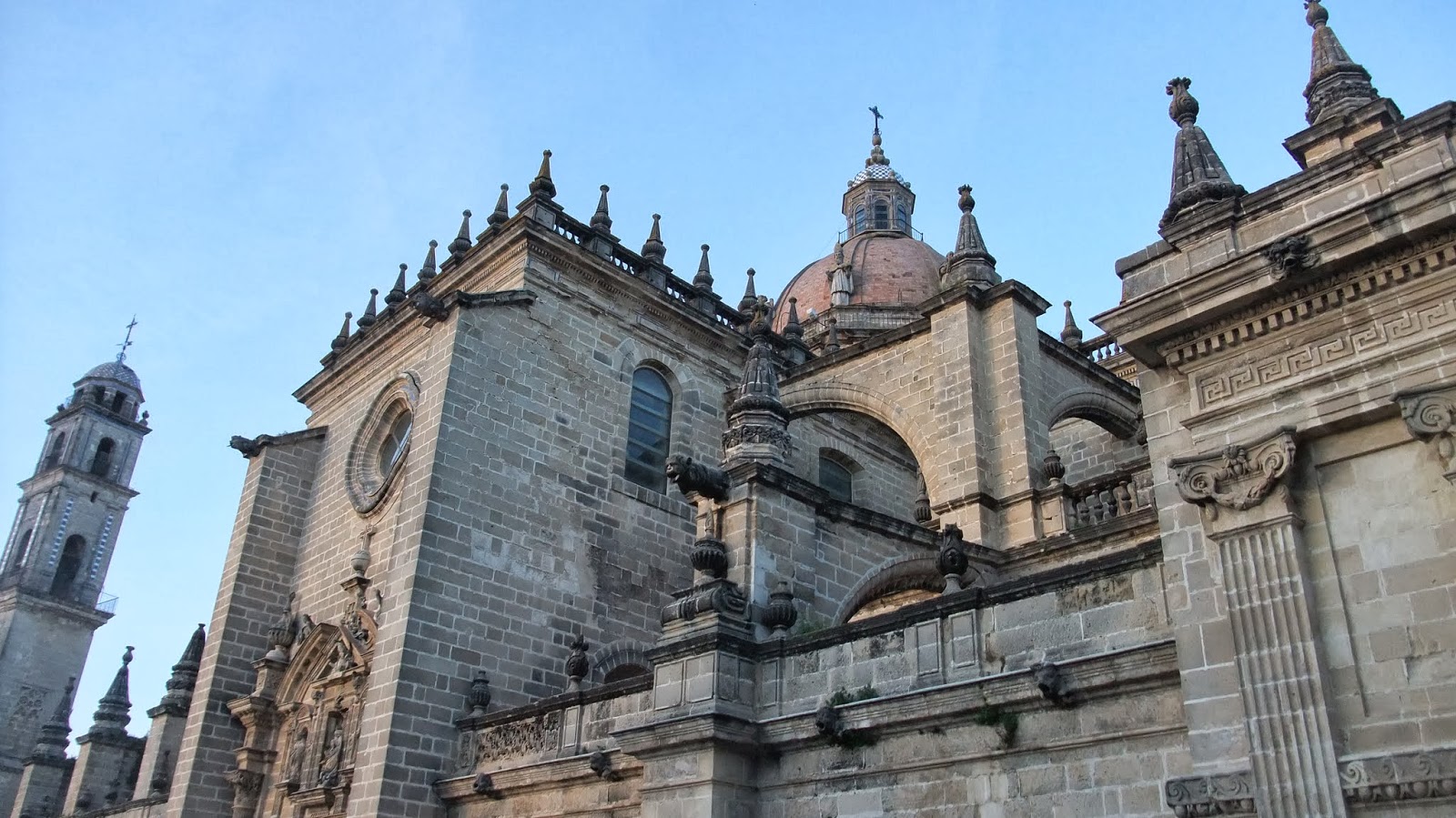 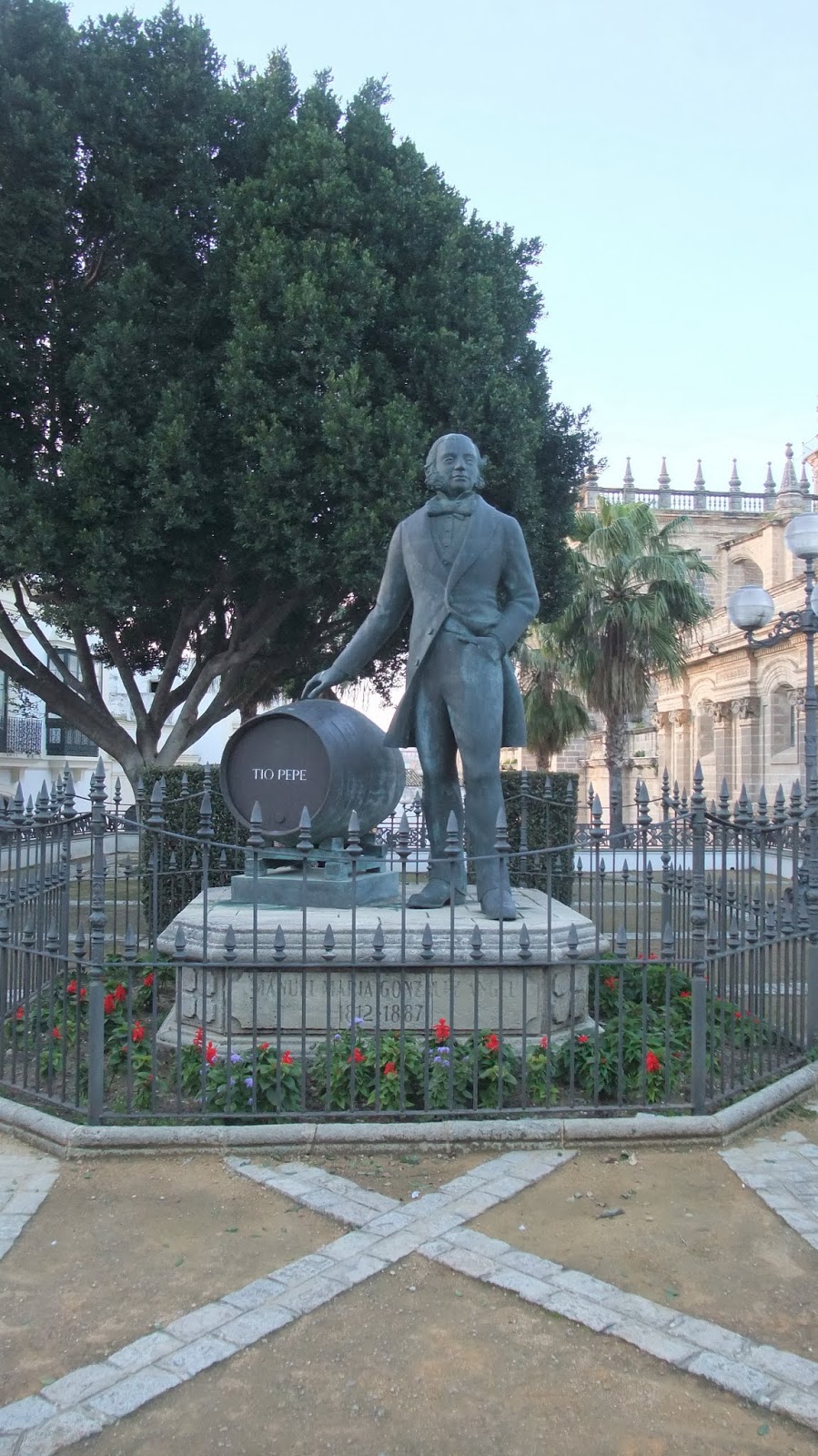 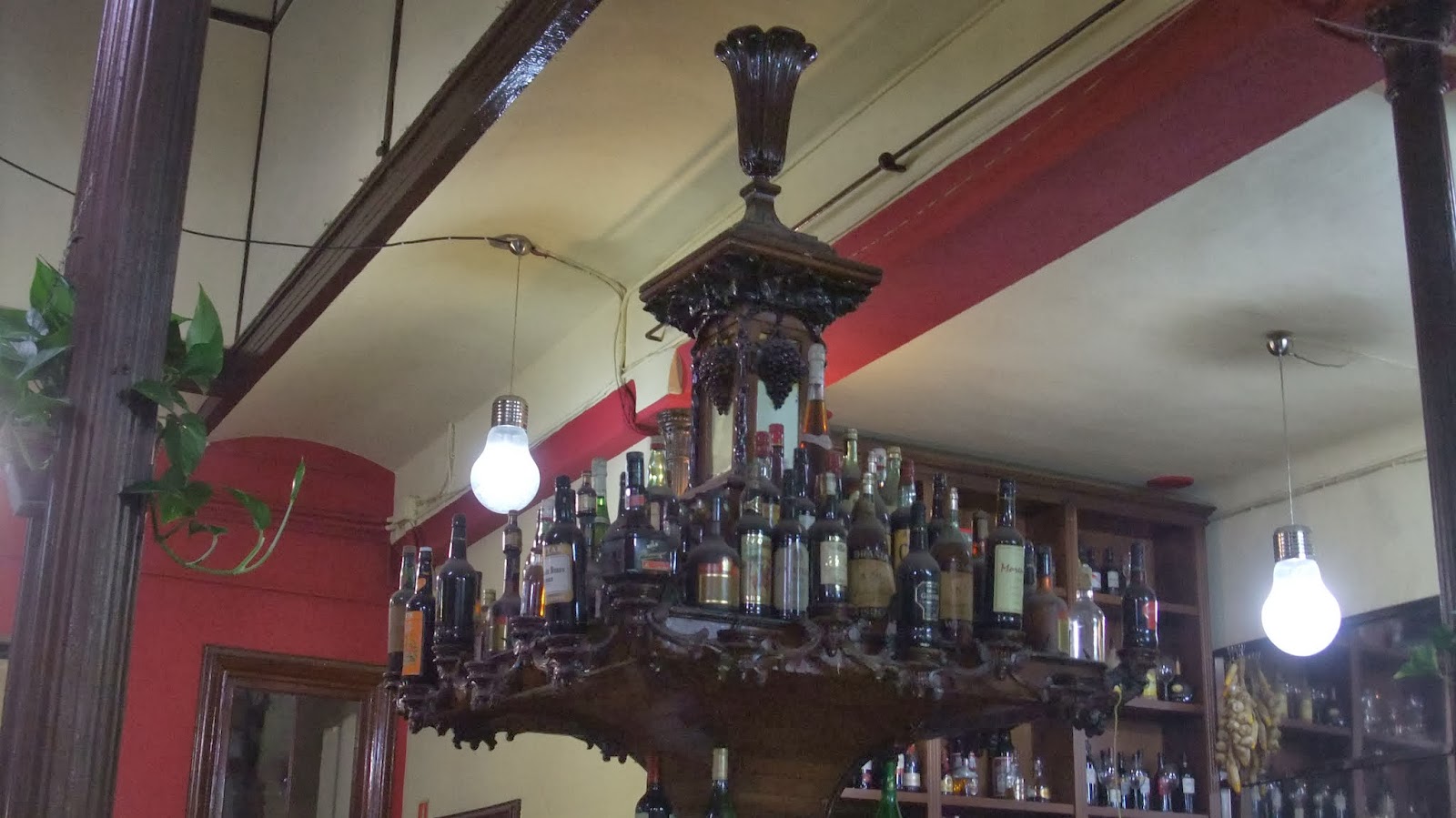 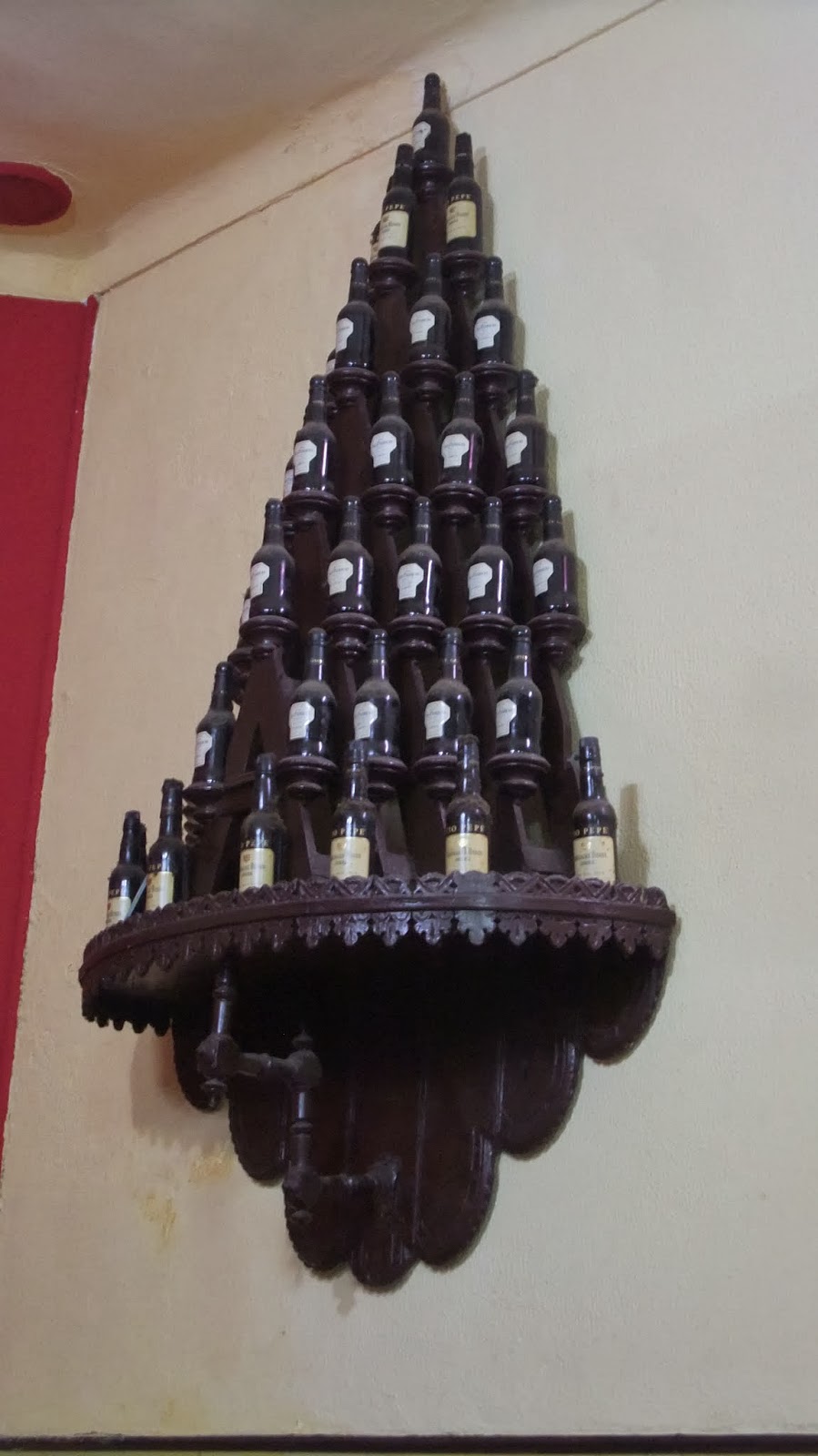 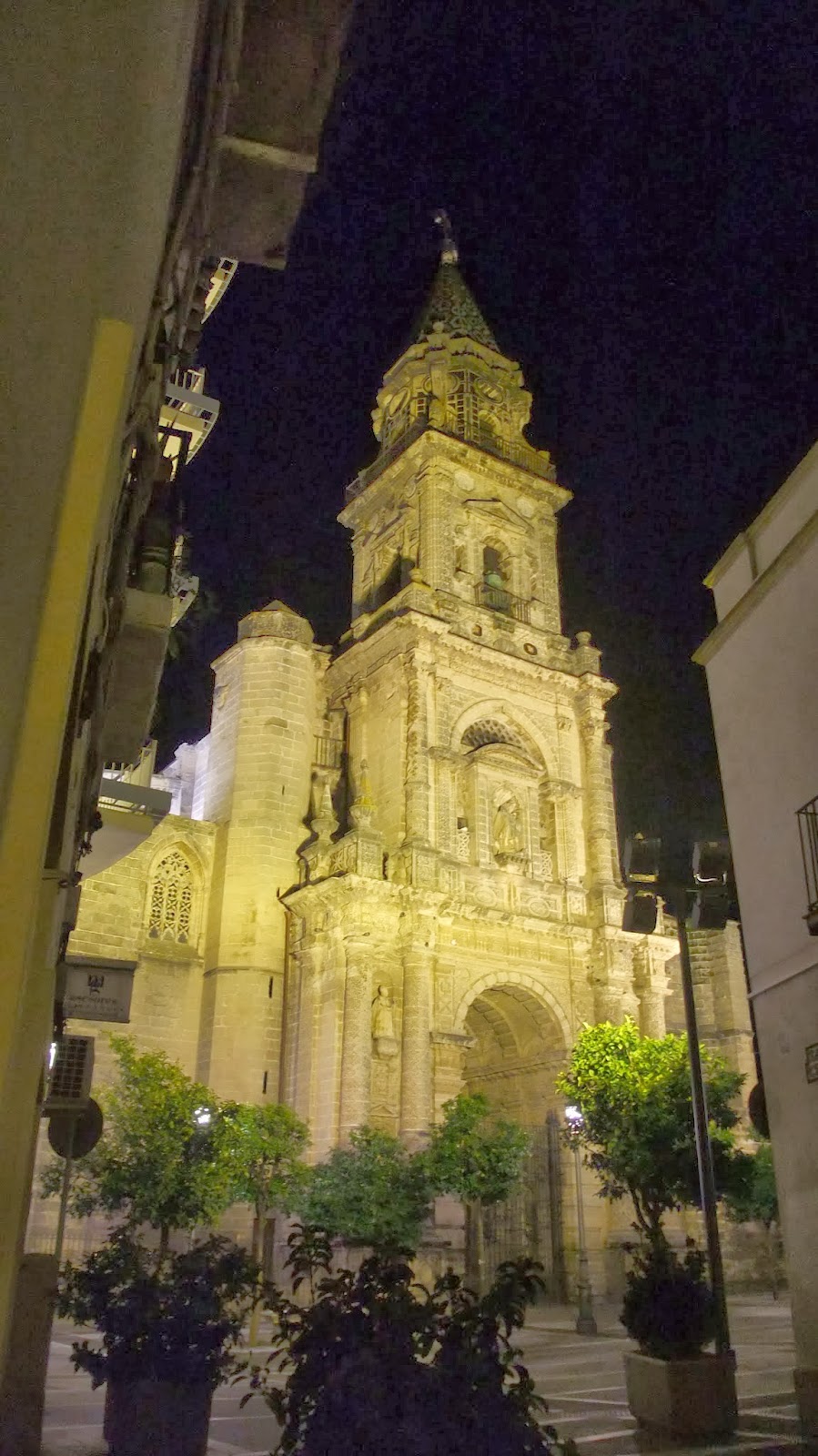 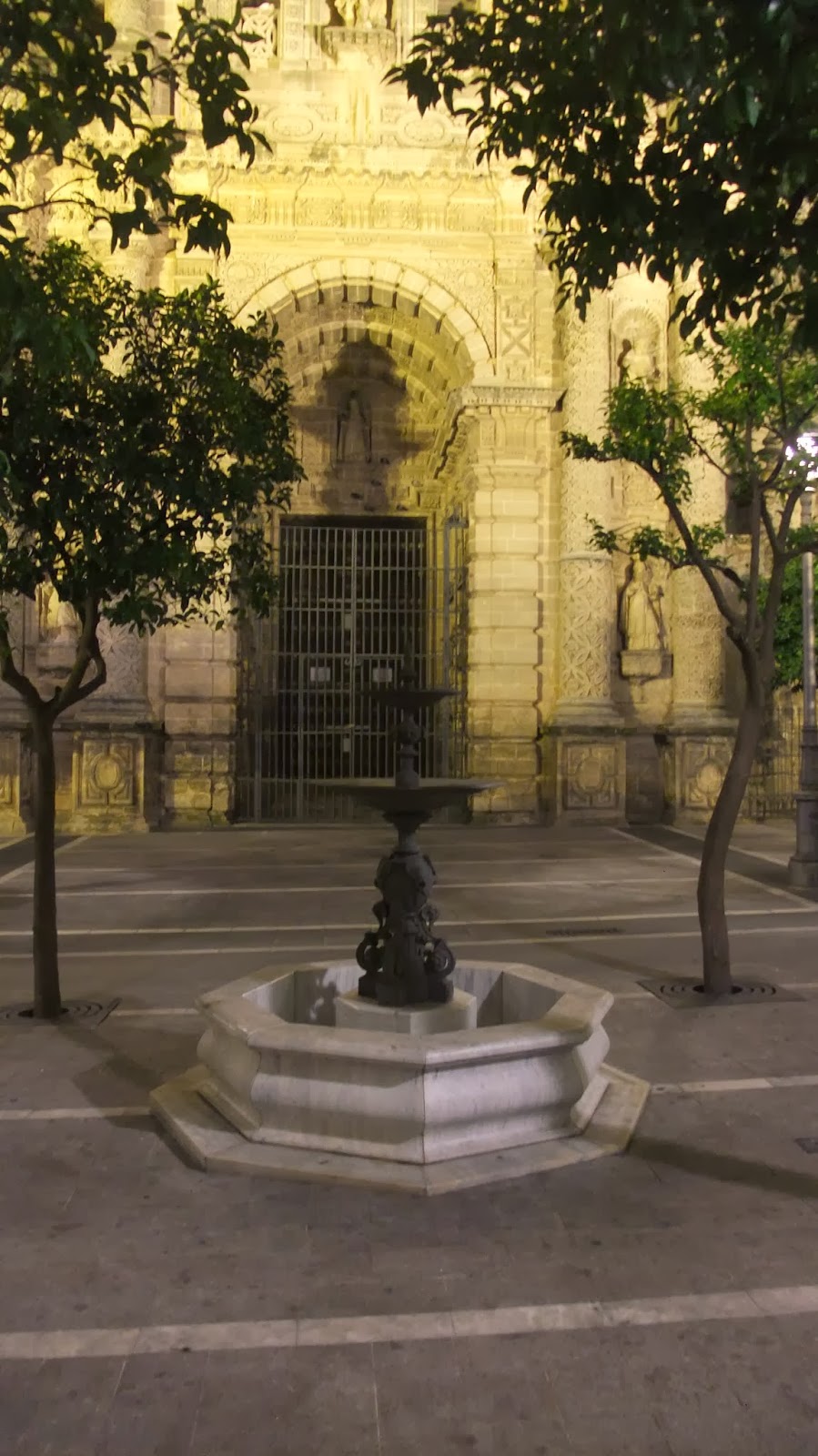 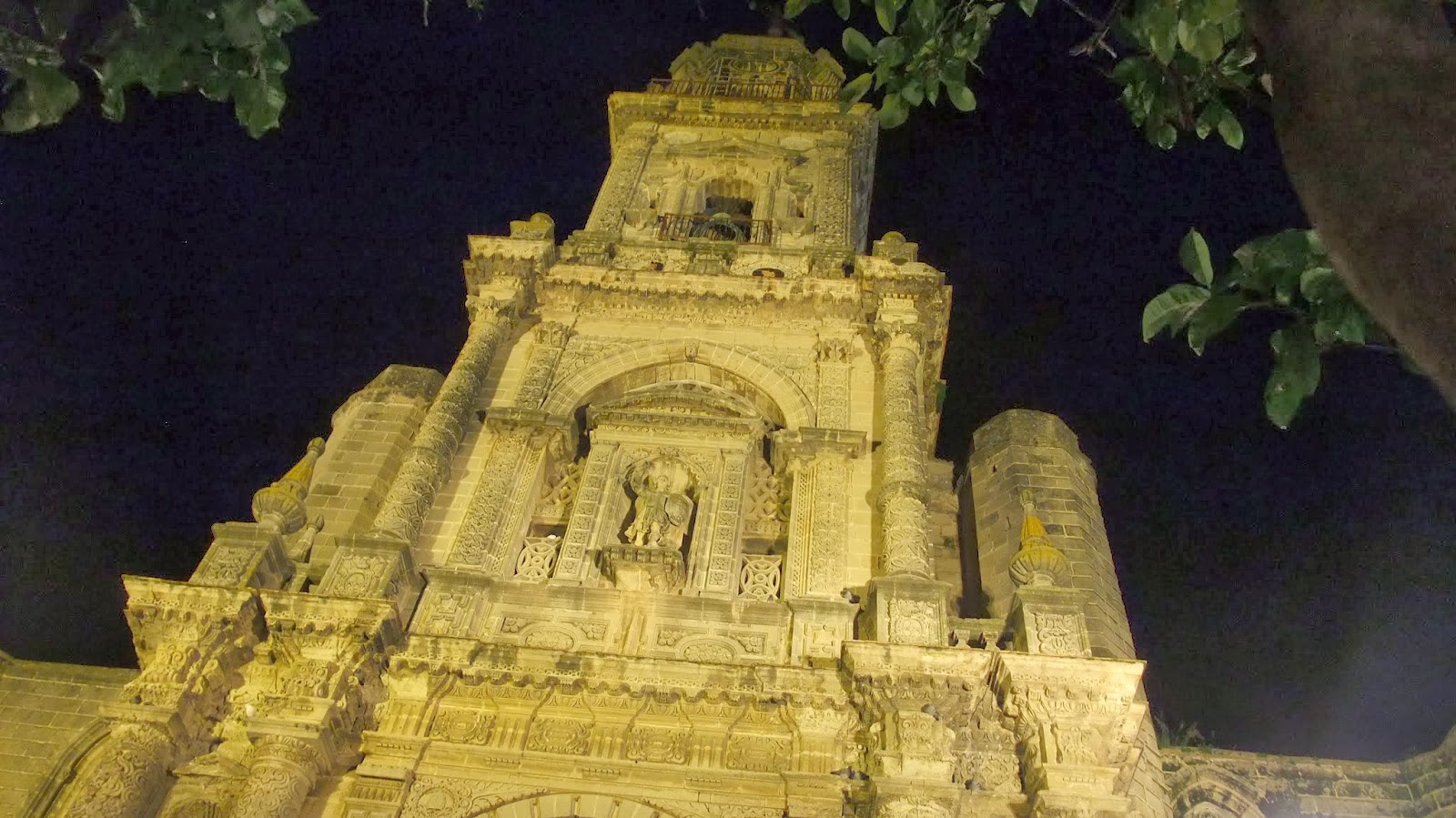 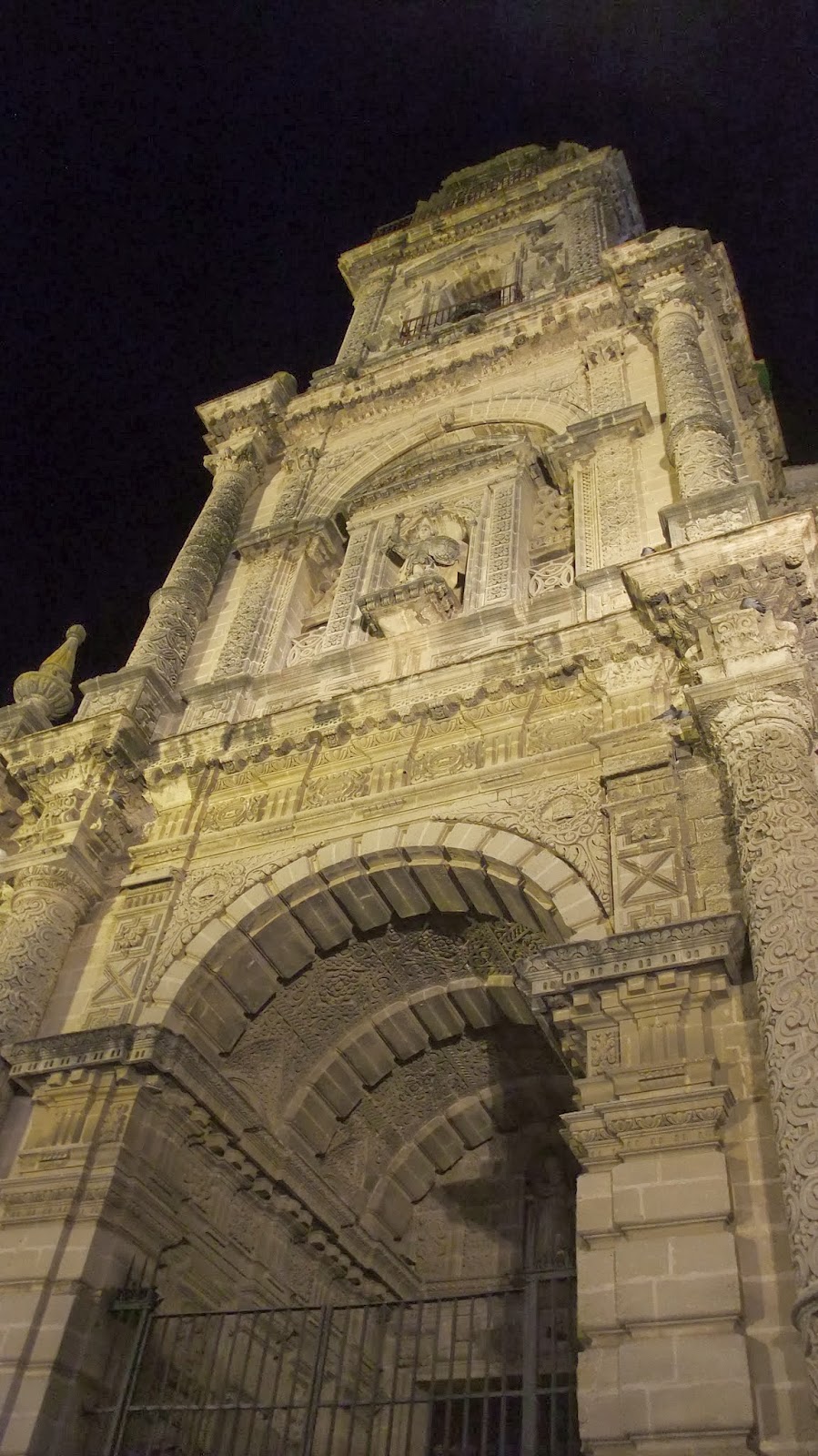 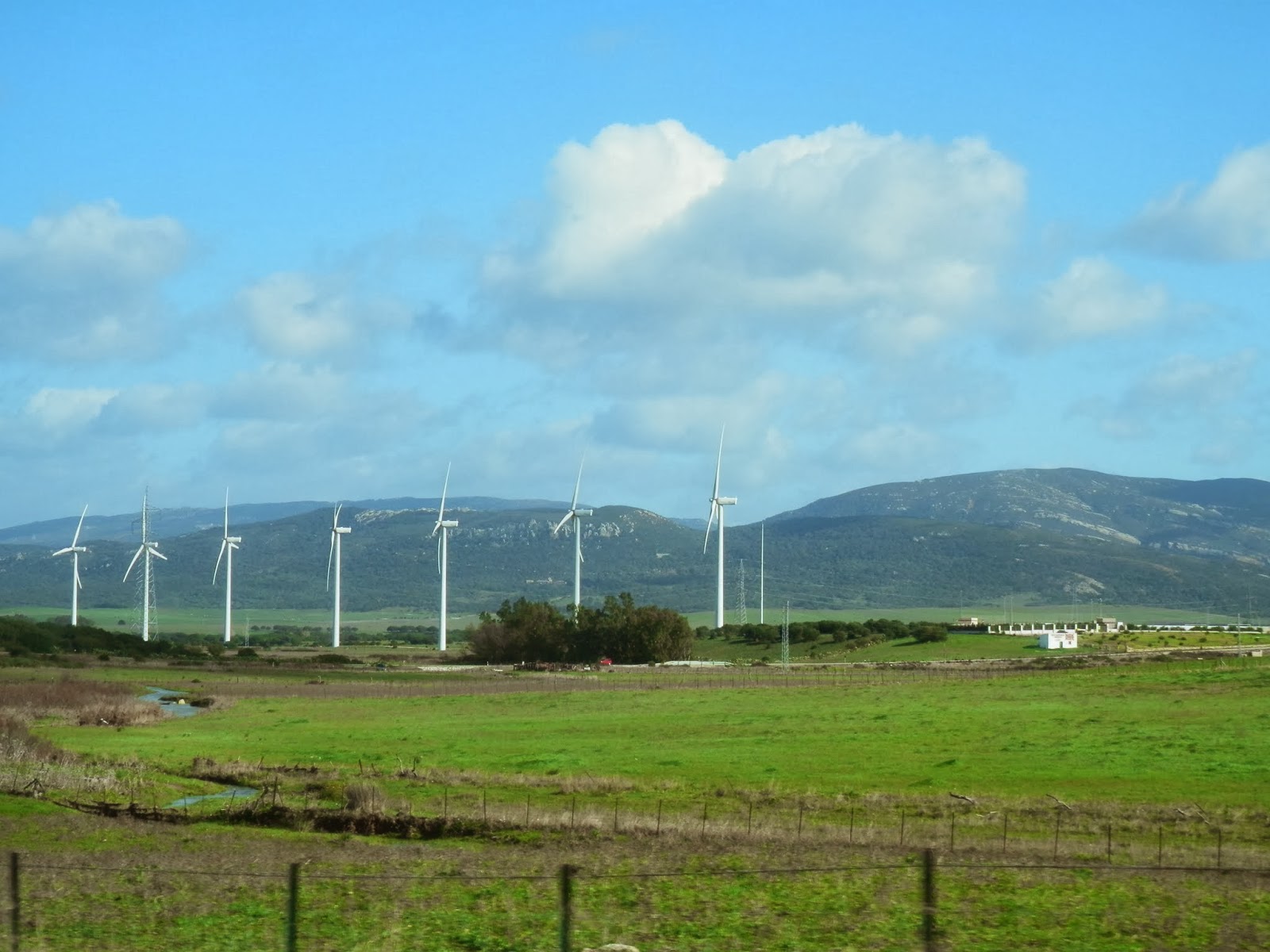 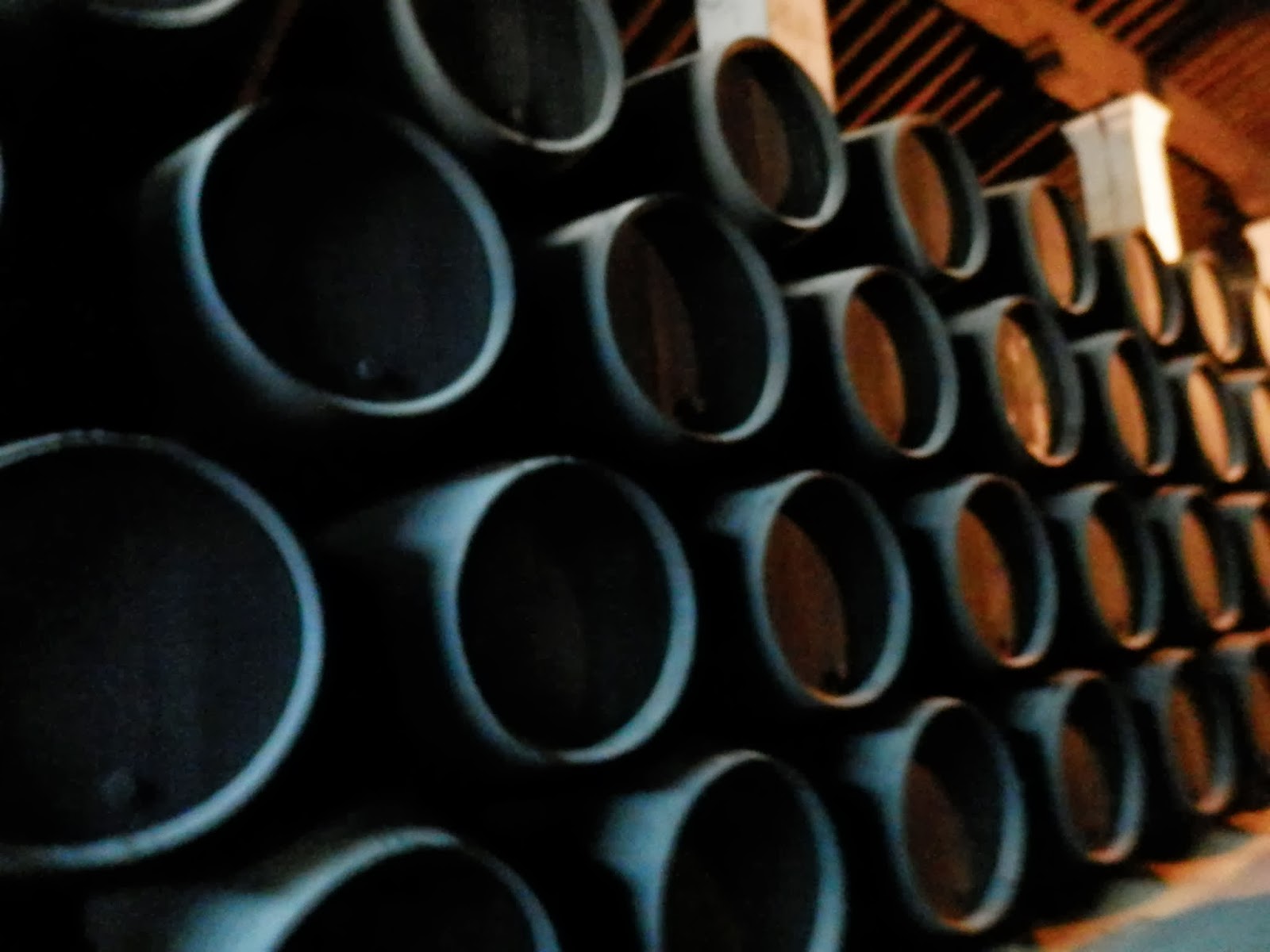 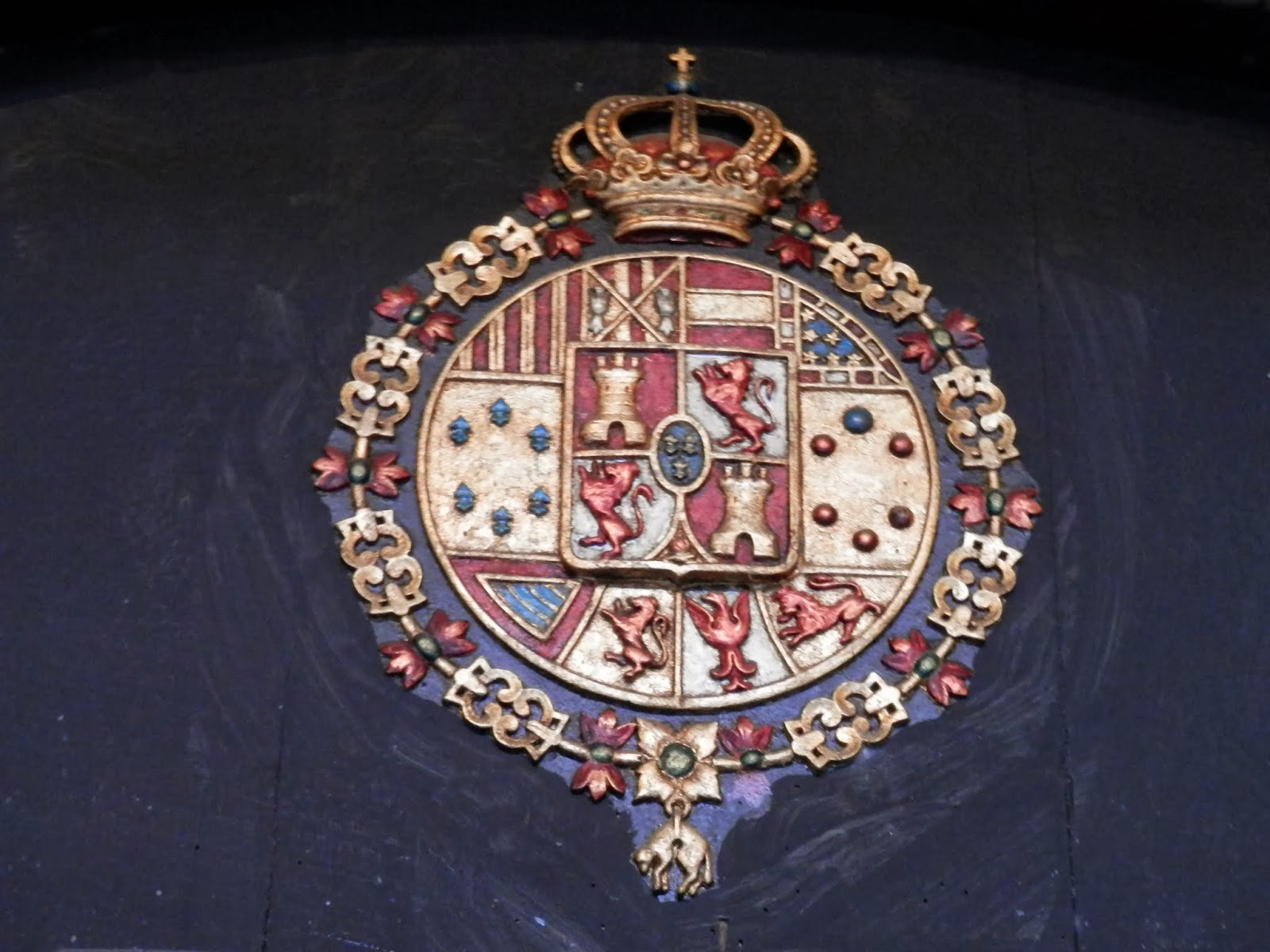 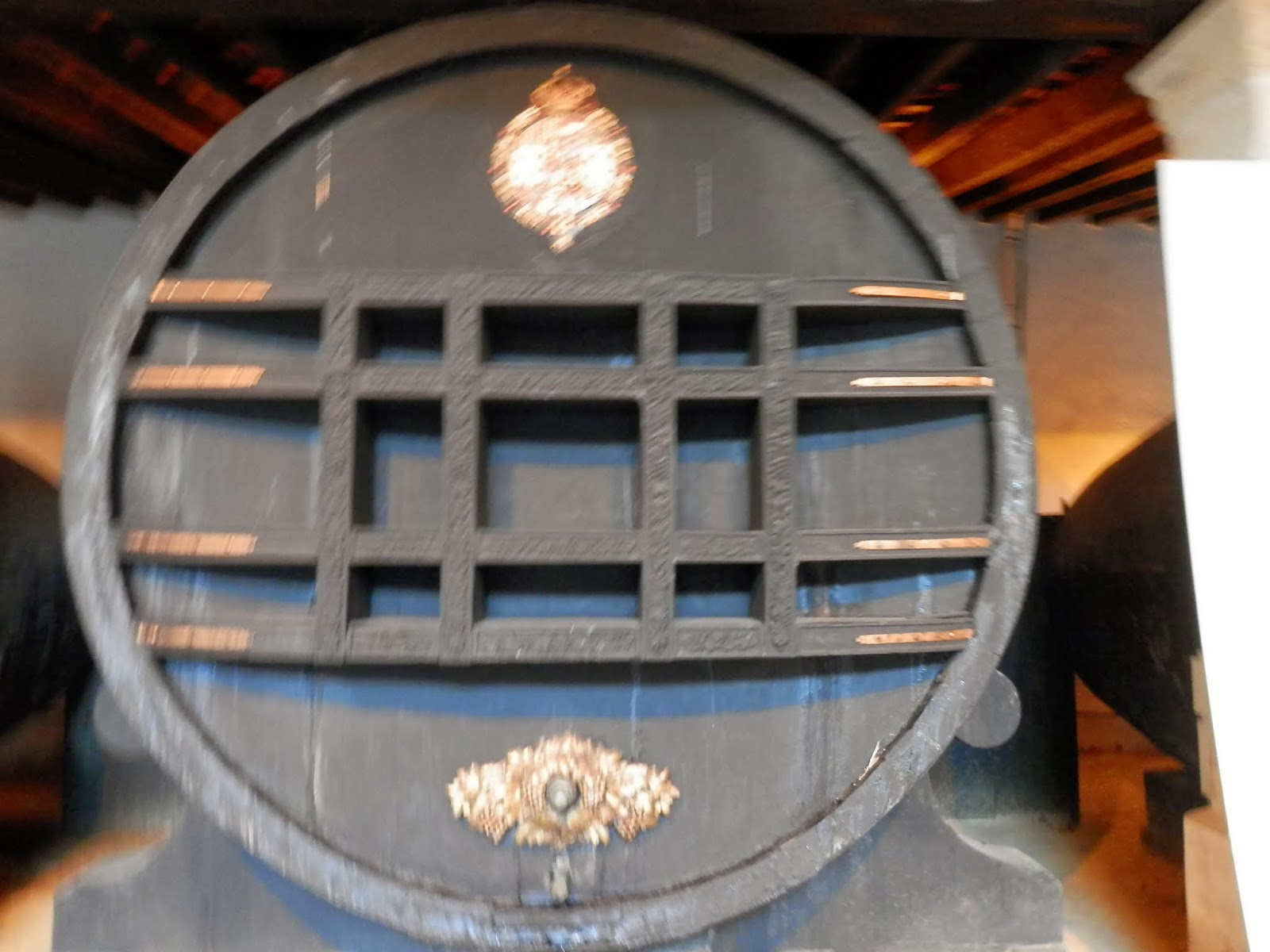 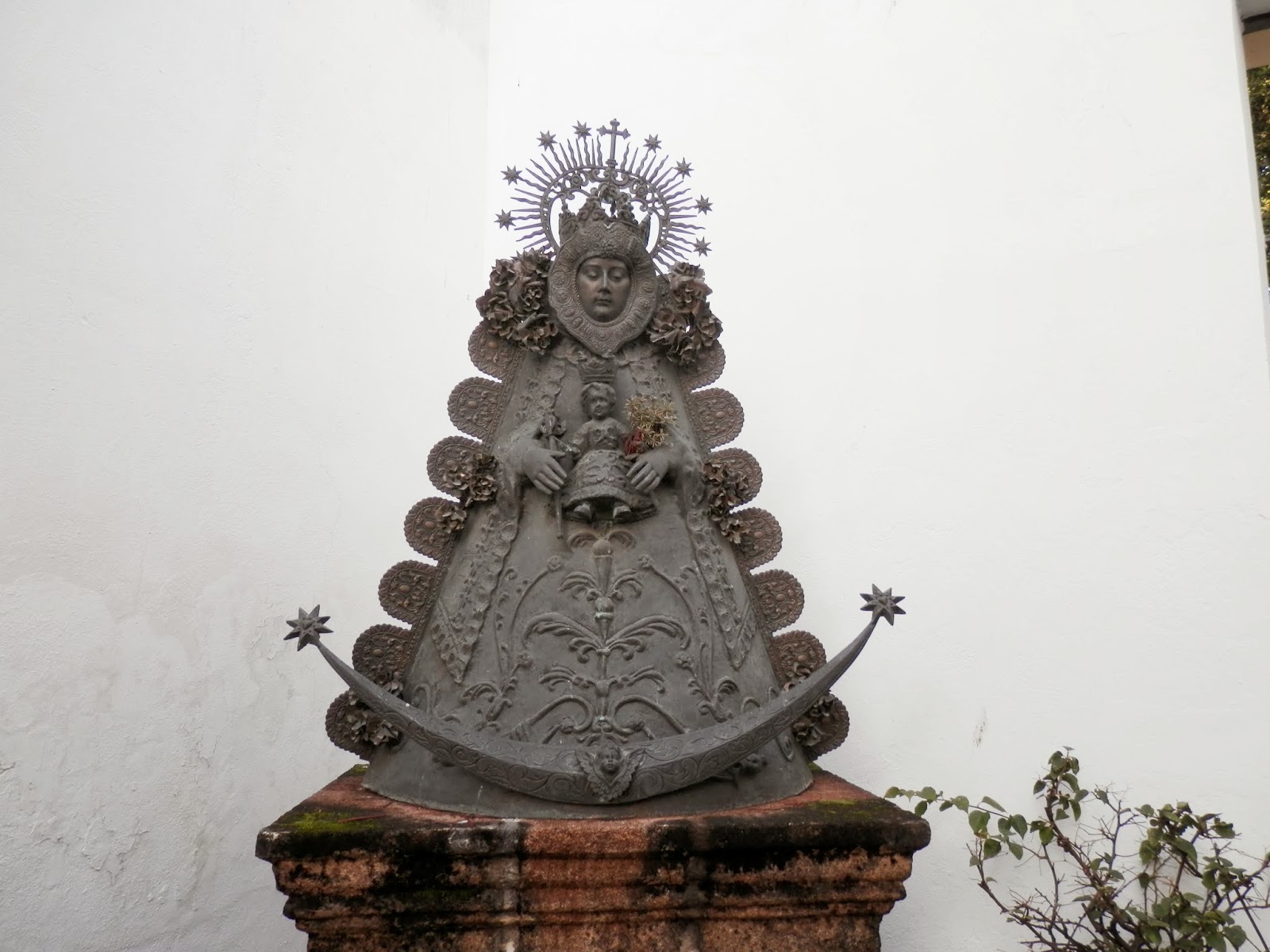