Having driven the seventy six miles from Mojacar to Cabo de Gata, I was deeply disappointed to discover that the blurb in the Camping book was inaccurate (Travel Agent BS ... almost as bad as the advice of those twenty years older than us ... but deliberate the bastards) and that the campsite we were aiming at was nine kilometres west of the mountains of Cabo de Gata-Nijar Park Natural. We drove through the town and all I could see was another resort closed for winter. They don’t make for interesting viewing.
To the east of the town itself the mountains were visible as was an odd castle structure on a beach (signed Gaurda Civil). Immediately outside the town is a reserve or (part of the Park Natural). The first part of the reserve amounted to an area of succulents, that I should learn the name of. The succulents have all sprouted their flower stalks this will result in their deaths from what we have seen elsewhere. At a distance we thought it was a huge marina with a myriad of masts with the sails furled. Fascinating to see so many in such a relatively small place, but again finding somewhere to stop and take picture on a road that was relatively busy was at best dangerous, and at worst very dangerous (we assume easy entry would have been via the campsite, but it wasn’t worth 18 Euro’s a night). Beyond was a stretch of open road next to what turned out to be an abandoned or out of season salt flat populated by Flamingos. This abandoned area looked attractive, because it was closer to the mountains and far from the town. So we decided to follow the road out of the resort and see where it ended (which it doesn’t). It was one of those `glad we did days and nights’, our first wild camp in Spain.
The road rolls out along a beach for running around 15 kilometres that you would have struggled to judge by eye (and I like to think I’m a reasonable judge of distance, this place proved I know bugger all). On one side, salt flat and scrub, the other wild beach, at the far end the mountains just rear up out of the ground. Between the end of the resort and the mountains are three small villages, the first is adjunct to the resort and succulent reserve (mostly deserted), the second looked like a set from another Spaghetti western (just a beach bar and the castle on the beach), and the third was no more than twenty buildings, one of which was a bar that was open ... we were amazed. On from this the road rose and edged the cliffs for several miles. This road was once the main road, before the spanking new dual carriageways were built. We walked at least two of those miles (all uphill), until we found a tiny hub of houses and a lighthouse, then the road went steeply down and we decided we’d seen enough. 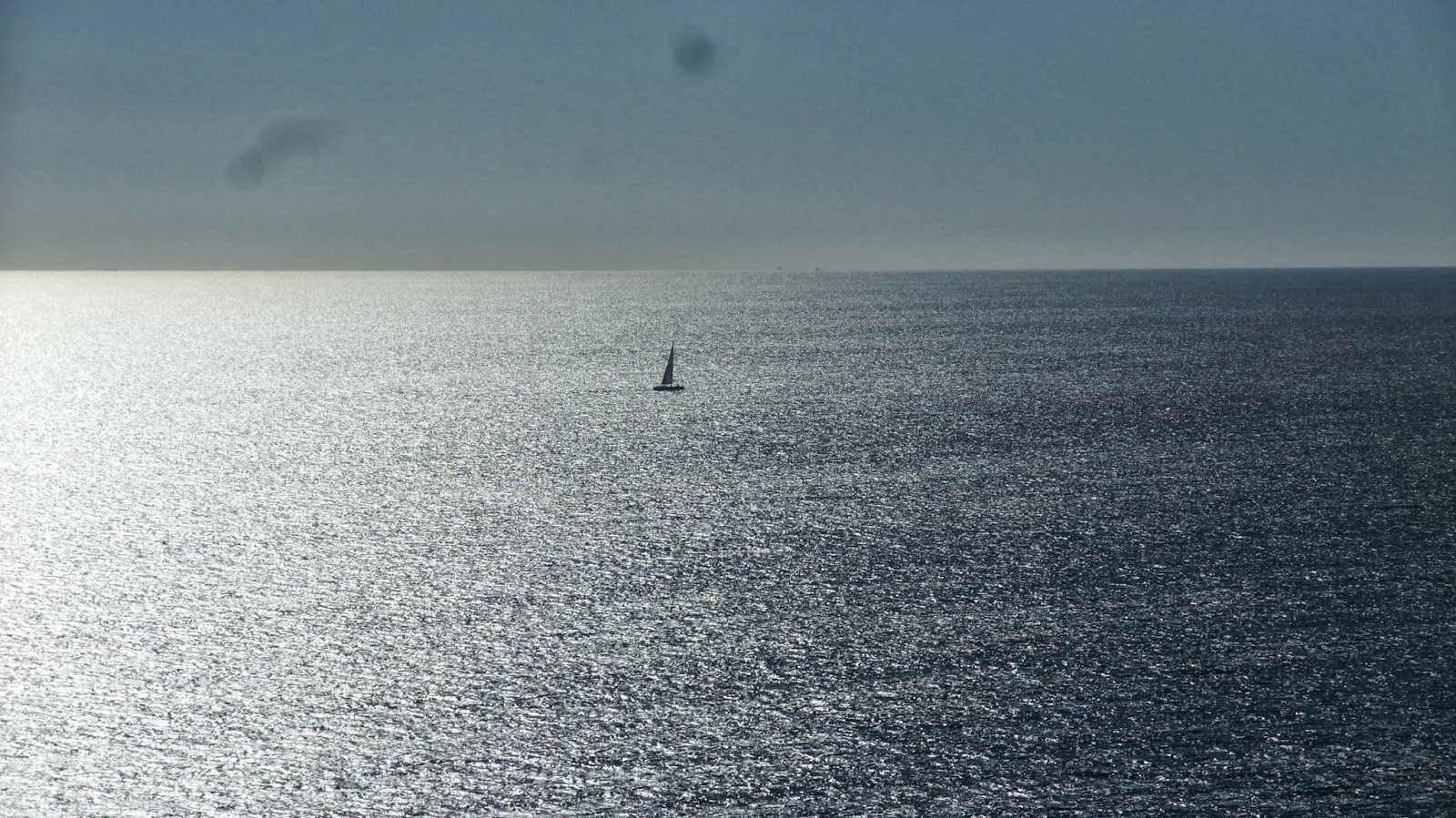 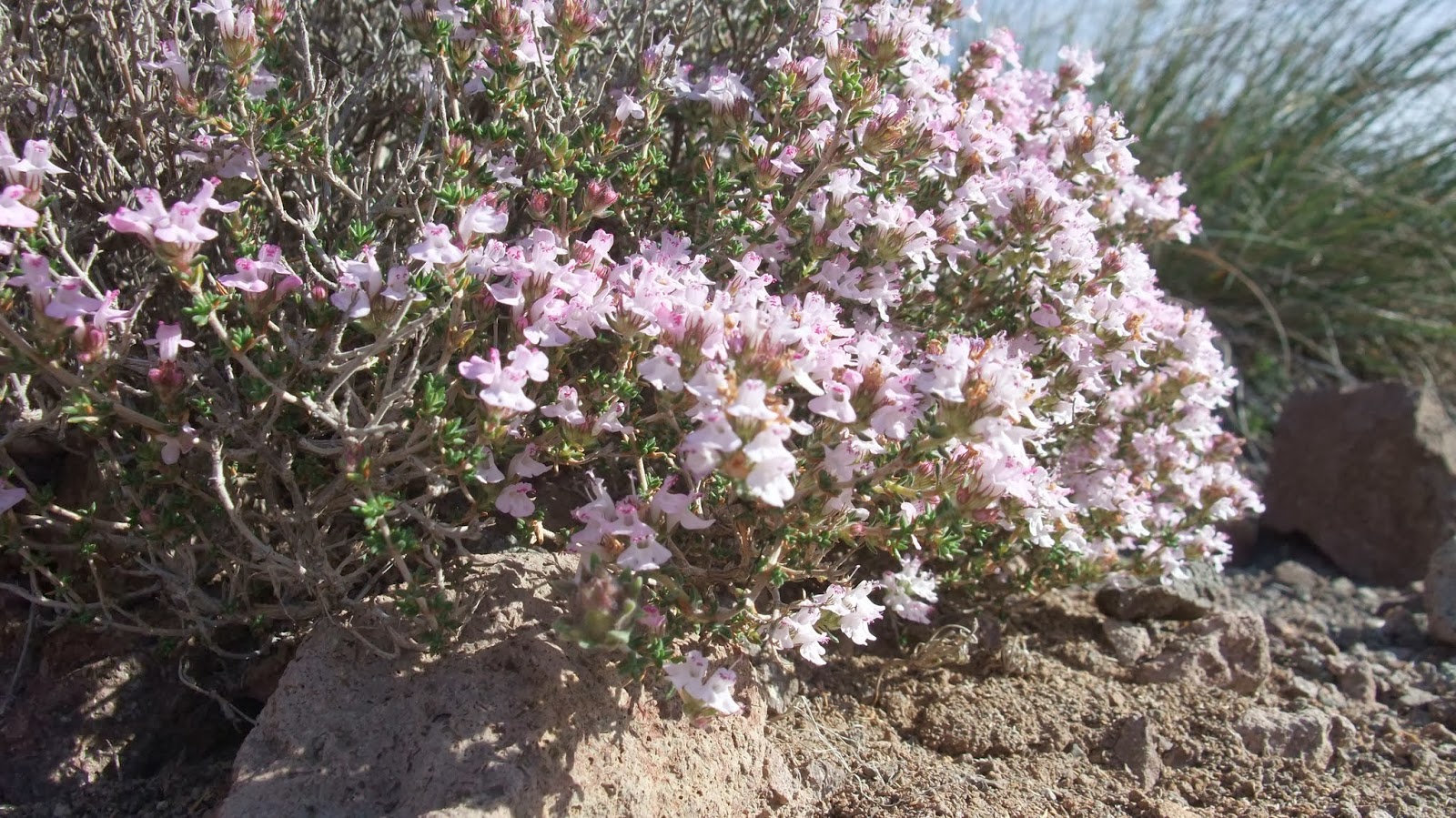 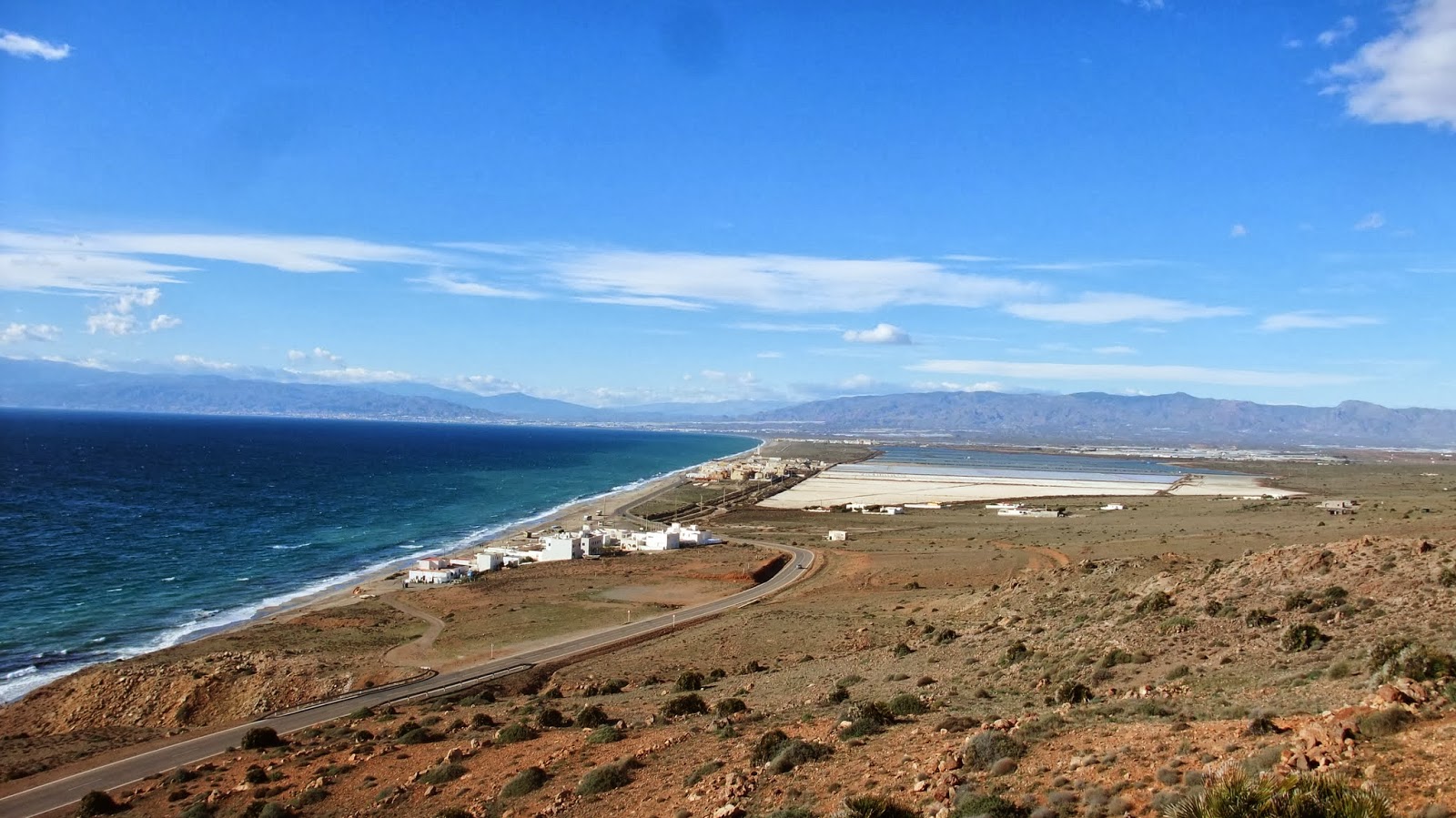 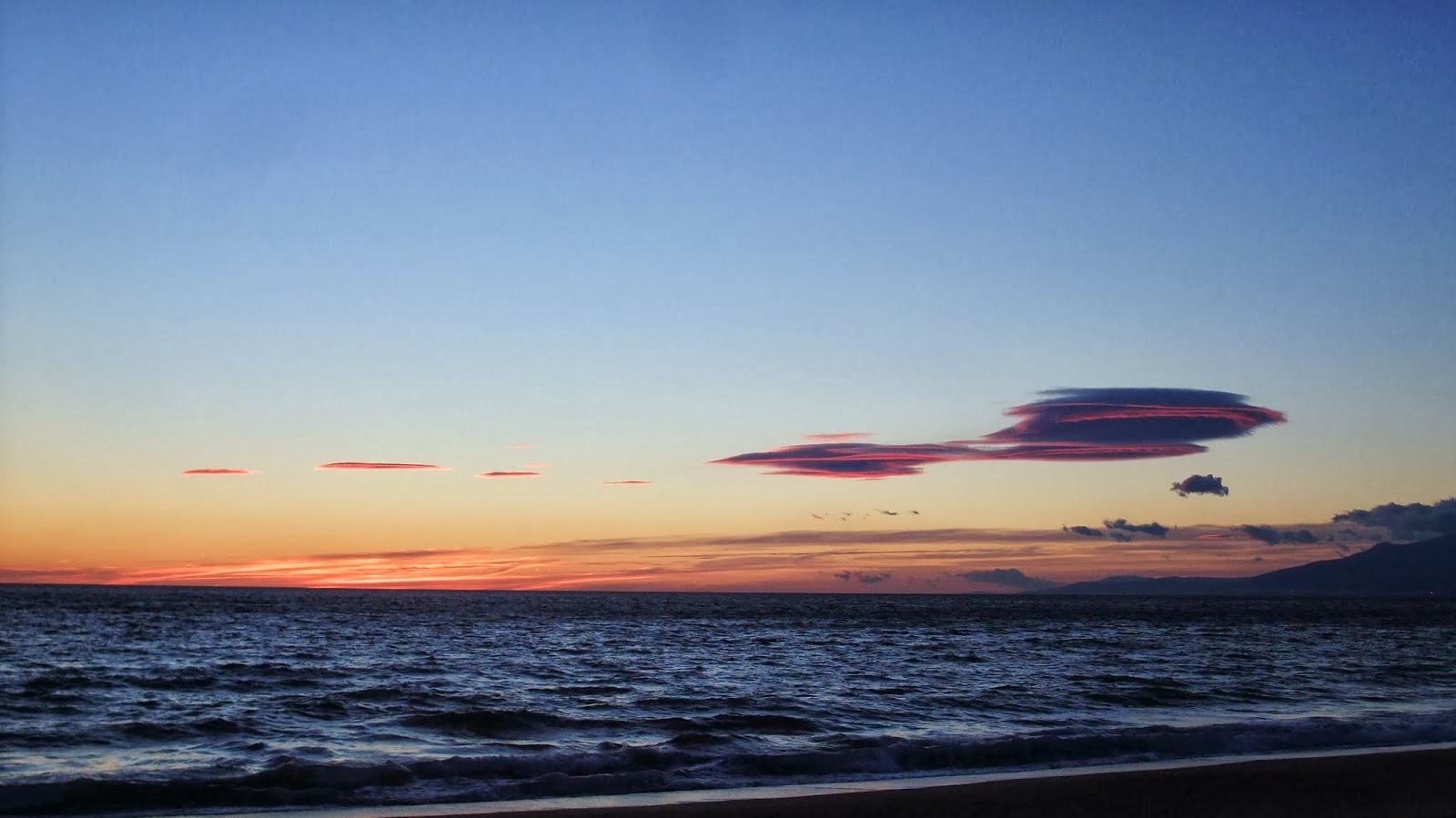 Speaking of old coast roads; we found one between Cabo de Gata ad Motril. It’s an absolute beauty, murder on engine temperature and ones ability to concentrate, but it gives a taste of why maybe Spain took a while to catch up to the twentieth and the twenty first centuries. In the pictures you’ll see an example of a new addition  to the network (not finished) that will allow the HGV’s that service the Motril end of the Tomato coast, to bypass the old road and make it less hairy for the rest of us.
In the bar in Cabo de Gata, there were pictures of the town in some days past when the sea water was pumped into the lagoons and allowed to dry and create salt, also pictures of the lighthouse before it gathered a small community of holiday homes.
All the infrastructure for the salt process is gone. It’s not quite a ghost town, but the rusting relics of days gone by are dotted along the shore, in the form of winches and cranes, beached boats upturned and bleached on their seaward sides and buried where sand has accumulated around the bows ... it was all very atmospheric . However you only had to cast your eye inland a few hundred metres to see the new kid in town. More tomato’s, Courgettes, Cucumbers and all sorts of other tender crops you can grow under plastic, these nestle between the mountains that run along the coast and a range inland (a wide high valley). This tomato coast must run for a hundred miles and more, the scale of it is vast.
The mountains of Cabo de Gata simply rise from the sea, you’re no more than a metre above sea level and then these enormous lumps of geology just thrust skyward. Multi hued, multi layered, pocked with caves created when the land was wetter and the softer rocks part dissolved. All this before being pushed skywards and sideways (in a manner very similar to our own Jurrasic coast). There are areas that look like no more than loosely compressed cinders and fly ash, layers that are multiple layers in themselves, of what looks like mud that hasn’t had time to compress to slate, then you may have a crystalline layer, black or Iron ore red, shot through with quartz where minerals have dissolved in some time past and then grown thick seams of brittle quartz crystals metres long. There are the hard layers, a sandstone that is grey and shimmering with Mica, pebbles of which litter beaches everywhere shimmering bright enough to make coloured spots in your vision. A quartzite type of stone hard as hard can be, and once the preserve of Neolithic axe makers (according to an exhibit in the Museum of London), and finally what looks like no more than scale from a kettle fractured into a myriad of roughly drawn geometric shapes, patterned with veins as if it were once flesh. 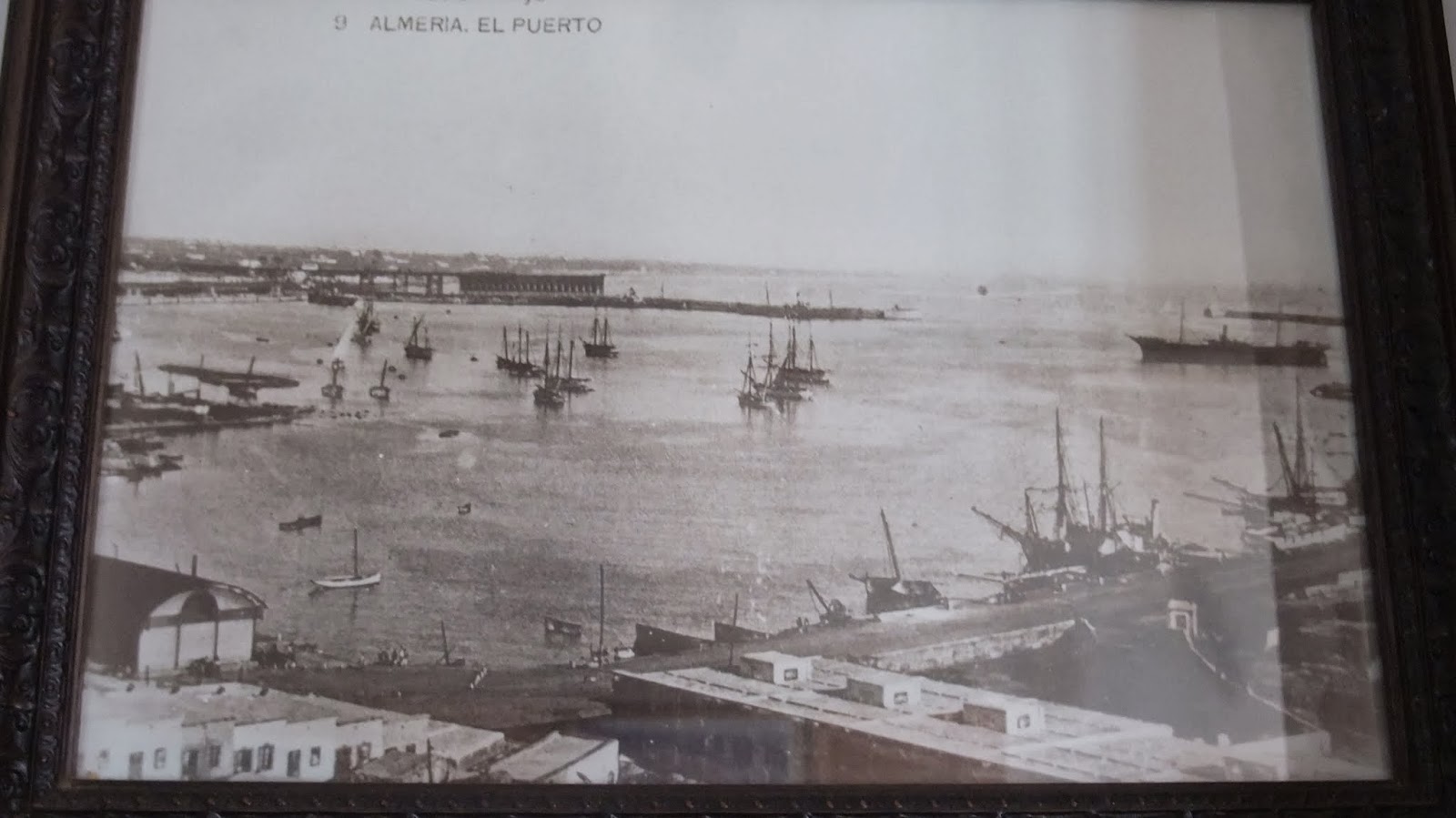 This geology business brings us neatly to our most recent destination Motril. The pictures we’ve added to this post are a mix of both areas. The stuff that looks like concrete is just rock made of a substrate like compressed black sand filled with a ballast that is mixed, quartz, quartzite, sandstone, mica stone pebbles  and stuff I couldn’t even begin to name. 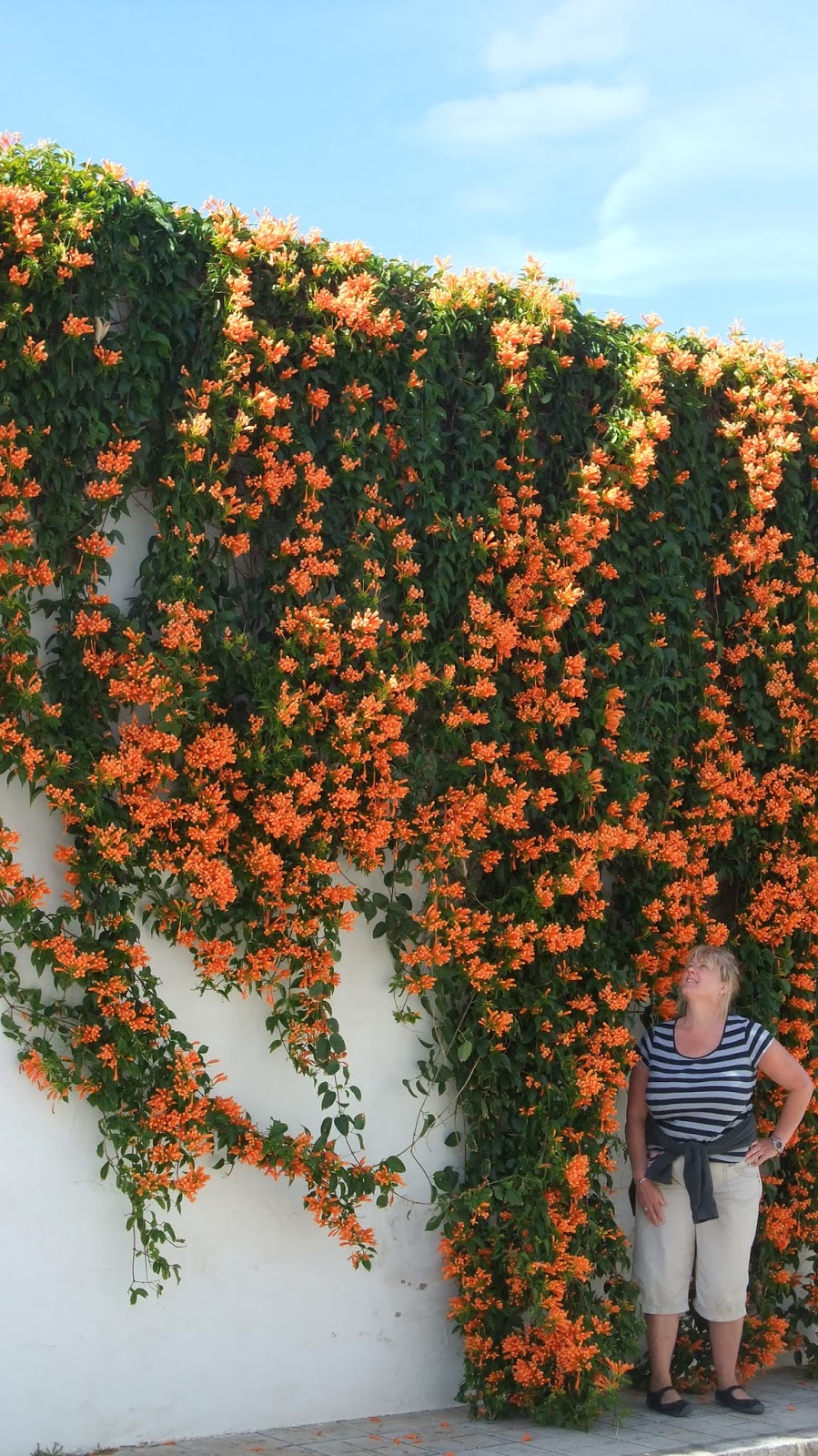 The thing that baffled us, is that fact that this rock has been in this state twice. By which I mean, the stuff that looks like concrete is laced with rounded pebbles. To create rounded pebbles you need wave action and lots of geological time. To then set those rounded pebbles in a black sand substrate as hard as concrete you then need lots more geological time, a covering layer of some other rocks, and for the whole shebang to be above sea level, or a good way away from the present shore to cook and compress. I’ve seen black sands like these in the Canaries, this is the first place in mainland Spain I’ve seen them, and it’s the first time I’ve seen it as a solid. Throw a hard quartz pebble at it and it makes a sound like a drum, and get up close and you would be forgiven for thinking men made it once upon a time and then left it for the sea to eat. 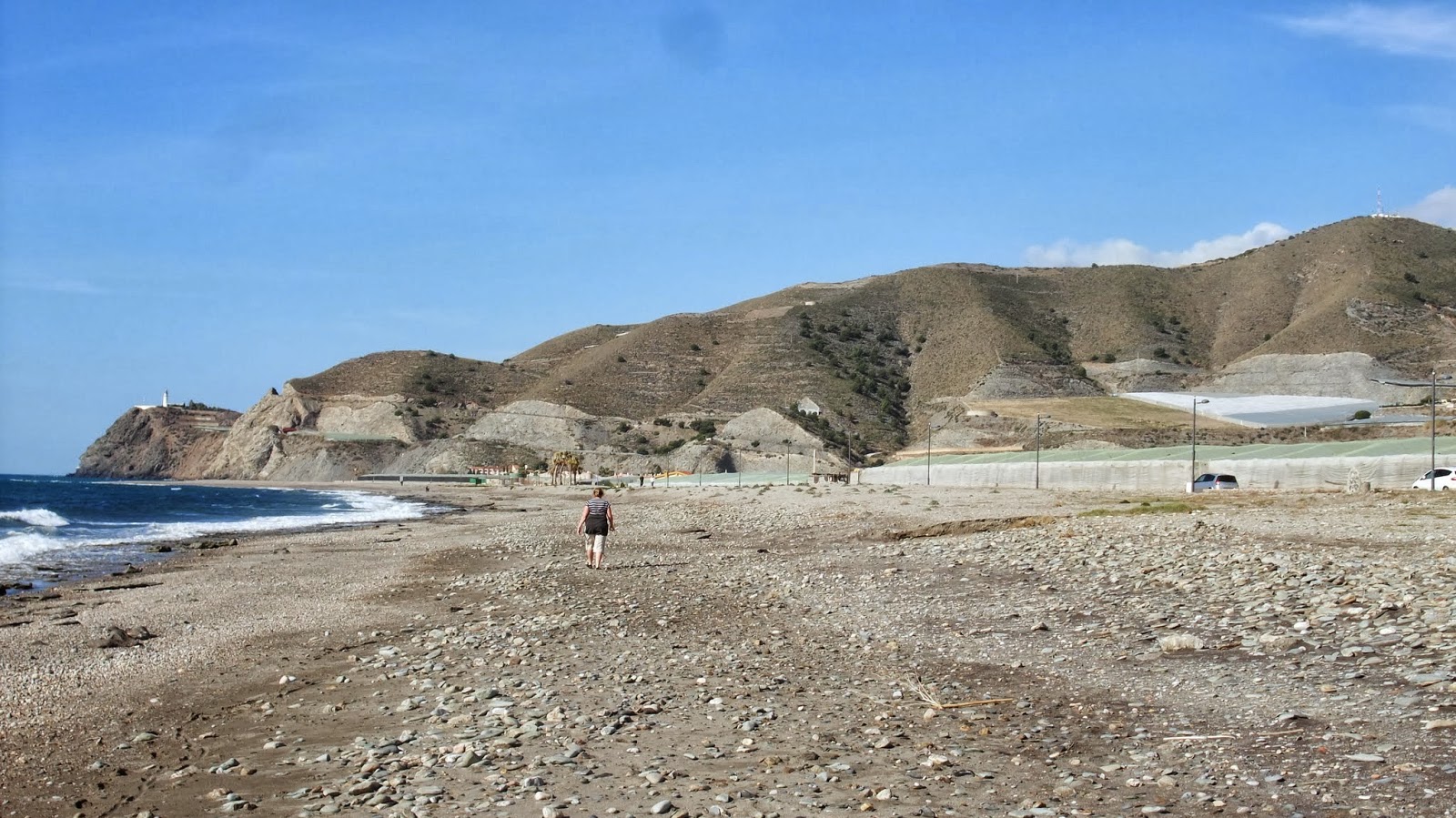 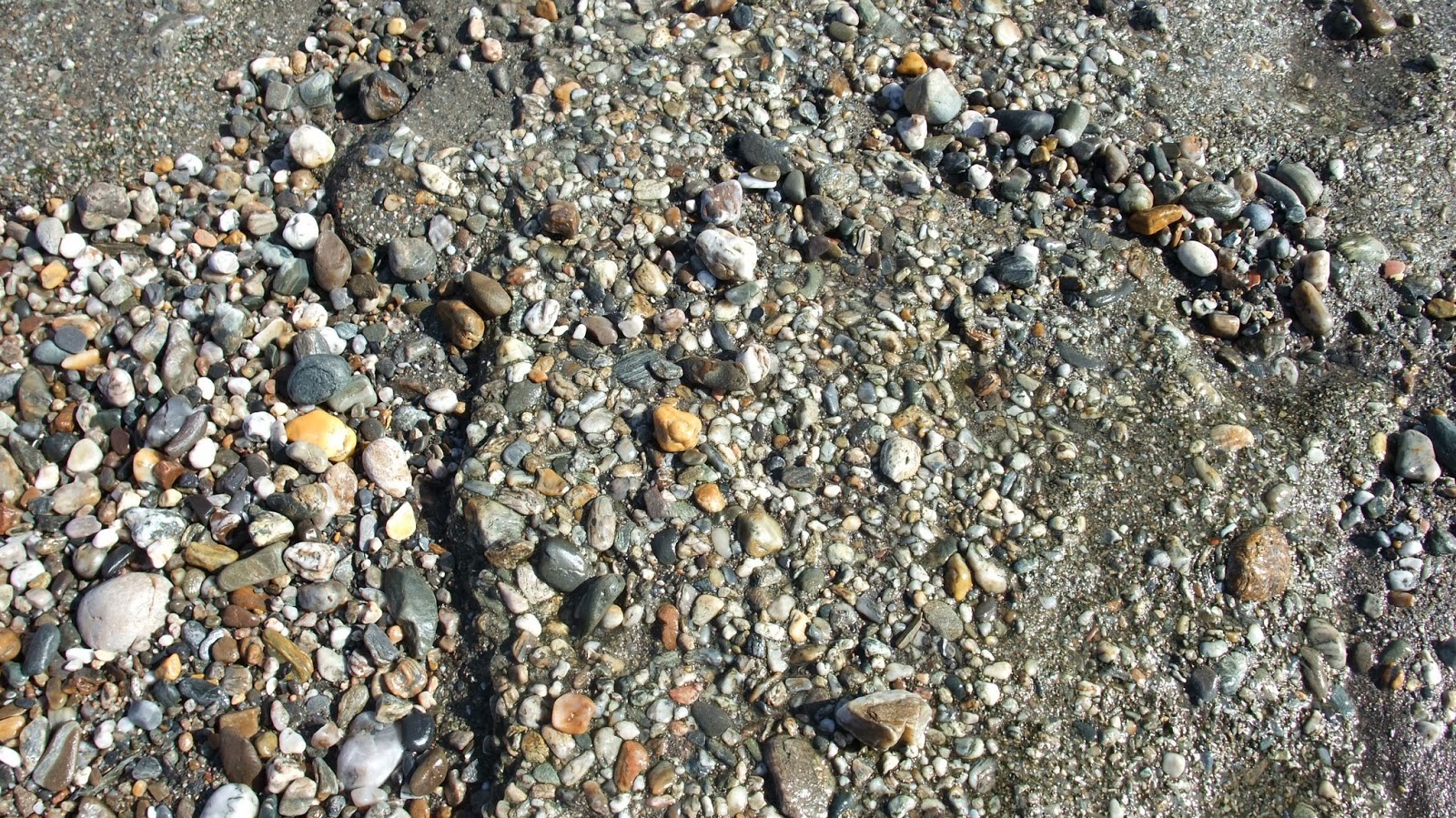 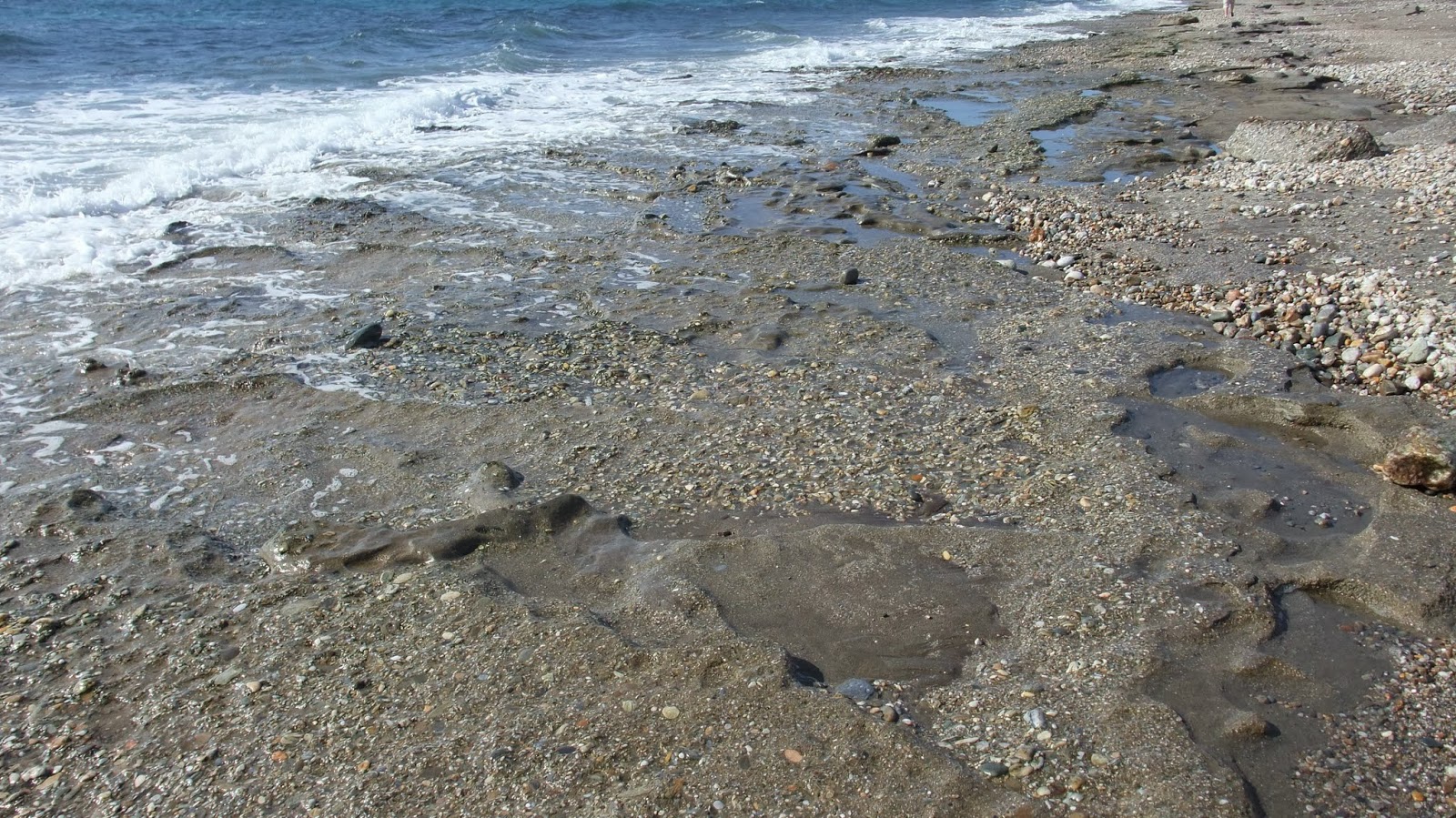 Today I have found a beach pebble of almost pure quartz, and apart from its surface being rough like frosted glass it’s completely translucent (with careful polishing it would be completely clear). If it was the only one like it, I would have said it was the thick end of a broken bottle worn down by time. However Amanda found one the size of a chickens egg and almost as clear, but also frosted. 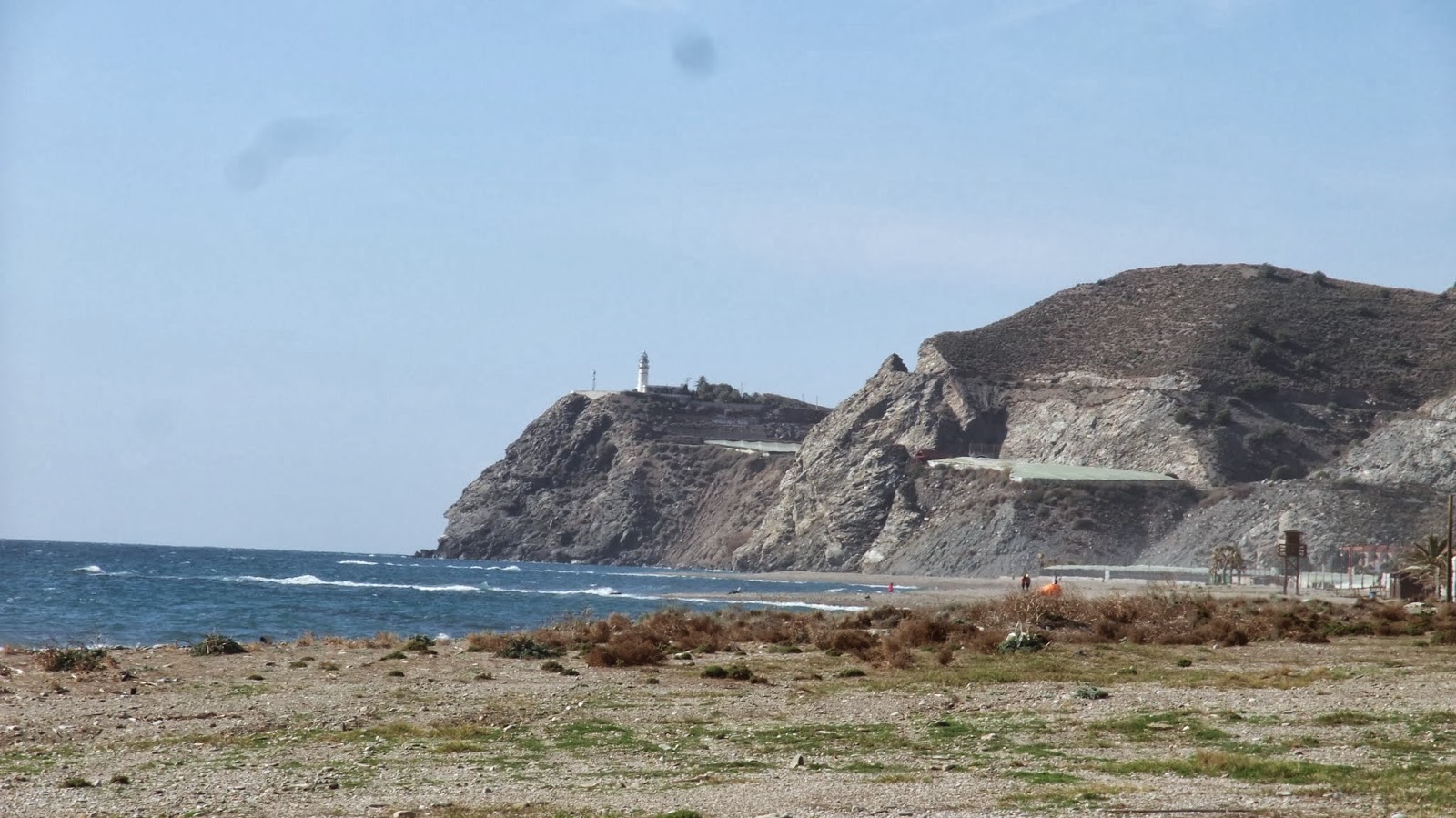 The agriculture is amazing, but the land beneath is the charm. Enjoy the pictures.We head up to Granada on Monday, to see Alhambra.