We travelled from La Marina around sixty miles to Cartagena where stayed for fiv days at a Naturist campsite. It was an experience not to be forgotten. Of all the campsites we’ve been to it was by far the most social, with a real evening scene in the on-site bar. The campsite sat at the end off a road near the village of El Portus surrounded by mountains on both sides, with a suntrap beach facing almost directly south. We experienced a mini heatwave and had bright sun every day.


The reason we stayed at the naturist site was down to the logistics of getting back into Cartagena, or put another way: the naturist site was the closest open campsite to Cartagena. We walked and scrambled the eastern cliff to get a view of Cartagena which as the crow flies is no more than three or four miles east. By road it was closer to six due to the rather large lumps of geology that stood in the way. 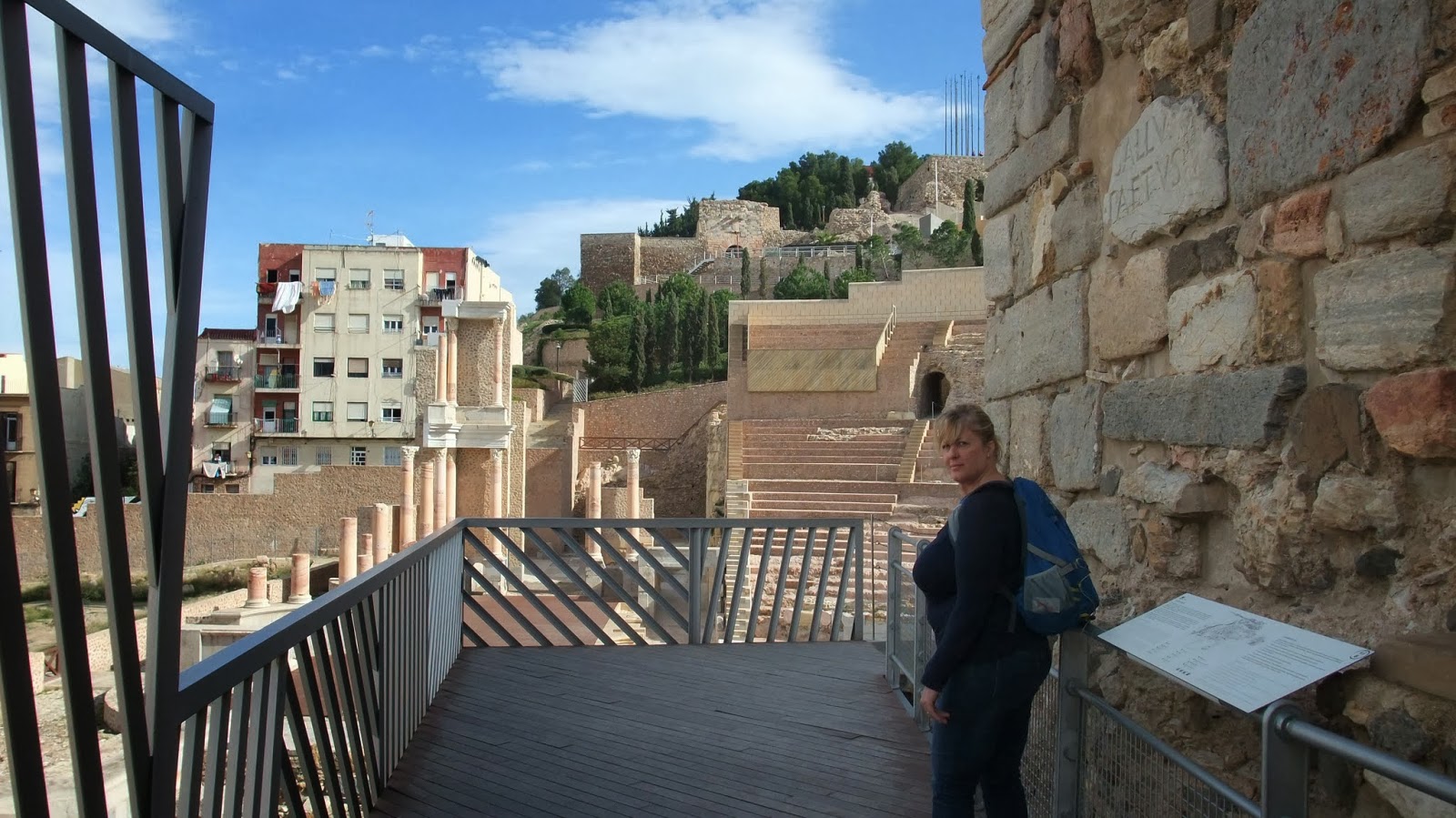 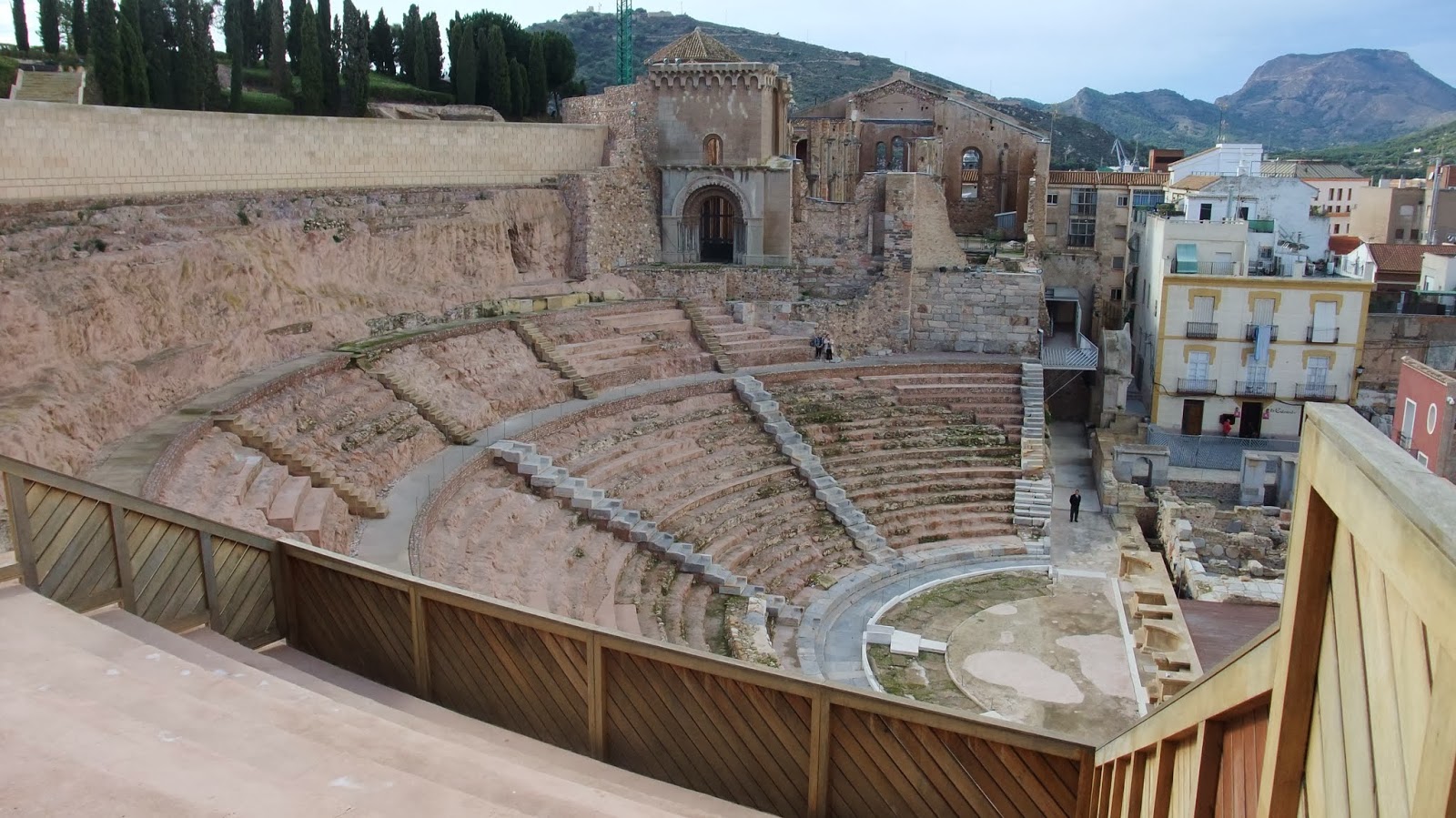 Cartagena is another ancient place, once a province of Rome `Carthago Nova’ (or New Carthage). It was the disembarkation point for Hannibal when he took the elephants over the Alps, it’s also been Arabic and Moorish, but was probably first used commercially by the Phoenicians. 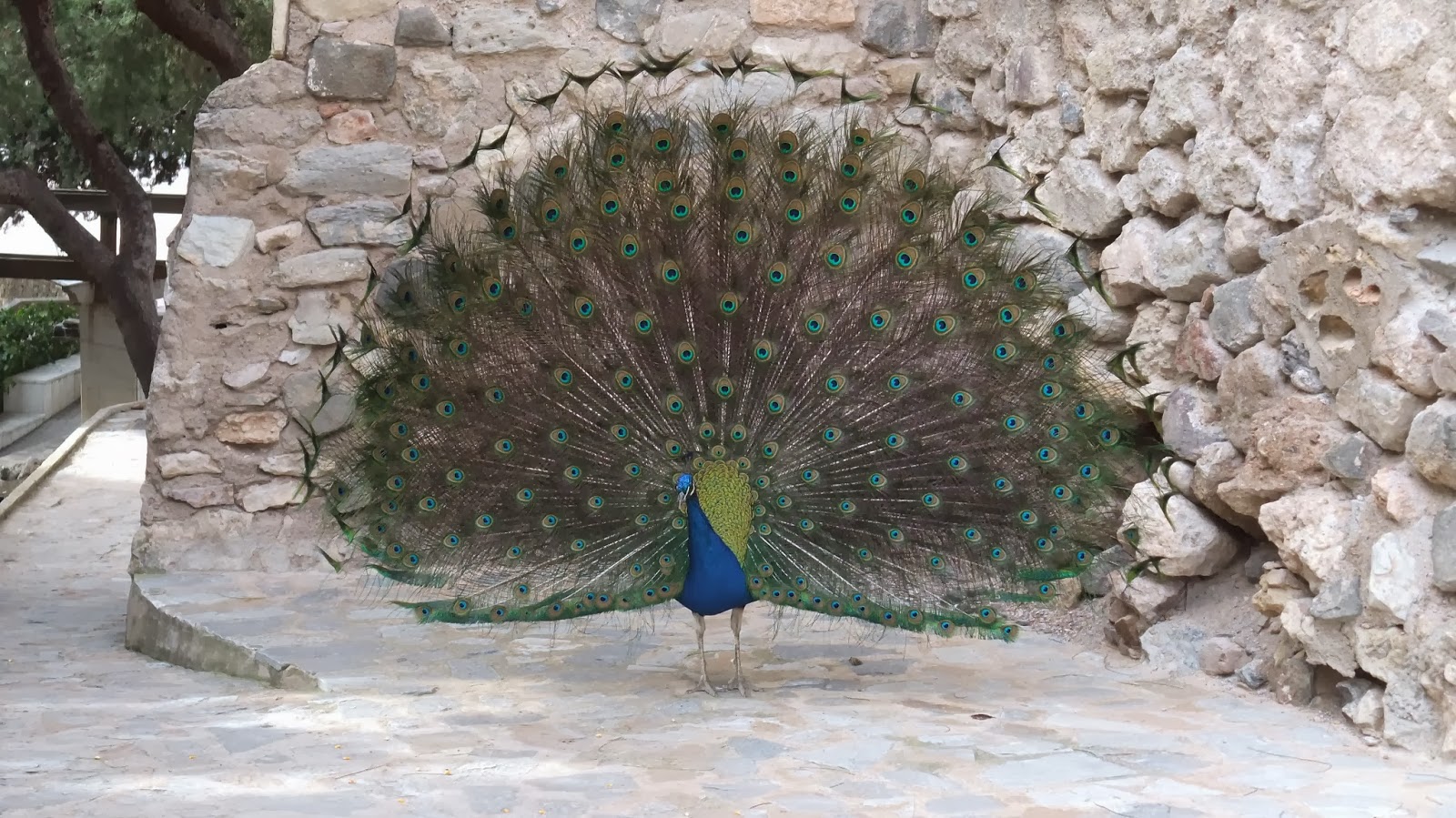 http://en.wikipedia.org/wiki/Cartagena,_Spain (as ever Wikipedia will explain more for those interested). 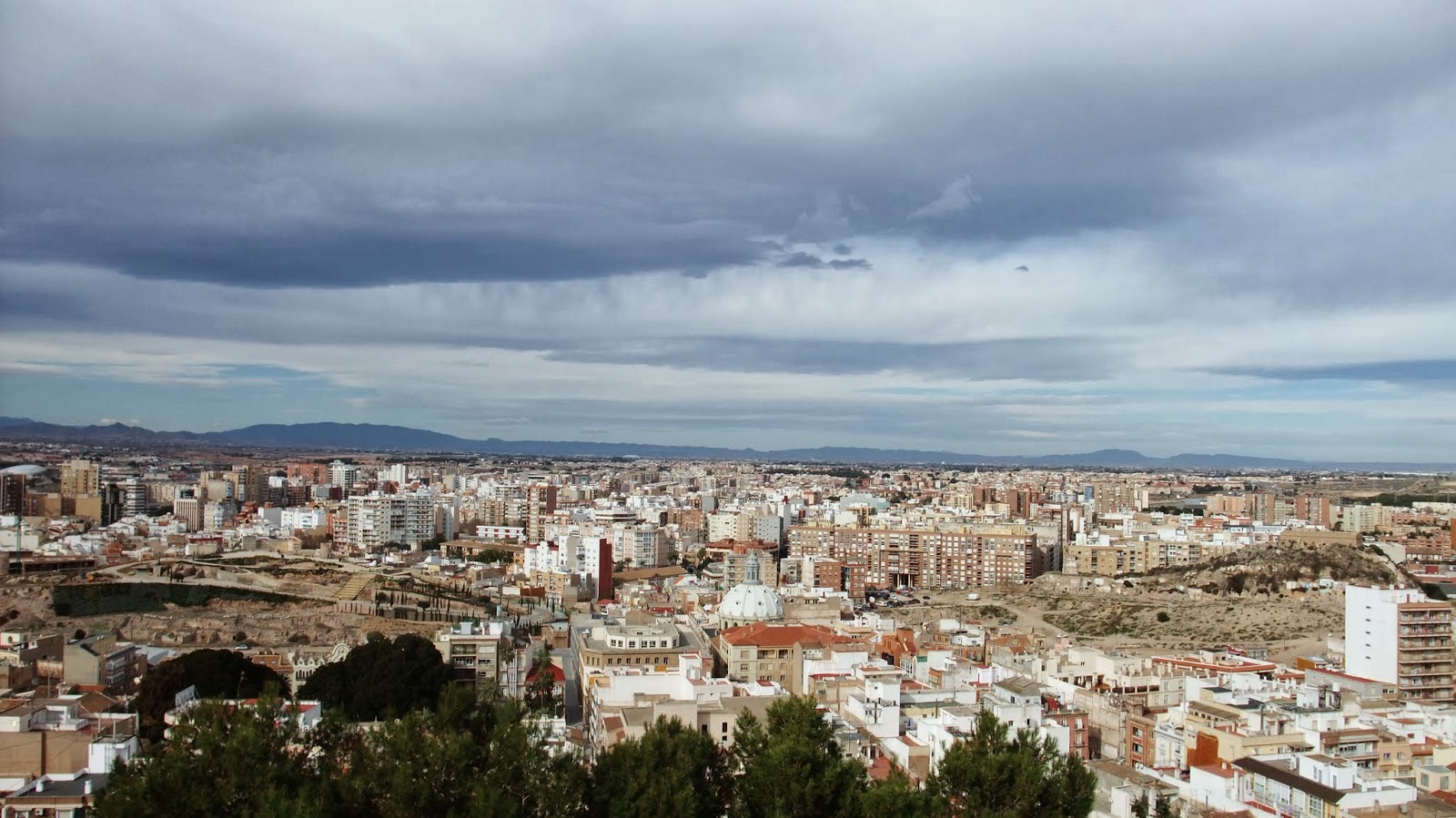 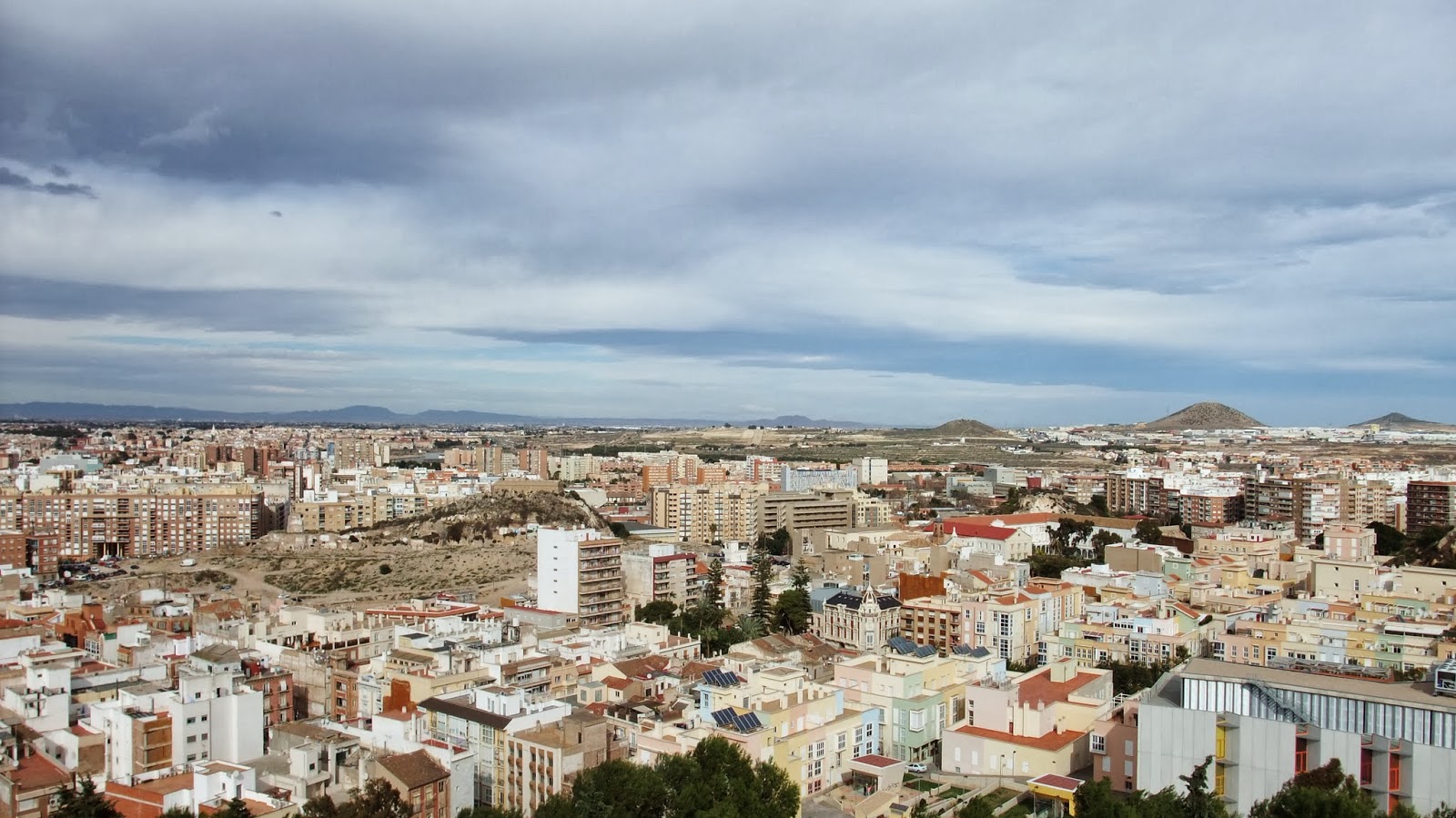 It’s old 2000 years and more, however because of its North African influence General Franco apparently ignored it because of racial impurities. This explains why in the main, the archaeological sites it’s now becoming famous for, lay untouched and undiscovered (shockingly for those from the UK who are used to our history being laid bare) until the very last years of the twentieth century, and as recently as 2008. The current mayor and civic authorities are more than making up for the past now, we are pleased to say. 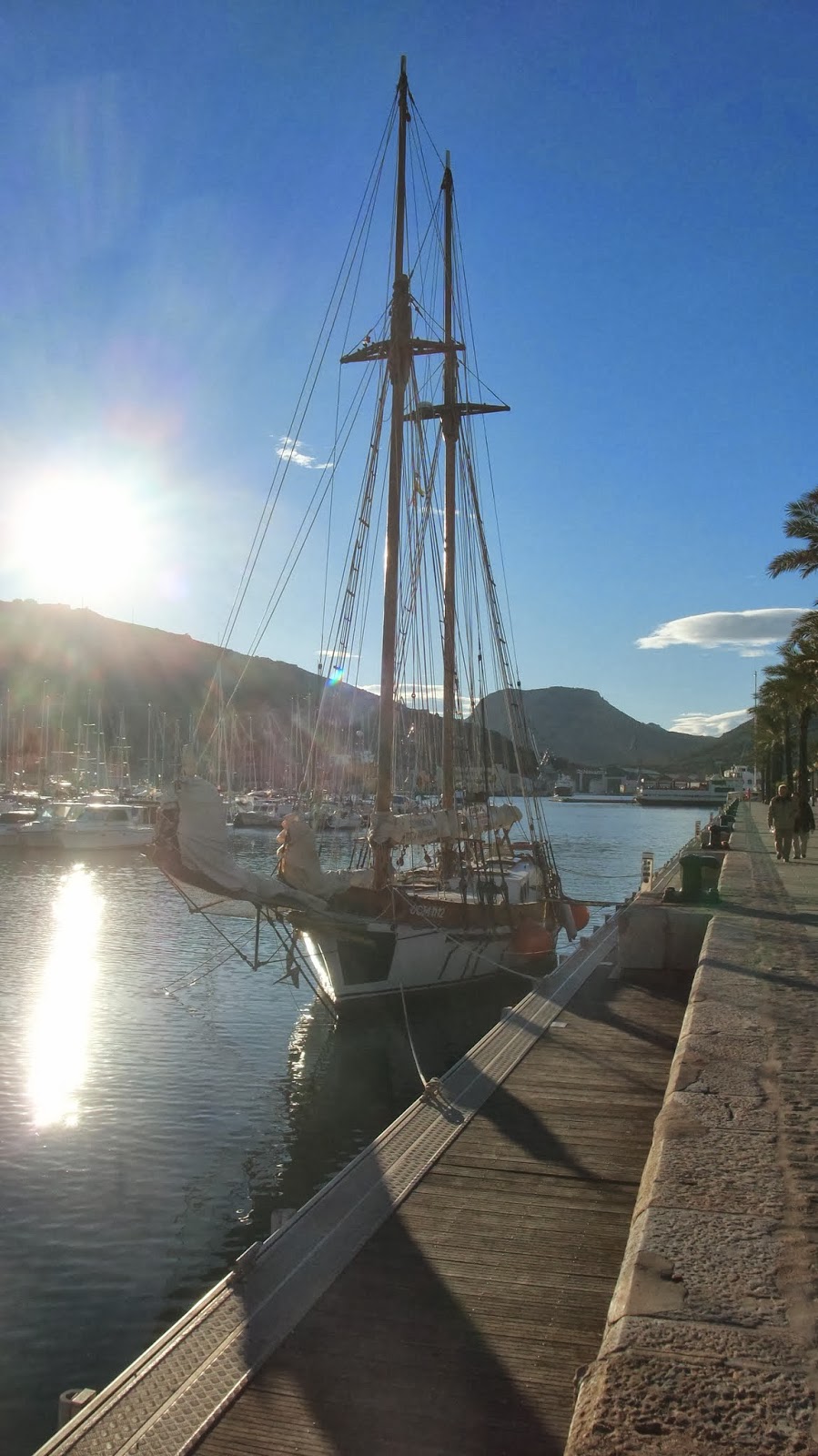 The natural harbour, which has been augmented over the centuries is huge and now houses an oil refinery, the naval shipyards, a yacht club and marina and small container port. From our vantage point at the top of the cliffs at El Portus we could only see the far outer sea wall and the very fringe of the refinery. From within the port you can only see the highest tips of the refineries chimney’s, and even from the top of the castle in the old city you can still only see the highest parts of the refinery’s structures, you can however see all the rest of the harbour, old city and the urban sprawl inland, all interspersed with great lumps of geology and ringed to the west by mountains (to the east from Alicante the land is mostly flat, but still quite high relative to sea level). The port itself at its southern extremity is fringed by more rocky hills. And all of the significant hills and mounts around the harbour and old city’s castle have forts and castles of their own. Some of these are still in use as offices, museums, military hubs, and inside the walls of one a brand new hospital has been built.

The drive down was interesting, lots of agriculture; vines, olives, almonds and salad crops. Dotted here and there are dozens of derelict and abandoned windmills, some for grinding grains in days gone by, but a fair majority (we were reliably informed) were for pumping water for irrigation in the days before boreholes and electric pumps.

Anyway enough of the scribble, we’ve landed at a site with fine wifi, so I’ve uploaded lots of pictures enjoy.