This is a weather report, last night we were hit by an offshore gale that drove some of the campers on the shoreline to retreat back to the walls and terraces. On the day we arrived we parked on the shoreline, and after about half an hour I got antsy because I was worried about being hit by an `onshore’ storm, and so we came up three levels. We were protected from the worst of it, but in terms of buffeting, it made the night we spent at the Harrisons in Somerset during the hurricane feel like no more than a breeze. 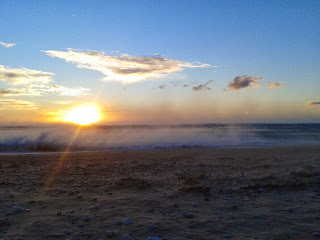 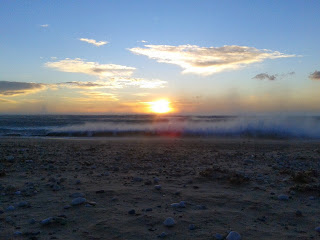 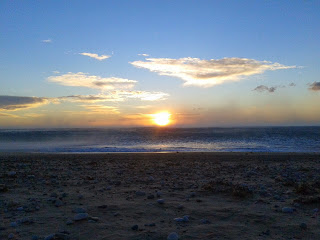 With only eighteen inches of camper body exposed to the full force of the wind, still on at least half a dozen occasions it felt like we were going to be blown over. 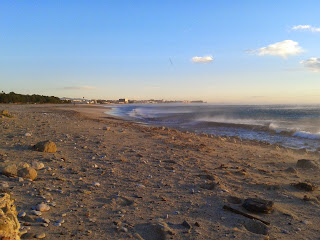 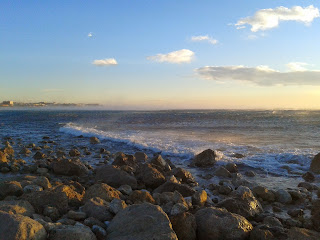 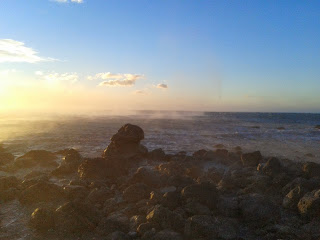 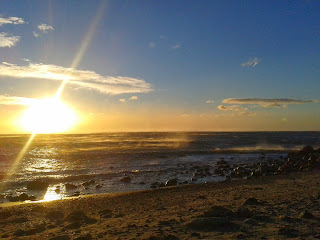 We have taken some photos of the weird effects of the storm on the sea at sunrise. Now at 1pm it’s still blustery but the sea is going in the right direction, the sky is blue and the sea is a turquoise of stunning clarity. The pictures aren’t blurred that’s the familiar rolling surf here being blown backwards and shredded to spray. The distant lumpy looking shots are of spray whirlwinds a long way offshore (we were hoping for a water spout). 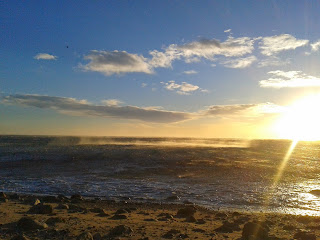 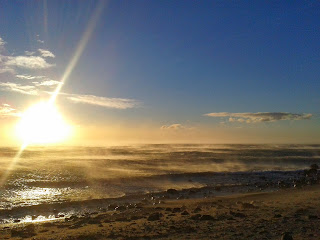 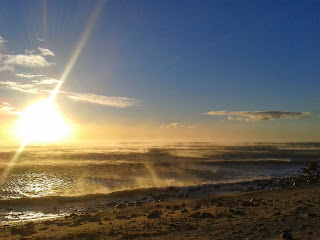