Just a few pictures from around Paphos on our recent break and a link or two to sites of interest. 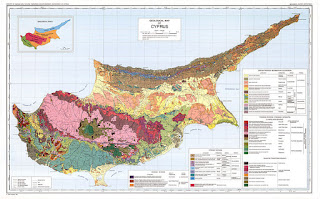 Good people to book a day out with.
http://www.enjoycyprus.com/kayakingcyprus.htm 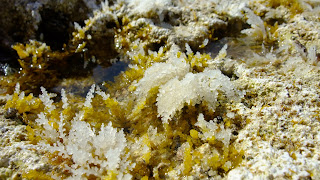 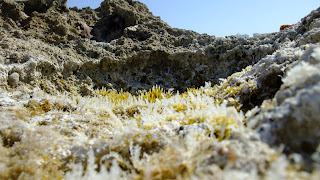 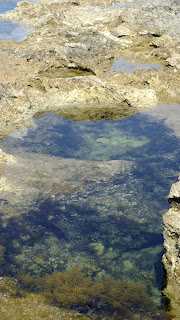 Kayaks getting ready to go a kayaking ... there should be some other pictures eventually, but I didn't take them. 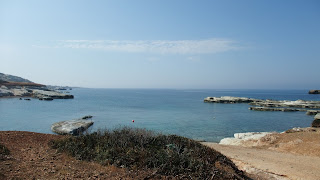 Our bit of coast for Kayaking along and poking around in sea caves. 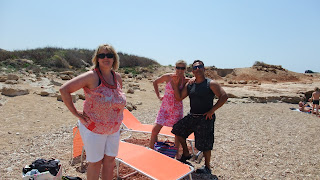 Amanda, her sister Alison and her fella Yani (they live in Cyprus). 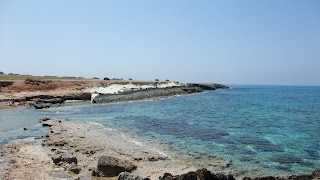 Collapsed edge of a cliff that used to be part of the roof of some sea caves. 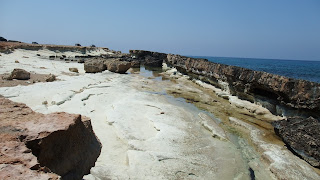 Same edge from the inside. 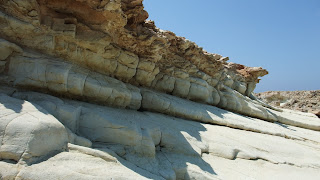 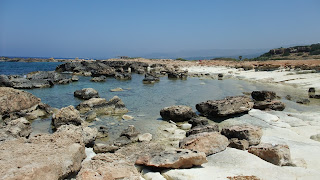 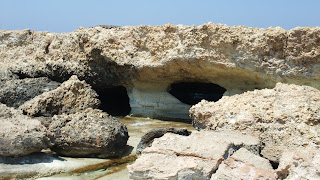 I found what looks like a bit of a sea cave. 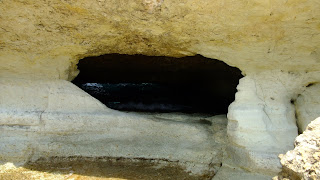 But can you get in it and poke around with out being mangled by churn? 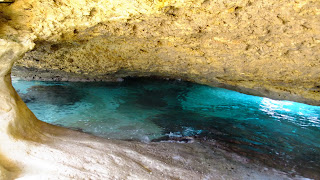 Yes you can ... however I went all the way back and swam from the other end first because it may have been the case that this side was nice and safe ... and the other could have been a real pain in the arse. 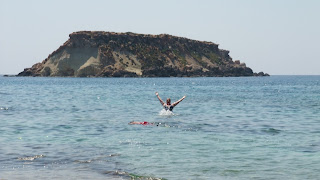 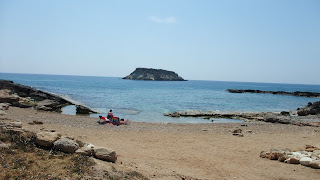 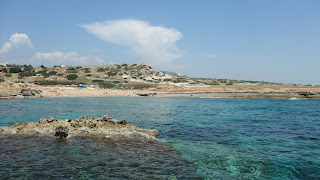 Same bit of beach from the spit of land opposite. 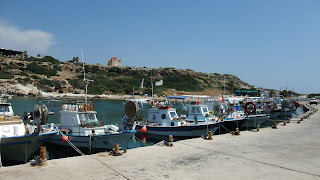 A hundred yards or so north a secluded inshore fishing fleet, with a tiny tourist beach, some sailing boats and a beach bar ... who knew?
Posted by ILTYT_Adventure at 09:10