What can you say? They are difficult. When the times were good they would look at your home knowing full well that the lenders would throw 95% to a 100% at any old knuckle dragger who could provide proof of income ... even if that proof of income was supplied by said knuckle draggers accountant (or at least on a sheet of the accountants headed paper), and included twice the basic salary plus 50% for good measure, based purely on the facade that the economy was running away like a steam train. We all know what happened with the banks next, and to be fair my arse is still feeling raw ... and I don’t have any debts except the mortgage, and it was entirely affordable before the general cost of living sky rocketed ... in the words of Gunnery Sergeant Hartman (Full Metal Jacket) they didn’t even have the goddamn common courtesy to give me (well the greater population of the UK really) a reach-around.

So what’s changed about estate agents? Well it seems they’ve all become better men from the experience of the crash ... ahem ... none of them feel like they are the typical estate agent and that they like to think that they break the mould ... all of them, they all had the same script. The latest recession has changed them, they’ve had a short sharp shock, six of the very very best for their sins and now are all repentance and verisimilitude ... ahhh isn’t that sweet. Nowadays they aren’t the evil in the system ... no siree, it’s not them that’s the problem ... they would “market the property at whatever asking price I pluck from the air”, “but?” (see repentance and verisimilitude above). 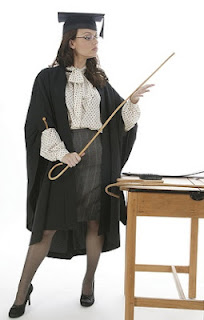 The estate agents now claim that the issue is the surveyors that do the valuation survey for the lender ... the bastards that in full knowledge of the shenanigans around lending to sub-primes here and abroad still made up pretend money, and did their own version of quantitative easing called ... interest free credit with nothing to pay until ... the shit hits the fan. The surveyor says the ceiling on the value is £xxxx and so the lender will only lend to £xxxx ... that’s probably how it’s always supposed to have worked ... it just happens to feel like shite when you think of how quick the money lenders were to heap debt on us just three and a bit short years ago.
Estate agents after pretty much twenty five years of running the show now feel like mortals again ... in their own scheming way. The early eighties was the start of the boom and despite the fact that there was a mid-point crash, estate agentery has continued to attract wankers of the first order looking to make a quick buck ... but without the bollocks to become a city trader or the brains to become a lawyer IMHO ... they must be motivated by the idea of owning a BMW M3 or something trendy and tinny with a soft-top if they are youngsters.
So what’s the scam now? Well from my perspective (and some may call humbug on my opinion) it’s the fact that estate agents still need to shift property to stay in a job, but clearly the margins have gone down in the mass market (that’s most middle income earners with anything from a one bed flat to a three bed house almost anywhere). To stay in the game they need to provide tick over-turn over,  to maintain the market in a virtual state of abeyance (Mervin King Bank of England Governor used the phrase “stable but static” regarding the UK economy just a week or two ago ... it’s the same thing just a few billions above your average mid terrace three bed along the Thames corridor ... Mervin King also said some time ago that it was a “bust without a boom” see interest free credit quip above ). 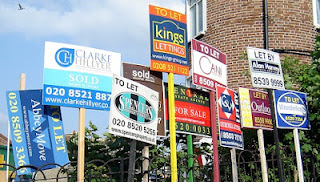 So three estate agents of five called back, three took their turn at telling me they were all different from the others, that their hands were tied, that it’s the lenders, surveyors that are the evil. And that our home is at the very best only worth £10k more than when we bought it three years ago, and that whilst it is immaculate we are competing with semis and end of terrace properties, so we should pitch low to get the footfall. I have to say the actual range was from a little over £5k value increase from the most pessimistic agent (that would imply that all our work is without any value at all) to a £16.5k increase (a risky punt, but we appear to have done everything you could ask).
There are two ways of looking at this:
1.       Eat shit a billion flies can’t be wrong.
2.       Your trying to fuck me over because we’re easy low level turnover.
You need to do your research. If you aren’t willing to put in the hours then you just can’t expect to beg a reach around. We have been watching the market in this immediate area religiously since February (we’ve not viewed any properties other than via the web, papers or drive by’s) so we’ve seen the state of some of the properties coming onto the market. We’ve been to and past them so we can get an idea of what’s out there and whether we can compete. So, when two of three estate agents wave properties on their books and their perceived value under your nose pointing out that round the corner X property is only rolling around £xxxK, so yours is only as valuable as the lowest common denominator. You have to have a clue; you either need to know that that property is a shitehole from the outside and equally rough inside from the photos of decor fixture and fit, and in a rough or barren area and that yours is only similar in so far as it shares the same number of rooms and similar dimensions ... or you’re stupid and you will be led up the garden path, and the estate agent will walk away with the commission, and you’ll walk away poorer for the experience (again IMHO). 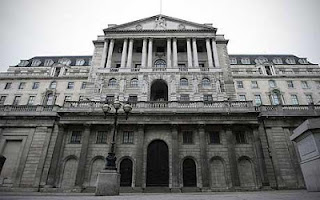 From this very recent experience and from the experience I’ve had selling a property during the early part of the last boom (when I made a shedload of cash from a sale), and selling in the second year of the last crash in 2008/2009 (we lost over £20k against the original purchase price in 2007), I’ve seen estate agents at their smarmy best, brimming with confidence, and at their smarmy worst basically tucking us up. What’s changed? Nothing. Maybe at some level there is a degree of honesty as applied according to the tenets of the TPO code of practice, but I don’t think I saw that last Friday. I think I saw a now desperate industry talking down the market playing a blame game and trying to get the leanest margin to pay the agents office rent and to tick over in hope of better days to come, and premium commissions from the top end of the market, that may be fewer and further between but 1.25% of 2.5million is a lot more than 1.25% 250k.
As final note: We went with the risky punt option, pitching between the semis and end of terrace properties, with their additional sideway access or full off street parking (we only have off street bays) and the skuzzers. I judged that with the work we have done; the blank canvas we have created inside and the neat and multi functional garden outside that our home has had the full Phil and Kirsty treatment. And that the balance for the prospective buyer is:
1.       Buy our home at the upper end of the price range for type: move in put your feet up relax ... wait for spring sort out your summer bedding, relax again.
2.       Buy a property at the lower price end and spend the difference between the lower end and the higher on making the lower end unit look tidy ... and still being skint and working every last hour into the bargain to get it right (We’ve just done that for the whole summer so we know how it feels).
I hope we’ve got the balance right. We took a shot on a repossession before we bought this place, it was a steal at under £120k. However when all was said and done, the size of the task in bringing it up to scratch would have cost at least £30k (bare minimum), and right now according to the estate agents we’ve just seen, we wouldn’t have broken even by today.
Posted by ILTYT_Adventure at 06:21